Books | A pioneering publisher traces her own family’s trajectory 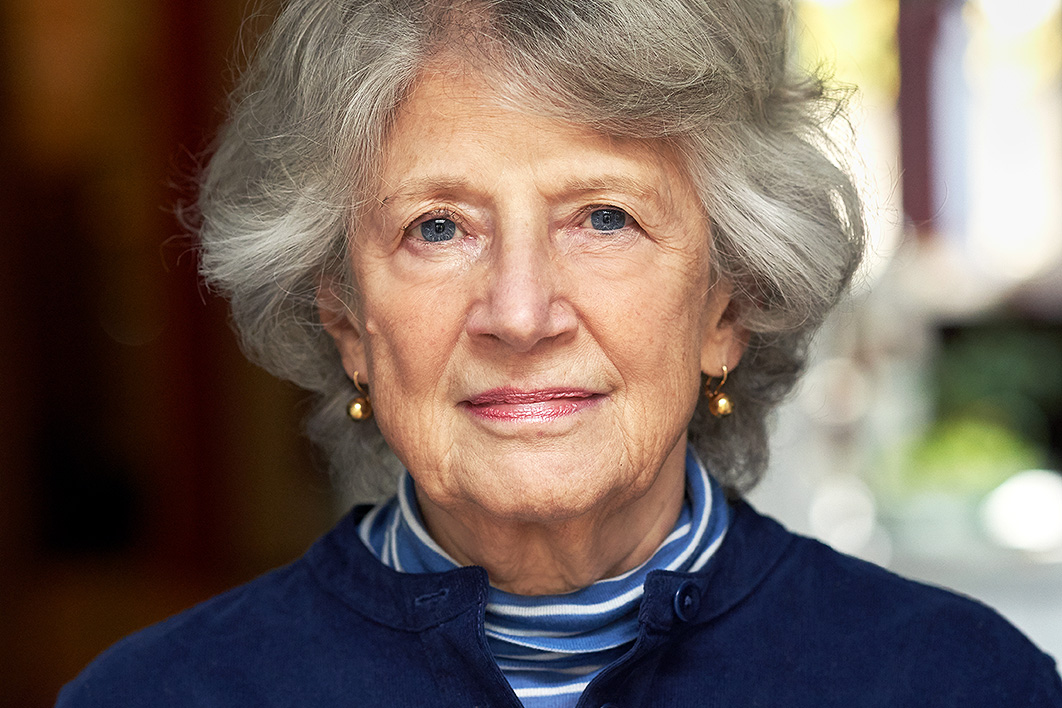 In an interview when her book Bad Faith was published in 2007, Australian-born Carmen Callil — now Dame Carmen Callil for her services to literature — spoke about being scared. She claimed to have been scared when she started Virago, arguably the first and the premier feminist publishing house in the English-speaking world. She was scared when she started writing Bad Faith, she said, and also of speaking in public. She never stopped being scared until she learned to ignore it. Which is a little like how I’m feeling now, embarking on this review of Oh Happy Day.

For Oh Happy Day is a whopper of a book. It sweeps through three centuries of British and British-Australian history by tracking the lives of her working-class English ancestors, those “busy insects of the early Industrial Revolution.” Driven as it is by the concerns of genealogy, it’s a history that makes little pretence of objectivity. As Callil warns in the preface, “a book such as this, both story and history, requires a different approach to history” — an approach that still relies, after “copious investigation,” on intuition and supposition. I’m not sure this differs much from the way any history is written, but that’s another discussion. What isn’t in contention is Callil’s passion, in life and in letters.

Bad Faith was likewise propelled by a personal connection. Her first major book after retiring from a dazzling, indomitable and astoundingly successful career in publishing, its catalyst was the shock suicide of her own psychotherapist, whose father had been exposed as one of wartime France’s most odious anti-Semites, responsible for sending many Jews, including children, to their certain deaths in the camps.

Callil’s biography of the father, Louis Darquier, was meticulously researched and compellingly written, yet it managed to infuriate many of its readers. These were found mainly among those who still dismiss the suggestion that the French were anything but heroic in their resistance to the German occupation and its Vichy collaborators. But the Israeli government also condemned her for taking a swipe at Israel’s occupation of Palestine and treatment of its people.

So whom does she swipe at this time? The answer may be found in Oh Happy Day’s subtitle: Those Times and These Times. Right from the start, Callil makes clear the parallels between what have been called the “heroic years” of Britain’s Industrial Revolution and the austerity set in train by the neoliberal capture of Anglosphere democracies in our own. This sets the stage for examining where her forebears sat on the rigid class pyramid that characterised British society in those days and still, with a short-lived dismantling in the postwar years, stands effectively unchallenged.

Callil’s pyramid has the monarch at the apex, royalty next, with the aristocracy, gentry, middle classes, artisans and tradespeople, servants, the labouring poor and paupers in descending order to the base. It doesn’t take much imagination to extend the analysis further, as she does, comparing the forced migrations of earlier times and the refugee populations of our day. All of which flies in the face of narratives of human progress championed by the Anglosphere’s conservative politicians and historians.

But this is a family story as well as a record of the times. It opens with a woman named Sary, Callil’s great-great-grandmother, known throughout by that diminutive to distinguish her from all the other Sarahs dotting the family tree. An illegitimate child, she was born in 1808, when Britain was still at war with France, and lived a precarious existence on the lowest two steps of the book’s pyramid. Her descendant, Australian-born but residing in England since the 1960s, takes pains to situate Sary in the historical settings of her remarkably long life, which began in penury in Leicestershire and ended in relative comfort in Melbourne at the height of its 1880s boom.

The other forebear we follow is George Conquest, who made a living as a bargeman on the East Midlands canals until the coming of the railroads ate into the business and he was convicted of stealing a roll of hemp. From the diligent records kept by the ruthless criminal court system of the time, we learn that he was five foot seven-and-a-quarter inches tall and had hazel eyes, freckles and a scar near his right eyebrow.

After a year and a half’s imprisonment on a hulk, George was transported to Sydney in 1830, where conditions had improved somewhat and the settlement had begun its inexorable spread. Such was the demand for convict work when Conquest arrived that he was immediately assigned to a property north of Sydney in the Hunter Valley. It turns out he was as careful a businessman as he was a reliable worker and ended up, after marrying Sary, owning a row of cottages in what was then the outlying Melbourne suburb of Prahran.

These are only some of the bones on which Callil hangs a narrative in which she vents a great deal of justifiable spleen. The times her forebears lived through were routinely hard and sometimes unspeakably horrible. The effects of the commons enclosures, the end of the Napoleonic wars, the rise of liberalism, the shortcomings of the Great Reform Act, the horror of the workhouses established by the 1834 Poor Law, the pettifogging criminal system and its ever-increasing catalogue of capital crimes — all of this and more is interrogated with forensic diligence.

As Callil prosecutes each case she convinces us, if we needed convincing, that far from being the benevolent colonising force its defenders insist it was, British rule abroad was at least as cruel as it was at home. She singles out the “English vice” of flogging as a prime example of a system so dedicated to torture it gives rise to a suspicion of some deep psychotic compulsion:

There is a suggestion of vengeance in the violent beating of convicts in the early years of white Australian history. Also a sense of tremendous anxiety, a vulnerability almost, on the part of the British flagellators, is evident on every page of the meticulous records they kept documenting the punishments administered to their own people. The passing centuries, and understanding that habits, beliefs and traditions were different in the eighteenth and nineteenth centuries, cannot obscure a feeling that such treatment has echoes in the systemic inequality that curdles the British body politic today. It is sometimes argued that these punishments were standard practice for the age, and thus, no acknowledgement, apology, restitution or pity is necessary. But blood spurting out of a back in the eighteenth century caused the same agony as it would now; human suffering remains the same, whenever it is inflicted; it is not ahistorical to understand this.

It’s impossible in a review of this length to give proper due to the thoroughness of Callil’s research. I don’t have room to describe her other significant forebears, or the book’s short diversions into the journeys of her Irish and Lebanese ancestors.

It seems presumptuous of me to suggest that what this doyen of British letters needed was a good editor, yet so much of the background gets in the way of the biographies. Another way of putting it is that, unlike Bad Faith, her canvas here is just too large for her characters. As the reader — this reader anyhow — is absorbed by the dire economics of the stocking-knitting trade, or the fates of Leicestershire and Lincolnshire towns, or how the Independent congregations that thrived there turned them into centres of dissent, or where convicts awaiting transportation slept in the rotting hulks, she loses sight of Sary and George, not to mention the Mary Anns and Jameses. Nor is this always helped by an excellent index, and copious endnotes and bibliography.

Don’t get me wrong. I liked this book, and I think it worth reading, even if that can be a struggle. Sometimes Callil’s history tips a bit far into polemic for historians whose apprehension of the past is more nuanced, though given her project it’s understandable. But it seems that she ran into that fundamental dilemma confronting many a writer basing a work on historical figures. She was lucky that the records available were accessible and revealing, but the very fact of the low status of her ancestors meant that gaps would need to be filled by historical imagination. All along I kept thinking that the stories would work better as fiction, but what would be gained as a novel would be lost in documented veracity and gravitas.

The capacity for cruelty lies within each of us — this is the truth of psychology and novel-writing. The historian may demonstrate, as Inga Clendinnen did, how political and social conditions will allow for its systemic expression or, conversely, encourage our better angels. All I can contribute to the controversy is the idea that the task for each of us, biographer, novelist or historian, is to find a valuable place on the continuum. •

Sara Dowse is a Sydney-based writer. Her first novel, West Block, has just been republished by For Pity Sake.

Conflicted cuts at the Audit Office 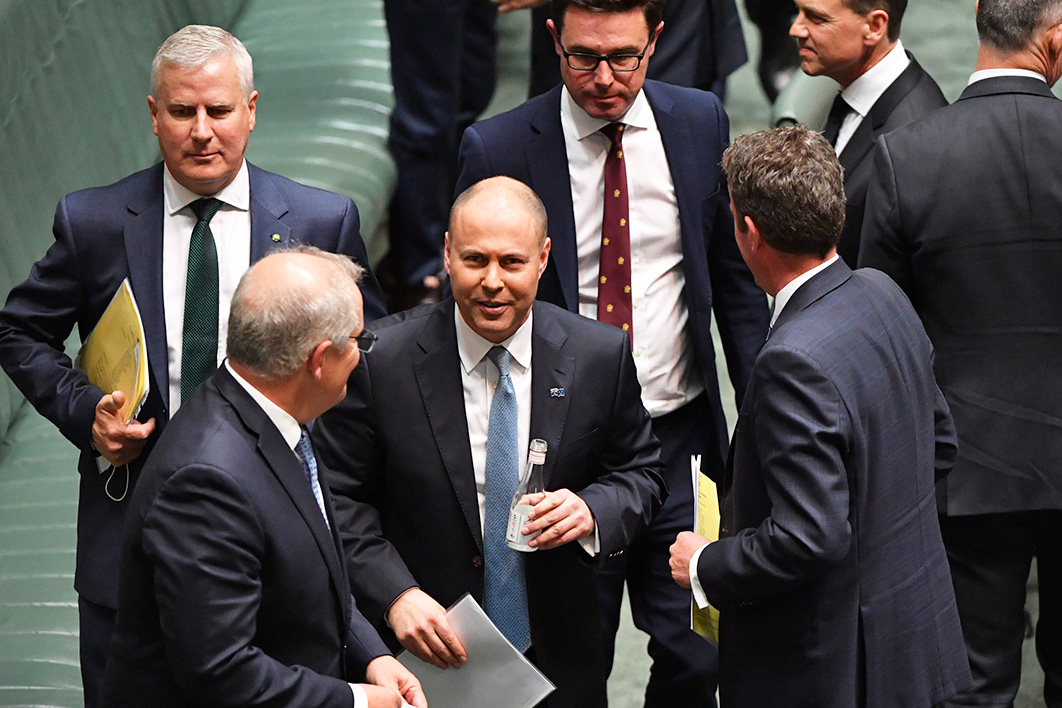