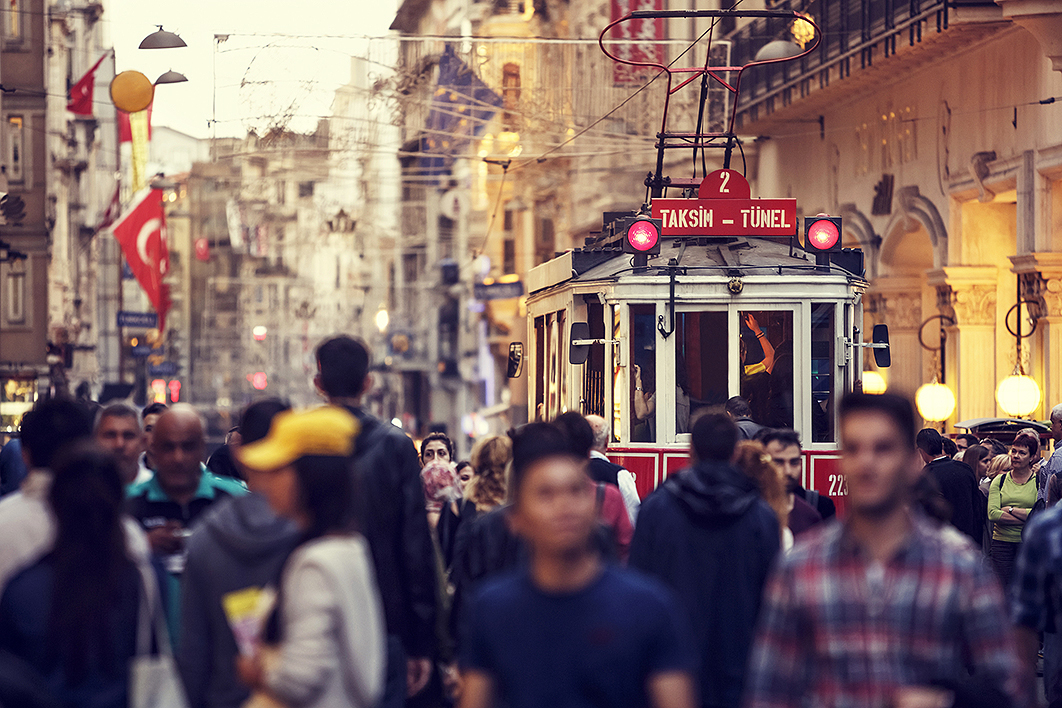 Few people are better placed to write about the growing integration of Europe and Asia than Bruno Maçães. He was Portugal’s secretary of state for European affairs from 2013 to 2015, holds a doctorate in political science from Harvard University, and is both a senior fellow at Renmin University in Beijing and a senior adviser at Flint Global in London. In The Dawn of Eurasia, he takes on the entire continental landmass of Europe and Asia, arguing that divisions between the two are now less relevant than they have ever been.

This is an extremely ambitious book. Part 1, which comprises its first quarter, sets out Maçães’s political treatise, while Part 2 — the remainder of the book — aims to examine how these political ideas look in practice, through what he calls “a geopolitical travelogue across Eurasia.” Over the course of a year, he travelled from west to east, exploring the Caucasus, Central Asia, China, Russia and Turkey, and these chapters are the result.

An initial moment of confusion comes with the title. In much of the literature on the region, “Eurasia” refers to the countries of Central Asia. So you could be forgiven for picking up this book, as I did, thinking it would deal with the political development of Kazakhstan, Kyrgyzstan, Tajikistan, Turkmenistan and Uzbekistan. Maçães’s Eurasia is the entire Europe–Asia supercontinent, stretching from the European Union right through to China. His fundamental point is that it is no longer possible to look at Asia and Europe as two distinct continents, and that components of the central landmass are growing closer together politically and culturally as a result of the narrowing gap between the “traditional” (Asia) and the “modern” (Europe).

Maçães begins by tracing the origins of the political divide between Europe and Asia, which he dates to roughly 1453 and the fall of Constantinople at the hands of the Ottoman Turks. He treats Europe as an idea rather than a place, gradually expanding, like Christendom, across the globe. This very Eurocentric view, however valid, ignores the very different histories of the colonised. At the crux of Maçães’s argument is the idea that Europe and Asia evolved not so much as distinctive places but as distinctive conceptions of civilisation — a fundamental divide that is in the process of being broken down by “the fast embrace of modernity outside Europe.” This idea has some force, but the two concepts — of Europe and Asia as civilisations and as places — are often in conflict, and Maçães never fully resolves the tension.

Although Part 1 is comparatively short, it is extremely dense and theoretical. In Part 2, however, Maçães seeks to test his theory by observing Eurasia’s people, places and politics. In doing so, he reveals himself to be a gifted storyteller and saves the book from being just another dry treatise. His descriptions of the people and places he encounters, along with an ability to tie these micro-level nuances to greater political realities, make these sections a joy to read. It is also refreshing to see an analyst take his ideas out of the realm of political theory and into the world, which probably reflects Maçães’s background as a politician.

Yet, while he is clearly a talented writer, his style is wildly inconsistent. At its best, his writing has echoes of writers like Christopher Kremmer and Ahmed Rashid, who have produced complex, eminently readable books on Central Asia. In between, however, he reverts to a dry, bureaucratic style that is hard going for the reader. The book’s central chapters are devoted to examinations of the Caucasus, China, Russia, Turkey and the European Union, and each chapter oscillates between engaging on-the-ground stories and much less lively explanations of what he is witnessing. Only late in the book, in the section on Turkey, does Maçães achieve some balance in style. If this approach were applied more consistently throughout the book, it would be far more accessible.

For me, though, the deeper problem is that Maçães’s definition of Eurasia is both too broad and too narrow: too broad in the sense that it tries to fit all of Europe and a large chunk of Asia into a single political theory, too narrow because it excludes everything else. Maritime Asia, for example, including South Korea and Japan, barely rates a mention, except in the context of Chinese sea power in the Indian Ocean. This could possibly be justified by arguing that the book’s scope is continental, but this fails to explain the omission of the subcontinent, and especially India and Pakistan. Maçães limits his study of Central Asia to the former Soviet republics, which consequently excludes Afghanistan and South Asia. Despite its considerable influence in Afghanistan and its growing interest in Central Asia, India is only discussed in a maritime context as part of broader Indian Ocean politics.

Any lines drawn in a study such as this will necessarily be arbitrary, of course, but it seems odd to be promoting a theory of continental interconnectedness while failing to properly take account of the fastest-growing continental Asian powers. Similarly, discussion of the Middle East — a region that, tellingly, is known outside the Anglosphere as West Asia — ends with Turkey and Iran and excludes the Arab world.

Maçães is a meticulous researcher and brings a unique perspective. It’s true that The Dawn of Eurasia is marketed by the publisher as “serious non-fiction” rather than an academic text, but the book seems to be trying too hard to be all things to all people. Consequently, it is probably not academically focused enough for those with a deep interest in the region. Apart from passing references to Francis Fukuyama’s “end of history” and Samuel Huntington’s “clash of civilisations,” and a brief nod to the British geographer Halford Mackinder, Maçães doesn’t really engage with the academic literature on the region. He also makes a number of broad assumptions, such as this passing commentary on the role of India, that he then fails to interrogate:

Given their size and proximity, China and India are bound to develop the world’s largest trading relationship, and this will have to be based on gigantic infrastructure plans along the Indian Ocean coastline. Likewise, if the next few decades witness a naval conflict between China and the United States, that conflict will more likely be centred in the Indian Ocean than the Pacific, thanks to its greater strategic importance, and in that case India and the Indian navy will be a decisive factor.

Conversely, the book has a touch too much theory for those looking for an engaging discussion of life on the ground in Eurasia, or those who don’t have the time or inclination to wade through the denser parts. The fact that it is laid out like an academic book — starting with a seventy-page articulation of a theoretical argument before getting into the more interesting, practical aspects of the issue — is likely to turn off many in this group. The audience the book would therefore probably appeal to most is Maçães’s peers — politicians, diplomats, think-tank analysts, and those in government who make and apply foreign policy.

For this group, Maçães advances a number of interesting ideas, and his final chapter on the European Union, which is clearly his area of expertise, is certainly instructive. In particular, he notes the overall lack of understanding of Asia — and specifically China — in Europe, and vice versa. “In general,” he writes, “knowledge of European politics in China and Chinese politics in Europe is very poor, and the respective political cultures stand further apart than those of China and the United States.” This will come as no surprise to Asia specialists from Australia or the United States who have worked in Europe, but it could do with greater emphasis given that the focus of the book is on the growing integration of Europe and Asia.

Maçães also downplays the importance of the recent political changes in the United States, though in his epilogue he makes a disquieting observation about US foreign policy under President Trump: “If… American foreign policy comes to embrace a strong concept of national sovereignty, unbound by international rules and institutions, a measure of ideological convergence with Russia and China will have developed.” While an exploration of this idea is outside the scope of this book, it would certainly be interesting to see it developed further.

As a cover-to-cover read, The Dawn of Eurasia’s inconsistencies of style and overly broad scope can be frustrating. But it is well worth dipping into for its astute on-the-ground observations. And as a book that seeks to improve European understanding of Asia (and vice versa), it is to be welcomed. ●

Louise Merrington is the author of the forthcoming book, India and China in the Asia-Pacific, 1890–2030.

Were unions the victims of their own success?

The unions are on the march again, but this time Labor’s laws are in their sights 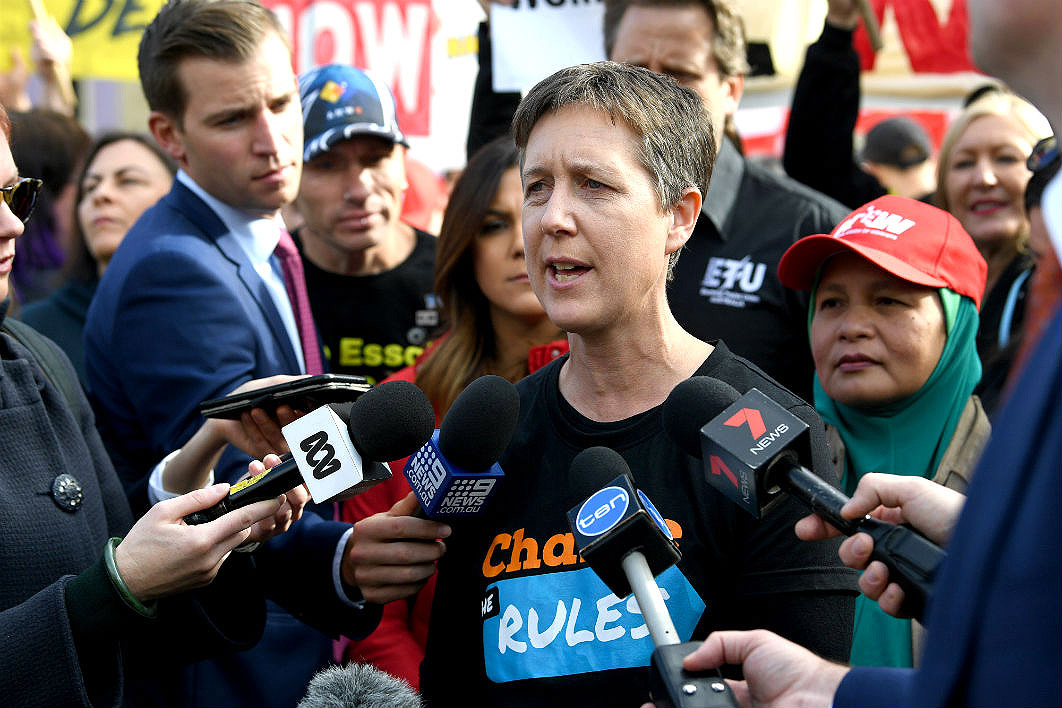