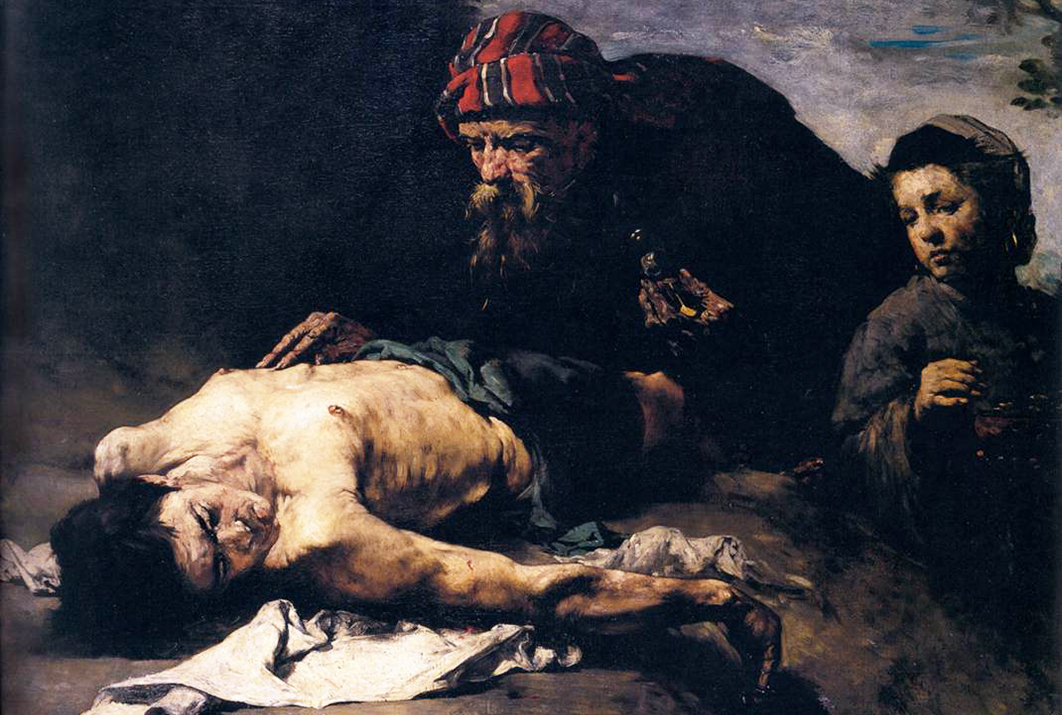 Students in a famous social psychology experiment were instructed to prepare a short talk and then go to a nearby building to record it. Some were told they had ample time to get there, others that they were right on time, and still others that they were running late. As they walked along a narrow alleyway to the second building, they encountered a slumped and groaning man in obvious trouble: an actor planted by the experimenters, of course. The rushing students were much less likely to offer help to the faux victim than their less hurried peers.

So what, you might say. Of course time pressure makes us less inclined to help others. But here’s the kicker: the students were seminarians, and the talk was on the parable of the Good Samaritan. It seems that even people called to minister to those in need — people who had just been primed with the virtues of altruism — generally fail to assist someone in distress for the most trivial of reasons.

Studies such as these reinforce a widespread cynicism about human nature. We are a selfish species and there is a canyon-sized gap between our high principles and our unedifying behaviour. We might pretend to be compassionate and concerned for the greater good, but our actions show us to be morally myopic and selfish.

Stephanie D. Preston, a psychology professor at the University of Michigan, wants to undermine that cynicism. In her new book, The Altruistic Urge: Why We’re Driven to Help Others, she makes the case that we have an instinct to help the vulnerable that is rooted in an offspring-care system we share with other mammals. That basic motivation is underpinned by shared brain circuitry and expressed in actions to protect those in urgent need. The hero who plunges into a raging torrent or inferno to save lives replicates the rat who retrieves its pup — an ultrasonically squeaky pink jelly bean — when it strays from the nest.

Preston offers the rat’s pup retrieval as a prime example of the altruistic urge she proposes. Its neurobiology is well understood, it is homologous to some human acts of helping, and it has a prototypically vulnerable target, the helpless infant. She argues that at least some human altruism is closely akin to offspring retrieval. It is instinctive rather than socialised, it is action-oriented rather than simply involving empathic feeling, and it doesn’t depend heavily on higher cognition. Although we may flatter ourselves that our altruistic behaviour springs from moral deliberation, it is sometimes simply automatic.

Calling the altruistic urge an instinct might seem to imply it is a rigid tendency applying only to non-human animals. Preston rejects this anthropocentric assumption and clarifies how the contemporary view sees instincts as flexible and open to being overridden. “Even amoebas,” she writes, “exhibit context-sensitive altruism.”

The altruistic urge involves a neural approach tendency deep within the brain that constantly contends with an avoidant tendency not to help. Helping may only happen when the helper is properly prepared — hormonally or through prior experience, in the case of the parental rat — and when the probable effectiveness of action is judged to be high and the risks low. When it happens, helping of this kind is experienced by the helper as rewarding, enabled by dopamine and oxytocin, the so-called pleasure and love molecules of pop psychology.

Preston reviews other accounts of altruism to highlight the distinctiveness of her own “altruistic response model.” Psychologists often explain helping as driven by empathic concern for others or by the desire to relieve vicarious distress at another’s suffering. Preston argues that empathic emotion is not strongly tied to helping actions, that rapid efforts to help sometimes don’t seem to require it, and that many creatures that lack the capacity to imagine themselves into another’s pelt engage in altruistic helping.

Preston acknowledges that some forms of altruism can be explained ultimately by tendencies to help kin (inclusive fitness) and by tendencies to reciprocate helping among non-kin (reciprocal altruism). But these evolutionary accounts fail to specify the mechanisms that give rise to helping, and in any event altruistic acts — even among rodents — often help strangers and have no credible chance of being reciprocated. Preston offers her offspring-care model as one of several potential mechanisms supporting human and mammalian sociality, and proposes that it complements existing evolutionary explanations. Empathy, reciprocity, strategic virtue-signalling, social norms and reflective morality no doubt also have their place.

The Altruistic Urge takes the reader through the many complexities of altruism. Preston clarifies the characteristics of helpers and beneficiaries that make altruistic actions more or less likely. Ideal saviours are confident and possess relevant expertise rather than necessarily a more compassionate personality, and ideal victims are in grave danger, helpless and cute. She rightly criticises psychological and economic research on the topic for studying monetary donations in artificial games rather than more ecologically real and urgent forms of helping.

Preston’s repetitive insistence on the unique strengths of her model, which alone “carves nature at its joints,” can become wearisome. But as a thorough exploration of one basis for human and animal altruism, grounded in but not restricted to parental care, the book makes a strong and scientifically well-supported case.

Preston’s book makes a delightful contrast with another published 120 years ago and reissued this month by Penguin Classics. Mutual Aid: A Factor of Evolution, the work of the Russian revolutionary anarchist Peter Kropotkin, is a sweeping account of the development of cooperation and reciprocity across the animal kingdom and through human history. Growing out of Kropotkin’s deep interest in natural history, the book argues against the centrality of competition and selfishness in biological and societal evolution.

Referring to his own expeditions into Siberia and northern Manchuria as a younger man, Kropotkin writes that “in all these scenes of animal life which passed before my eyes, I saw Mutual Aid and Mutual Support carried on to an extent which made me suspect in it a feature of the greatest importance for the maintenance of life, the preservation of each species, and its further evolution.”

Friendly to Darwin but antagonistic to social Darwinism, Kropotkin argues, like Preston, that there is something fundamental and deeply rooted about caring for others. Solitude and within-species competition are exceptions in the animal world and individualism is a pathology in that corner of it we humans inhabit. “Sociability,” Kropotkin writes, “is as much a law of nature as mutual struggle.”

Mutual Aid begins with lovingly sketched descriptions of cooperative animal behaviour, showing a special fondness for birds but also admiration for insects and mammals. We encounter walruses and vultures, bees and parrots, “the great tribe of the dogs,” and the “egoist she-goose.” The musk-rat is credited with “a very high degree of intellectual development.” These sketches feed into Kropotkin’s key proposition: that sociality is essential not only in obviously relevant activities such as mating and care of offspring, but also in defence, migration, hunting, healing the sick, and play. Being gregarious is grounded not only in the need to reproduce; it is also a way of communal being running through all aspects of life.

Kropotkin was attempting to challenge an influential line of thought that takes the fitness of the individual organism as the driver of evolution and sees individuals engaged in a battle for selfish advantage. He emphasises the collective fitness of animal groups and how the fitness of the groups’ members is entirely dependent on their capacity to coordinate with one another.

The idea that animals are fundamentally cooperative — that “the war of each against all is not the law of nature” — has political implications for Kropotkin. If humans are cut from the same cloth as other animals, as he emphatically believed, then functional societies will arise spontaneously out of our sociable instincts, and people will not have to be tamed and trampled by government or other authorities to achieve social order.

Kropotkin reserves special scorn for the view that “the so-called ‘state of nature’ was nothing but a permanent fight between individuals, accidentally huddled together by the mere caprice of their bestial existence.” The remainder of Mutual Aid is an extended argument against that pessimistic account of human society associated with the philosopher Thomas Hobbes.

Turning from zoology to ethnology, Kropotkin describes the evidence for cooperation among indigenous people and the tribal groups who invaded Roman Europe (“savages” and “barbarians” respectively, in the language of the day). He finds in their social lives evidence of a primitive form of communism, principled morality, love of peace, and loyalty to ever-broadening social units beyond the family, from clans to villages to confederations to nations.

Extending his historical narrative into medieval Europe, Kropotkin extols the value of social organisation based on guilds, and points to the technological and creative development they made possible. The subsequent rise of centralised power was a backward step, he argues, obstructing the free development of communal self-rule. “[T]he all-absorbing authority of the State” leads to “the development of an unbridled, narrow-minded individualism” and the decay of communal institutions, he writes. Even so, the human need for mutual aid organisations, and the rise of socialism in his time pointed a way forward.

As biology, Kropotkin’s book is no doubt amateurish and anecdotal, and the contrast with Preston’s social neuroscience demonstrates how far biological science has progressed in the past century. But work such as Preston’s supports Kropotkin’s faith in the innate sociability of animals and humans and fills in some of the detail. Altruism driven by a mammalian offspring-care mechanism will account for some fraction of our social motives and capacities.

What is less clear is whether scientific evidence for inbuilt altruism should influence how we think about human nature and its societal implications. Where Kropotkin draws a grand world-historical drama, Preston resists speculation and stays close to the data, as modern scientists tend to do. In different ways, their work shows how there is more Good Samaritan in us than we might have imagined. •