Surgery grips the imagination, but most of the vital healthcare work goes on elsewhere 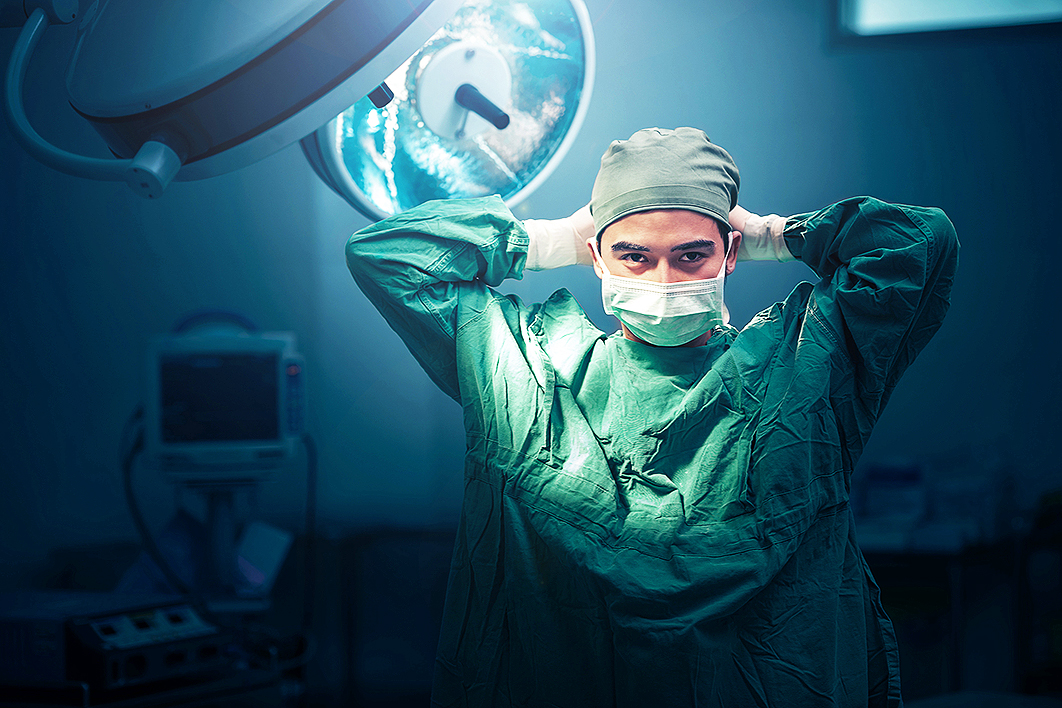 “It helps a [person] immensely to be a bit of a hero-worshipper,” Sir William Osler remarked in 1889, “and the stories of the lives of the masters of medicine do much to stimulate our ambition and rouse our sympathies.” But this famous physician also wrote: “It cannot be too often or too forcibly brought home to us that the hope of the profession is with the [people] who do its daily work in general practice.”

In those two sentences, Osler summed up the paradoxical way we think about medicine’s practitioners. We are fascinated by the “masters of medicine” doing battle in the operating theatre. Yet the essential work of general practitioners and other primary care doctors — paediatricians, geriatricians, palliative care specialists — often goes unremarked and poorly rewarded. Performing quadruple bypass surgery has an audience impact many magnitudes higher than writing a prescription or urging the lifestyle changes that might prevent surgery in the first place.

The evolution of this hierarchy can be seen in TV drama’s portrayal of doctors over the years. In the 1960s, gentlemanly GP Dr Kildare vied with the brusque surgeon Ben Casey. The following decade, doctors were allowed to have foibles and failings (and even to fail) in M.A.S.H.; they cared, but they kept their feelings bottled up. Then St Elsewhere, ER and Grey’s Anatomy showed hospital environments in which caring was secondary to professional skill — a trend that reached its peak in House’s misanthropic medical genius, who flouts all the rules but always saves the patient.

Tellingly, one of the few recent TV series featuring a family practice, Doc Martin, portrays a surgeon still behaving as if he is in the operating theatre. Long gone from the screen are the wise, grandfatherly Dr Marcus Welby, and Dr Finlay, whose trademark was that he knew all his patients.

As the American surgeon Atul Gawande wrote recently in the New Yorker, “When will we grasp the power of incremental care?” Success in medicine shouldn’t be defined by episodic, momentary victories, he argued, but by the small steps that produce sustained progress. Primary care medicine — which requires “a more patient kind of skill” — is where the real healthcare work is done, either in forestalling the drama and expense of acute care or in protecting the work of the surgeon heroes.

In Australia, part of the reason for this skewed focus is that our fee-for-service system is poorly designed to support the medical professionals who deliver incremental care and manage the chronic conditions that are the chief burdens of disease. There is little heroic about persuading patients to take their medications correctly, show up for appointments, lose weight, quit smoking or get the necessary vaccinations. There are few financial rewards for the heart attack or stroke avoided or the pain properly controlled. A lot of time and effort is required to manage asthma and diabetes, maximise rehabilitation after an injury or a stroke, or provide culturally sensitive palliative care.

The gradient of heroism doesn’t just divide specialists from GPs but also exists among specialists. Australian neurosurgeons and orthopaedic surgeons earn almost twice as much as endocrinologists, rheumatologists and psychiatrists. Brain surgery and orthopaedic repairs can save or change the quality of a patient’s life, but do the boldness and skill of these medical specialties justify larger financial rewards than the work of those who spend years helping patients who have diabetes, thyroid disorders or mental illness?

Inevitably, the patient saved by the heroic surgeon will return to the care of a GP, who must manage the consequences of the intervention along with all the patient’s other medical problems. The more complex a person’s medical needs, the greater the benefit he or she will get from primary care. Managing these patients requires the facilitation and coordination of a range of healthcare services and strong relationships with patients, carers and other healthcare providers.

Medical education and training has paid little attention to this dichotomy. In a recent lecture to the Royal New Zealand College of General Practitioners, Dr Lucy O’Hagan described the “biomedical brainbox” (doctors who are highly competitive, expert diagnosticians, always certain about their actions) as the dominant narrative of medical education. The prevailing medical culture excuses brutality, she said, so long as the brainbox standard is met.

Medical students are encouraged to bottle up their emotions, to push on and to work long and hard without a chink of vulnerability. And to some extent that approach is needed; there will be times in the working lives of every doctor (specialist or GP) when they will need to be heroic, invincible, detached and very sharp. But much more often, doctors will need to listen, to understand, to show empathy. O’Hagan laments that the “reflective, patient-centred doctor” is not a regular part of medical training.

Critics agree that the culture of medical education and training needs to change. First, much more could be done to ensure that medical students have empathy and Gawande’s “more patient” skills to cope better with the responsibilities of caring for patients. Primary care doctors, one practitioner tells Gawande, must be able to “tolerate the anxiety that accompanies taking care of people who are sick but not dangerously ill.”

For Brisbane GP Justin Coleman, this means learning to live with uncertainty and watchful waiting, rather than the expectation that every medical problem has a solution. “My registrars emerge from their decade of hospital-based training brimming with enthusiasm and knowledge, eager to trounce any hint of uncertainty with tests, referrals and blind treatment, early and often,” he wrote recently. “Before their conversion, poor innocents, they believe that mastery means elimination at any cost. I have taught these disciples to embrace careful observation over time, striking only when necessary.”

We also all need to recognise and reward the value of incremental care — not just medical colleges, health professionals and health policy experts, but also politicians and the public. Treating general practice as a speciality in its own right — along the lines of the current advertising campaign “I’m not just a GP. I’m your specialist in life” run by the Royal Australian College of General Practitioners — would help. Ensuring that primary care has the resources to keep up with its central role in the healthcare system is also vital.

Heroic medicine has its place, but treating it as the core of medicine means that the majority of government funding goes to hospitals, acute care and elective surgery, a situation that is reinforced by the political imperative to deliver visible returns in a short election cycle. It’s time to reward and revere the quiet heroism of incremental care. • 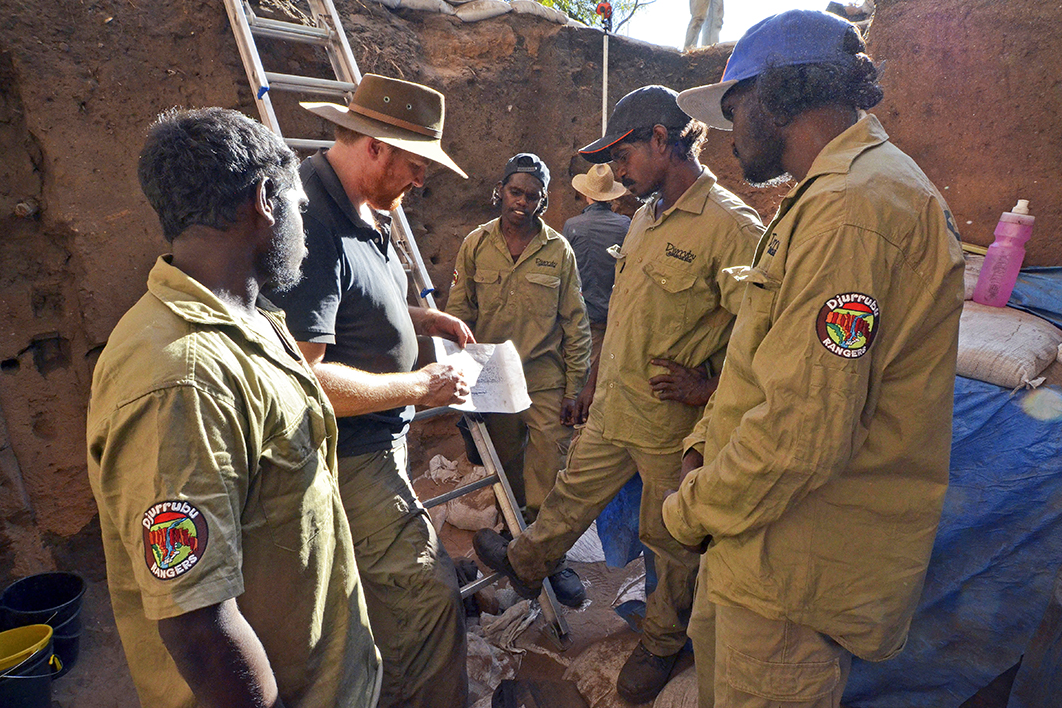