Everything familiar yet entirely strange

Books | Biographer Sylvia Martin turns her lens onto herself 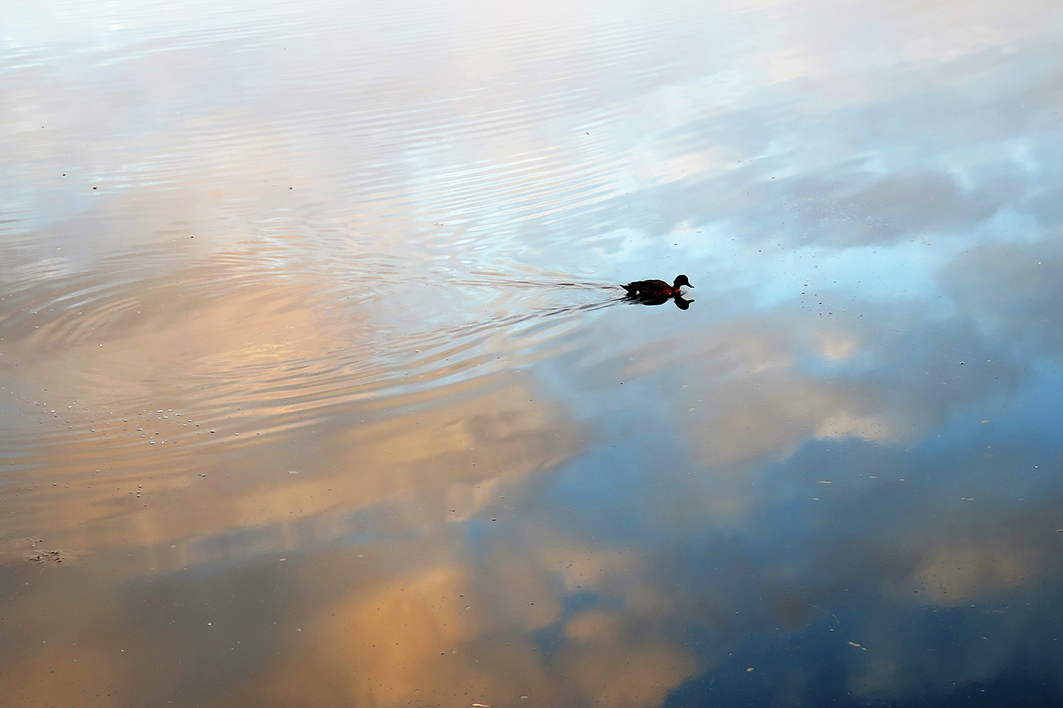 What if the journey doesn’t seem so effortless after all? Sylvia Martin’s late-afternoon photo, from the cover of Sky Swimming.

If you walk through the sliding doors of Abbey’s bookshop in the centre of Sydney, pass the cash desk, turn right at the new releases table, left at new fiction, cross the diagonal threshold where the floor changes from beige-and-blue tiles to swirling indigo-and-navy carpet, step through Crime Alley (new, true, modern, Australian) and turn right, you’ll find Australian biography.

On these two sets of shelves you’ll see the names and airbrushed faces of national treasures, living and dead. Today it’s Olivia Newton-John, Kerry O’Brien and Banjo Paterson, the early-twentieth-century poet of “Man from Snowy River” fame, whose biography has just come out in paperback. And the classics of the genre will still be hanging around, years after they were published: biographies of former prime ministers, High Court judges and Nobel prize–winning authors whose names we’ll never forget.

Sprinkled among these mothers’ and fathers’ day tomes you’ll see a few biographies of people you might not have heard of. An Australian actress who starred in Hollywood films, a libidinous female poet who took on the publishing establishment, the founders of a socialist law firm. And you might wonder why people write these biographies of unknown people when no one is calling out to read them and the author is lucky if a single copy finds its way into a crevice on the back shelves of a city bookshop.

One of the people best equipped to shed light on this mystery is Sylvia Martin, the author of three biographies of Australian women who have slipped through the large holes in history’s sieve. Martin’s subjects — the poet Mary Fullerton, librarian Ida Leeson, and writer and activist Aileen Palmer — may not be familiar names, but their biographer has followed her curiosity to unearth their achievements.

These are women who rejected “marriage and motherhood, the expected trajectory laid down for women by society,” as Martin puts it. They didn’t openly call themselves lesbians, because that narrative wasn’t available to them from the late nineteenth to the mid twentieth century. But they left traces in the archives that led Martin to explore how they understood their sexuality. In doing so, she has come to recognise family stories that “conceal less socially acceptable realities.”

Now in her seventies, Martin has turned her biographical lens on herself, combining her well-honed skills and more experimental techniques to narrate her life. She calls the result, Sky Swimming, “a memoir that is not a memoir.” Where a traditional memoir is a mostly linear narrative that retains the “I” of the subject at its centre, this collection of essays shifts back and forth between the present, Martin’s past, and the stories of her family members, friends, and biographical subjects. She calls the book a “series of reflections” but that undersells its coherence and the sense of a whole life conveyed in its novella-like 166 pages.

Martin’s title comes from a photograph she took late one summer afternoon of a duck swimming across a pond, which appears on the cover of the book. When she downloads it later that night, “Everything in it is familiar yet entirely strange. The duck is swimming across the sky.” The image acts as a metaphor on many levels for the biographer’s work, not least because the “duck sailing so effortlessly above the clouds is paddling away madly out of sight.”

But what if the duck’s legs occasionally kick above the surface, and the journey doesn’t seem so effortless after all? In the chapter “Ferrying, Shape-shifting” Martin questions the “key rules” for writing biography set down by journalist and biographer David Marr. As she listened to Marr’s lecture on biography at the National Library of Australia in 2016, she sank into her chair, “becoming more and more horrified as he detailed the misdemeanours of biographers he disliked — inserting themselves into the text, boring readers by writing about their research, ‘mucking around’ with chronology. Mea culpa.”

Martin is indeed guilty — in her three biographies and in this memoir — of these perceived crimes against biography. And I am grateful, because I’m rarely bored when a biographer lets me in on the process and reminds me that there are “many and varied ways” to write a life.

Martin argues that biographies written “with a feminist consciousness” are more likely to subvert the traditional mode of an omniscient narrator because female writers can never take their speaking position for granted (“to assert themselves as subject has to be a conscious act”). And she sees male biographers who insert themselves into the text as having come under the influence of “at least three decades” of feminist biography.

It’s true that a biographer who seeks to “recover” the life of a largely unknown woman must use whatever techniques are available. The reader can be drawn in by the biographer’s passion for her subject, by her imagination in the face of missing or misleading sources, and by her sense of the many other ways she could have told the story. But perhaps this is a dance that biographers of all kinds, Marr and his fellows excepted, have been engaged in for more than a generation.

Where Martin experiments with biographical style in telling her own story, the reader is made aware of biography as a craft as much as an intellectual pursuit. By linking objects, people, places and even music, she shapeshifts, telling one story through another.

A ceramic bowl and coffee pot, created by members of the famous Boyd family and handed down to Martin by her church-organ-playing father, are a link to the outer-suburban Melbourne of the author’s youth. Rock fragments taken from the chimney of the mudbrick house Martin built in the late 1980s with her partner, Lizzie, in central-western New South Wales represent the transformation of memory through time. A bicycle ridden by Lizzie’s younger sister in her Netherlands childhood is a symbol of “independence and escape” and of Martin’s exhilaration in writing lives.

A piano lesson with her son’s partner, Jamie, prompts Martin to recall her father’s “gnarled fingers” playing the same music. Using the body as a bridge to memory seems natural — even though it is also artful. Just as poignantly, Martin remembers her mother’s death through an account of her changing body. By connecting her mother’s ageing body to her younger body, to her own body and to her daughter’s body, she “re-members” it, seeing beauty in the “continuity of femaleness.”

Martin practised “inhabiting” the lives of other women before her “late bloomer” career as a writer. As an actor in her twenties she was trained to take on other identities (“But then again, not entirely”). She later applied her skill to catching the “voice” of her biographical subjects in the archive, while recognising that biography is a performance rather than a recreation of its subject.

An early chapter, “Spiegel im Spiegel,” begins with a photograph of Martin at twenty-seven, lavishly dressed as the Wicked Queen in a school holiday production of Snow White. Writing about her younger self in the third person, Martin breaks one of Marr’s rules by jumping forward to the prime roles in her future (“but she does not know that yet”). This interplay between the Sylvia of fifty years ago — the year her marriage ended and she became a single mother — and today’s Sylvia has a greater emotional resonance than if we were encouraged to fully inhabit one world or the other.

She returns to the first person to show how her attraction to women stirred in her friendship with a university lecturer named Jean. Through her descriptions of Jean’s body and her home in the “liminal space between the river and the solid rock of suburbia” we get a sense of Martin recognising but not quite ready to name her feelings, just like her biographical subjects. When she eventually falls in love with a woman, at thirty-seven, it is a “new sensual experience” that upturns her world and leaves her swimming across the sky.

As Sylvia and Lizzie create a refuge from lingering prejudice “in the folds of a volcanic mountain range in inland New South Wales,” Martin’s net also catches heterosexual women, and men, who have suffered for perceived transgressions. By setting these stories alongside one another, Martin shows how biography can unsettle well-worn narratives — how an experience tethered to a certain place and time resonates across other lives, the reader’s among them. Like the duck on the cover, it leaves behind it “layers, ellipses, circles, ripples, shadows.”

Martin came to write this book with a sense of leaving other people’s lives behind to write her own, driven by the literal deadline of her own mortality. But where a memoir might end in the author’s present, Martin imagines her own old age and death through the story of her friendship with Canadian artist and writer Mary Meigs.

This final chapter, “When Strangers Become Company,” tells of a friendship that took place decades ago, but stands in for Martin’s own reflections on never having come out to her mother, and instead building a strong network of accepting friends. It also helps her imagine a creative old age, and a body of work that survives her.

She ends with the possibility of finding another woman’s archive that catches her attention. After looking back with a sense of completeness, she has realised that the process of understanding her own past is ongoing, and that the best way to do it is through someone long forgotten. •

Cathy Perkins is author of The Shelf Life of Zora Cross (Monash University Publishing, 2019). She edits SL magazine at the State Library of New South Wales.

How should Labor react to the government’s stimulus package? 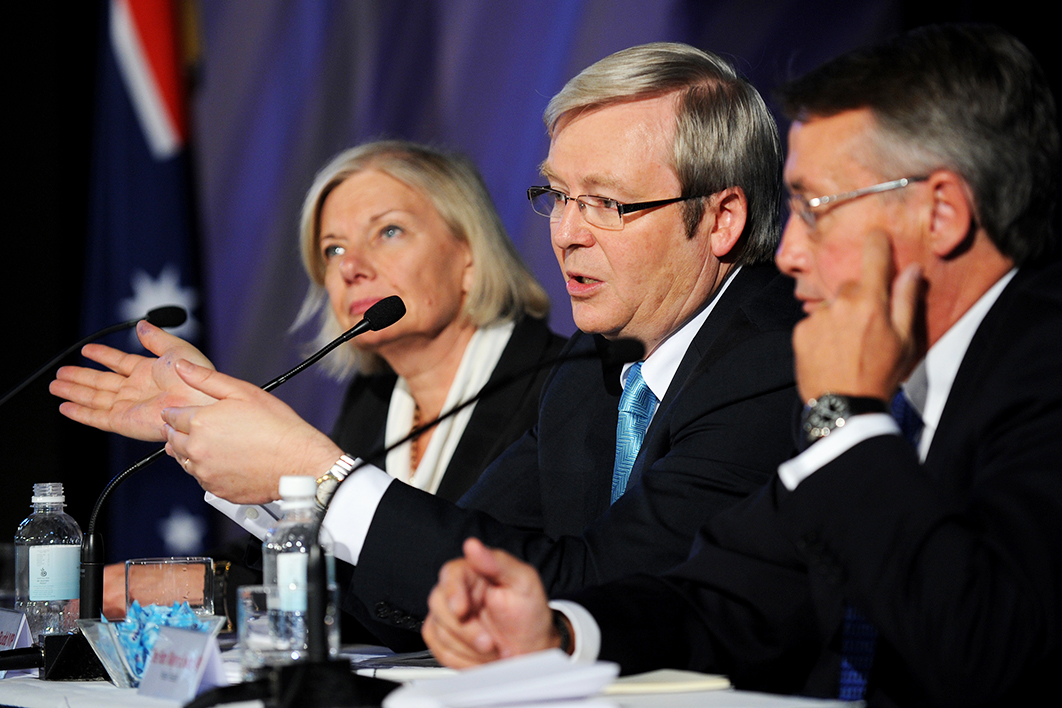