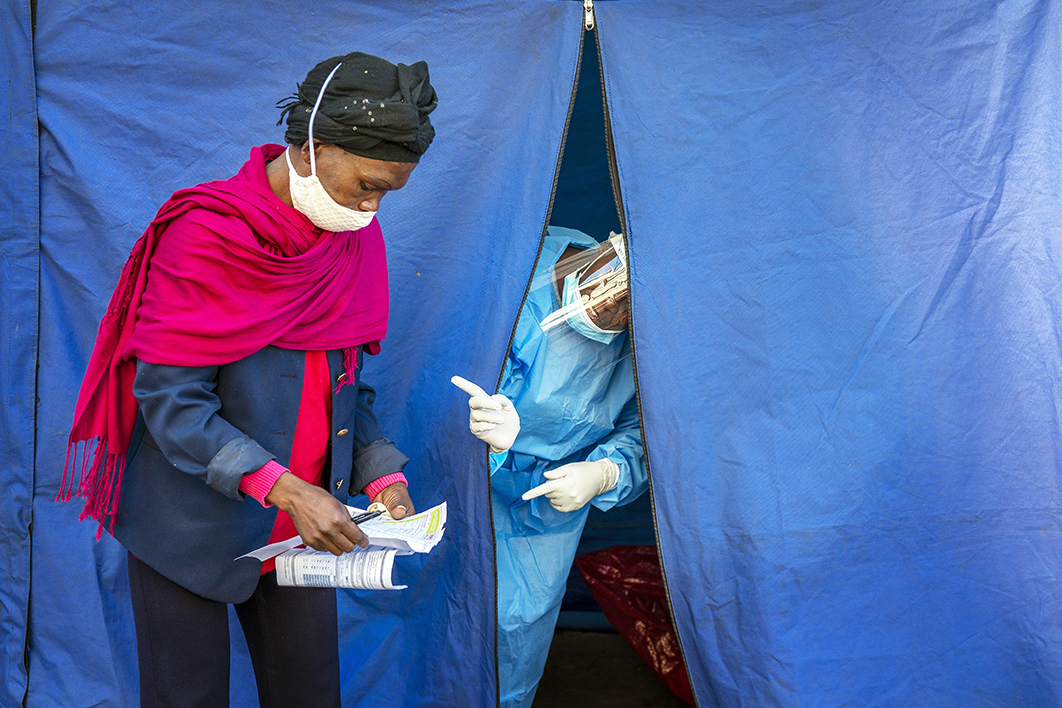 The counterpoint to the rebellion against structural racism and militarised policing in the United States is that country’s deeply unequal experience of the Covid-19 pandemic. While statistics on ethnicity are far from complete, they show that black populations are disproportionately represented in case numbers and, especially, in the death count compared with white populations. A recent study showed that the mortality rate from Covid-19 across the United States, adjusted for age, was 3.5 times higher in black populations than white.

Nor are these effects confined to the United States: in Britain, Covid-19 deaths among black men were found to be 4.2 times higher than among white men, and among women 4.3 times higher, with higher death rates also found in other non-white minorities after adjusting for age and other health characteristics.

These are not unexpected results. We know that disadvantages concatenate, with devastating impacts on health. That’s why experts have been warning that low- and middle-income countries would suffer most during the pandemic. But the picture has turned out to be rather more complicated than that.

The latest hotspot warning from the World Health Organization focuses on Latin America. Brazil has attracted a lot of attention because its federal structure and mix of right-wing populism and confused messaging parallel the situation in the United States. But per capita case and death rates in Peru and Ecuador are high by global standards, too, and Chile, Colombia and Bolivia are also experiencing serious epidemics.

Venezuela has done much better. Its relatively early and comprehensive responses, including quarantine, border closures and widespread testing, have kept community transmission low, and its challenge now is to manage infection among Venezuelans returning from other countries. The hundreds of thousands who fled an economy crippled by US sanctions have been living precariously in neighbouring countries, often denied or at the end of the queue for social and health support, and are now returning to their homeland in droves.

Africa remains the continent with the lowest Covid-19 burden, accounting for just 2 per cent of global cases. The dominant “rich world” narrative holds that, at worst, an undetected epidemic is already raging and, at best, it is only a matter of time before it will be. That view discounts the possibility that African countries may have introduced effective public health measures, despite resource constraints, as soon as the pandemic became evident.

The Africa Centres for Disease Control and Prevention reports that all fifty-five African Union member states have acted to limit Covid-19’s spread, with full border closures in forty-three countries, limitations on public gatherings in fifty-four, closures of education institutions in fifty-three, a requirement to use face masks in public in thirty-nine, mass testing in eighteen and, as of 22 May, national lockdowns in nineteen and easing lockdowns in twenty-one.

Led by distinguished Cameroon-born virologist John Nkengasong, the Africa CDC was only launched by the African Union in 2017. This pandemic is its first real test, and thus far it seems to be coping far better than its American namesake.

The potential explanation for Africa’s milder-than-expected epidemic includes these effective government responses. Timing may also play a role, though it will be while before we can be sure. The much younger age structure of the population is likely to be another explanatory factor: while 19 per cent of Australia’s population is under fifteen, the proportion is at least double that in thirty-seven African countries, and all but seven of the fifty most-youthful countries are African. A lot more will be learnt about the impact of age structure on the epidemiology of SARS-CoV-2, but the very low rates of symptomatic infection in children provide enough hints that it may be key.

Competing models of the future of the pandemic in Africa could not be more different. BMJ Global Health has published two, one of which predicts that 22 per cent of the continent’s population will be infected in the first year, with 4.6 million hospitalisations, and the other, looking at Ghana, Kenya and Senegal, suggesting peaks from June to August and only 1 per cent or so of the population infected. The journal has issued an invitation for on-the-ground accounts of epidemic responses that take these two wildly divergent scenarios as starting points.

Beyond the models is a complex interplay between the vulnerability caused by poverty and the resilience developed by people accustomed to having to make do with minimal external support. A CARE international gender assessment in West Africa produced some intriguing results. As expected, it found that the economic shock is falling more heavily on women and the informal economy, and making greater demands on women to provide care. But it also found evidence that women are taking a greater role in community decision-making, drawing on their expertise in running the self-help saving-and-loan associations that provide much of the welfare support in these communities. “There are hopeful signs of men doing more childcare work now that children are at home all the time,” CARE also found, “and some signs of men and women doing more joint decision-making during the Covid-19 crisis.”

The science of complex adaptive systems has long held that positive adaptation can emerge from unexpected quarters. Effective networks are not simply the product of power or money; they are more subtle than that.

Emerging accounts are revealing how Australia’s Covid-19 response drew on informal and formal public health networks, reaping the benefits of pre-planning, and then plugged this expertise directly into the heart of political decision-making. Perhaps the most important feature of this system was that it was able to adapt as new information became available — never an easy job, especially when the stakes are millions of lives and livelihoods. The capacity for adaptive decision-making will be just as necessary as the next few months unfold.

One tool that will guide that decision-making is the genomic information that has been collected by the Microbiological Diagnostic Unit Public Health Laboratory at the Peter Doherty Institute in Melbourne. The team there has been sequencing the virus from as many Victorian samples as it can find, with sequencing done on an estimated three-quarters of all cases in the state. Nature reckons this phenomenal effort is, by a long way, “the most comprehensive sequencing coverage in the world for an infectious-disease outbreak.” This data source will enable future outbreaks to be tracked not only by contact tracing but also by their genetic fingerprints.

If we needed another reminder of why blame and stigma are inimical to public health, this is it. We know SARS-CoV-2 is incredibly easy to spread. Even with the greatest infection control, it can still escape. Knowing where the virus has come from allows its future spread to be precisely tracked — and that is only possible in conditions of empathy, trust and mutuality. • 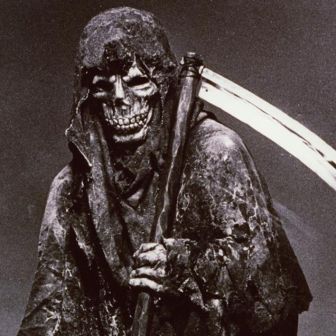 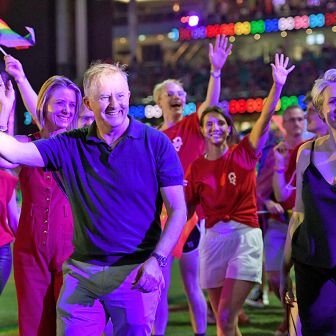 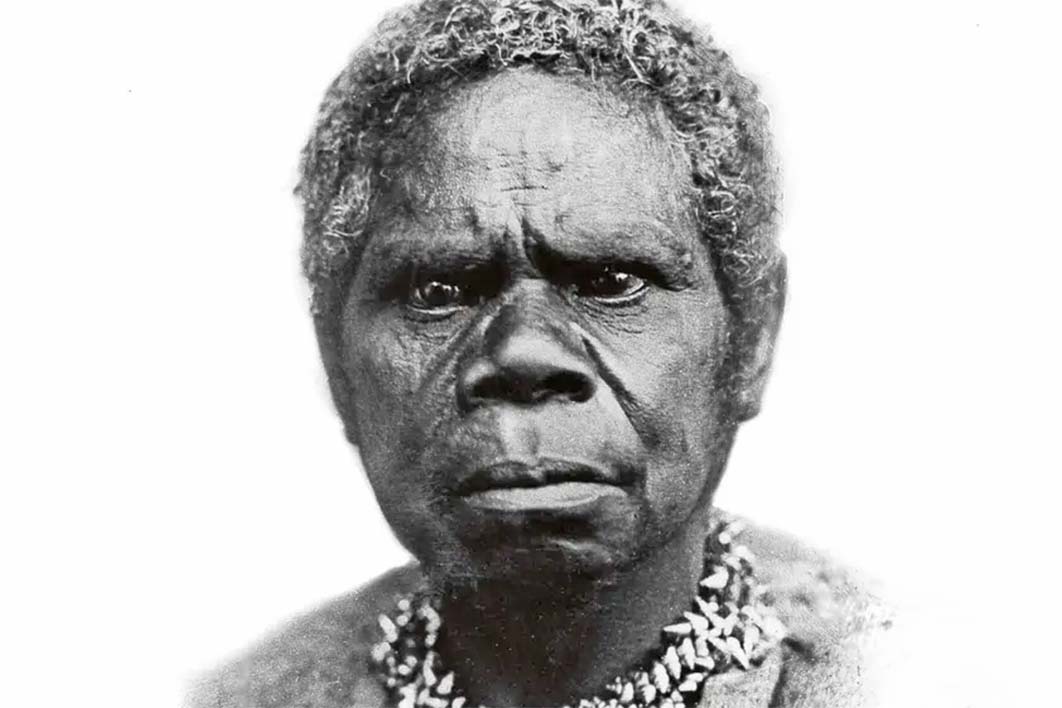