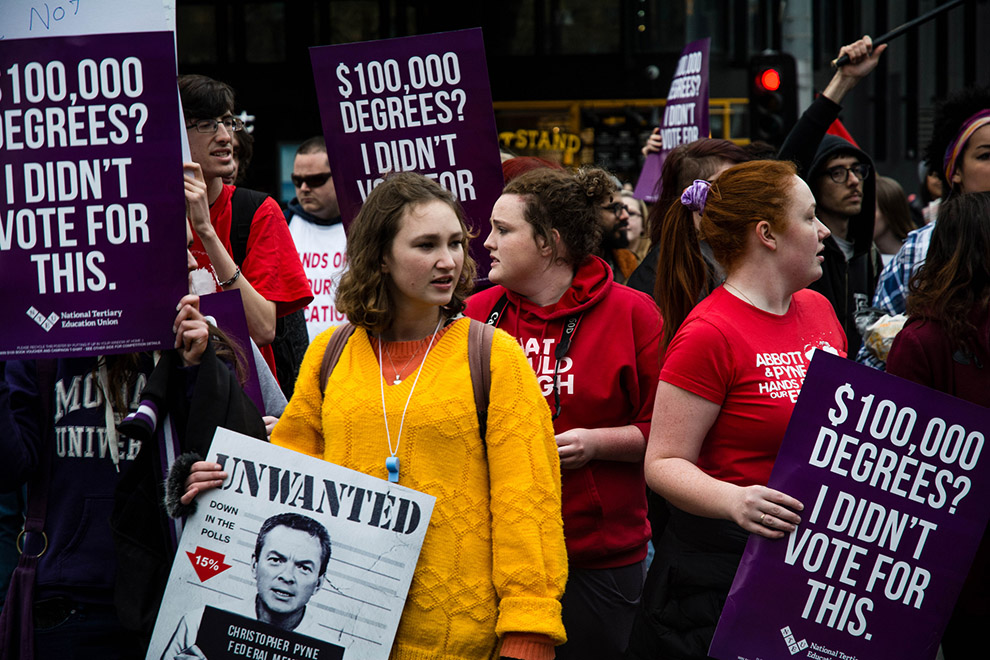 In the late 1980s, Labor education minister John Dawkins oversaw radical reforms to Australian higher education, including institutional mergers to create a “unified national system,” the introduction of the Higher Education Contribution Scheme, or HECS, and competitive research funding through the Australian Research Council. In principle, the agenda being articulated by the Coalition’s Christopher Pyne and his advisers is just as radical, although with different, even contrary, objectives.

Among other things, the proposals would:

• Reduce the repayment threshold for HELP (Higher Education Loan Program) debts from an annual level of $51,309 to $50,638 from 1 July 2016, and to increase interest rates on the loans to the government bond rate, capped at 6 per eent.

• Deregulate fees to allow universities, TAFEs and colleges to charge their own rates for courses.

• Provide scholarships for disadvantaged students through requiring higher education providers to contribute $1 out of every $5 raised through fee increases.

• Open up HELP loans to an additional 80,000 students at TAFEs and colleges.

• Impose a 3.25 per cent “efficiency dividend” on the Australian Research Council in 2015–16, amounting to $75 million over three years.

Most controversial is the proposal that student contributions to the costs of their education should increase, from approximately 40 per cent now to 50 per cent, based on the premise that the private benefits of a university degree far outweigh the public good that would justify maintaining current levels of taxpayer support. In the minister’s words to parliament, “Given the scale of costs now present in the higher education system, it is time students picked up a fairer share of the tab for these interest charges.” Hence he has proposed new cluster funding that will cut 20 per cent (an estimated $1.9 billion) from the Commonwealth Grant Scheme, to be replaced by higher fees.

Minister Pyne has used the recent review of the demand-driven funding system to propose extending the HELP system to diplomas, advanced diplomas and associate degrees, and to private universities and non-university higher education providers such as TAFEs and private colleges. So the demand-driven expansion of student participation implemented by the Gillard government will be tempered by greater competition for government-subsidised places from private providers and sub-bachelor courses.

Pivotal to the minister’s proposals is his conviction that higher fees do not act as a significant disincentive to participation from lower-income groups and that those with degrees are forever financially advantaged. The evidence is much less clearcut. Others have argued that deregulation is likely to have a range of negative effects on the sector, in particular because students will be reluctant to undertake courses without clear pathways to high remuneration. Those most expert in the field, such as Bruce Chapman, the designer of the HECS, have highlighted the probable negative social consequences.

The previous government’s low-SES targets are now seen as unnecessary and restrictive. Universities must in future set aside 20 per cent of their increased fees for scholarships but, essentially, the Pyne agenda’s premise is that, if students value higher education, they will be prepared to pay for it.

The minister has asserted that competition between providers will improve choice and quality, and keep fees low. Thus universities should be free to define their place in a more open market of alternatives for students, facilitated by deregulation of fees and encouragement to specialise more. There will be a place for a central agency, TEQSA, in assuring quality, but administrative requirements from Canberra will be sharply curtailed.

These are elements of a higher education agenda driven by ideological certainty rather than by evidence. The free market does not always drive prices down. In Britain, 75 per cent of courses are now offered only at the maximum fee of £9000, and vice-chancellors are calling for complete deregulation. The US system, so often the minister’s example of choice, seems broken in terms of student debt and radical discrepancies in quality.

Less commented upon, but equally important, is the premise that research funding should be both more restricted and more focused on research with clear applied outcomes. Cuts in funding  to the Australian Research Council and cooperative research centres (euphemistically labelled as “efficiency dividends”) have coincided with the announcement of a medical superfund of $20 billion, contingent on the success of the medical co-payment scheme. Research higher degree students will not be exempt from the funding regime faced by bachelors and masters students. Doctoral research is likely to be a major casualty since those without scholarships will also be paying off loans for earlier degrees.

Finally, the Coalition’s agenda seeks to settle old scores with political opponents from their days in student activism by returning to voluntary student unionism. Compulsory fees to support student services reintroduced by the Gillard government will no longer be levied. Universities may charge students to support activities and services, but within non-political parameters.

Minister Pyne’s 20 per cent cut comes on top of the previous government’s decision to cut $3.3 billion in order to fund the Gonski reforms. Labor now opposes its own cuts on the basis that promises on Gonski funding will not be fully implemented. All this has placed university executives between Scylla and Charybdis. The worst case scenario for vice-chancellors is that the cuts in funding for university places and pauses in funding other schemes will be introduced without the fee deregulation that would enable them to make up for the losses, albeit at the expense of students facing at least a doubling of the personal cost of higher education. They have been placed in the invidious position of having to argue for the right to charge their students far more.

One year into his term of office, it remains unclear whether Christopher Pyne’s agenda will be realised. The stakes are high. The Australian higher education sector is a major success story of the past thirty years, despite the long-term withering of public funding: it enjoys a positive approval rating of about 75 per cent in opinion polls; 37 per cent of Australians now have degrees compared with only 3 per cent forty years ago; and the sector does quite strongly in international research rankings, despite signs of a gradual slide. International education is Australia’s fourth-largest export, generating about A$14.5 billion in revenue. There are currently 422,000 international students in Australia, the highest proportion of all OECD countries, and there are three million overseas alumni, an invaluable if neglected resource in both business and “soft” diplomacy.

The higher education sector is now in uncharted waters. The very considerable achievements it has made in terms of educating rapidly increasing numbers of students from Australia and overseas and, in many cases, through acknowledged research expertise, are at stake. But the choices appear to be between the status quo plus cuts to research and special grants funding on the one hand and a radical new agenda on the other. Either way, researchers and students will pay the cost. •

Peter McPhee is a Professorial Fellow in the Melbourne Graduate School of Education at University of Melbourne.

From the archive “The preservation of pure learning” Frank Bongiorno 4 June 2021 The pandemic has exposed longstanding problems in Australian universities. But it’s possible to map a way out
Close 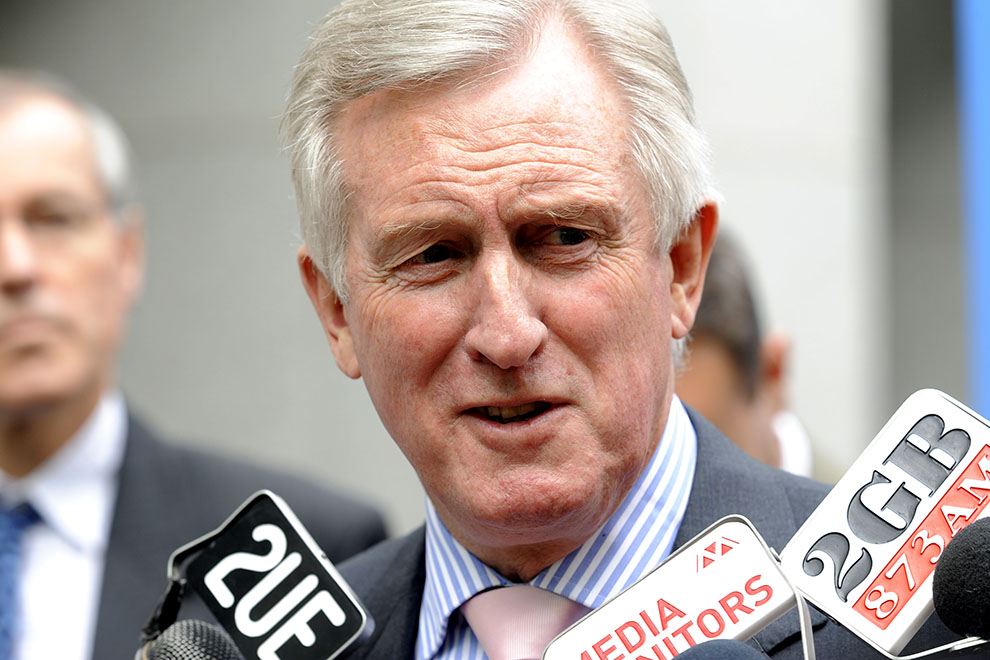