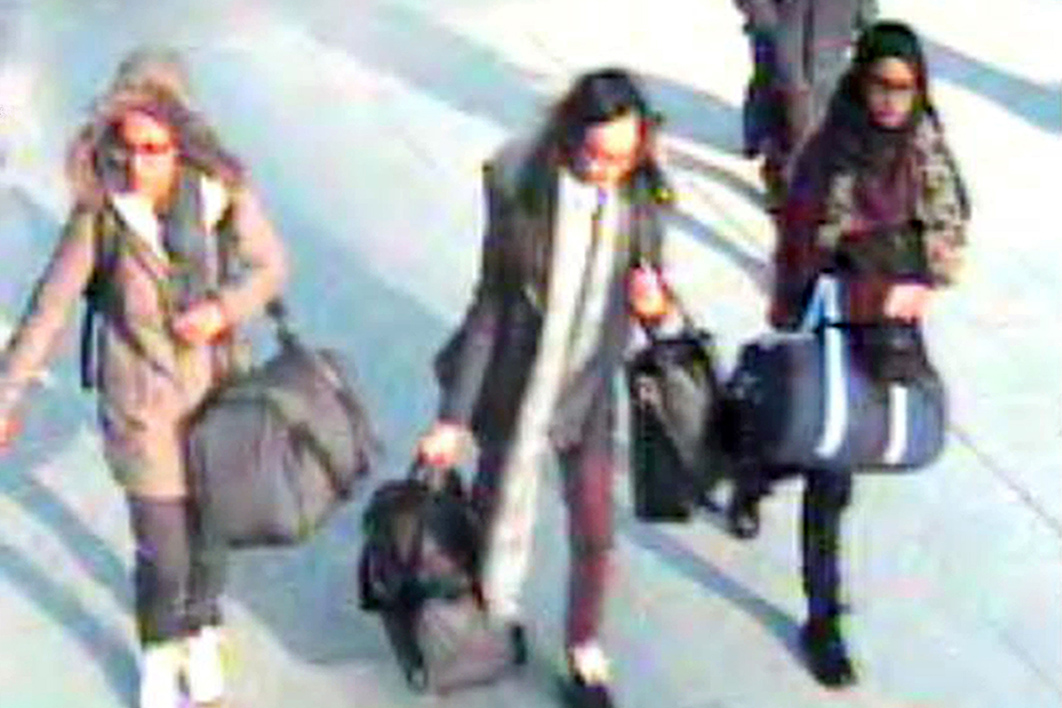 Last week Britain’s home secretary, Sajid Javid, started the process of revoking the citizenship of Shamima Begum, a nineteen-year-old from east London detained in a Syrian refugee camp. Begum was one of three teenage friends who left Britain in February 2015 to join Islamic State. She now wishes to return home with her newborn son, and the government’s efforts to stop that happening are creating considerable controversy.

That was not Javid’s only option. In its 2018 report CONTEST: The United Kingdom’s Strategy for Countering Terrorism, the Home Office provided a quite different “illustrative example” of how it might deal with a British woman and newborn baby who had fled Islamic State territory to return to Britain. “Given that the mother has lived in Daesh-held territory,” says the strategy, “the Home Secretary and a judge [would] approve the use of a Temporary Exclusion Order to manage her return.” It goes on:

On arrival in the UK the police launch an investigation into the woman’s activities in Syria to determine whether any crimes have been committed. If there is evidence that a crime has been committed then the mother will be charged and the Crown Prosecution Service will conduct criminal proceedings. If there is no evidence of criminality, the mother is assisted in reintegrating into society, for example, by requiring her to attend a series of sessions with a specially trained deradicalisation mentor. In the meantime, the mother is also obliged — as part of her Temporary Exclusion Order — to report regularly to a police station and to notify the Home Office of any change of address. The local authority is involved to ensure that the child is not at immediate risk and appropriate measures are put in place to help safeguard the child’s welfare.

The British Nationality Act allows the home secretary to deprive an individual of citizenship if he or she is satisfied that this is “conducive to the public good.” But the British law follows international law in specifying that people can’t be deprived of citizenship if they would be rendered stateless. Naturalised British citizens can have their citizenship revoked only if the home secretary “has reasonable grounds for believing that the person is able, under the law of a country or territory outside the United Kingdom, to become a national of such a country or territory.”

Because Begum is British by birth, Javid can only cancel her British citizenship if she is a dual national. In attempting to do so, he appears to be relying on a belief that Begum holds dual citizenship with Bangladesh simply because she is of Bangladeshi heritage. Echoing the response of the Fijian government to Australia’s recent decision to deprive Islamic State fighter Neil Prakash of his citizenship, both Begum and the Bangladesh government argue otherwise.

While Begum is challenging the home secretary’s order, she will remain in the refugee camp with 39,000 other former residents of Islamic State’s caliphate, which is not a particularly viable long-term solution. So what are the British government’s options if revoking her citizenship doesn’t work?

British law offers the government three main options: prosecution; temporary exclusion orders; and terrorism prevention and investigation measures, or TPIMs. Despite their name, temporary exclusion orders were not designed to exclude British nationals from the United Kingdom (though this was prime minister David Cameron’s original intention). Their role is to facilitate the return — on the government’s terms — of people suspected of terrorism-related activity. Those terms can include the requirement to report regularly to a police station, to notify the police of residence details, and to attend deradicalisation programs.

Australia doesn’t yet have a similar system of restricted re-entry, though the Counter-Terrorism (Temporary Exclusion Orders) Bill, which was introduced into parliament at the end of last week, aims to remedy this. If enacted, it would grant the home affairs minister similar powers to those available to Britain’s home secretary. The bill lists a range of “post-entry conditions,” including a requirement to provide specific information (place of residence, employment and education, among others). Unlike the British temporary exclusion orders, though, Australia’s orders don’t entail deradicalisation and reintegration programs.

It isn’t entirely clear what temporary exclusion orders would offer that Australia’s existing control orders can’t provide, other than to prevent the return of a suspected foreign terrorist fighter for up to two years — potentially a delaying tactic to allow citizenship to be revoked. The Australian system of control orders, based on the British regime of the same name (which has since been repealed and replaced with TPIMs), enables far greater obligations, prohibitions and restrictions to be placed on individuals in much the same circumstances.

There is one important difference: a temporary exclusion order can be issued by the minister, whereas control orders can only be made by a court. Just four control orders have been issued by Australian courts since Islamic State declared a caliphate in mid 2014 — and, despite several amendments to ensure that the legislation applies in this context, none of them was made against returned fighters. Numbers are low in Britain too: only eight TPIMs have been imposed there, though it is not known whether any of these relate to returned fighters.

The difficulties Australia might face issuing temporary exclusion orders can perhaps be anticipated from the British experience. Around 900 British citizens are believed to have travelled to Syria and Iraq over the past five years. The government estimates that two-in-ten have been killed, four-in-ten have already returned, and four-in-ten remain in the conflict zone. Of the approximately 360 people who are estimated to have returned to Britain, only nine have been subject to temporary exclusion orders. The vast majority have not, it seems, been subject to any state action at all.

A further forty returnees have been prosecuted. Is this a better option? One of the main difficulties of prosecuting returned fighters is the collection of evidence. Australia might have solved this problem five years ago by creating a new offence of entering or remaining in a declared area, an option Britain has only recently shown any enthusiasm for. Just last week a new offence of entering into or remaining in a designated area, based on the Australian legislation, was enacted. Whether it will apply to Begum is uncertain.

The home secretary can use this new power if he or she is “satisfied that it is necessary, for the purpose of protecting members of the public from a risk of terrorism, to restrict United Kingdom nationals and United Kingdom residents from entering, or remaining in, the area.” As yet, Sajid Javid has not designated any area for this purpose. But even if he were to designate the part of Syria where Begum is detained, it is still unlikely that the offence will apply to her, for the legislation stipulates that a person does not commit an offence if he or she enters or remains in a designated area involuntarily. No matter how anxious to return to Britain, Begum would find it very difficult to leave the Syrian refugee camp without the British government’s assistance. •

Jessie Blackbourn is a Research Fellow in the Centre for Socio-Legal Studies at Oxford University. Her book Anti-Terrorism Law and Normalising Northern Ireland is published by Routledge.