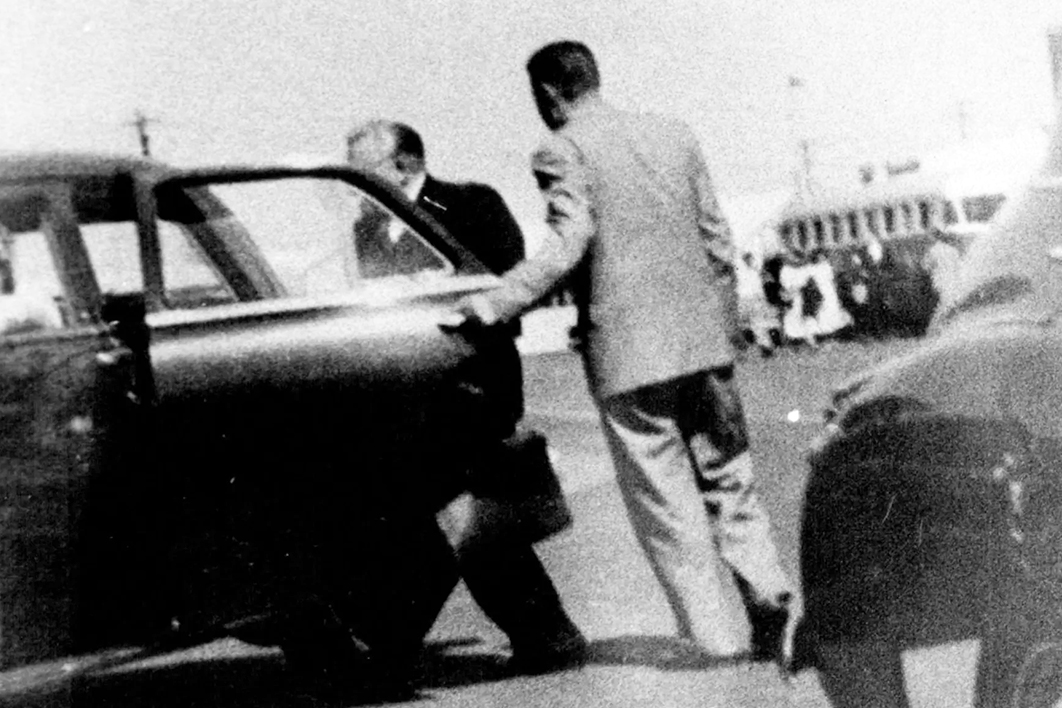 One day in the winter of 1937, Jessie Jordan caught a boat from Hamburg, where she had been living, to Scotland, where she was born. An unassuming, bustling grandmother, she opened a hairdressing business, Jordan’s Salon, in the coastal town of Dundee. There, during the period of British prime minister Neville Chamberlain’s appeasement of Hitler, she provided intelligence to the German government on naval installations, army barracks and the coastguard station at Fife Ness.

Jordan’s eventual arrest by MI5, and especially the discovery of messages to her from German spies concerning a plot to steal US defence secrets, was a turning point. It prompted more systematic intelligence-sharing between Britain and the United States and laid the basis for the founding, after the war, of the remarkable international spy network known as the Five Eyes.

Richard Kerbaj’s new book, The Secret History of the Five Eyes, is the first dedicated history of an alliance that remained secret until 2010. The embryo Five Eyes was initially restricted to wartime cooperation between Britain’s Bletchley Park, which was cracking German codes, and Arlington Hall in the United States, where Soviet cables were being decrypted. It was expanded to include Canada in 1949 and Australia and New Zealand in 1956. Despite the desire of several non-Anglosphere countries (including Japan) to join, its membership has remained exclusive ever since.

With its huge intelligence budget — US$84 billion in 2021 for the spy-related activity of the CIA, the FBI and the National Security Agency — the United States is clearly the dominant member. The other four countries, Richard Kerbaj writes, are akin to “backup vocalists in a band: they are there to provide the lead singer with vocal harmony.”

Through interviews with scores of intelligence officers and several world leaders, Kerbaj — an Australian journalist and filmmaker based in London — has probed deeply into the inner workings of the Five Eyes and produced an illuminating and immensely readable study. An underlying theme is the centrality of individuals and personal relationships in shaping the network. Some historical figures in the intelligence world are well known (Britain’s Guy Liddell, Canada’s William Stephenson, America’s “Wild Bill” Donovan and Allen Dulles, and Australia’s Charles Spry); others are only now emerging from the shadows.

Indeed, this is very much a character-driven book, with each chapter beginning with a pacy vignette involving espionage agents — though the account of Geza Katona, the CIA’s lone officer in Budapest during the 1956 uprising and Soviet invasion, is poignant more than pacy. Katona’s increasingly desperate pleas for assistance were ignored by CIA headquarters in Langley. According to Kerbaj, “the CIA disregarded its moral obligations to help Hungarian revolutionaries whom it had spurred on,” a misjudgement that entrenched Soviet dominance behind the Iron Curtain.

The book recounts numerous events involving the Five Eyes intelligence services, not always acting in harmony. During the Suez Crisis in 1956, US president Dwight D. Eisenhower refused to endorse the British–French–Israeli intervention — and then imposed a settlement on a humiliated Anthony Eden. During the Yom Kippur war of 1973, Britain disagreed with the US support for Israel.

The United States expressed consternation about the Whitlam government’s raid on ASIO offices and its intention to reassess security agreements on Pine Gap and North West Cape, and about the New Zealand government’s decision to deny access to nuclear-armed and nuclear-powered American ships. MI6 covertly sent teams of elite British soldiers to northern Afghanistan to fight Soviet troops alongside a local Tajik militia rather than with the CIA-backed mujahideen.

The recurring suspicion and hostility among the Five Eyes mainly involved disagreements between the British and American intelligence agencies over morality and methodology. Lapses in security also cooled relations; it took many years after the exposure of the Cambridge Five spy ring, for example, before the US agencies again fully trusted the British with their secrets.

But while there was a unifying threat — namely the Kremlin — the alliance weathered or repaired these tensions and fractures. Both signals and human intelligence were extensively shared, including information supplied by important Soviet defectors including Vladimir and Evdokia Petrov, who famously defected to Australia in 1954, and Oleg Penkovsky and Vasili Mitrokhin.

The end of the cold war and the collapse of the Soviet Union stripped the Five Eyes of its raison d’être — until, that is, al Qaeda and its imitators provided a new collective threat. More than a third of The Secret History of the Five Eyes is devoted to the period after 9/11, and here Kerbaj relies more heavily on interviews and internet searches than secondary sources and archival research.

He provides compelling accounts of the serious intelligence failures leading to the catastrophic invasion of Iraq; of the chilling “extraordinary rendition” to Syria and brutal torture of an innocent Canadian, Maher Arar; of the spying on G20 allies (including the phone tapping of Angela Merkel); and of Edward Snowden’s massive leaks revealing National Security Agency monitoring of millions of citizens, a US intelligence operation not shared with the relevant British agency.

One of the book’s scoops comes in Malcolm Turnbull’s frank recollection of his reaction when Australia’s high commissioner in London, Alexander Downer, “blurt[ed] out political gossip” over evening drinks with George Papadopoulos, a young campaign adviser for Donald Trump. This gossip, as we know, concerned Moscow’s cyber hacking of thousands of emails sent by Hillary Clinton’s senior Democratic Party officials, and ultimately precipitated the Mueller investigation into Russian interference in the presidential election.

Interviewed by Kerbaj in January this year, Turnbull describes Downer as “reckless and indulgent.” But for their friendship, he says, the former foreign minister would have been sacked. Turnbull, who only learned of the incident after the FBI was sent to interview him, accused Downer of imperilling the “professionalism of our foreign service.” When Trump was elected and US–Australia relations soured, he felt obliged to explain to the new president that Downer “acted on his own, without authority.”

Historical rivalries — between MI5 and MI6 (and sometimes Britain’s Government Communications Headquarters), and between the CIA and the FBI, the latter of which was submerged after 9/11 — evaporated in the face of Trump’s hostility towards Western intelligence agencies. Having closed ranks, they collaborated in attempting, unsuccessfully, to penetrate Vladimir Putin’s inner circle and in predicting, correctly, his invasion of Ukraine.

Putin’s invasion has mobilised and reinvigorated the Five Eyes to an extent not seen since 9/11, leading Kerbaj to conclude — on an uncritical note, considering the failures, oversights and misuse of intelligence — that “the alliance remains vital in attempting to foresee and combat future threats.”

This is an important book, but I have several quibbles. Frequently, events and episodes are injected with a Five Eyes dimension when the relevance to the alliance is dubious or their relationship tenuous. Kerbaj’s discussion, for example, of the CIA’s use of “enhanced interrogation” at Guantanamo bears no discernible connection to the Five Eyes; it was a unilateral move by the Americans. And to title this book a “secret history” and an “untold story” is overreach: while the sustained, if strained, focus on the Five Eyes is distinctive, most of the espionage cases are familiar and the subjects of extensive previous studies.

The book also contains errors. Take the chapter “UKUSA Becomes the Five Eyes,” which centres on the Petrov defections — an event, according to current ASIO director-general Mike Burgess, that “played a critical part in the wider Five Eyes story” by enhancing the intelligence cooperation between Australia and its allied partners. Kerbaj states as a fact that the Soviet ambassador to Australia, Nikolai Lifanov, made “unreciprocated sexual advances” towards Evdokia Petrov and that her rejection of Lifanov caused his hostility towards Vladimir Petrov. This is important because Petrov’s perception contributed to his desire to defect. Kerbaj’s source is Robert Manne’s The Petrov Affair, where a statement given to ASIO by Evdokia (not necessarily to be believed) is quoted. But Manne then details a range of far more plausible reasons for Lifanov’s animosity.

Nor is there solid evidence that ASIO intercepted the Soviet embassy’s phone calls in the early 1950s, as Kerbaj claims. And nor was ASIO’s enhanced reputation after the Petrov defections the reason British prime minister Anthony Eden asked Australian prime minister Robert Menzies to go to Cairo during the Suez crisis. In fact, Menzies agreed to carry the can for the British by chairing the Suez Committee (whose negotiations with President Nasser abjectly failed) because he believed Nasser should be put in his place and he wished to stand up for Britain’s interests in the region.

In a recent review of The Secret History of the Five Eyes, intelligence historian Nigel West devotes five of his eight pages to errors of fact, interpretation and analysis, so the Petrov chapter is perhaps not an exception.

My final criticism may seem churlish to some but not to historians. We favour copious endnotes that enable the reader to see (and if necessary verify) the source of the statement. Not only is Kerbaj’s paucity of endnotes a source of frustration, but he (or his publisher) has adopted the lamentable practice of eliminating all superscript numbers from the text. The endnotes themselves give no page references for sources. Most consist of a brief quote referring to a longer quote buried in the text; others, referring to such sources as “Private information” or “Five Eyes source,” are tantalisingly opaque. Although Britain’s National Archives are used effectively in the early chapters, the only endnote referencing the National Archives of Australia (on the Petrovs) has no identifying series, item or folio number, and the wrong date.

Notwithstanding these flaws, The Secret History of the Five Eyes is a fascinating read, notable for its span of eighty years and five countries, its unparalleled access to members of the intelligence community, its clear structure and fluent prose, and its relevance to the unpredictable world order we face. •

The Secret History of the Five Eyes: The Untold Story of the International Spy Network
By Richard Kerbaj | Blink Publishing | $34.99 | 402 pages