Books | The world’s in better shape than we thought 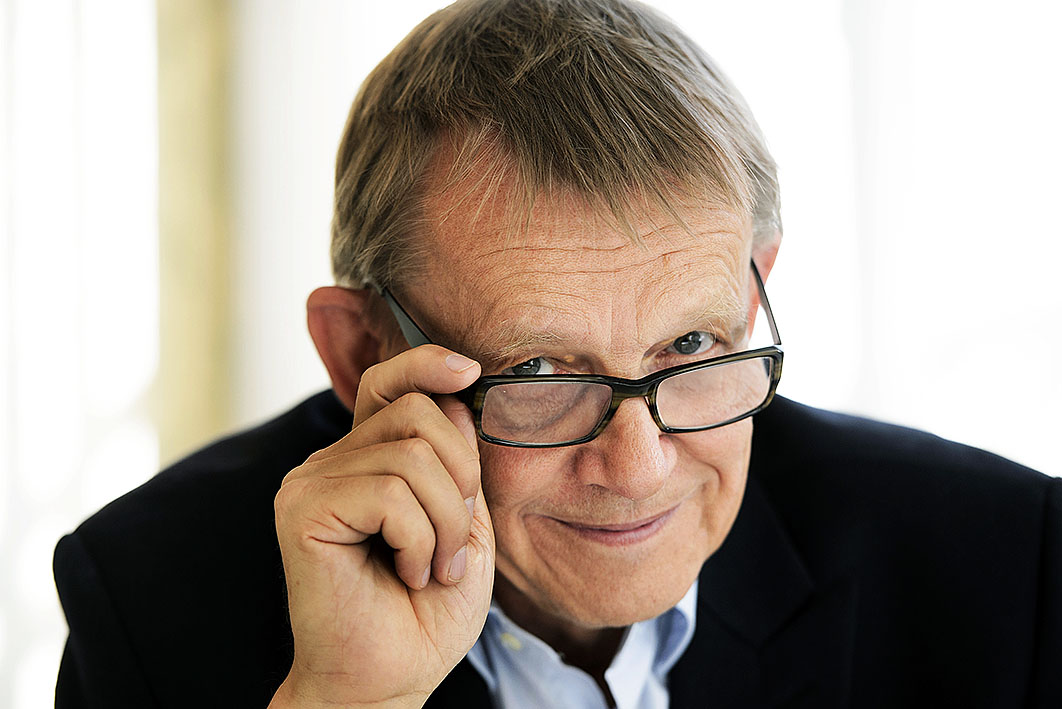 Factfulness: Ten Reasons We’re Wrong about the World — and Why Things Are Better than You Think
By Hans Rosling, Ola Rosling and Anna Rosling Ronnlund | Hodder & Stoughton | $26.99 | 352 pages

Do you feel worried about the state of the world? I wouldn’t blame you; it’s been a rough couple of years. Far-right populists are gaining traction around the globe. Neo-Nazis are coming out of the woodwork in Europe, the United States and — horrifyingly — closer to home. The American government has been shut down for more than three weeks, the latest in a series of rolling controversies. Britain is tumbling towards a hard Brexit. And there’s the looming threat of climate change, which serves as a constant reminder of the impotence of our slogan-laden politics.

I’m not going to sugar-coat it: things aren’t going well. But in the new year, I’d like to offer some hope. It comes in the form of a book. Reading it might cheer you up a little.

The book is called Factfulness. According to its main author, Hans Rosling, factfulness is a toolkit for people who want to make the world a better place. Like mindfulness — the meditative process of bringing one’s attention to the moment — factfulness breaks down the anxious tics in our brains that make things seem a lot worse than they are. It works by grounding our perceptions in data and facts. It reveals how the world really is — the good bits along with the bad.

The book sprang from Rosling’s time as a teacher in a top Swedish university. Before taking the role, he’d worked as a doctor and public health expert in Africa, where he’d seen the impact of poverty firsthand. Despite his depth of experience, he worried his ambitious new students would already know everything he could teach them. So he gave them a pop quiz to test their background knowledge.

The quiz asked simple questions about things that affect people around the world every day: things like poverty, wealth, population growth, the environment, and more — questions similar to this one:

What is the life expectancy of the world population?*

The results surprised him. Rosling’s clever students consistently got the answers very wrong. They were so far off the mark, in fact, that they would’ve been better off choosing their answers at random.

Even more surprisingly, when Rosling took his quiz out of the classroom he discovered that Nobel laureates, people at the World Economic Forum and prominent policy-makers also got the answers wrong.

He quickly realised that people don’t fail the test because they’re unintelligent. People fail because of their preconceptions about the state of the world. The test is hard to pass because most of us think the world is a worse place to live than it actually is.

Since the 1950s, life expectancy has improved in leaps and bounds, and global hunger and poverty have fallen dramatically. More girls are going to school; fewer children die before their fifth birthday than ever before. More people have electricity coverage, are immunised, and have access to clean water. We even have more guitars per capita — 200 guitars for every million people in 1960, and 11,000 today.

Why don’t we know about the global development success story? Because, as Rosling says, bad news travels faster than good news. Progress is often slow and incremental, which makes it harder to identify — it’s difficult to imagine a headline on the gradual decline of malaria, but a sudden earthquake, war or famine is likely to cut through. Fear generates more clicks.

We need to break the cycle and know the facts, Rosling says, because without them it’s easy to fall prey to an over-dramatised worldview. Thinking things are worse than they are will make you feel gloomier about the future than is warranted. We should celebrate how far we’ve come.

Rosling has received a lot of pushback for his optimism. Perhaps you’re sceptical of his call for celebration? “Okay,” you might think, “the trend is upwards, but many people are still badly off — we shouldn’t forget them.”

You would be right. Rosling’s data shouldn’t allow us to be complacent, to give ourselves a pat on the back and walk away from a job well done. On the contrary, this book should inspire us to strive for more — to look for an evidence-based policy vision that can lift the worst-off in society and put them on track to lead a better life. It’s worked before, and it can work again.

There’s still a lot of progress to be made. We should focus on areas where we’re still behind — climate change, gender and racial inequality, and the remaining pockets of global poverty, to name a few. To do that, we need to know the facts. Otherwise, the people who want to improve the lives of others are likely to try the wrong interventions, or focus on the wrong areas — or give up, hopeless and disengaged. That’s why Factfulness is an important book.

I helped coordinate the Grattan Institute’s latest Summer Reading List for the Prime Minister, released last month. We chose books that are thoroughly readable, have something worth saying, and will stick with you.

Factfulness was on the list — a perfect addition. To my mind, this book is an essential read for Scott Morrison, and for any Australian interested in public policy. There’s a lot to learn from Rosling’s dedication to the story of human progress.

Perhaps with a bit of New Year’s optimism we could all do better on Rosling’s test. •

* The correct answer (updated to contemporary data) is C.

Carmela Chivers is an Associate at Grattan Institute. Views expressed are her own. Follow her on Twitter: @CarmelaChivers