Scott Morrison isn’t the only one whose stocks have risen 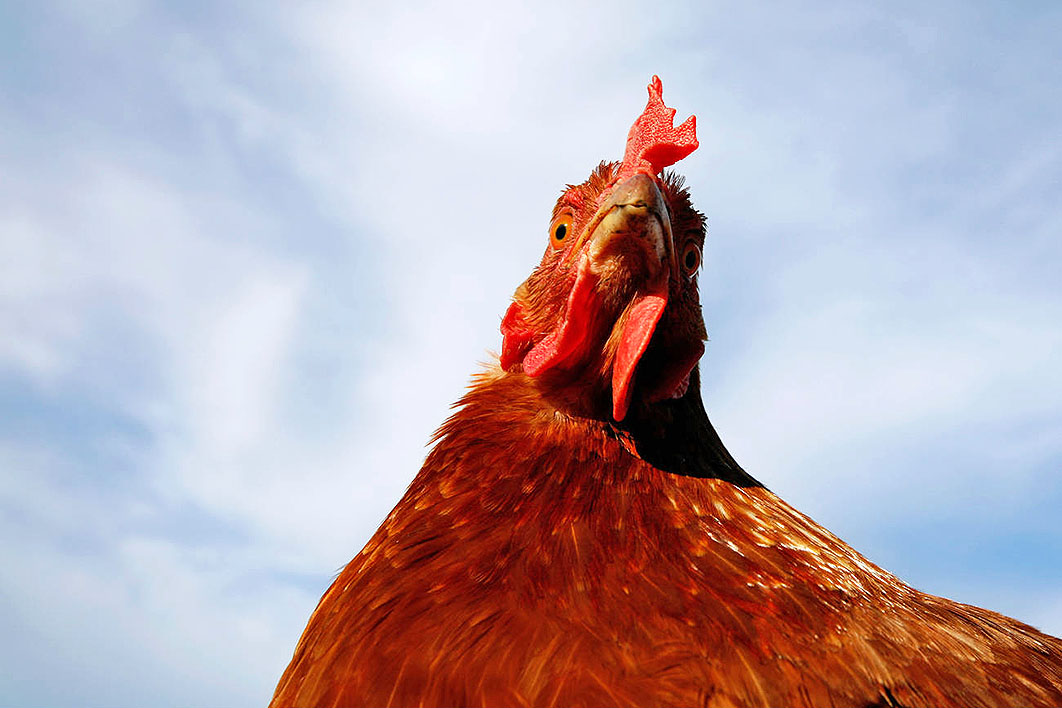 Sometime in late February, when Covid-19 was something happening somewhere else, a short, fragile old man at the local IGA was teetering dangerously while trying to muscle a mountain of toilet paper up to the checkout. By the time I got to him he was scrambling for his dignity as much as his tumbling cargo. I helped him gather up the plunder, but that’s all I could help him with. His dignity? Not so much. He didn’t want my help — that was clear enough — so I backed off. But not before I saw the fear in his eyes. I was coming for his dunny rolls. Strange days indeed.

It’s only got weirder since then, of course, and the walls at home are closing in fast. The dog’s loving it though. Walks are longer and more frequent; he’s got plenty of friends down at the park and social distancing doesn’t appear to be a huge concern for any of them. My son’s loving it too. Nothing focuses a fifteen-year-old boy on what’s important like a school lockout. For him it’s the perfect crime with zero downside: arson minus the fire and the risk. My daughter? Bored. That’s not all that remarkable — she’s twelve and it’s a common refrain among her cohort. She’s been going okay though, hanging out in the kitchen with a friend of hers she’s known since prep. His kitchen’s in San Francisco. He’s bored too.

Given the more pressing problems around, boredom doesn’t qualify as a problem at all. Virus or no virus, it never really has. I don’t know who said it but we’ll struggle for a decent novelist in the future if no one ever gets bored and stares out a window. Perhaps, and if we do what’s being asked of us and stay indoors, we can look forward to some good art coming out of Covid-19. If the artists survive it, that is, which they surely will. If the arts community is familiar with anything it’s the bones of its collective arse. If you need proof of that, try googling “ministry for the arts in Australia.” You’ll end up deep in the Department of Infrastructure, Transport, Regional Development and Communications. There’s an office in there somewhere with Arts on the door. Maybe.

While it’s not only the arts that have been devastated, no other trade has been shut down so swiftly and unceremoniously. Sport dragged its heels in a protracted farce, Crown Casino likewise. Restaurants are hanging by a thread and the best a waiter can hope for is a gig as a delivery driver. But the arts? A couple of weeks ago now a friend who manages a band sent me a text: “Tonight’s our last show for quite a while… last coin for a while too.” This after a period that saw a multitude of benefit gigs across the country for bushfire victims and their communities. Those with shallow pockets have always dug the deepest. No surprises there.

A while ago now, in the interests of mental health and a desire for clear air on matters of public importance, I ditched Facebook. It was a good decision, for me at least. Friends may disagree, though, because now I send rants directly, via text.

Like most, I have an assortment of contacts in my phone: friends, acquaintances, immediate and extended family, work colleagues, professional connections and any number of less intimates. There’s a plumber, a couple of builders and a mechanic, musos, politicos, thespians, academics, workaholics, alcoholics, new-age hippies, office workers, business owners, people I don’t like much, people who don’t like me much, names I don’t recognise. You get the picture. Left, right and all that’s in between.

In equal parts inspiration and irritation, I texted a request for responses to a simple prompt in relation to Covid-19: “I find it curious/amusing that…” The replies came quickly, and the willingness of people to share then, and in the days following, made me regret I’d boxed them in with a such a narrow request and left deeper questions unasked. There isn’t much that’s amusing about Covid-19 after all. Some of them texted just to tell me that.

The general tenor of the responses suggests that Scott Morrison’s been presented with an opportunity to redeem himself after a summer that left many wondering if he was up to the job. For the most part, it has to be said, they’re still wondering. For many, that the prime minister has been only too keen to surround himself with experts in relation to the public health crisis is at stark odds with his inclination to distance himself from people who know a lot about the environmental one. Morrison was also criticised for his “It’s ridiculous, it’s un-Australian and it must stop” rebuke to panic buying: “I find it curious,” texted someone, “that the PM finds it necessary to chastise ‘quiet’ Australians for being rampant market-driven capitalists for buying and selling toilet paper.”

Market-driven capitalism, neoliberalism, whatever you want to call it, came in for sharp critique. As one (now jobless) texter noted, “We have to look long and hard at a system that folds in on itself so spectacularly that it can barely sustain society beyond the loss of a single weekly pay cheque.” The challenge now is that it’s far more monumental than a single pay cheque.

Those in the privileged position of having a job — for now anyway — wonder what type of workplace they’ll be returning to once the virus subsides. At the very least, employers will have a picture of who among their staff works best autonomously, who needs the social setting of an office, and who’s best left at home, free of the nine-to-five factory settings that society mostly just endures because they’re too hard to change.

Massive change, of course, has also hit the education sector. While online education has hung like a Damoclean sword over more traditional forms of teaching and learning for a couple of decades, despite the zeal of its many champions it’s a tough sell, not necessarily because of what it is as much as because of what it isn’t. Anyone who’s been conducting social and work interactions full-time for the past couple of weeks via Zoom, Skype or Facetime will appreciate what is lost. At universities at least, and particularly in arts faculties where a contest of ideas is vital to the pursuit of knowledge and shifting truths, the mooted demise of face-to-face teaching is lamentable. No matter how good sound and video quality is, the virtual classroom is no substitute for being in a room together, in each other’s company, where subtlety, nuance and body language contribute so much to modify behaviour and maintain civility.

Among tales that arrived in my phone of being swept up, or not, in panic-buying melees, there was concern about the rush on egg-laying chooks in the scramble for self-sufficiency. In the not-so-olden days, the minute a chicken stopped producing eggs at a reasonable tempo it ended up in a casserole dish. Stories of headless, bloody chickens chucking laps of the Hills hoist in the backyards of yesteryear are rife among the over-fifties and pretty much all of them involve impossible-to-shift memories of mum and dad tag teaming in the domestic slaughter. Now, your best laying hen’s called Molly or Fluffy and you have adorable photographs of your three-year-old daughter and five-year-old son cuddling her in the backyard. Even if by some miracle you manage to get the idea of Molly’s beheading past the kids, you probably don’t even own a tomahawk, much less the skill or conviction to use it.

I know all this because I have adorable photos of my three-year-old daughter and five-year-old son cuddling Molly, our best laying hen, in the backyard. Molly died of natural causes six years after we last saw an egg. Fluffy, Rusty, Muffy and Twinkle had similarly long and semi-productive lives, which is no small feat given the preponderance of foxes in the suburbs of Melbourne.

The hard lesson from the summer that Scott Morrison only just bumbled his way through is that the public needs and expects good governance in a crisis, and, importantly, when they don’t think you’re up for it, you’ll hear about it long and loud. At the very least they expect the prime minister to be in the country.

In that respect, at least, Morrison is going well. He couldn’t get a flight to Hawaii right now even if he wanted one. In the other? While it’s still early, his stocks appear to be rising. •

Books | What can novels tell us about how political ideas circulate? 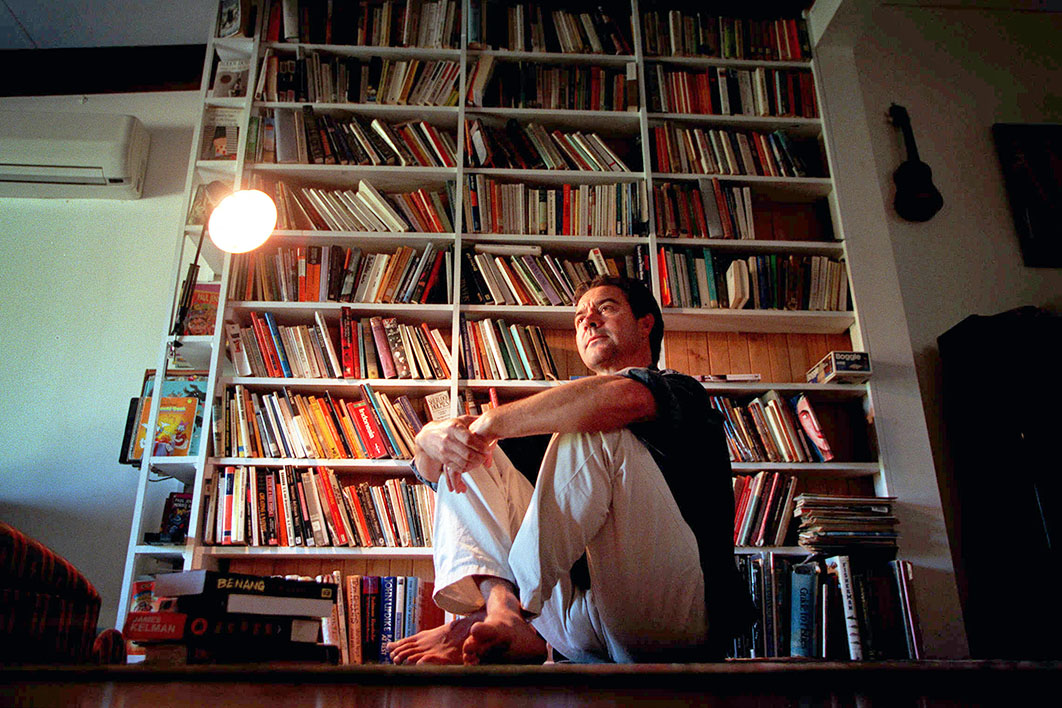