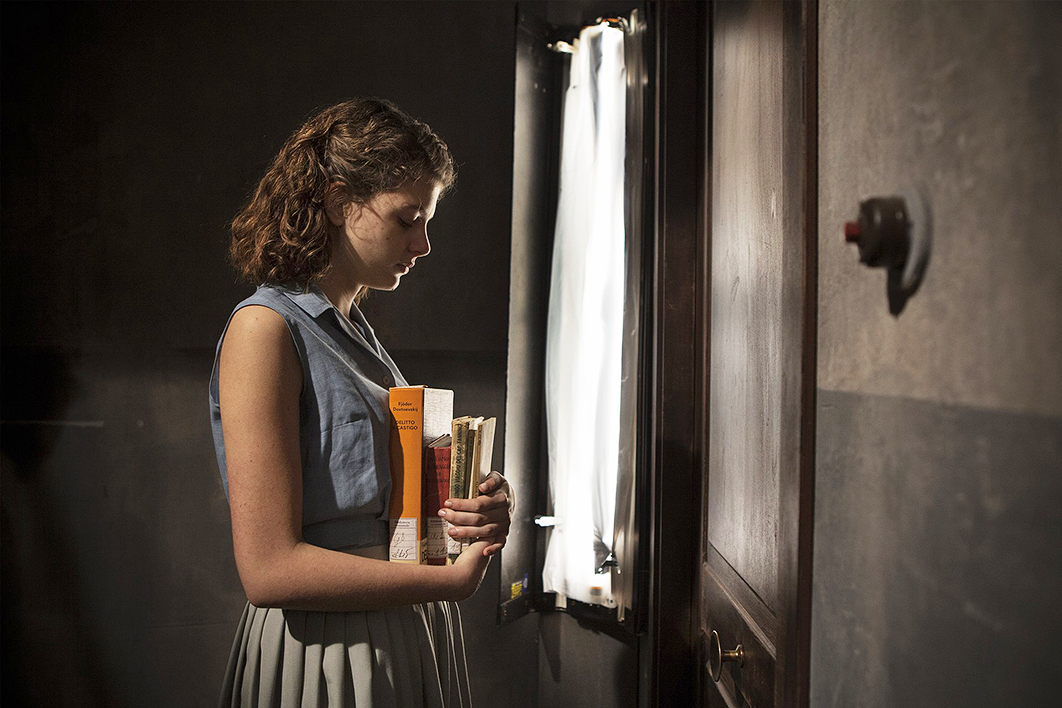 Margherita Mazzucco as the teenaged Elena in My Brilliant Friend.

Elena Ferrante’s Neapolitan novels have become a literary phenomenon not just because of their stellar sales but also for their capacity to exercise an almost hypnotic grip on readers. Ferrante fever has brought tourists flooding into Naples looking for locations that have acquired the intensity of dream visions. In obvious ways, the novels are also a television producer’s dream, though the challenges of bringing them to the screen have been formidable.

My Brilliant Friend, the first of the four novels, has been dramatised as an eight-part series, with Ferrante’s involvement as a script consultant. US network giant HBO collaborated with European production company Rai Fiction to film the series in Campania, the region of which Naples is the capital, with a cast drawn from local schoolchildren and actors familiar with the regional dialect. It is HBO’s first foreign-language series, and comes with English subtitles.

“Authenticity” is often equated with scrupulous attention to detail, but here it has a more fundamental meaning. It is as if personalities and events are manifestations of the environment. Because any sense of an individual psychology or destiny must be wrested from the determining influence of the social milieu, it is this milieu, first and foremost, that must be realised on screen.

The story commences in a suburb on the outskirts of Naples. In the words of series director Saverio Costanzo, this is “a place with no meanings, no charm… built in the middle of nothing” in the late 1940s. Costanzo and his team constructed the exteriors of fourteen apartment buildings, with corresponding interior sets, a church and streetscapes with shopfronts and trading carts. The apartment blocks are typical postwar concrete constructions, their small, railed balconies fit only for hanging washing. There’s hardly a tree in sight, and the landscape around is flat and featureless. Vesuvius is a distant presence and the sea a remote prospect.

Ferrante draws her storylines from the interplay of households struggling to make a living or, in some cases, to break out of the poverty trap with more aggressive commercial ventures. Neighbours fight each other like crazed teenagers, harbouring resentments and pursuing long-term vendettas. Children are born into families in which the parents have hardly had the chance to become adults themselves and who have accepted that their own future is written in the past.

Yet two of these children will have a different future. For Elena and Lila, the girls at the centre of the story, opportunities are created by the changing conditions of a larger world and the new freedoms it affords as the war years recede. Their parents see no need for them to be educated, and reward any form of adventuring with a beating, but one of their schoolteachers is equally determined to help them realise their potential.

The two girls are brought together by different kinds of intelligence. Elena is diligent and intuitive. Lila — “brilliant,” according to the title of the novel — has an almost uncanny capacity to learn whatever skills may serve her as circumstances change. Geniale, the adjective in the novel’s Italian title, has connotations of genius or inspiration, but Lila’s genius has a dangerous edge. It is she, alone among the denizens of this wretched, insular suburb, who has the capacity to cheat what they perceive as inevitabilities.

Elisa del Genio and Ludovica Nasti, who play Elena and Lila as primary schoolchildren, were chosen from among thousands seen during the casting process. In accord with the descriptions in the novel, they are perfectly contrasted in physical type. Elena is pretty and well-proportioned, with pale skin and fair hair; Lila is smaller, darker and more angular — “skinny like a salted anchovy,” in Ferrante’s words. Though neither had prior acting experience, they inhabit the personalities of the duo with an assurance that allows the stronger dramatic currents between them to emerge.

More exacting demands are made of Margherita Mazzucco and Gaia Girace, who play the two girls as teenagers. They have to fill in the psychological and emotional dimensions that will play out in the longer term. Elena grows and develops, in a consistent narrative arc. Adolescence makes her awkward, a dumpy figure in shapeless clothes who finds the onset of menstruation humiliating, but she compensates by working hard and doing well at school. Lila is on an arc that twists contrarily. Forced to abandon her schooling, she finds herself given an unexpected beauty which she exploits to gain control of her situation.

All this comes across in the intricately wrought texture of the television adaptation, with some sparing use of narrative voiceover to underline the psychological underpinnings. “Lila acted within me like a demanding ghost,” Elena tells us at one point. The novels come close to suggesting that in their conjoined life course, Lila and Elena are two parts of one psyche, an idea not easily communicated on screen.

Through its unwavering fidelity to the nuances of the two girls’ exchanges, the series risks becoming ponderous at times, but the slow pacing pays off when it is counterpointed by eruptions of tension in the community. Predatory youths circle, developing their own hierarchies. Vicious fights break out and everyone in the street stops to watch.

With thirty-two episodes planned to cover the whole four-part cycle of the novels, this series promises many of the qualities of Un Village Français, perhaps the finest television saga we’ve seen in recent years. Both have that deeper sense of authenticity that comes with a committed engagement with the lives of a community. Sense of place and the material realities of everyday life are so fully evoked that the performances seem to grow out of them, and as viewers we read expressions and reactions as if we were present.

There is, though, a very significant difference. Un Village Français has a more broadly based dramaturgical structure, with different groups of characters involved in their own distinct storylines. Ferrante writes point-of-view novels, so we only connect with the lives and events of the community surrounding Elena and Lila through what is happening to them.

In a novel, this works as part of a complex thematic and psychological framework. It is the narrative voice itself that mesmerises. On television, the unilinear approach becomes a constraint. It’s hard to keep track of the various members of the nine families whose lives are entwined with those of the two girls. Although every character is perfectly cast, creating an ensemble of strikingly individual physiognomies, it’s too easy to just forget who most of them are. They remain part of the backdrop of the central drama.

Perhaps this will become less of a problem as the series progresses and the lives of the two young women open out. As teenagers they discover the city of Naples, with its awakening worlds of fashion in the Via dei Mille, its pizzerias and, of course, its great ocean vistas. And Fabio Cianchetti, one of Italy’s leading cinematographers, has a way of composing scenes that makes every still from the series a compelling statement in itself. Hold off on the visit to the travel agent. You’ll never see these places quite as they have been brought to life on screen. •

A second series of My Brilliant Friend has screened since this review was published. 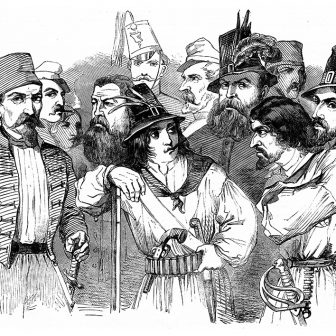 Books & Arts In the footsteps of the garibaldini James Panichi 19 November 2021 Explaining Italy to the rest of us is Tim Parks’s specialty. Now he retraces a daring campaign conceived by the country’s best-known founder

An adaptation for grown-ups 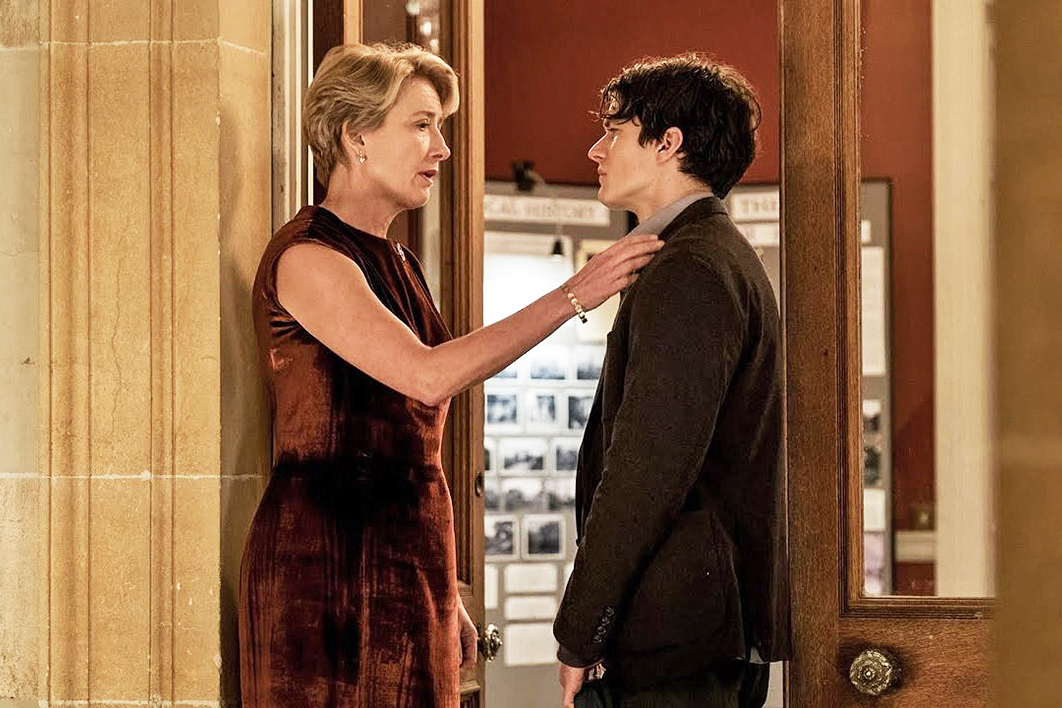