Labour looks like losing the British election, but will the Conservatives win, asks Peter Browne 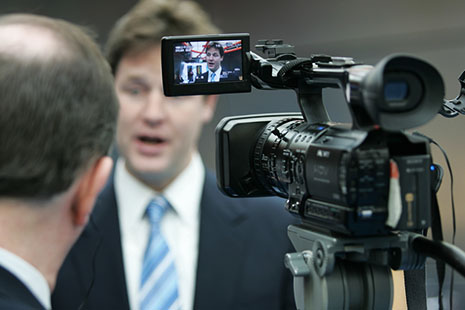 NO ONE EXPECTS Labour to win the British election, which will probably be held on 6 May this year. But the fact that Labour’s decline in the polls has not been matched by a significant Conservative surge is likely to make this a more complex contest than might have been expected. The Conservatives are ahead of Labour in all surveys – “an underlying lead of 13 points,” according to Peter Kellner, president of the polling company YouGov – but given the government’s badly sagging popularity, that gap should be much wider. Support for minor parties, meanwhile, is running noticeably higher than the long-term average.

With some recent polls showing the Conservative lead reduced to 10 per cent or less, a hung parliament, in which no party holds a majority of seats, has emerged as a serious possibility. And if a hung parliament is possible, some government supporters are thinking, then perhaps a surprise Labour win isn’t out of the question?

The fact that a margin of up to 10 per cent doesn’t guarantee a clear Conservative majority mainly reflects the size and geographic pattern of British electorates. Because many Conservative votes are “wasted” in seats with large Tory majorities, Labour gets more bang for its buck from its vote. As a result, according to Kellner, a hung parliament could result from anything between a 1 per cent Labour margin over the Tories and a 10 per cent Tory lead over Labour. “It is quite possible for the Tories to win a million votes more than Labour, and still end up with twenty fewer MPs,” he wrote recently in the New Statesman.

Adding to the problem for the Conservatives is the relatively new leader of the Liberal Democrats, Nick Clegg. Regardless of who heads the party, the Lib-Dems tend to pick up support in the run-up to elections, benefiting from increased exposure during the campaign. But Clegg – a young, articulate leader – could increase that advantage, especially at the expense of Conservative leader David Cameron, who also trades on his relative youth, and especially with the two main parties campaigning in the shadow of the parliamentary expenses scandal.

Clegg will also be participating on an equal footing in three televised leaders’ debates during the campaign. This is the first time party leaders have debated head-to-head during a British election campaign, and it creates an opportunity for the Liberal Democrats to reach beyond their usual support base. As the political editor of the Independent, Andrew Grice, wrote recently, “Mr Clegg’s fatal weakness – that voters simply do not know him – suddenly evaporates. His party’s polling shows that when people see him they like him. Having watched him at one of his 100 town hall meetings, I can see why.”

According to YouGov’s latest poll, Lib-Dem support is steady at around 18 per cent. Despite the publicity attracted by one of them, the xenophobic British National Party, the other smaller parties are individually registering only low levels of support: the UK Independent Party, the Scottish Nationalists and the BNP each on 3 per cent, the Greens on 2 per cent and the Respect Party not managing even 1 per cent.

Regardless of the less-than-spectacular Conservative ratings, Labour can’t win, Peter Kellner told me recently in London. The televised debate could certainly change the dynamics of the campaign in other unexpected ways – but only, says Kellner, if any of the leaders makes a major mistake. People will put up with all sorts of politicians, he says, “but no one wants to be governed by a fool.”

If this year’s election produces a hung parliament then David Cameron will probably govern with the support of smaller parties for a few rocky months and call a very early election. But whether or not it happens this time, Kellner believes that a hung parliament is “almost inevitable over the next few elections” because of the growing non-Labour, non-Conservative vote. •

China’s decision to resist binding emissions targets at Copenhagen gives a glimpse of a country with big and sometimes conflicting plans for growth, trade and influence, writes Peter Browne

Chinese premier Wen Jiabao, centre, talks to members of the African delegation as he arrives for a plenary session at the climate summit in Copenhagen. AP Photo/Anja Niedringhaus 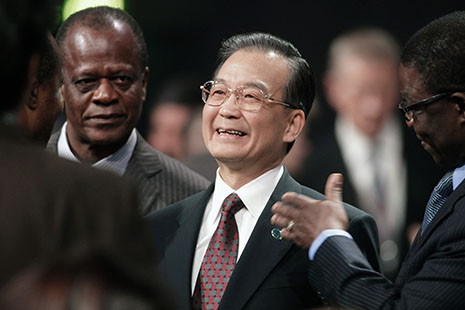 Chinese premier Wen Jiabao, centre, talks to members of the African delegation as he arrives for a plenary session at the climate summit in Copenhagen. AP Photo/Anja Niedringhaus