Extract | As the first world war approached, anxiety grew about the vulnerability of Australia to attack from the north. A key role was played by the man who would be the official war historian 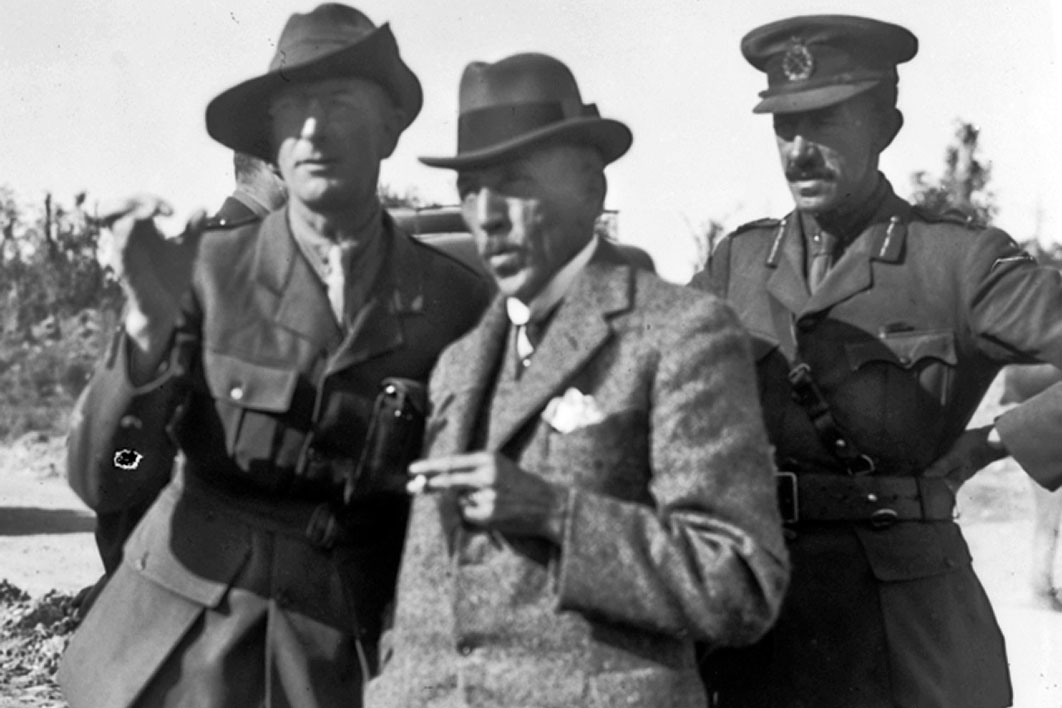 Every generation moulds the Anzac Legend according to its own ideals, and thus moves further away from the original, further away from the understandings that it embodied in its first iteration, the ideals it endorsed and the values it represented. The legend we know today is nothing like the one that evolved in the first world war and the 1920s.

In its formative years, and for years thereafter, the legend was a rite-of-passage story about the foundation of a nation. It was also a celebration of Australia’s part in the war in terms of a racial triumph, a triumph that affirmed the qualities of Anglo-Saxondom, of the British race and what C.J. Dennis called “the Southern breed” — the offshoot of the British race that occupied Australia.

We see this racial essence in the thinking and writing of C.E.W. (Charles) Bean, the man who did more than any other to establish the legend. The beginnings of the national story that Bean would shape in his wartime journalism, and subsequently in his official history of the war and other books, can be found in his prewar writings. He had the template long before a shot was fired. This is not mysterious, for the racial legend he and others moulded was the pinnacle of half a century of meditations on race and anxious musings on the struggle for racial survival.

In his prewar journalism for the Sydney Morning Herald, and in several books, Bean’s focus on national character is clearly evident, as is his belief that national character in the colonies was evolving a superior being, an improved strain of the British bloodline. The true “Australian native,” he wrote, “is not a black man… [nor] an Englishman” but a new man “hammered out of the old stock.” He described this new man as a “tall, spare man, clean and wiry rather than muscular,” and in his face he saw “a certain refined, ascetic strength.”

That word “clean” would recur again and again, a pointer to the obsession with racial purity that had inspired the Immigration Restriction Act of 1901, better known as the White Australia policy. Bean noted that the Australian type was distinguished by the Anglo-Saxon qualities of “personal cleanliness” and a “love of truth,” but he thought these qualities were more pronounced in the Australian, the southern branch of the race. He wrote of the “indescribable frankness by which you can pick out an Anglo-Saxon face from a crowd of foreigners; and the cleanness which is no mere lick and a promise.” It was a cleanness that went deep, a cleanness he believed was “in the blood.”

This superior strain of British man had evolved from the battle with the Australian bush — with “droughts, fire, unbroken horses, cattle; and not infrequently strong men” — the result being a superior being, physically and mentally, and most importantly a superior fighting man:

An Australian will not pocket an insult. Where an Italian or a Spaniard would knife you, an Australian will fight you… All this fighting with men and with nature, fierce as any warfare, has made of the Australian as fine a fighting man as exists. He would be the best soldier, too, were it not for the lack of just one quality which is necessary to turn the fighting man into the soldier… Beyond a doubt it is difficult for him to obey any order, especially one of which he does not at the time see the precise expediency.

So, discipline was a problem, but not if the officer was the right type, “a man in every sense of the word.” Bean believed the Australian had all the qualities necessary for military greatness: “If the right and reason of going to be killed is clear to him, he will be killed cheerfully and with a very pretty courage, and will do a deal more damage before he is killed,” he wrote. Here, in words penned and published in 1907, were the seeds of the Anzac Legend, all the qualities that Bean, as war correspondent and historian, would celebrate in his writings on the war. The essential ingredients were all present long before Gallipoli and the Western Front. Even mateship fitted into his frame: mateship, according to Bean, was probably an article of faith with all Anglo-Saxons, but among the men of the Australian outback it was a sacred creed.

That year, 1907, Bean also wrote a piece for the Spectator magazine in London supporting the White Australia policy. He took a familiar line, citing the outnumbered-ness of white Australians — just three million whites in a continent of three million square miles and a mere day’s voyage from eight hundred million Asians. In defence of the policy, he argued a European and an “Oriental” race could not live together to the benefit of either: “The Western demoralises the Eastern,” he wrote, “and vice versa.” He worried that an oriental invasion was inevitable, and he declared his fear that Britain might not come to Australia’s defence in the hour of need. He beseeched the Mother Country to promise she would not leave Australians to fight the battle of their race alone.

Bean was deeply troubled by Britain’s alliance with Japan, now the pre-eminent naval power in the Pacific. He believed, correctly, that the British government was “out of sympathy” with Australia’s commitment to race purity and with the reality of Australia’s geography — a sparsely populated continent, far from Europe, next door to Asia. He did not trust the Japanese. He had followed closely the Russo–Japanese war of 1904–05 and his thinking echoed a widespread sentiment in Australia: a rising fear of Japan in the wake of Russia’s defeat. The racial framework of his thinking is set out in his Spectator essay:

Australians [would] not live as a white race over the head of a subject people, even if they could do so. Their ideal is to keep Australia, if possible, a land where their children can live the healthy Western life of their British fathers. That ideal you must allow them. This is the last land open to the white man — the only one that can be purely British. South Africa cannot be a white man’s land, simply because you cannot spirit away millions of blacks. The United States — even our magnificent Canada — will be less purely Anglo-Saxon as time goes on. Australia, of all countries in the world, is an ideal one for the white man to live in. That is what a White Australia means to Australia and to England.

This idea of Australia as an Anglo-Saxon citadel, the last bastion of the purest and finest white blood, entirely “clean,” shaped defence thinking in Australia from the late colonial period onwards, in company with the fear that Australia might be left to fight an Asian invader alone.

More importantly, this fear was the strategic concern behind Australia’s commitment to the first world war. The primary objective, of course, was the defeat of Germany, the survival of Britain and the empire, and the maintenance of those strategic, economic and sentimental ties that most Australians cherished. But most Australians also cherished their racial purity and that too was at stake, or so it seemed in the years before the war and during the war itself. Charles Bean’s writing is a touchstone for this anxiety.

Bean’s views on race would change radically in later years. The experience of the second world war revealed how ideas of racial characters and race superiority had produced atrocities on a vast scale. Well before the end of that war, he would declare, publicly, that both science and the course of history proved beyond doubt that “race” and “blood” had nothing to do with character or human behaviour; that brutality and cruelty were no more “in the blood” than courage or gentleness. In going public in this way, Bean was true to his moral compass, honesty trumping vanity as ever. ●

This is an edited extract from Best We Forget: The War for White Australia 1914–18 by Peter Cochrane, published earlier this week by Text Publishing.

Peter Cochrane is a historian and writer based in Sydney. His books include Colonial Ambition: Foundations of Australian Democracy, which won the inaugural Prime Minister’s Prize for Australian History and the Age Book of the Year in 2007, and his recent novel, The Making of Martin Sparrow.