Despite the reaction of the press, the Finkelstein inquiry’s key recommendation deserves support, writes Graeme Orr 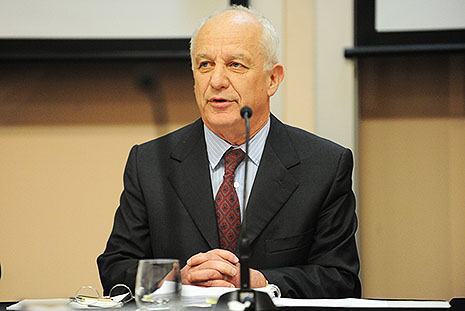 “LABOR Plan to Control the Media.” Or so ran the lead headline in Saturday’s Australian Financial Review. The trigger was the release of the Report of the Independent Inquiry into the Media and Media Regulation, commissioned by communications minister Stephen Conroy. The report was prepared by former Federal Court judge Ray Finkelstein, assisted by Professor Matthew Ricketson.

The report’s central recommendation is for a single, publicly funded agency, the News Media Council, to handle complaints about the news media, whatever the type of media. The council would screen and conciliate complaints and, if necessary, hold a hearing, usually without either party present or represented. It could then order the publication of a clarification or a right of reply. But the council would have no power to levy a fine or award damages. Indeed, anyone seeking the council’s assistance would have to forsake any right to litigate against the media outlet, say for defamation.

In other words, an independent inquiry has recommended the creation of an independent agency to conciliate mild remedies to enhance media accountability, with the independent courts having backstop powers to enforce (or overturn) any remedy. For a newspaper that is normally Australia’s most accurate and analytical to spin this into the headline, “Labor Plan to Control the Media,” is telling in itself.

Following Finkelstein’s model, the News Media Council would be structured similarly to the newspaper industry’s current self-regulatory body, the Australian Press Council. It would be overseen by a part-time board evenly balancing members of the public with candidates representing media owners and journalists (via their union). Finkelstein rejected more intrusive models, such as a system of licensing print or online news providers the way broadcasters are licensed, or an enforceable right of access to the media. A “right of reply” would be reserved for harmfully misleading pieces. His proposal would only cover broadcasters, print outlets selling at least 3000 copies per issue, and online outlets with 15,000 internet hits per annum (admittedly an unduly low number).

And Finkelstein proved to be no Frankenstein. As if to prove wrong those who think inquiries always develop a life of their own and seek to expand their terms of reference, Finkelstein shrunk his. Invited to consider the “effectiveness of the current media codes of practice” in general, Finkelstein’s recommendation is confined to “news” media. Because of its importance to democracy, his avowed interest was in news and current affairs rather than “the business of entertainment.”

Yet the report attempts no more than a fuzzy definition of “news.” Finkelstein’s model does not extend to those who report irregularly, or to a confined, private audience. But as to what the “news media” is, outside of the paradigm of current affairs journalism, this is left unclear. This is not an insignificant failing, given the blurring of boundaries between reporting and celebrity gossip and the myriad of websites that aggregate information for public consumption.

Perhaps unsurprisingly, the print media has led the charge against the inquiry and report. Newspapers have long enjoyed a privileged position compared to the broadcast media. Television and radio have, virtually since their inception, been subject to a far more prescriptive and broad-ranging regulatory regime than Finkelstein’s proposed council.

The Australian Communications Media Authority, or ACMA in its familiar acronym, oversees legislated licence conditions (such as classification standards). It can run a “fit and proper person” test over holders of broadcast licences. Recall Alan Bond’s problems when that entrepreneur briefly controlled Channel 9. ACMA also inquires into alleged breaches of industry-developed codes of practice, covering norms laid down by legislation. An example of such a norm is the ideal of “promoting accuracy and fairness in news and current affairs programs.” Recall the “cash for comment” findings against various commercial radio stations.

The press could, of course, argue that its broadcast cousins are too shackled – except that this would draw attention to the fact that ACMA, and its predecessor the Australian Broadcasting Authority, have hardly oppressed broadcasters. The press could also appeal to more rivalrous cousins in the new media and blogosphere for an example of a domain that is flourishing without regulation. Except that, for all it has done to open up the field of opinion and commentary, the internet has hardly helped raise the standards of reporting. The press’s best riposte is to ask whether, if an independent complaints model is so good, it will be applied to abuses of privilege in parliamentary debate.

There is no strong explanation why the press was never regulated like the broadcast media. One rationale is that anyone can set up a press, whereas the costs of broadcasting are much higher. But that misses the point: media regulation is not aimed at those distributing photocopied pamphlets. Indeed, by offering an efficient alternative to the chilling threat of defamation litigation, Finkelstein’s model may save small or community based outlets some sleepless nights.

Another rationale for the historical disparity between oversight of broadcasters and the press, has been that the airwaves are a limited resource. Naturally, scarce resources must be rationed. But the fact of licensing has merely been a regulatory peg. What matters is the nature of any regulation hung on such pegs. When stories are misreported badly, it does not matter whether the report emanated in print, through the airwaves, or online. (Today, typically, the same report will bounce around all three media within the same day.) The question is what redress, if any, is to be available.

Despite their relative decline, the leading print outlets possess significant power, are oligopolistically controlled across our capital cities, and have not created a system of self-regulation that works well. The Australian Press Council recently admitted that its press masters starved it of the funds required to do its job properly – so much so that it used the inquiry to appeal for a taxpayer top-up. An agency like the proposed News Media Council can be publicly funded, yet still be free of government influence in any meaningful sense: take the independence of the ABC and the Australian Electoral Commission, to name just the first two on the alphabetical list.

The press’s position seems to be that the nineteenth-century common law represents the best of all worlds. As Finkelstein observes, the idea that the laws of defamation and contempt make the media accountable is preposterous. One offers a monetary salve for the reputation of a privileged few who can afford to sue. The other relates to narrow aspects of court and tribunal proceedings. Neither has much to say about issues such as privacy, nor about quintessential journalistic duties such as fact-checking and seeking more than one view on an issue.

It is little more than a constitutional quirk that one level of government has had the power to regulate print media, and another level has regulated all other media. Colonial and later state parliaments could amend the law and regulate the press. But the Commonwealth was given power over “postal, telegraphic, telephonic and other like services,” which included broadcasting and, now, the internet.

Finkelstein’s one-stop national shop for all news media will therefore have to rely on a mix of federal parliament’s power over broadcasting and the internet, and – when it comes to the press – its power over corporations. (In theory, a newspaper or magazine could avoid the proposed regulation altogether by restructuring so that it is owned by a trust rather than a company.)

THE Finkelstein report arrives in the middle of interesting times for the media industry. Indeed, it was a product of the ongoing ethical and criminal scandals involving News Corporation tabloids in Britain. The bigger conundrums in Australia include the declining profitability of newspapers and future resourcing of investigative journalism. On this problem Finkelstein makes observations, but only a negative recommendation: no public funding of news outlets just yet.

The other major regulatory questions in Australia concern the diversity and depth of media ownership, and the integration of delivery platforms in times of media convergence – issues involving big dollars and megawatts of social power. Alongside these, the right of a person or group who has been treated unethically or unfairly maligned by the news media to seek a clarification or reply is a humble step forward. That it became a matter for a 470-page report is a blight caused by a failure of self-regulation, not some example of nanny state overreach.

More broadly, the report emerges during an ongoing debate about the inter-relationship of power, wealth, politics and accountability (or its lack) in contemporary Australia. The treasurer, Wayne Swan, recently used an essay in the Monthly to make some pointed but innocuous claims about the power of billionaires, especially those who have inherited or made billions in the mining boom.

The prime targets of his critique were Gina Rinehart, who is on a quest to buy a sizeable share of Fairfax Publishing to accompany her share of Network 10; Clive Palmer, a major political donor and media attention-grabber who just last week declared war on Football Federation Australia; and Andrew Forrest, who was at the forefront of anti-tax campaigns despite being the benefactor of favourable taxation laws. As if to prove the treasurer’s complaint, Forrest’s company responded with a splash: not by making a public statement or offering a reply, but by buying national newspaper space to attack Swan and promote itself and Forrest. •

Graeme Orr teaches and researches the law of politics at the University of Queensland. 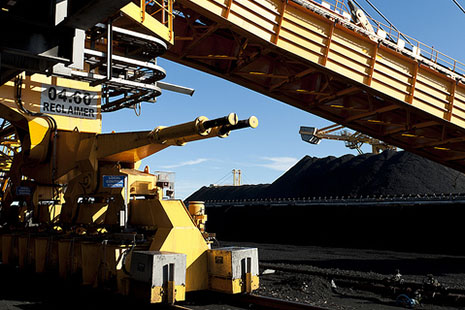