Good science is vital to rescuing the Basin, but the SA royal commission pushes the argument too far 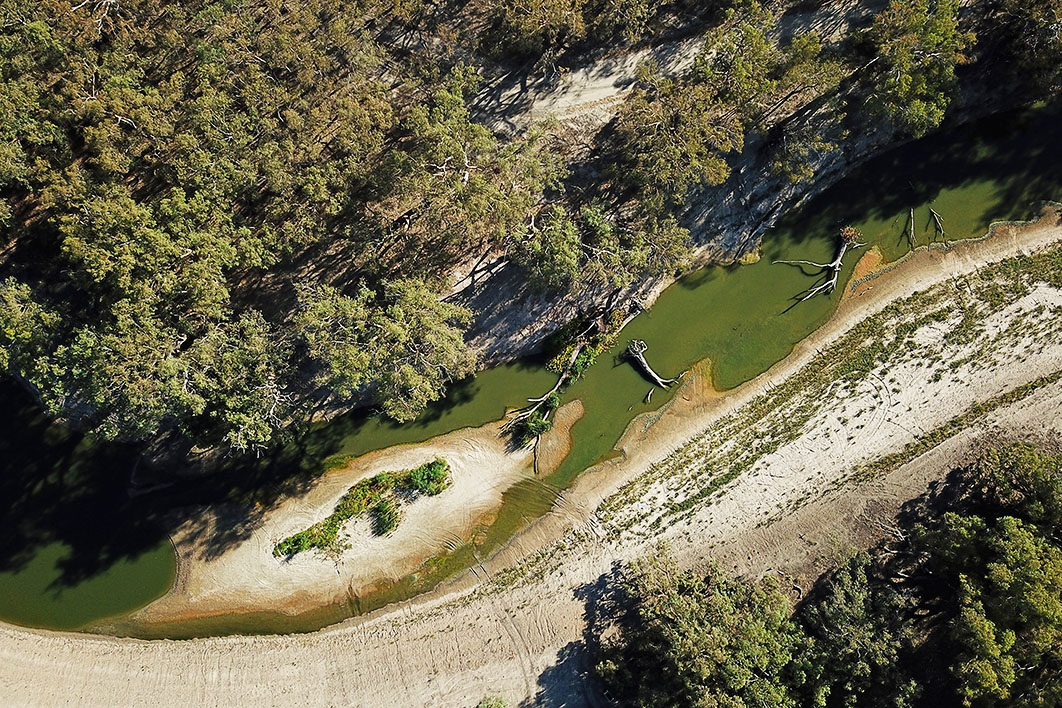 Unease about the Murray-Darling Basin has been on the rise again. We’ve seen water being stolen in northern New South Wales, with the authorities negligent or even complicit; farmers and towns under stress as the Darling shrinks into a series of putrid pools; and now masses of fish gasping or dead.

So there is a great deal to agree with in the South Australian royal commission’s seriously argued 750-page report on the Basin. The commission castigates efforts made to save the rivers since the Basin Plan of 2012, and forcefully supports the more drastic action advocated by many scientists.

But when it argues that scientists alone should determine what’s to be done, the commission goes too far. All this stance will do is make governments dig in.

That’s what is happening now. Despite all the money that’s been splashed around, the return of water to the rivers has inflicted pain on irrigation communities, and they’re alarmed by the notion of more water being taken back. And the federal, NSW and Victorian ministers have made it clear they are not for turning. We need to find a way past this jam.

Before we look at the commission’s central contention, though, it’s worth focusing on two matters that are relevant to the Darling disaster and require urgent attention. The first of these is the states’ lax management of the Darling and its headwaters, which has undermined the Basin Plan.

When there’s a monsoonal downpour in southern Queensland and northern New South Wales, a lot of the water flowing overland is being diverted by cotton growers into “turkey nest” dams before it reaches a river. That water isn’t measured, and there may not even be licences.

Growers also use huge pumps to fill their dams from water gushing down the rivers. Often licences hadn’t been fully utilised, and when the government bought out some growers to leave extra water for the environment, this water was simply pumped out by the remaining growers. Indeed, the rules on pumping were loosened.

As the royal commission rightly highlights, all this is a disgrace. Overland flows harvested could be calculated by metering the water in the dams or using satellite imagery to determine how much is put onto crops. The amount of harvesting and pumping must be cut back at least in line with the Basin Plan.

The second matter for attention is that, as the commission notes, the Basin Plan takes no account of the climate getting hotter and drier. The thinking was to deal with overallocation first, and climate change subsequently — and doing it all together would arguably have been too much for the interest groups to swallow eight or so years ago when the plan was being formulated.

But the current drought in the northern Basin, the worst on record, could be a sign of things to come; and this, as much as uncontrolled grabbing of water, could be behind the Darling calamity.

The unfolding drop in inflows needs to be allowed for, with the pain borne by irrigators and towns at least as much as by the environment. In the southern Basin, less water will result in lower annual allocations, but the large public storages will be better at catching the remaining environmental flow. Without counteracting steps, this means that most of the flow decline will hit the environment. Counteracting steps will be needed in the Darling as well: higher threshold flows before water is allowed to be pumped, or cuts in licence volumes.

Taxpayers shouldn’t have to pay to take water from irrigators on this account, and if some farms are rendered unviable, well, that’s the sort of thing that happens if we don’t stop climate change.

To move forward you really need to bring rural communities at least some of the way with you, and have the states onside. That’s how agreement was reached on the Basin Plan — which, for all its shortcomings, was a step in the right direction.

The royal commission, though, declares not only that the Basin Plan is weak and its implementation poor but that it contravenes the Commonwealth’s Water Act 2007. The commission praises this legislation as uniquely good, viewing it as giving primacy to environmental sustainability, as defined by good science.

But insofar as it gives such primacy to the environment, the law is actually a problem.

In the depths of the millennium drought (itself a harbinger of climate change), the Howard government announced the states had failed, and the Commonwealth would take over running the Basin. It had to rely on the Commonwealth’s power to enter into international agreements on such environmental matters as wetlands.

The water minister at the time, Malcolm Turnbull, rushed the legislation through parliament, touting it as the most far-reaching reform of water management in Australia’s history.

The Commonwealth’s new Murray-Darling Basin Authority then came up with very large amounts of water to be returned to the environment: between 3850 gigalitres (for a low chance of success) and 7000 gigalitres a year. (The average consumption of surface water was just under 14,000 gigalitres.)

The release of these figures in 2010 caused an outcry in irrigation communities, with copies of the document publicly burnt. The government then contrived to obtain further legal advice, which said that balancing account could be taken of socioeconomic matters. That was the only way for there to be progress.

The Basin Plan that ended up going through federal parliament in 2012 was for a more moderate 2750 gigalitres to be returned to the environment. Even then, a lot of money, and some smoke and mirrors, were needed to get all the states over the line. (Under certain conditions the recovery figure could be lifted by up to 450 gigalitres or cut by up to 650 gigalitres.)

Perhaps the water minister at the time, Tony Burke, was indeed assured, as he claims, that this lower retrieval figure was the right amount to save the river’s health, as determined by science. But the royal commission has revealed that quite a lot of fudging was done, including dropping some of the environmental targets. And a lot of the revised modelling and analysis was kept behind closed doors.

That’s the trouble with legislating for environmental sustainability to take precedence. Yes, intuitively, we need a healthy river, otherwise all our towns and farmers will be ruined. But logically that could mean returning 100 per cent of the water to the river (which would be many people’s ruin).

In reality, whether the river environment is sustainable is not a yes-or-no, black-or-white issue. Sustainability is a continuum. You can have 20,000 hectares of floodplain forest well watered and healthy, or you can have 40,000 hectares well watered and healthy. You might have to dredge at the Murray Mouth one year in three, or one year in twenty.

There are choices and trade-offs that need to be made. It is the role of science to assess different options as accurately as possible. It is then the responsibility of governments, after due consultation, to decide on which options to adopt.

Oddly enough, near the front of its report the commission quotes extensively from a letter from the late Professor John Briscoe of Harvard University to back up its view that the Act gives the environment overriding priority. But the Briscoe letter points out that doing this is a mistake and will lead to the very fudging and secrecy the commission now rightly slams; the Act is uniquely bad, and should be replaced.

It may seem bizarre to be arguing that governments should have final responsibility, given it is pretty clear that more water needs to be returned to the rivers and yet key ministers are resisting. But we will get to a better place if scientists, rather than being seen as gods, have their advice out in the open and respected for what it is. And if elected governments explain the choices they make.

Finally, we propose action to develop two new tools for assessing and managing flows. The first would enable science to contribute better to decision-making by governments, and the second would enable environmental water to be used as efficiently as possible. (Lots of other actions are compellingly advocated by the royal commission.

A model of flows and the environment: Develop, and make available to the public, good analysis/modelling that links river flows with environmental outcomes, using maps of historical and current vegetation condition for calibration. The aim would be to provide a clearer idea of how much water results in how much environmental benefit. The Murray-Darling Basin Authority’s commitment to this work has faded because states have withdrawn funds from what these days is seen as just a federal agency.

Capability to get flows to the right place at the right time: Continue to improve the way the large volumes of environmental water already assembled are best used. If water hadn’t been released downstream in recent years but kept in the Menindee Lakes, for example, would it have been possible to avert the fish kill? Even for a skilled operator it is a challenge to shepherd water down long tracts of river, meeting targets along the way, while managing water for consumptive use as well. A new computing tool is needed to assist with this.

The discussion of the Murray-Darling Basin takes place in an intensely polarised atmosphere. The first question you’re liable to be asked is, which side are you on? This has partly arisen from the Commonwealth’s scramble to push the states aside back in 2007.

Good policy processes involve interested parties being clear about the problem and listening to each other, so that the outcome — even though it will hurt different stakeholders — is generally understood and more or less accepted.

Even among the broad group of scientists (and social scientists), there are different disciplines and views that need to be heard. For example, there are economists who appreciate that policy decisions must start from where we are at, accepting that there are significant sunk costs: some wetlands may have deteriorated too much to warrant remediation.

It’s possible to map a way forward that’s respected by all sides, but it will need more than just panels of scientists, more than throwing bureaucrats under buses, more than lawyers and litigation. Above all, it will require ministers and governments to be open, to listen, and to take responsibility. •

David Lewis was director of water rights and markets for the Victorian government, responsible for developing water trading and establishing extraction caps. He is now a water policy adviser in the Infrastructure Engineering Department of Melbourne University.

John Langford has held several high-level responsibilities in the water industry, including as a Murray-Darling Basin commissioner. He is a professorial fellow in the same department at Melbourne University. 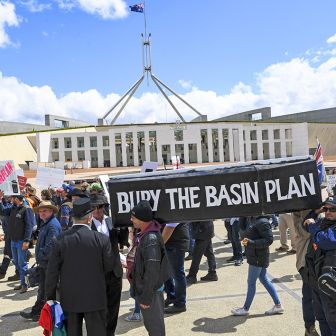 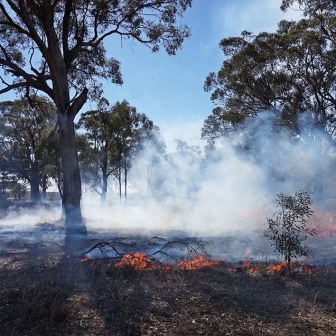 Essays & Reportage What are whitefellas talking about when we talk about “cultural burning”? Timothy Neale 17 April 2020 Having yet again rediscovered Aboriginal land management practices, let’s not let the opportunity slip away
Close

Is the “biggest story” getting the best coverage?

Can the ABC fill some of the blind spots in its China-related reporting? 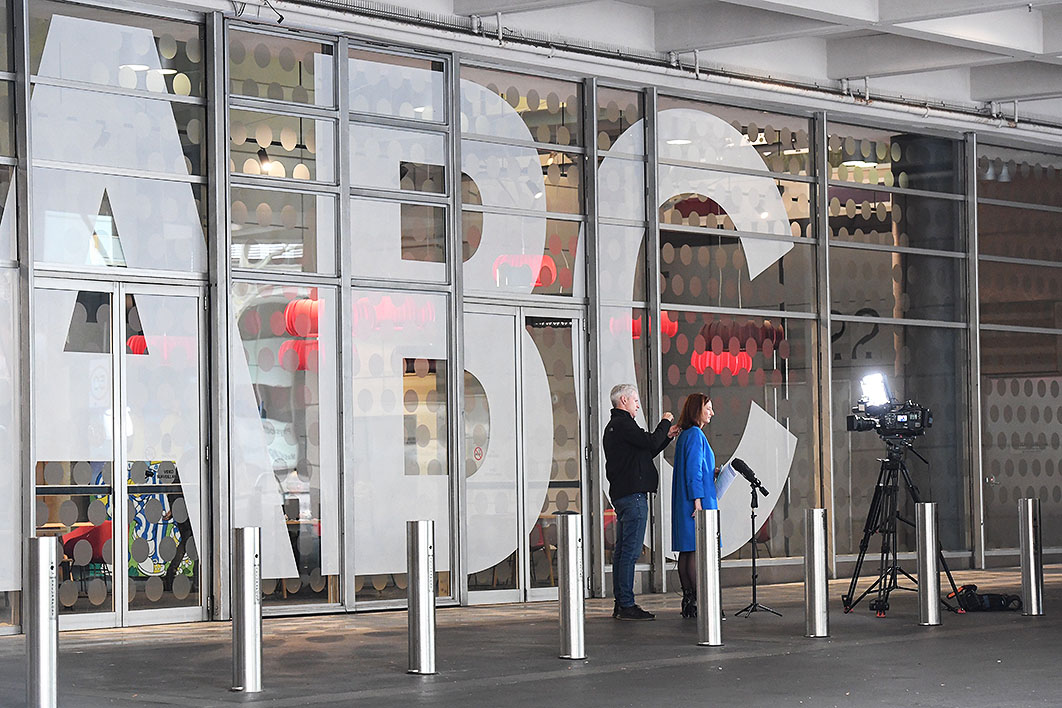