Have Waleed Aly and Scott Stephens mistaken a symptom for the cause? 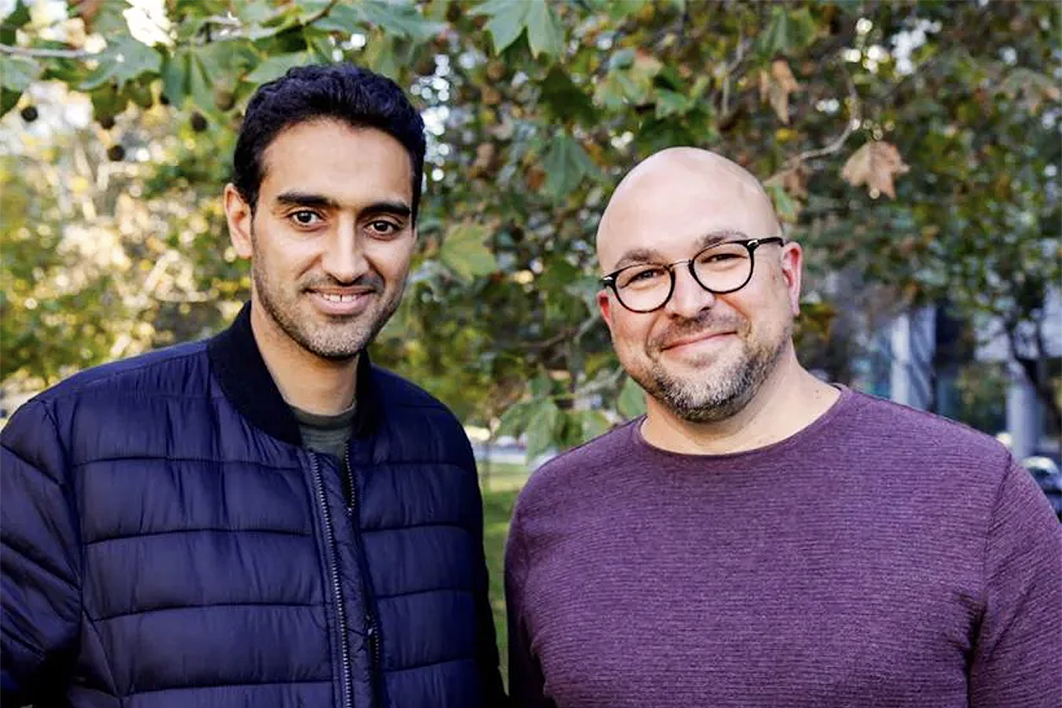 Something really is amiss: Waleed Aly and Scott Stephens. ABC

If you’ve spent even a small amount of time online in the past decade or so, you have probably experienced one of those waves of panicked concern about the state of public discourse that seem to convulse the punditocracy at regular intervals.

On the internet, where most of what passes for public debate now takes place, the political temperature is permanently set to one hundred. Bad faith is the order of the day. The twenty-first-century public square is a suffocating, hyperpartisan, dopamine-fuelled dungheap of memes and nasty tweets. Every demographic group claims victimhood. Every issue provokes hysterical disagreement. Everyone is angry about everything all of the time.

For Waleed Aly and Scott Stephens, the authors of the new Quarterly Essay Uncivil Wars: How Contempt Is Corroding Democracy, both sides of politics share responsibility for this discursive rot. “Something’s amiss,” they suggest at the outset. Transgender activists and their gender-critical opponents are engaged in a battle to the death. Black Americans who speak of white supremacy deploy the same language of existential erasure as the increasing numbers of white Americans who invoke the spectre of anti-white discrimination. Families, apparently, are being torn apart by political polarisation.

What unites the loudest voices on both left and right, they argue, is an attitude of sneering contemptuousness for their political opponents. Both sides live in sealed-off, alternative realities: the left, beholden to a culture of prim censoriousness and moral absolutism, resides in some kind of imaginary university campus, prosecuting thought crimes and jumping at shadows; the right, meanwhile, occupies a Fox News–induced fantasy universe of fear and resentment, eternally besieged by the traitorous and freedom-hating metropolitan elites.

For Aly and Stephens, this contemptuous approach — or rather, non-approach — to public deliberation is both dangerous and new. It is, they think, substantively different from the kind of constructive disagreement that is meant to provide democratic politics with its flexibility, dynamism and responsiveness. To view someone with contempt, they argue, is to see them as an illegitimate political actor, to judge their ideas and interests as beneath consideration. The contemned’s place in the polity is questionable, their right to participate in a deliberative, mutually respectful debate refused. They are irredeemable, unworthy, deplorable.

Aly and Stephens’s story of how and why this happened is a familiar one. In recent years, they write, the perverse algorithmic incentives of the major social media platforms have encouraged a race to the bottom: the more base and prejudicial a news item or post, the more clicks, the more advertisers, the more dollars. For the authors, this “commodification of emotion” has soured the very “air” in which political debate takes place. It has closed off the possibilities for political cooperation and participation in a shared democratic project. Unless more attention is paid to “the conditions of our common life,” they warn, democracy as we know it may cease to exist.

This posture of high moral seriousness will be familiar to regular listeners of The Minefield, Aly and Stephens’s long-running discussion program on ABC Radio National. For the past seven years they have been taking prominent weekly news items and using them as prompts for stimulating and somewhat highfalutin discussions of “the ethical and moral dilemmas of modern life.” This year alone they have picked apart topics as diverse as hunger, ambivalence, housing affordability, the Ukraine conflict, the Religious Discrimination Bill and the television series Succession.

As a duo, they have an entertaining dynamic. Both are preternaturally articulate and argumentative. Stephens, who moonlights as the editor of the ABC’s Religion and Ethics section, is loquacious and widely read in political and moral philosophy. Aly, a media polymath with a high-profile side gig on Channel Ten’s The Project, has a more lawyerly manner, and is naturally inclined to take a sceptical or contrarian view. At times it seems as if he stands by with a sewing needle, waiting to deflate each new hot air balloon sent up by his excitable co-host.

By passing regular moral judgement on matters of public concern, both fit the definition of what we used to call public intellectuals. Both are consummate media performers, ready to offer their thoughts on almost any topic. Like all good public intellectuals, too, they tend to divide opinion. For some, their posture of good-natured intellectual detachment is refreshing, floating loftily above the catfights and mudslinging of the daily news cycle. For others, though, it all comes across as impossibly smug, a nationally syndicated graduate seminar run by two self-indulgent know-alls.

Either way, the impeccably courteous atmosphere of The Minefield provides a working model for the kind of respectful deliberation both would prefer to see in broader public discussion. Both delight in doubt and uncertainty, in moral ambiguities and ethical grey areas. As they often cheerfully admit, they are prone to finish each show even more confused than when they began. In this respect, Albert Camus’s epigraph to their Quarterly Essay reads almost like a motto: “We gasp for air among people who believe they are absolutely right.”

In Uncivil Wars, Aly and Stephens take the Minefield formula and pursue it at essay length. The central problem they seek to pick apart — incivility in public debate — is presented as a matter of existential urgency. Their overall diagnosis — an excess of contempt — is defined in highly abstract terms. The arguments they provide are self-consciously polemical, their philosophising a provocation, their generalisations an invitation to further debate. And their discussion of how it all plays out is shot through with grand moral language: vengeance, shame, envy, anger, resentment, justice and forgiveness.

Despite Aly and Stephens’s posture of detachment, though, it is the left that seems to receive the brunt of their censure. The key illustrative examples they use to frame the essay are not the more overt Schmittian “friend and enemy” politics of the new populist right, but rather Hillary Clinton’s infamous characterisation of Trump’s supporters as a “basket of deplorables” and, closer to home, the Stop Adani anti-coal convoy that toured regional towns in the weeks leading up the 2019 federal election.

In the standard narrative that has formed around these two events, both have come to be seen as mistakes or turning points for the left, moments when establishment liberal elites inadvertently revealed their contempt for the forgotten people they were ostensibly trying to persuade. The result, per this interpretation, was that working people were driven to vote for right-wing politicians in protest. If only Clinton had not been so rude to Trump voters, they might yet have been persuaded not to vote for him; if only the Stop Adani protesters had invited the coalminers into their homes for tea and coffee, Labor might not have lost in Queensland.

This, to me, seems a rather naive reading of these events. Without a radical change in Labor’s policy, it is unlikely that much could have been said to people in rural Queensland to prevent them from voting in what they perceived to be their own interests. Clinton’s “deplorables” comment might have backfired as a political strategy, but it was nevertheless a pretty clear statement of her own political beliefs and those of her core constituency: the much-maligned urban white-collar professional managerial class.

Democratic politics is not always about consensus. It is also a way of working out the issues on which we disagree. That the interests of metropolitan voters did not align with those who were drawn to Trump is largely the point.

In a general sense, Aly and Stephens are right: something really is amiss. Since 2016, or perhaps 2008, many of the world’s major liberal democracies have looked much less robust than they once did. The number of simultaneous crises to be navigated is so overwhelming — climate change, geopolitical tensions, deglobalisation, war in Europe, inflation, pandemic, obscene wealth inequality and the resurgence of class politics — that some have taken to calling it a “polycrisis.” In this environment, established political parties and media institutions have faced continuing tests of their legitimacy. By any measure, these are genuinely concerning times.

The argument of Uncivil Wars, though, is that contempt and incivility are not merely symptoms of these concurrent crises: they are the cause. The teetering liberal democracies of the West will not survive the mounting threats to their existence, Aly and Stephens suggest, unless everyone can agree to put down their weapons and show a little kindness and respect. In the abstract, it is hard to disagree with such an argument: no popular, broad-based political movement was ever built without some element of mutual consideration, constructiveness and cooperation.

But we should not pretend that because public discourse has a contemptuous tone, a kind of equivalence exists between the political agendas of left and right, or between the quality of the solutions each proposes for the resolution of our social ills. For all the posturing and moral policing of the most annoying sections of the online liberal left, and for all the blind spots and unconscious biases of the “mainstream media,” there is still no liberal equivalent of Fox News, an organisation so flagrantly hostile to democratic norms that it is actively undermining the functioning of the American republic.

Aly and Stephens do not have any particular sympathy with the reactionary right wing of American politics. But when they suggest that the fascist inclinations and genuine illiberalism of the new American right has its mirror on the left, in the form of cancel culture and political correctness, they echo one of its most ridiculous talking points. Being mean to each other on the internet is not the same as denying someone’s political rights. As the authors’ own historical examples attest, hostile argument, straw manning of your opponents, exaggeration, partisanship — even incivility — have been features of democratic politics for much of modernity, regardless of the media environment.

Indeed, as Aly and Stephens concede, there are also circumstances where contempt is in fact justifiable and even politically productive, especially when it is directed “upward” towards those who wield power. In such circumstances, they write, appeals for civility in public debate — appeals for less contempt — function mostly as a means of stifling dissent. Contempt for a common enemy might instead be thought of as a way of building a political coalition. If the ends justify the means, it could even be considered a political virtue.

Aly and Stephens are correct to observe that the political “air quality” has become increasingly toxic, and that this sometimes undermines our ability to seek common ground. Stopping the rot in our democracies, though, requires more than simple policing of the way we talk to each other. If we have any hope of building political coalitions capable of seriously addressing the polycrisis, we will need to find more accurate and persuasive ways to make sense of the mess we are in.

Of course we shouldn’t pretend our answers to these questions are always absolutely right. But we shouldn’t be afraid to say when the other side is absolutely wrong. And if this means showing some “upward contempt” towards those whom our malfunctioning political system currently benefits, so be it. By pointing the finger at both sides, Uncivil Wars provides no real case for what should be changed and how we should change it. In the end, it comes across as mere moralising. •

Ryan Cropp is a Research Fellow at the University of Sydney. His biography of Donald Horne will be published by Black Inc/La Trobe University Press in 2023.