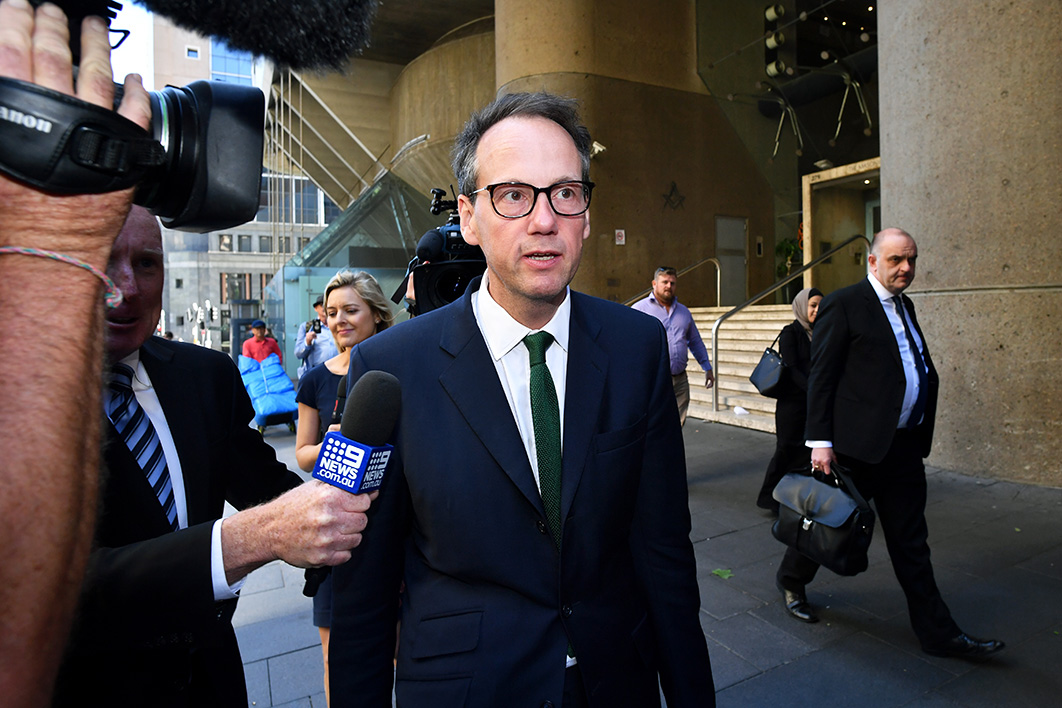 Australia’s corporate and financial services regulator, ASIC, can’t seem to take a trick. Last week its chair, James Shipton, stood aside and Daniel Crennan QC, one of his deputies, resigned over irregular remuneration entitlements. The shock provoked the federal government to launch an inquiry into ASIC’s governance and financial accountability, and raised the prospect of a restructure or reshaping of the organisation.

The scandal was manna from heaven for Australia’s top-end-of-town corporates, who frequently use the business media to voice their disapproval of all things ASIC. In the space of a few days, the regulator was criticised for being dysfunctionally managed, having a poor organisational culture, adopting an excessively theoretical approach, being inclined to regulatory overreach, failing to contribute positively to the Australian economy and having a poor enforcement record — the latter evidenced by what the Australian Financial Review’s Karen Maley describes as a “humiliating” string of recent losses.

But what is it about ASIC that draws such heated criticism? And what motivations lie behind headlines calling on the treasurer to “take the axe” to the regulator? Passions don’t run nearly as high when other regulators — AUSTRAC or the ACCC, for instance — are in the frame. AUSTRAC, Australia’s money laundering and counterterrorism finance regulator, is considered Australia’s most feared regulator, thanks largely to its success in two cases against the Commonwealth Bank of Australia and Westpac Banking Group Ltd. The ACCC, Australia’s competition watchdog, is known as the “can-do” regulator, trusted and supported by business and government to get the job done, despite a mixed enforcement record. It has lost three major cases — against telecommunications company TPG (on appeal), Kimberly-Clark and Employsure — in 2020 alone.

Chief among the differences is the size of these regulators’ respective remits. AUSTRAC and ACCC have discrete regulatory responsibilities: financial crime in the case of AUSTRAC, anti-competitive behaviour and consumer law in the case of the ACCC. By comparison, ASIC has a smorgasbord of responsibilities, covering all aspects of corporate life including the responsibilities of directors, officers, auditors, liquidators and external administrators; share transactions including mergers and takeovers; the regulation of financial services, credit, and superannuation and managed funds; and overseeing parts of the banking executive accountability regime. ASIC’s vast regulated community takes in approximately 2.8 million companies, and data sources suggest that it also regulates more than 2.1 million directors, 3000 registered auditors, 6000 financial service licence holders, 500 superannuation funds and 11,000 managed funds.

ASIC’s objectives are equally ambitious. It must strive to facilitate and improve the performance of the financial system and the entities within it; reduce business costs; improve the efficiency of the economy; promote the confident and informed participation of investors and consumers in the financial system; receive, process and store company information and ensure it is available as soon as practicable for access by the public; and generally give effect to the laws it administers.

It is to the question of whether ASIC is achieving these objectives that the chorus of criticisms is addressed. In encouraging Treasury to “take the axe” to ASIC, the regulator’s opponents conveniently forget that the current government inquiry into ASIC concerns irregularities in its internal governance procedures, not the performance of its regulatory objectives. The Australian Law Reform Commission’s forthcoming three-year review of the legislative framework for corporations and financial services regulation is a more appropriate place for a serious consideration of the business community’s criticisms.

Much is made of the fact that ASIC lost two enforcement cases in 2020: one against Westpac under the responsible lending laws, known as the “wagyu and shiraz” case; and one against a former chair and a non-executive director of Tennis Australia, Stephen Healey and Harold Mitchell. These cases are the basis for the charge, by Karen Maley among others, that ASIC has suffered “humiliating” losses. Leaving aside the merits of the two actions, the accusation is both unfair and unreasonable. Two losses don’t an enforcement disaster make; ASIC’s enforcement successes merit equal mention. So far this year, it has logged wins against the NAB, Westpac, AMP, the Commonwealth Bank, MFS, OTC and Emmanuel and Julie Cassimatis, directors of Storm Financial. ASIC’s critics want only to discuss its failures.

The wagyu and shiraz case concerned the obligation of banks (in this case Westpac) to properly assess the ability of loan applicants to repay loans, after taking account of their actual living expenses. ASIC alleged that Westpac failed to carry out a proper assessment, relying instead on an automated process known as the Household Expenditure Measure, or HEM. At trial, Justice Perram found against ASIC, determining that Westpac hadn’t breached lending laws by relying on the HEM. Customers’ current living expenses weren’t an important indicator of whether they could afford the loan, he said, because those expenses could be cut if necessary to meet repayments. “I may eat wagyu beef every day washed down with the finest shiraz,” he said, “but, if I really want my new home, I can make do on much more modest fare.” ASIC lost the appeal against this judgement before the Full Federal Court, and after significant pressure from the federal government announced it would not seek special leave to appeal to the High Court.

The business media argues that ASIC tarnished its reputation by persisting with the case and failing to realise that the responsible lending laws were choking off credit to households and small business during a pandemic-induced recession. The Financial Review’s Jennifer Hewett contended that ASIC’s failure to read the government’s change of mood on this issue led to Treasury’s punishing ASIC for overreach by taking those laws from ASIC and handing them to the banking regulator, APRA.

That view fails to take account of ASIC’s role and objectives. Nowhere in its enabling statute is ASIC required to take account of Treasury’s “mood.” Its statutory role is to give effect to the laws it administers — which is exactly what it was doing in acting against Westpac, and then appealing the judgement, in order to clarify and make consistent the laws’ longer-term application.

No one would suggest that ASIC should only bring cases that it has a 100 per cent prospect of winning, though, as a model litigant with limited enforcement resources, it must of course act in the public interest and ensure that the cases it brings have reasonable prospects of success.

The critics are on firmer ground in relation to the Tennis Australia case, in which Justice Beach found that ASIC had committed confirmatory bias in the pleadings and evidence presented to the court. This criticism calls into question ASIC’s tendency to take a scattergun approach to enforcement, as evidenced by its court pleadings in the case. ASIC alleged forty-four grounds of director misconduct against Harold Mitchell and four against Stephen Healy; Justice Beach dismissed all the claims against Healy and found Mitchell committed three of the alleged breaches.

The mind-numbing length and particularity of ASIC’s court pleadings against Mitchell raises questions ASIC is no doubt already asking itself. Was bringing such a detailed case wise, or should it have gone ahead only with claims it could defend with a high degree of confidence?

Again, though, vital facts got lost in the media commentary. ASIC succeeded against Mitchell on grounds including the passing of confidential information to a party with whom Tennis Australia was negotiating an extension of broadcast rights. At no point has the business media paused to reflect on the significance of that finding and the impact that it should have on Mitchell’s career as an ASX director — a career that continues without criticism or demur from the voices that slammed ASIC for bringing the action against him.

Underlying the criticisms of ASIC’s enforcement record is a deeper concern in corporate Australia about ASIC’s mode of doing business in the wake of the 2018 banking royal commission. In his final report, commissioner Kenneth Hayne criticised ASIC’s well-established practice of using regulatory settlements known as enforceable undertakings rather than taking matters to court. These settlements led to cosy backroom deals between the regulated and the regulator, he said, encouraging the view that non-compliance with legal obligations was a cost of doing business that could be resolved without an admission of liability. On Hayne’s recommendation, ASIC adopted the “Why not litigate?” approach that is causing business and its media sympathisers so much heartache. It will still accept regulatory settlements but in far rarer circumstances than previously.

With this new approach, the cooperative mode of regulation favoured by corporate Australia changed overnight — not just in enforcement but across all interactions between ASIC and its regulated community. ASIC has the statutory right to exempt, vary or modify the strict application of the law in many circumstances, so long as it can show that its grounds for flexibility are appropriate. Dealings based on cooperation and consensus suddenly became much harder in the post-Hayne era of increased court action by ASIC. At the back of the regulated party’s mind was the bubbling suspicion that what is said or done during a negotiation with ASIC could end up being used in enforcement proceedings.

Corporate Australia would like to see ASIC abandon its singular focus on court-based enforcement. But that would be far from simple. Following on from the banking royal commission, the federal government allocated an additional $400 million to ASIC to enable it to bring the very type of enforcement cases it has recently pursued. The government also passed laws that significantly increased the civil penalties and criminal sanctions attaching to contraventions of the Corporations Act. ASIC took the government at its word, appointing Daniel Crennan QC as head of enforcement and launching a raft of investigations and court cases from the findings of the royal commission.

Almost two years later, the headlines focus on ASIC’s failings and failures, not on its wins or its valiant efforts to resurrect its reputation in the wake of the royal commission. How well the regulator discharges its statutory functions or exercises its powers has simply no part in the current review of ASIC’s governance and accountability. Any shift back would also be premature. Commissioner Hayne recommended that ASIC and APRA should be the subject of quadrennial capability reviews, and ASIC is not even halfway through the first four-year pre-review period. It should be given a chance to do its work without a constant mood of crisis, especially when that crisis seems to be entirely generated by questionable self-interest. •

Helen Bird is a senior lecturer in governance studies at Swinburne Law School and Australian Graduate School of Entrepreneurship.