Fragments of a modern Iran 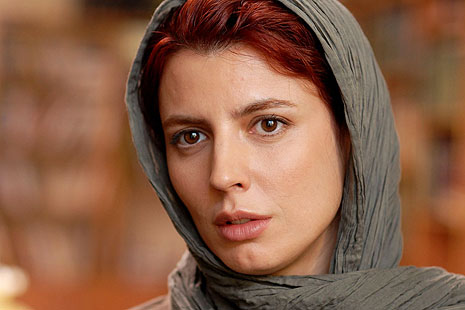 Leila Hatami as Simin in Asghar Farhadi’s A Separation.

LOOKING again at Asghar Farhadi’s A Separation, currently on release, I feel again my ambivalence about the major-city film festivals. The problem is that your response to an important film can be blurred or blunted by the crowding of the program, by what you see in the sessions before, after and around it (I know I went straight on to look at The Tree of Life; not good for responses to either work).

Farhadi’s lucid, complex drama is even better than I thought it was when commenting on the 2011 Sydney event, where it won the Sydney Film Prize. That judgement was prescient; a great array of awards has followed, including the Oscar for the best foreign-language film. The websites register contending voices inside Iran, among them Farhadi’s own: he wants to make audiences think. A miracle, at that rate, that he hasn’t been silenced along with his distinguished colleague Jafar Panahi (The Circle, Crimson Gold), who has been forbidden to travel and banned from film-making for twenty years. The sour, censorious authorities have rebuked Farhadi, both for speaking up for Panahi and now for presenting a story they perceive as squalid, as feeding into subversive understandings of Iranian life. The fact that it’s packing them in in Israel doesn’t help him at home.

Brilliantly structured and edited, the film displays the conflict between Simin (Leila Hatami) and her husband Nader (Peyman Moadi). She is a beautiful woman in early middle age; as a teacher, a woman manifestly in charge of herself, she wants to get out of Iran and take her young daughter with her, seeking a better life and opportunities for both of them. Nader, who seems younger for his age and altogether less purposeful than Simin, can’t think of emigrating while his aged father still lives. The old man has Alzheimer’s disease, is confused and incontinent (Ali-Asghar Shahbazi, in a fine, near-wordless performance).

After trying to convince a harried, impatient magistrate that they should be allowed a divorce, they hire a needy working-class mother to care for the father during the day, a humble, anxious person trailing her four-year-old daughter, a child who does some expressive watching while the grownups storm and argue. The mother is pregnant; during a brief absence while she visits a doctor, the old man falls. A fierce confrontation follows; she miscarries. In a welter of conflict, in which both class and gender tensions go to work, their lives go on.

Nothing is solved while we watch. A question mark overhangs, but while father and mother, sitting well apart in a corridor, wait for a decision, we’re looking at troops of people coming and going; we are made aware of a restless, crowded urban community in which – surprise? – women, chador’d or not, are as much in charge of daily life as men, and as much creatures of necessity. The daughter, Termeh, is the pivot of the story. The script tells us that she’s eleven years old; in the performance of Sarina Farhadi, the director’s daughter, she seems rather more – thirteen or fourteen, well in her adolescence, centred on school and homework, observant, grave and sane in a way her parents are not.

At first I thought of The Caucasian Chalk Circle, but that great work is finally about the nature of love. A Separation is more about intra-familial power struggles and resentments; about the intractable dilemmas entailed in the care of the old and helpless; about the tensions between society and family in frameworks where family is everything.

With kaleidoscopic editing by Hayedeh Safiyari, it’s given to us in slivers, swift fragments, glimpses; we’re never told too much, and that discretion may have been essential to the project. The authorisation for this film was temporarily withdrawn; it may have been finally allowed because the story is so fully contained within the domestic realm. The few exteriors are in the streets, in thick traffic; everywhere, palpably, life is under pressure. The reasons for Simin’s resolve to leave are only hinted at, left trailing; the political background is unspoken, but the film goes to audiences with fresh memories of the dubious re-election in 2009 of Ahmadinejad, the huge riots, the popularity of the liberal contender Mir-Hossein Mousavi, the country’s last prime minister.

Architect, artist, journalist and multilingual politician, Mousavi represents the Iran we don’t know about, the intellectual community which, Asghar Farhadi has said, inherits “a glorious culture,” but one “hidden under the heavy dust of politics.” Out of that dust, A Separation emerges to remind a global audience that there is an Iranian modernity, one in which the family story requires several voices, none with final authority.

In very elegant Persian script, the credits roll upwards. In this case I don’t feel annoyance with the absence of subtitles; I do feel the linguistic impoverishment of the society around me.

AT THE Oscars, The Artist danced off with its own clutch of prizes, Best Film included. It’s an intelligent, graceful caper, an evening’s delight. It calls on the memories of memories; Jean Dujardin evokes all the moustachioed actors of legend – Fairbanks, Flynn, Gable – and dancing girls who shimmied in very short skirts, with lots of glitter and gleam. With the glowing Bérénice Bejo, and John Goodman as the cigar-chewing producer, it also stars the Jack Russell Uggy, surely the most talented movie dog in the business. The framing story, the transition from silent cinema to synchronised sound, and the way silent film stars were put abruptly out of business, was taken up most memorably in Singin’ in the Rain (1952), the ultimate musical for people who think they don’t like musicals; go find a copy immediately if you’ve never seen it; and enjoy The Artist – but don’t go off thinking it’s adequate cultural history.

It is evidently reviving interest in silent cinema at large, and that’s great; but those who are moved to attend silent film programs – and some are fortunately around – will quickly discover that they’re in quite another place. Silent cinema was never simply the movies, minus speech and sound effects. It was, as David Denby argued at knowledgeable length recently in the New Yorker, an essentially different art form, one involving another, intensely stylised range of performance, closer to the modes of high theatre and opera. The Silent Film Festival project, with a program playing in Newcastle as I write, is worth the attention it demands.

THE film and television producer Martin Williams died of cancer in Sydney on 25 February, at the early age of sixty-three. In an eloquent tribute in the industry journal Screen Hub, David Tiley has written that “The industry is diminished by his passing… He contributed patiently and intelligently to the discussions around policy, was able to question established practice… He understood the absolute necessity for respect and inspiration in the relationship between agencies, development specialists and key creatives. He championed the cause of ultra low budget features, and innovative production methods. He cared equally for drama and documentary, focusing always on the storytelling.”

During the 1980s, Martin produced two groundbreaking series for the ABC, Singles and Relative Merits; both demand retrieval. After a period with the Australian Film Commission, he set up Second Sight Productions with Samantha Jennings; one outcome was the superb short film on a refugee story for SBS, So Close to Home. Working more recently for Screen NSW as a principal in film development, Martin encouraged creativity and innovation, matched patient listening with sharp critical insight, and strongly defended the interests of individual directors, while holding his ruling commitment to the crafts and disciplines of film-making. He had no concern whatever for his own status, no drive to be a name above the title; the creative and collaborative processes – and the friendships that came out of them – always mattered most to him. Through his last weeks, actors, directors, writers, with family and friends, all gathered round him; he was building community right to the end. • 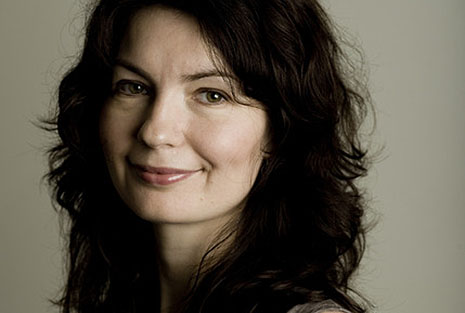