Fragments of an underworld 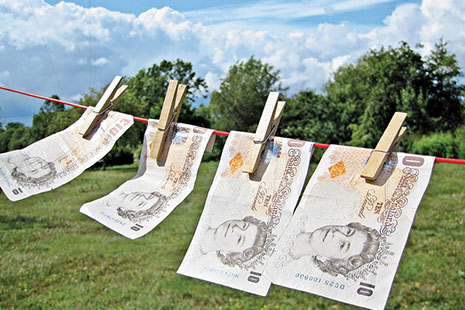 DarkMarket: CyberThieves, CyberCops and You
By Misha Glenny | Random House | $32.95

FROM credit card fraud to politically motivated denial-of-service attacks, cybercrime is never far from the headlines. But while there is no shortage of sensationalist coverage, it is much harder to find detailed accounts of the people and the processes behind these activities. Tracking amorphous networks of hackers presents a challenge for even the most enterprising researcher.

Misha Glenny’s DarkMarket: CyberThieves, CyberCops and You is the latest book to give it a shot. Glenny, an investigative journalist and sometime contributor to the Economist, is a first-rate storyteller with unparalleled knowledge of the Eastern European and Balkan underworlds. His 2008 book McMafia is a gripping study of the globalisation of organised crime in the post-Soviet era. As a fan of his work, I was eager to get my hands on DarkMarket and to see what he makes of cybercrime. The results, though occasionally brilliant, are mixed.

Glenny focuses on “skimming” and “carding” – the manufacture and use of fake ATM and credit cards encoded with stolen customer details – and the networks through which these skills are refined and disseminated. As Glenny explains, skimming gave rise in the early 2000s to a complex ancillary industry that supplied the equipment needed to manufacture cards and provided information about new technologies and training for would-be skimmers. Through these networks a wide variety of individuals and organisations, from “black-hat” hacker collectives to state intelligence agencies, came into contact.

DarkMarket is a forensic case study of two now-defunct websites catering to the carder community: DarkMarket and CarderPlanet. In these online meeting places a motley collection of geeks from across the globe exchanged services and information. Glenny argues that these two sites were responsible for transforming carding from a hacker hobby into a multimillion-dollar criminal enterprise. (DarkMarket was eventually taken over by the FBI for use in sting operations.) Drawing on court transcripts and interviews with key players, he reconstructs the rise and fall of these sites and the people who used them.

Glenny’s book is at its best when it addresses the wider political and social contexts underlying the carder networks. In the second half of the book we are introduced to a group of Turkish hackers with intimate connections to key figures in the government, the media and the secret police. This bizarre tale offers a glimpse of the workings of Turkey’s “deep state,” in which surveillance, crime and capitalist enterprises morph into ever-newer configurations. This is Glenny’s specialty. His ability to bring to life the connections between politics and the underworld is peerless.

Elsewhere, DarkMarket is less successful. Much of the book feels like it has been banged out quickly, with minimal editing. Glenny frequently gets lost in inconsequential detail, and the book is marred by a technophobic moralism that often derails the more interesting analysis. The beauty of McMafia is its ability to weave together a grand narrative of crime-fuelled globalisation. Unfortunately there is no such vision on offer in DarkMarket, just a fragmentary – but still fascinating – account of one corner of a larger canvas.

J.C. Sharman’s The Money Laundry explores a similarly murky terrain – the world of transnational money laundering – but does so in a rather different way. Sharman, a professor of governance and public policy at Griffith University, is an expert on anti-laundering regulation and has published several books on this topic already. Though it is rather drier than its title suggests, The Money Laundry is nonetheless full of fascinating anecdotes about the workings of offshore banks, shady service providers and anonymous bearer-share companies.

Sharman’s key claim is that anti-money-laundering regulation – which all states must adopt in order to participate in international banking systems – is laughably ineffective. Furthermore, it places an unduly heavy burden on developing nations, even though most laundering happens in the global North. To prove this point, Sharman goes about setting up dozens of fake shell companies, approaching intermediaries in various countries around the world with a request for “anonymous” banking. The result? Agents in the Caymans, Antigua, Cyprus and other islands of ill repute prove to be more law-abiding than those in OECD nations. As Sharman notes, “even the laxest offshore bank has due diligence standards far higher than those applied by major US institutions.”

What emerges from Sharman’s detailed account is a glimpse of the realpolitik of international financial regulation and its selective enforcement regimes. Along the way, the reader will discover many fascinating details about how the offshore banking system works. I loved the accounts of byzantine transnational laundering systems connecting, for example, a Dutch ecstasy dealer and his UK distribution network with an anonymous bearer-share company, a crooked Panamanian lawyer, a Netherlands Antilles “management” company, and a fictitious Dutch real estate operation.

The Money Laundry addresses an audience of regulatory specialists rather than general readers. While Glenny’s account of electronic fraud verges on the sensationalist, Sharman’s dry prose sucks out much of the drama from the otherwise fascinating narrative. Political scientists and policy analysts will find much of value here, but other readers may be scared off by chapter titles like “An Indirect Test of Effectiveness.” This is a shame, for together these books offer a valuable take on an endlessly fascinating subject. •

Ramon Lobato is a research fellow at the Swinburne Institute for Social Research. 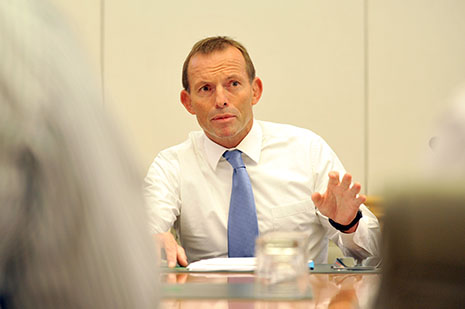