For babies, it’s yes to Bach but no to Mozart, reports Andrew Ford 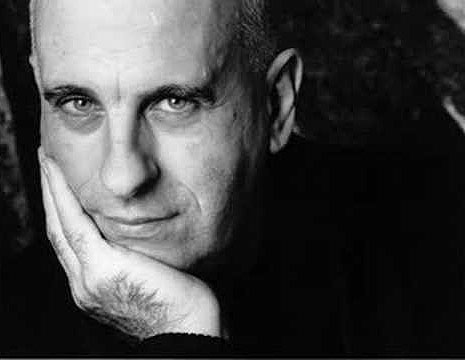 I MUST preface this column with a disclaimer. I have not been experimenting on my baby. Well, only a little bit. Hardly at all.

My daughter was born a year ago, and while many things in my life immediately changed as a result, I could see no special reason to start listening to the Wiggles sooner than was absolutely necessary. In fact I didn’t change my listening habits at all, except perhaps to have the volume a little lower.

A couple of weeks before the birth, I had interviewed the pianist Roger Woodward for The Music Show. His five-CD recording of Bach’s Well-Tempered Clavier (on the Celestial Harmonies label) had formed a major part of my preparation and I was impressed. Indeed, the interview behind me and fatherhood upon me, I was sufficiently taken with Woodward’s Bach to want to keep listening. He plays this familiar music with intelligence and great, natural musicality. He never exaggerates, has the surest of touches, and he made me feel I was listening with fresh ears. Certainly little Elsie was.

And that was the thing: she did appear to be listening. The music calmed her and held her attention. The first time, it was chance – simply a matter of what was already in the CD player. Elsie was crying and I wondered if music might help. I hit “Play” and out came Woodward’s Bach. It worked on her almost instantly, and thereafter, I’d ensure Bach was in the CD player before going to bed. When Elsie woke crying in the night, her mother or I would take her to the next room and listen to Bach. I dare say the very reasonableness of the music also had a soothing effect on these two new parents, and perhaps some of that rubbed off, but the music itself seemed to connect with her. We tried a few other things – Mozart, Beethoven, Dvořák, Vaughan Williams, even Ford – but the only thing that came close was the viol music of Marin Marais.

Now I’d like to be able to tell you that Elsie’s listening has since moved on from the Well-Tempered Clavier to The Musical Offering, the B minor Mass and the St Matthew Passion; that she plays the piano – and for that matter the viol – tolerably well, and last week composed her first fugue. But at the moment she mostly seems to prefer pop music.

There’s an obvious connection to be made here. Nearly all pop, like nearly all baroque music (Bach and Marais included), involves a steady pulse. The songs/movements tend to be short and employ a consistent rhythmic pattern. Perhaps there’s something hypnotic going on that holds a baby’s attention. The one piece of music that is guaranteed to placate my daughter is Christy Moore singing “The Reel in the Flickering Light.” It was, for instance, on high rotation in the hire car in which we found ourselves lost in Manchester’s one-way system amid rush-hour traffic earlier this year. Possibly part of the attraction is Christy’s reassuring voice, but I’m guessing it’s the continuous semiquavers that really do the trick.

In contrast to the short duration and repetition of most pop and baroque music, a movement from a Mozart symphony is that much longer and employs contrasting musical subjects – the Classical style was all about reasoned debate. Babies, it hardly needs pointing out, are strangers to reason. Certainly, after a minute or two of Mozart, Elsie is looking around for something else to occupy her.

And that’s the problem with most of the music in the series of CDs from the Cala label supposedly aimed at babies. Baby Symphony starts well enough – the first movement of Bach’s third Brandenburg concerto – but by the time we reached the first movement of Ravel’s piano concerto and “Jupiter” from The Planets, Elsie was having none of it. It was the same with Baby Cello, though I had to applaud her taste in refusing to listen to massed cellos playing “El Condor Pasa” (who thought a baby would like that?). We bypassed Baby Harp altogether, because track one – “The Music of the Night” played by The London Harp Sound – would have turned Elsie’s dad into a homicidal maniac. But even music you might expect to appeal, such as Ravel’s Mother Goose on the CD of the same name, really isn’t aimed at children, let alone babies. It’s music for adults after some sort of idealised childhood.

These CDs, in fact, resemble parenting books. You might find the odd useful morsel, but musical taste like everything else to do with babies is a matter of trial and error. Come to think of it, it remains so later in life. •