Friendless in the courtroom 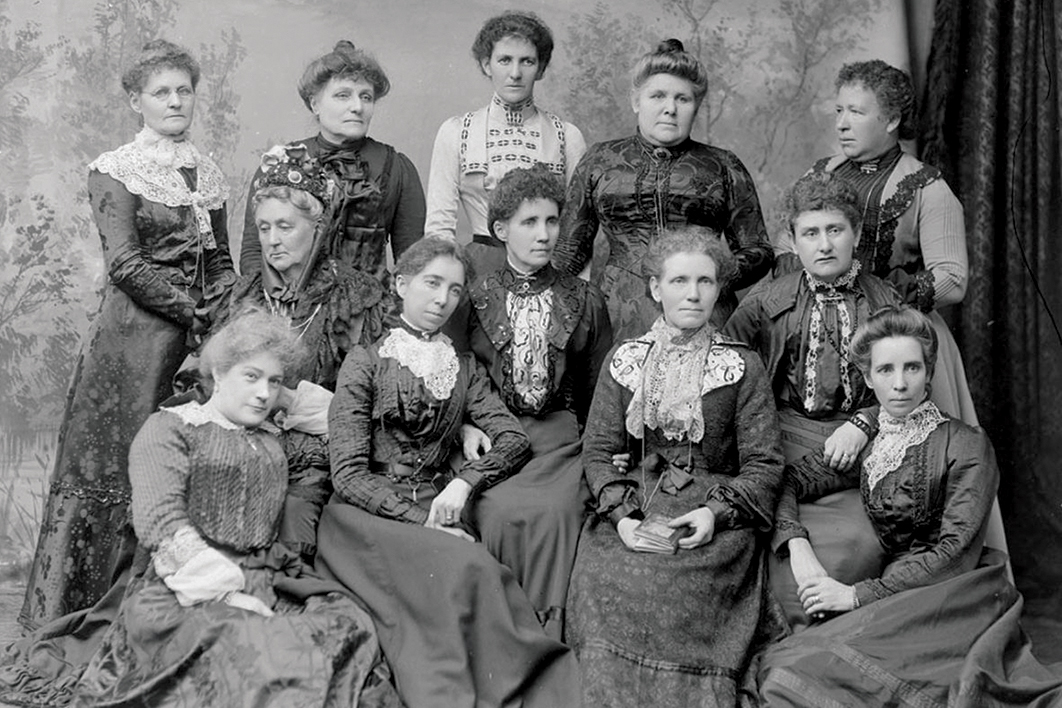 During the trial of footballers Jack de Belin and Callan Sinclair that came to a close this week, a nineteen-year-old woman told the NSW District Court how she went “dead and numb inside” when the two men allegedly sexually assaulted her. An evening that had begun with the three of them dancing at a Wollongong nightclub took an unexpected turn, she claimed, when she found herself whisked away to de Belin’s cousin’s apartment. After the woman had been to the toilet, a naked de Belin allegedly pushed her onto a bed, removed her clothes and, despite her saying no, started “having sex” with her. Callan Sinclair allegedly joined in. “They were both cheering each other on,” said the woman.

The defence naturally had a different story: “Everything that took place at those premises on that night was consensual.” And, consistent with the statistics on sexual assault (only one in ten reported cases results in a conviction), de Belin and Sinclair were found not guilty. On one charge, that is — the jury’s eight men and four women were unable to reach a verdict on the remaining charges.

Does it matter that twice as many men as women were sitting on that jury? It’s not customary when reporting on trials for journalists to discuss the jury’s composition, but in this case the Sydney Morning Herald’s court reporter, Georgina Mitchell, saw it as relevant.

It’s true that jurors are randomly selected from the election roll, but a recent study by the Melbourne Age found that women called up for jury service in Victoria are more than twice as likely as men to be excluded from criminal trials by peremptory challenges (the right of barristers to veto jurors without giving a reason), and even more likely if the case concerns a sexual offence.

It has always been thus. Unlike British women, who gained the right to sit on juries in the early twentieth century, Australian women had to wait until the 1990s to achieve full jury rights in every state. Until then, women were denied their power to engage in the adjudicative process or to be judged by a jury of their own peers. Female victims of sexual violence usually had to narrate the most traumatic moment of their lives to a male judge, male journalists, male barristers and a jury comprised entirely of men. An institution that was meant to be the democratic voice of a sovereign community was instead one of the most unrepresentative institutions in Australia.

While I was reading about the de Belin case my desk was piled high with archival materials detailing the tireless efforts of feminist organisations to get women on juries. Let me correct that: tireless isn’t quite the right word. By the 1940s the women had been campaigning for more than half a century, and they were exhausted. “This meeting is a waste of time,” huffed Miss Cotton in a 1942 deputation to NSW justice minister R.R. Downing. “We are not asking for a privilege; we are asking for a very unpleasant right… We think it is work we should be doing and it is our right to do it.”

Like those of us who have served on a jury, the women knew that in the bundle of rights, duties, privileges and obligations that define citizenship, jury service is most definitely a duty. “It is no privilege that women seek, but the right to take their place as full citizens with the knowledge that civil and social duties should not be determined by sex,” one woman wrote to the Melbourne Argus in the 1940s. Erna Keighley, a feminist activist from the same era, agreed: “Any community which excludes half its citizens from such activities, because of sex alone, is undemocratic.”

By the middle of the twentieth century white Australian women could vote, sit in parliament and practise as barristers and solicitors. As an editorial in the Sun put it, “The bar table, the witness box, the dock and the gaol are all open to them; only the jury box is closed.” Worse than that, women were removed from court in any case involving sex, while men were allowed to stay. As activist Annie Golding complained in 1929, “When a man is charged with a sexual offence against a young child of six, seven, or eight years of age, or against an unfortunate girl that has been seduced or outraged, the court is cleared” of women and the girl in the witness box is left “friendless.”

Queensland was the first state, in 1923, to grant women the right to sit on juries, but it was an opt-in system that required women to volunteer to the local sheriff. So few volunteered — and those who did were usually subject to peremptory challenges — that by 1941 only three women had served as jurors. It took until 1995 for Queensland women to gain full jury rights.

A similar story can be told of Tasmania, where women were allowed to volunteer for jury service in 1939 but didn’t have equal jury rights until 1991. South Australia denied women any right at all to sit on juries until 1965; full jury rights came in 1975. Western Australia gave women full jury rights in 1985, New South Wales and Victoria in 1977 and the Australian Capital Territory in 1979. It’s a shocking performance from a nation that likes to celebrate the fact that it granted women the right to vote and stand in parliament relatively early.

What reasons were given for the denial of this basic and not very pleasant right? Put simply: toilets. Or, as one justice minister euphemistically put it in 1942, “The greatest difficulty in the way of anything being done immediately is the provision of accommodation.” Yes, in New South Wales and Victoria the main barrier to women’s jury franchise cited by justice ministers was that courts lacked female toilets and it would cost too much money to build them.

Of course, governments were having no problem financing high-grade arterial roads, the Snowy Mountains Hydro Scheme, tramways, railways and entire new suburbs. As one “well-known Labour woman” told a NSW deputation in the 1940s: “A lot of rot! The minister is only pulling your association’s leg. Accommodation!… [T]he government can put an extra lavatory and a bit of a wooden partition in other departments quick enough, why not in the courts?”

What comes as a surprise is that these attitudes persisted for a large part of the twentieth century. “Jurors become the judges of the facts, and so they should be worldly, impartial, logical, consistent and, in theory at least, sexless,” one commentator declared when South Australian women entered jury boxes for the first time in 1966. “Many male lawyers contend that women jurors not only lack such qualities but are often petty, moody (by nature), unpredictable and in sex cases revengeful in the cause of womanhood.”

Newspapers commented constantly on the problem of men in courtrooms being distracted by attractive women. Sheriffs worried that the state would be encumbered with the substantial costs of remunerating them for their labours of care. Inadvertently, the debate over juries raised the awkward fact that supposed labours of love, such as housework and childcare, for which women were said to be most suited were in fact unpaid work that saved government significant amounts of money.

Many of these historical injustices persist today. Rather than providing funding for female jurors with caring obligations, courts simply exempt them from service. Women continue to be targeted by peremptory challenges, quite likely leading to skewed results in a range of matters, particularly sexual assault. The cliché that women are harder on each other when judging these matters has not been borne out by research; instead, women’s shared experiences of the fear or actuality of sexual violence makes them far more capable of understanding the arguments of claimants like the woman in the de Belin case.

But the greatest continuing injustice of the jury system lies in its treatment of Indigenous people. Their criminalisation means that they are vastly over-represented among defendants and yet woefully under-represented among jurors. When the NSW Law Reform Commission last did the figures in 2009, Indigenous people represented less than 0.5 per cent of jurors. If Australia is to offer defendants “a jury of one’s peers” as a symbol of our democracy and the sovereignty of the people, then it needs to include all people and all experiences. •

Alecia Simmonds is a senior lecturer in law at the University of Technology Sydney. Her book Courting: A History of Love and Law in Australia will be published by La Trobe University Press/Black Inc. in 2022. The research on which this article is based is part of a collaborative project on gender and the jury sponsored by the Australian Research Council. 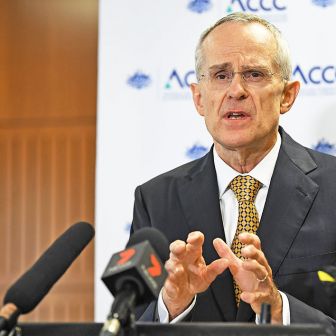 Essays & Reportage Why does Truth come third? Kate Fullagar 8 June 2021 The awarding of the Sydney Peace Prize to the Uluru Statement from the Heart is a reminder of the challenges it raises for historians
Close 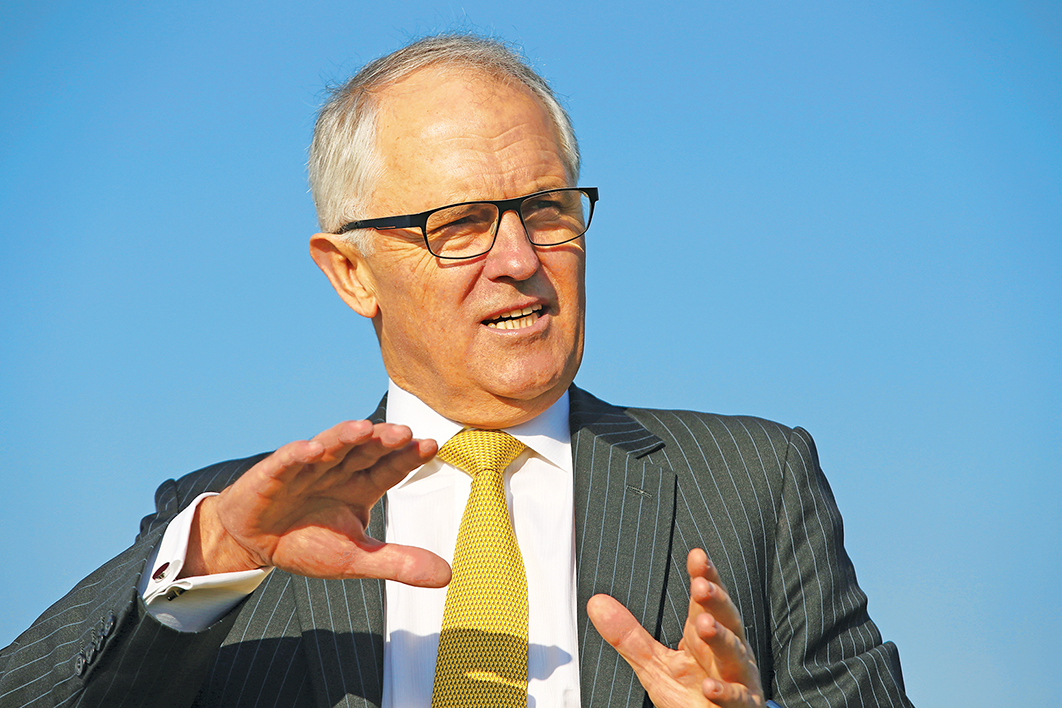