From Agamemnon to Blair: portraits in failed political leadership

The personal is the political: Lia Williams (centre) as Klytemnestra, and Angus Wright (top right) as Agamemnon, in Oresteia at London’s Almeida Theatre. Manuel Harlan 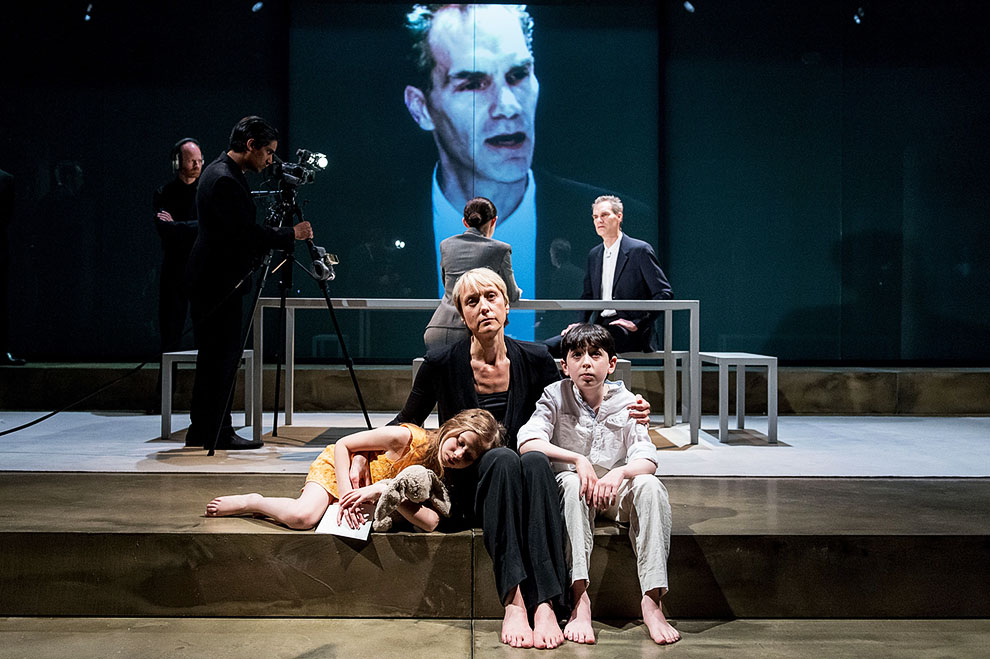 The personal is the political: Lia Williams (centre) as Klytemnestra, and Angus Wright (top right) as Agamemnon, in Oresteia at London’s Almeida Theatre. Manuel Harlan

Greek tragedy remains compelling because, as Aristotle observed, it provides cathartic access to deep wells of human emotion. He would certainly approve of Robert Icke’s current London production of Oresteia, with its harrowing psychological account of a family in collapse.

But the dramatic output of that fledgling wartime democracy, Athens, was also essentially political and civic: the audience sees itself on stage and witnesses the consequences of its own decisions. This production demands attention because of its compelling and devastating representation of failed leadership. It’s also a portrait of our contemporary political crisis; and it will, I hope, eventually make its way to Australia.

This production, presented by Almeida Theatre, started out in cosy Islington, in London’s inner north, but was such a success it transferred to the West End, where it is pulling in a bigger crowd despite its gruelling three-plus hours’ running time.

Icke has taken Aeschylus’ original trilogy – Agamemnon’s triumphant return from Troy and his murder by Klytemnestra; their son Orestes’ murderous revenge on Klytemnestra; Orestes’ madness and, at the end, his reconciliation with the new democratic order – and added the prequel, the story that triggers this cycle of violence: Agamemnon’s decision, a disastrous miscalculation, to murder his own daughter Iphigenia.

Here is a country preparing for war, and a military leader checking and rechecking the meaning of the ambiguous but compelling advice he has received. The advice – it appears as a “prophecy,” but we should think of market research or military intelligence, urged and interpreted by his security advisers – is that Iphigenia’s murder is a necessary sacrifice to secure victory in war.

Agamemnon’s failure as a leader is not that he unwittingly does something wrong. He knows it’s wrong, monstrously wrong. But he still does it. Why? Here is the real pathology. He feels, as the leader, that he alone is capable of doing it; only he has the mental toughness to take the tough decisions. This is the real pathology: the lonely anaesthesia of power, the narcissism of leadership, allows an utterly wrong action to be taken precisely because others might succumb to human weakness.

In scenes of heartbreaking intensity, Klytemnestra attempts to dissuade her husband: we watch her entreaty and begging, their kissing and embracing, their arguing and shouting, their grappling and struggling, and the throwing to the floor – an awful cycle of domestic violence. And in a moment of lucid clarity, she realises that this is not the husband-father she is fighting but the national leader, and she tells him: you were going to do this all along.

We see their son, the already troubled Orestes, disturbed from his sleep by his parents’ struggle. And then, complicitly, we see the beautiful, innocent Iphigenia – who, in Aeschylus’ original version, is sacrificed on an altar, in a distant offstage place and in the distant past – murdered as she sits on her father’s lap and trustingly swallows the pill he gives her, washing it down with a sweet liquid.

So there’s no shortage of cathartic emotion. But the political dimensions are equally powerful. Agamemnon tells his wife that there will be a “statement” – that the child will be said to have died of natural causes.

Icke, a twenty-nine-year old rising star of British theatre, has essentially done his own translation of the play (“I have a bit of Greek so I could stagger my way through,” he told an interviewer), cast a brilliant ensemble led by Angus Wright (Agamemnon) and Lia Williams (Klytemnestra), and staged a weirdly ancient world of blood and spin.

Agamemnon is a shirt-sleeved politician, striding about the stage with an entourage of media-savvy advisers, delivering his lines in TV interviews and televised speeches as if he and his team are professional actors. In Almeida’s twin production of Euripides’ Bakkhai, Pentheus is shown as a similarly shirt-sleeved politician – intense, clever and foolish – trying to stand against the tide of cultural change represented by the rise of the Dionysian fervour, and resentful that he is losing the female “demographic.”

But the confidence of these leaders masks arrogance, and their self-absorption makes them blind. They make errors of judgement – miscalculations that turn out to be not only fundamentally wrong but also irrevocably destructive of everything they were trying to preserve: country, family and even self.

These are generic portraits, of course. But watching them, I couldn’t help feeling I was being shown a smiling Tony Blair, that flawed giant who still casts a long shadow over contemporary British politics.

A shirt-sleeved Blair features on the cover of the latest Private Eye magazine. Against the backdrop of the marathon Chilcot Inquiry, which continues its investigation of his decision to commit British troops to the US invasion of Iraq in 2001, the magazinehas the former prime minister slyly suggesting, in response to a question about the inquiry’s timetable for reporting, “How about never? Never would work for me.” With the rising tide of refugees flooding over the EU levee banks from the failed states of the Middle East, it’s hard to escape the conclusion that Blair has paid a much higher political price in Britain than Howard has in Australia for the decision to invade Iraq.

Meanwhile, the British Labour Party has chosen a new leader who stands as the antithesis of Blair and the “what works” pragmatism of his New Labour project. Jeremy Corbyn can never be elected prime minister. But that seems to be precisely the point: for rejectionist “Jacorbyns” – the phrase is Simon Schama’s – mere electability is not enough. •

Revised: 21 September 2015 to correct misattribution of the play.

Stephen Mills is a lecturer at the Graduate School of Government at the University of Sydney and a former speechwriter for prime minister Bob Hawke.

After the Corbyn cult

British Labour has chosen its most left-wing leader ever, writes David Hayes in London. The lessons for democracy are profound 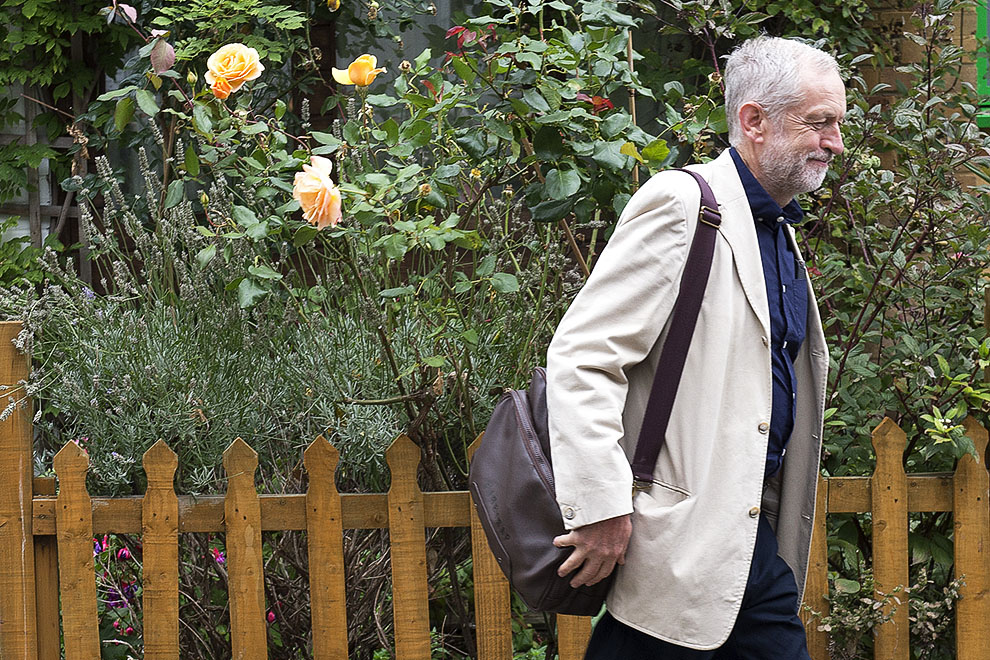