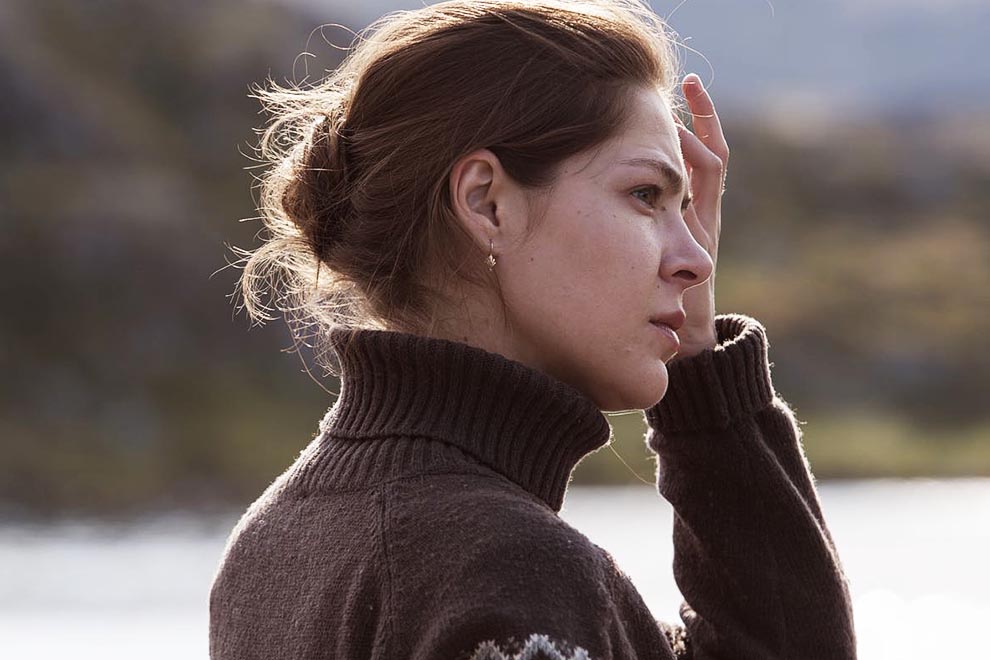 The image of home is not in the first but in the second visual sequence in Andrey Zvyagintsev’s Leviathan. The opening images show the sea thrashing against cliffs, a forbidding line of rocks in the half-dark, and in cold blue light, a wide shot of a bleak coastal area, a spread of inlets cutting into dark areas of land. Then there is the house built of grey timbers, a long glassed-in room alight. In the next hour or so we’ll get to know this room from the inside, with its long table and open view of the sea; the kind of room anyone might want to live in.

Someone leaves the house, and then re-enters; the light goes out, and a big car moves away; a long train pulls into a station. Kolya (Aleksey Serebryakov) is meeting a friend from Moscow, Dmitri (Vladimir Vdovichenkov), a lawyer who may be able to help Kolya and his family save this house from compulsory acquisition by the local mayor, a bully intent on demolition and redevelopment.

They’re old friends, but it’s clear that life has not treated them equally. Dmitri is handsome and assured; Kolya, a motor mechanic, feels besieged by the community’s demands on him – a lot of unpaid attention to battered old cars – while the mayor’s threat overhangs. Multiple tensions begin to play out; Kolya’s young wife Lilya thinks they should move away. In a performance of sustained subtlety, Elena Lyadova communicates, from the outset, Lilya’s depression and lack of hope, and also her capacity for resolve. At the breakfast table Kolya’s adolescent son Roma (Sergey Pokhodaev), the child of a first wife long dead, breaks out in general resentment. Later, we’ll see Kolya hitting the vodka hard. Zvyagintsev packs more psychology and politics into the film’s first fifteen minutes than most others would manage in two hours.

In the mayoral office, where Dmitri presents documentary evidence of past conniving and corruption, the picture of Putin is up there, ominously watchful. In another sequence, a passage of ferocious comedy, images of past leaders are used for target practice on a drinking and shooting picnic; we see the heads of Lenin, Brezhnev and Gorbachev, none more recent. The host remarks that there was a picture of Yeltsin available, but that should wait for longer historical perspective.

We’re on a remote edge of northern Russia where there is less than no faith in the distant leaders, no Chekhovian dreams about life in the capital. The church, commanding authority and wealth, is entirely on the side of Leviathan, the Hobbesian state; the priest reassures the mayor of his right to greed under divine will, and preaches scripture in an opulent edifice among gold-framed icons. There’s another church in the film, the ruined, roofless edifice where Roma and other teenagers hang out for drink, smoking and general adolescent derision.

It has been observed that in Zvyagintsev’s films women are the principal carriers of pain; remember the maternal burdens in Elena (2011). In this much larger work, there are only hints of Lilya’s desire for a world beyond the village on the Arctic coast, but it’s there when she offers herself to Dmitri. We see them together in a strange, still, uncommunicative moment after sex – and while sex has clearly happened, love-making is hardly the word for it; there’s not the glimmer of a smile, not a tinge of comedy. It’s rather as though adultery was an inevitable part of the general bleakness, no more than a momentary distraction. While Dmitri will go back to Moscow with nothing accomplished, Lilya’s path is perfectly, horrifically Tolstoyan. Despite the comradeship of the women who work beside her in the fish cannery, she’s as much alone as Anna Karenina.

Women have another role here. Three of them preside in the courtroom, judges adjudicating Kolya’s plea for his property; are they the Fates, implacably indifferent to human wishes? The details of the case are recited in a relentless harangue, and it’s clear at once that Kolya hasn’t a chance. Later, the viewer is positioned within the house, in the place of a threatened inhabitant, as the giant excavator – which looks more like a prediluvian monster than a machine – smashes the glass walls; the familiar dinner table, and all it means about everyday life and sharing are trashed and swept away. Then Kolya is again before the judges, and again he hasn’t a chance. The one element of hope is with the boy, and what will save him is community, the links formed among women in the daily bus run and the assembly line in the cannery.

It is tempting to see this great film as an anti-Putin tract; the list of Russia’s martyrs grows, with Boris Nemtsov’s murder joining those of other journalists and activists – Paul Klebnikov, Anna Politkovskaya, Natalia Estemirova and others – through the past ten years, and people in the Russian street said of Nemtsov: Leviathan killed him. The term is current; Zvyagintsev has been publicly rebuked for a film that’s “unpatriotic”; while in the popular view, the state is a living monster, larger and longer-lived than any one of its agents.

With all that, the film is not to be reduced to a parable. Bring what responses you will to the clanging iron door, the thrashing sea, the beached whale skeleton, the machinery of destruction; let the implications play out indefinitely. At the end we’re back on this beautiful Arctic edge, with the stretches of dark land and pale water. Philip Glass’s music comes in, surging and hammering, retreating and returning like the sea. It doesn’t stop with the visible action, but rises, repeats, returns again across the final images and through the long flow of the credits, as though to say: there is no end to this tale of provincial life, and no release in sight for those who live it.

Ava DuVernay’s Selma is not so much about Martin Luther King as a story and argument built around him, a potent history essay angled necessarily to the present. We begin with the Nobel Prize, King’s installation in the line of official heroes; as they carefully fix his tie for the event, we take in the dynamics of the relationship with his wife Coretta (Carmen Ejogo). With Ejogo’s fine performance and David Oyelowo’s as King, we get a portrait of a marriage that was never tame or ordinary. There are two particular long moments, when their hands reach towards each other through the bars while King is in jail, and again when Coretta waits for his answer on his outside affairs – did he really love those others? There are several terrible seconds before he says, “No.”

A year later, the Nobel Prize wasn’t enough to convince Lyndon Johnson (superbly played here by Tom Wilkinson) that it was high time for legislative action, then in March 1965, to endorse the right of black citizens to vote. From King’s point of view the matter was urgent; too many, turning up at civic offices for registration, had been denied. In one unforgettable sequence the activist Annie Lee Cooper, vividly played by Oprah Winfrey, is refused her civil rights by an officious, racist functionary.

We don’t get the legendary “I have a dream...” speech; the texts of the actual speeches were denied to DuVernay’s screenwriter and collaborator Paul Webb, who did brilliantly in writing the words spoken here. The fiction in the film is not in those words, but rather, according to expert witnesses, in DuVernay’s version of King’s dealings with LBJ, who did not in fact hold out so long on bringing in the Voting Rights Act. Meanwhile, King led three marches across the Edmund Pettus Bridge in Selma – one cut short by the battle in which Alabama state troopers attacked the marchers with tear gas and cattle prods, one aborted for the sake of peace by King’s own decision, and the third in which he led the marchers, peacefully, from the bridge to the state capital. Before the final ringing speech, the film negotiates huge crowds in turmoil, the surges of white support for civil rights, and the sheer ugliness of the racism which some, like governor George Wallace, held to be the natural order of things.

What matters now about Selma is its appearance in hard times and a reactionary climate, with the killing of young, unarmed black men in several cities, one a boy of twelve; racial persecution persists in the United States, fifty years since the events named in the film. Barack Obama marked the anniversary at the Edmund Pettus Bridge, in a speech that called for a new civil rights movement, one that would include women, gay people, Latinos, Asian-born Americans and Native Americans among others.

At that point Australians, with our vaunted multiculturalism, might properly stop in our tracks. Our responses to the film called Selma should not be too comfortable, too muted; more could be made of our own present fiftieth anniversary, that of the freedom rides led by Charles Perkins. A film called Moree, or perhaps Brewarrina? • 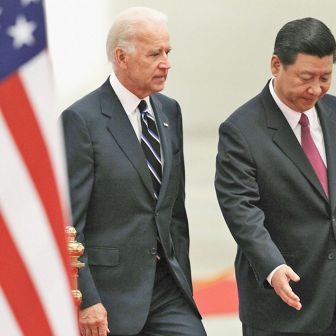 The voice of a generation

Vera Brittain’s Testament of Youth, now in its second screen version, recounts a remarkable life amid the upheavals of a century ago, writes Brian McFarlane

Passion and perception: Alicia Vikander as Vera Brittain in James Kent’s version of Testament of Youth. 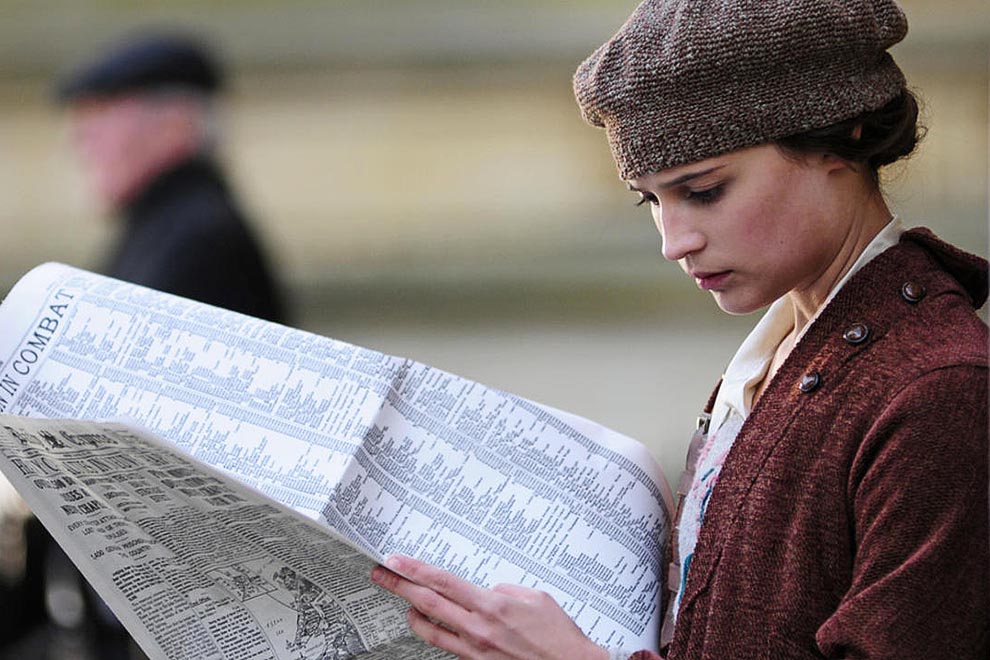 Passion and perception: Alicia Vikander as Vera Brittain in James Kent’s version of Testament of Youth.