Fully, partly, in principle — or not at all?

Has the government missed another opportunity to genuinely tackle sexual harassment? 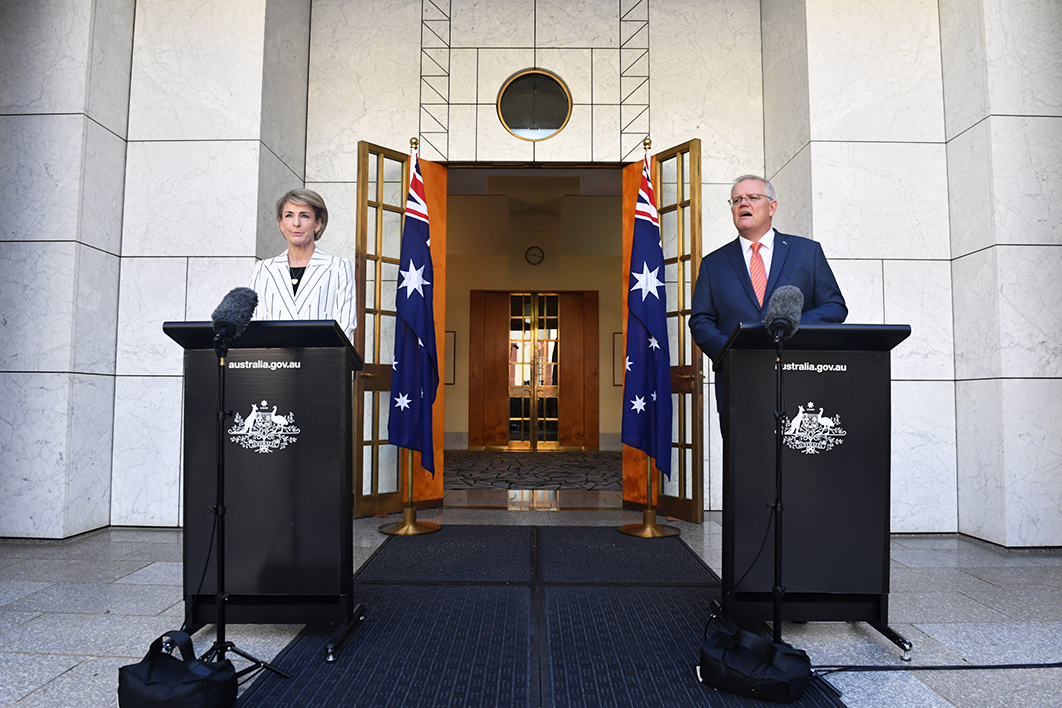 It was the tail end of a sitting week in early March last year, just before the world collapsed. Attorney-general Christian Porter tabled Respect@Work in parliament, finally making public a report that had been with the government since January. To mark the milestone, the Australian Human Rights Commission held a short press conference in a nearby committee room.

Despite the lack of fanfare, the message could not have been plainer. “Urgent” action was needed to deal with workplace sexual harassment. A national survey in 2018 had found 23 per cent of women and 16 per cent of men had been sexually harassed at work in the past twelve months.

“It occurs in every industry and at every level across Australia,” sex discrimination commissioner Kate Jenkins warned. “This is not simply the story of ‘a few bad apples.’” Having spent eighteen months looking at the issue, she had fifty-five recommendations ready to fix it, including changing the Sex Discrimination Act, simplifying the complaints system and putting more onus on employers to eliminate harassment.

Porter and women’s minister Marise Payne said they would “carefully consider” the report. And then thirteen months went by. Granted, things have been happening elsewhere for the government (and, more lately, for Porter). But this excuse only travels so far. Most of Australia has been out of lockdown since mid 2020 and parliament has been back since August. And the pandemic hasn’t stopped the government pursuing non-Covid issues like industrial relations and university fee reforms.

All this blurred into the background on Thursday when Scott Morrison and new attorney-general Michaelia Cash held a sombre press conference in the prime minister’s courtyard to announce their “roadmap” response to Respect@Work. Morrison said the government was “embracing” the report, describing it as a “game-changer.”

New legislation will be drafted to make it easier for employers to fire sexual harassers. MPs, public servants and judges will no longer be exempt from the Sex Discrimination Act. More funding will come in the May budget.

Jenkins praised the response as “constructive,” but it’s hard not to be cynical about how Respect@Work is being used. It’s a small thing, perhaps, but the government is now taking the credit for establishing the review, when it was very much a joint initiative with Jenkins.

The government’s headline message is it is either agreeing to — “in full, in part or in principle” — or noting all the recommendations. Sound confusing? Well, the detail of its response to the fifty-five recommendations didn’t reach journalists until more than an hour after the press conference, and the chance to ask informed questions, had ended.

Indeed, despite its embrace of the report, the government has only “noted” one of its key recommendations — that a “positive duty” be imposed on all employers to take “reasonable and proportionate measures” to eliminate sex discrimination. For UTS law academic Karen O’Connell, who provided advice to the Respect@Work inquiry, this is a “significant missed opportunity to genuinely prevent sexual harassment.”

Then there is the pre-emptive finger-pointing. Cash is talking about how the states need to get involved and has written them a letter asking about their plans. Morrison says “issues” with the draft legislation still remain to be worked through, and is ominously pleading for “bipartisanship.”

There’s nothing shocking about a government sitting on a report and then trying to avoid being pinned down. Or trying to claim more credit than it deserves. But this is no ordinary report and this is not an ordinary political time. It comes as the government scrambles to regain a sense of authority (and, dare we suggest, empathy) over the “women’s issue” and arrest the anger and frustration felt both within the walls of Parliament House and well beyond it.

It is difficult to believe we would be seeing this response at this time had it not been for Brittany Higgins. Respect@Work was hidden away at the back of the political freezer until advocates and non-government MPs started to call for a response in the wake of her story.

Polling suggests the government really does have a problem. Between last November and 29 March, according to the latest Essential Report, women’s approval of Morrison dropped from 67 per cent to 49 per cent. Men, though, haven’t budged from 65 per cent. Labor’s internal research is showing a similar gender gap. Women are disappointed and angry with Morrison’s response to both individual survivors and issues of harassment and inequality more broadly.

Liberal strategists are similarly aware that women have been moving away from the party for years, and this ties in with a broader international trend regarding female voters and conservative parties. But they also know they have a specific problem among women under forty. Or not so much a problem, as one Liberal MP notes, as “a horror show.”

Within the Liberal camp, there are those who think the government is taking sensible, concrete steps (setting up a women’s cabinet, changing laws, holding summits) and needs to be patient. According to this reasoning, the climate at the moment is unforgiving and the Coalition will be damned for whatever it does. As long as there is demonstrable change, it can ride this out.

But there are also those who think their party leadership doesn’t “get it” and (still) sees the issue as a purely political problem. And this means the current response won’t be good enough. Many might find it hard to reconcile the prime minister’s stated commitment to eliminating bad behaviour with Andrew Laming’s remaining on the government benches.

But Labor strategists aren’t celebrating either. As one told me, male voters are “staring at the floor, waiting for the conversation to move on.” Morrison may have taken an enduring hit to his standing among women, but at least one half of the electorate won’t bust him for it.

Meanwhile, Jenkins is busy with another inquiry. And this is one the government really did commission. Due to report in November, she is examining what it’s like to work at Parliament House. The Human Rights Commission is recruiting more staff to help her, hopes to open submissions next month and will provide an update in July.

Staff around the building — both Liberal and Labor — are being encouraged to contribute and the government sees this as one of its key planks for a gender reset. So long as Jenkins doesn’t come up with anything too ambitious or impractical (such as a mechanism to sack MPs), the government will be able to show some evidence it is sorting out “toxic” parliament, ahead of the election, earlyish next year.

Provided it doesn’t sit on the report for fifteen months. •

Judith Ireland is Deputy Editor, Politics + Society, with the Conversation. She has been a journalist in the Canberra Press Gallery since 2011. 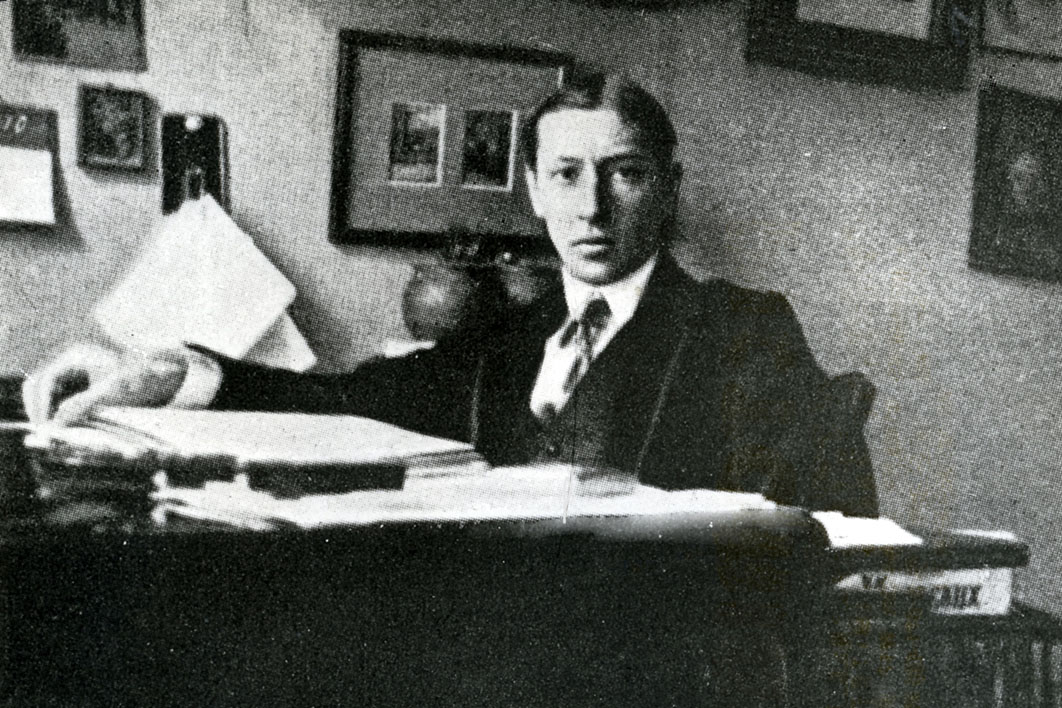