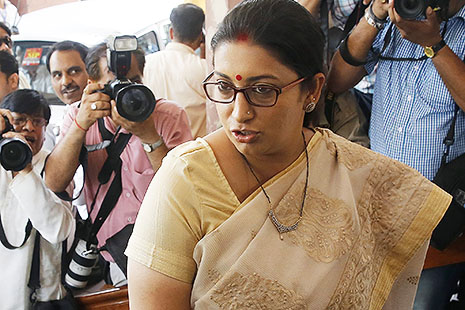 By a curious coincidence, both the youngest and the oldest ministers in Narendra Modi’s newly appointed cabinet – Smriti Irani, aged thirty-eight, and Najma Heptullah, seventy-four – happen to be women. Irani, a former model and television star who became national president of the women’s wing of the Bharatiya Janata Party, or BJP, now holds the position of party vice-president in the party; Heptullah, the lone Muslim voice in the cabinet, has had a long career in both the Congress Party and the BJP.

The Indian commentators Sruthijith KK and Shruti Chakraborty have highlighted the fact that women are now much better represented in cabinet, numbering six ministers out of a team of twenty-four. This contrasts sharply with the outgoing Singh cabinet, which included just two women among twenty-eight ministers. Sushma Swaraj, a seasoned politician with many firsts to her credit (as BJP’s first female chief minister, a national cabinet minister, a party general secretary and spokesperson, and opposition leader) now holds the external affairs portfolio, which is part of the powerful Cabinet Committee on Security, the nation’s top decision-making body on national security. She is the first woman since Indira Gandhi in 1984 to be part of this group. As leader of the opposition before the elections, she was also one of the most vocal advocates for the maximum possible punishment for perpetrators of violence against women.

The other women members of Modi’s cabinet include Uma Bharti, Maneka Gandhi and Harsimrat Kaur Badal. BJP spokesperson Nirmala Sitharaman has been sworn-in as a minister of state with full ministerial powers. They represent a mix of ages, languages and religions. Christians appear to be the only major group missing.

Sruthijith KK and Shruti Chakraborty also identify several other interesting differences. The new cabinet is younger (average age sixty, versus the sixty-eight average of the outgoing cabinet), less wealthy, almost entirely educated in India (except for Najma Heptullah, who studied at the University of Denver) and has fewer family ties to politics.

The last point is worth noting, given concerns in India and elsewhere about the entrenchment of the Nehru/Gandhi dynasty in Indian politics. (The Kennedys in the United States and the various second-generation politicians in Australia and elsewhere in the Western world suggest that dynasties are not entirely peculiar to India.) While Maneka Gandhi (women and child development minister in the Modi government) was married to Sanjay, Indira Gandhi’s younger son, she was always the less favoured daughter-in-law, particularly after the untimely death of Sanjay, while Sonia Gandhi was the clear favourite. Maneka featured frequently in the Indian media both for her firebrand animal rights and environment activities as well as political competition with Sanjay’s family. The less controversial Harsimrat Kaur Badal, wife of the deputy chief minister of Punjab, Sukhbir Singh Badal, successfully defeated a four-party combine led by her husband’s cousin Manpreet Badal.

Women have made these gains despite the fact that just 12 per cent of the total 1325 candidates fielded for the lower house by the three biggest of them (Congress, the BJP and the Aam Aadmi Party) were women. Significantly, the brightest performances came from two parties headed by women: both the Trinamool Congress in West Bengal, led by Mamata Banerjee, and the All India Anna Dravida Munnetra Kazhagam in Tamil Nadu, led by Jayalalithaa, registered landslide victories in their respective states.

Meanwhile, the youngest and the oldest members of Modi’s cabinet are already making waves. Irani’s opponents have queried her suitability for appointment as human resource development minister, citing her lack of tertiary qualifications. Smriti Irani’s supporters say this counts in her favour because she comes without any baggage and, besides, it is more important that she display the ability to seek and use good advice.

On her first day as minority affairs minister, Najma Heptullah said Muslims were not minorities but that Parsis, with their dwindling population, qualified for the tag. (The Parsis are Zoroastrians who sought refuge in India following persecution by Muslim rulers in the Middle East.) Heptullah was referring to the sub-quota system proposed by the Congress, which was intended to provide representation for all minority groups but came to be known as the “Muslim quota” because Congress allegedly planned to attract the largest minority community through the policy. There was speculation at one point that the quota system would be abandoned and the minorities’ ministry disbanded or merged with the bigger social justice ministry, but there has been no move to do this so far.

More waves could follow with the possible nomination of highly decorated former policewoman Kiran Bedi as BJP candidate for the position of chief minister of Delhi (ignominiously vacated by anti-corruption campaigner Arvind Kejariwal, who raised and dashed many hopes for a corruption-free new world). Bedi is no stranger to controversy, dating back to her days of removing cars that were illegally parked (including one used by Indira Gandhi, which earned her the sobriquet “Crane Gandhi”) and including widely admired prison reforms, is expected to be a keen contestant in India’s real life Game of Thrones.

The BJP’s manifesto focuses on many important issues for women, including equal opportunities for women in the political, social and economic condition of women. Like women everywhere, Indian women will be watching to see how the people they have helped vote into power keep their promises. •

Indrani Ganguly is a Brisbane-based sociologist. 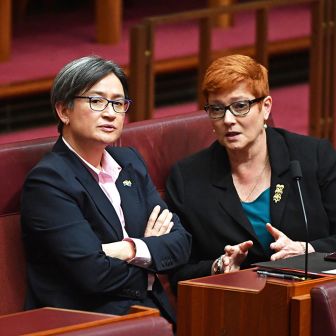 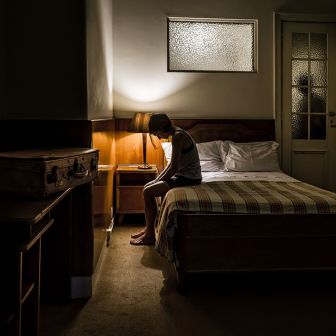 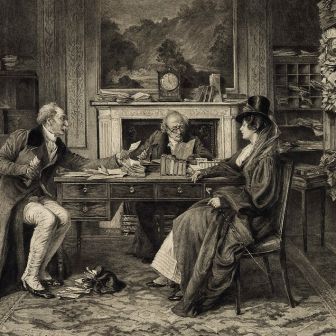