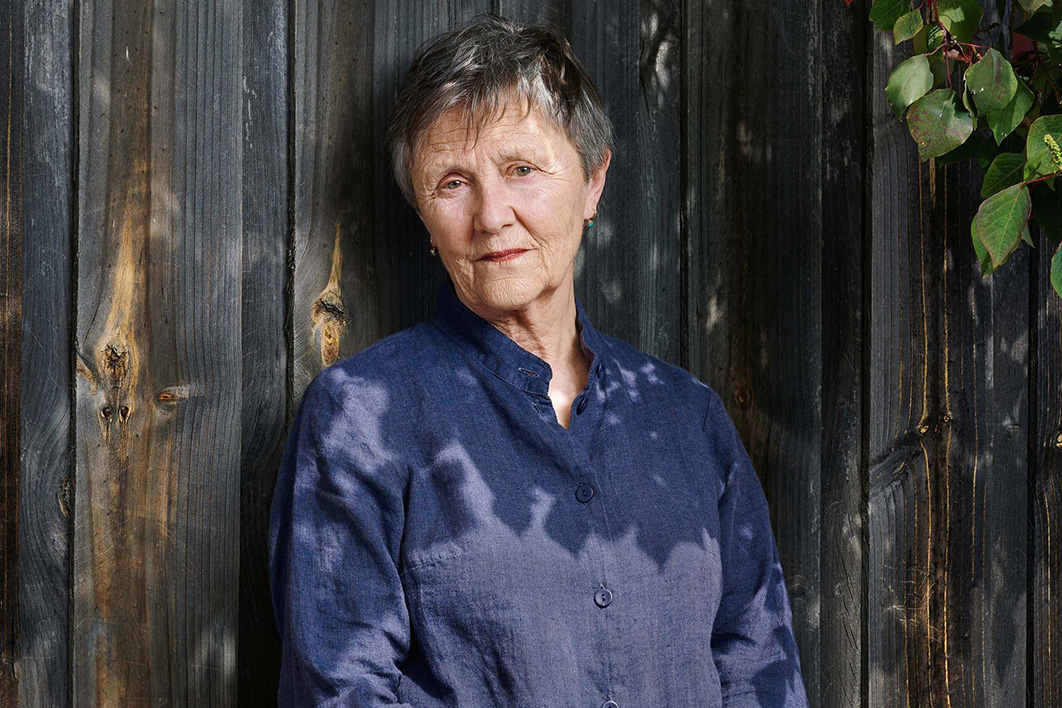 In my world, reading Helen Garner’s diaries is a communal affair. Friends send texts speculating as to who “G” or “E” could be, some screenshot passages and share them in group chats, and others take photos of the latest beautifully designed volume to let everyone on social media know that “yes, I am reading them too.”

So far, all three volumes have been published in November, just in time for the annual slowdown. Last summer and the one before, my friend L and I spent hours discussing Yellow Notebook (2019) and One Day I’ll Remember This (2020) on our way to and from the beach, on the sand, in the water. We have been reading Garner our whole adult lives and are now in our forties. In volumes I and II, we encounter her at a similar life stage, and it’s thrilling.

Another friend half-jokes when the occasion arises that “We’re all Helen Garner now.” In other words, some of us find ourselves relating to the exasperated Garner who wrote The First Stone (1995), her first major work of non-fiction, and a book so divisive and controversial it spawned a dedicated genre of responses. Among my cohort, several were so outraged by what they saw as her dismissive, knee-jerk account of a sexual harassment case at Melbourne University’s Ormond College that they never read Garner again.

For those of us who kept going, the publication of the diaries, edited by Garner, are the ultimate reward. Some critics may have dismissed Garner’s debut novel Monkey Grip (1977) on the basis that it read as though she’d plundered her diaries, but its immediate and ongoing success suggests that for many readers that was, and is, at the very least, part of the appeal. The fiction that followed — the conjoined novellas Honour and Other People’s Children (1980), the much-lauded The Children’s Bach (1984), the short story collection Postcards from Surfers (1985) and Cosmo Cosmolino (1992), her last novel until The Spare Room (2008) — saw Garner continue to focus on relationships, families and household dynamics. These books were all drawn from life, but as time went on there was less handwringing about whether they qualified as fiction or not — a wider development, spurred along, in this country at least, by Garner’s influence.

Garner’s switch to non-fiction deservedly attracted many new readers, but there have always been diehards who proclaim their preference for her fiction, me included. Reading the diaries, however, the distinctions evaporate. She’s been writing them all along, no matter what else she happens to be working on or towards, and they’re full of the best bits of her fiction and non-fiction.

When I’ve pined for more fiction, what I really wanted was more of what Garner writes about in her novels: the peculiar tango of heterosexual relationships, variously configured families, friendships taken as seriously as other intimacies, children with distinct personalities and concerns of their own, the whole glorious mess of domestic worlds, and how it feels to be a woman. The diaries overflow with all of these, while also charting Garner’s evolution as a writer. Across all three volumes, she grapples with self-doubt while simultaneously cultivating her own patch, described in the latest volume as “the territory that I have opened up and marked out and developed — the crossover between fiction and an account of what happened?”

This third volume, How to End a Story, is as propulsive as the most addictive page-turner and as exquisitely rendered as her novels and short stories. Covering the years 1995 to 1998, it opens in the fresh wake of the publication of The First Stone, but surprisingly — and refreshingly — the whole saga is mostly confined to a few extended entries and some passing mentions. (My friend Y texts: “I reckon HG pruned The First Stone bits right back, leaving only the thorns.”)

Whatever she’s left in or out, Garner’s diaries are expertly paced and arranged, as much outward-looking as inward, and as attuned to the quotidian as to the profound — as in life, there’s no separation here, just perpetual motion, even when feeling stuck and solitary, which Garner was for a fair chunk of the years recorded here.

To open at a random page: Garner’s new computer gives her trouble and she “sobbed and paced up and down, clutching my temples like someone in a Chekhov play.” In an art shop, she lets out a “snort of laughter” when she hears a girl say to her friend, “Life’s too short to spend it with a wanker.” With her husband V off to dinner with her rival X and their art-critic friend, Garner makes herself “a pasta with a powerful sauce of garlic, chilli, parsley, tomato and anchovies” and talks houses and future babies with her recently married daughter M on the phone.

The dissolution of Garner’s marriage to V — otherwise known as the novelist Murray Bail, to whom she was married for some eight years — provides a deeply compelling narrative arc, and together with the Sydney location marks out the third volume as the most self-contained. What’s at stake comes early: “I think I am in the classic position of a woman artist who in order to maintain a marriage is obliged to trim herself so as not to make her husband feel — what? Something a man is not supposed to have to feel?” As the marriage spirals, the details are captured and dissected in her diary and in psychoanalysis, both of which V mocks with the lofty disdain of a man given to pronouncing, for example, that women’s writing “lacks an overarching philosophy.”

Knowing I have a review brewing, a friend gets in touch to share their thoughts about V. “Can he really have been as much of an [expletive] as he seems? And can she really have put up with him for more than a minute?” The diaries (V is also a major figure in the second volume) reveal plenty about what drew and kept them together, not least writing, but that too was a fault line. In V’s recoiling from “the thought that I wrote about him in my diary,” Garner identifies a “head-on smash between my lifelong habit of recording and analysing my private life, my need and right to do this — and his revulsion against being recorded in his private life: both tenable positions, which cannot be reconciled.”

Briefly, Garner resolves to “not write about V except in passing,” but it proves impossible. There’s a lot more to write about — her family back in Melbourne, trips overseas, her dreams, the breakthroughs at therapy, what she’s reading and writing, the chorus of friends, music, sewing, cooking, the news of the day, Proust on jealousy, people on the street — but the breakdown of the marriage hovers over all of it. In Buenos Aires, on her way to a magazine assignment in Antarctica, she writes that “I might have loved being here” but “the amount and quality of pain I’m in is sort of unbelievable.”

In one of the most remarkable entries, in the thick of torment, Garner envisions a new life for herself, “back in Melbourne without V,” “an imaginary future” on her own terms which now reads as identical to the life she appears to be living in the present day. My friend J takes a screenshot and posts the passage on Instagram: “Sometimes we know what we want even when we think we want something else.” Another friend declares, “I think these diaries are the best thing she’s ever written.” I agree; they are her life’s work, and the ideal mode for a “writer who works off and is nourished by the events of daily life.” •

The battle for Hume heats up 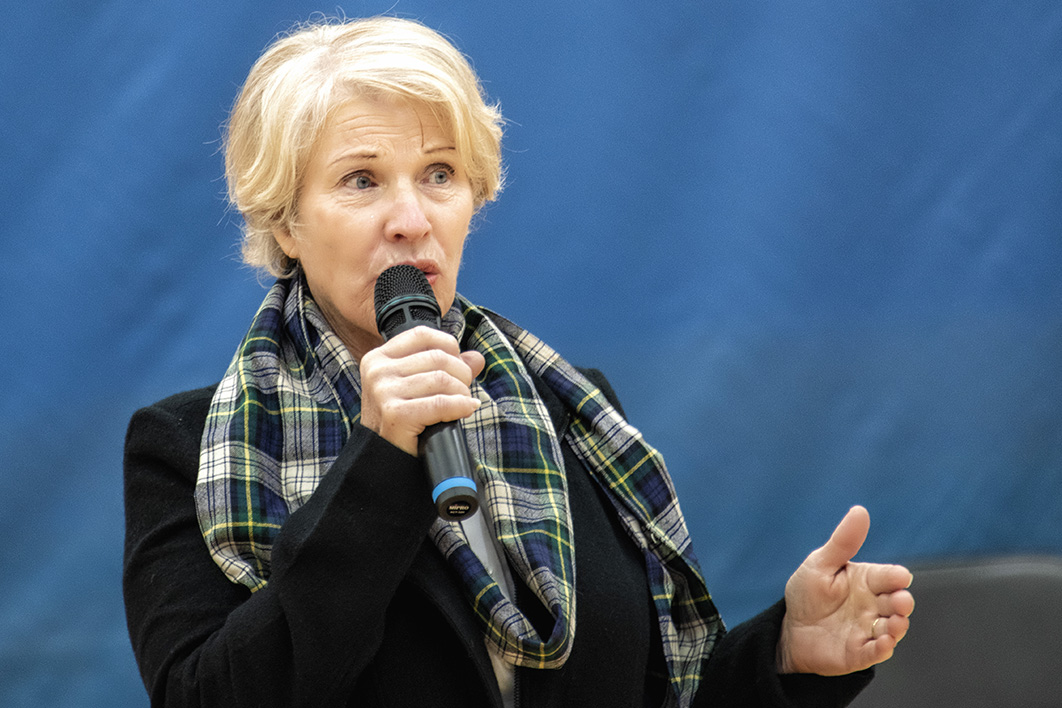