Is “gender ideology” really a danger to feminism? 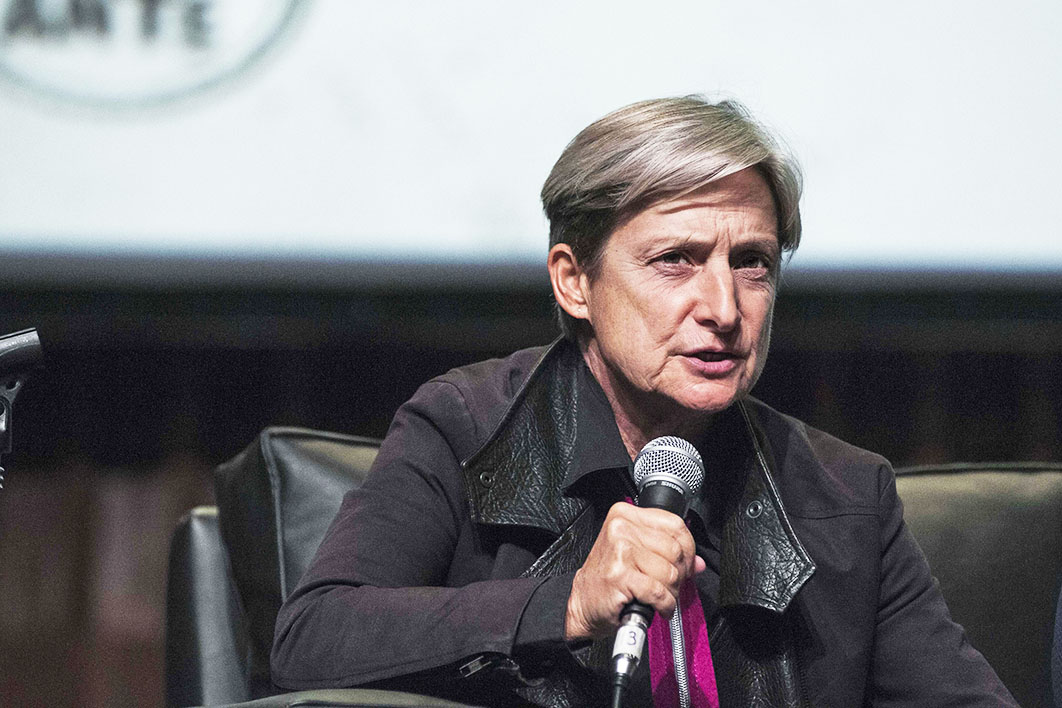 In November 2017 a group of protesters in São Paulo burnt an effigy of acclaimed gender theorist Judith Butler outside an academic conference she was attending, while waving crucifixes and national flags and shouting “burn the witch!” One sign read, “Judith Butler’s dream is to destroy your children’s sexual identity.” Butler has been just one of many visible targets of “transnational anti-gender campaigns” framing women’s, reproductive and LGBTIQ+ rights as threats to societal norms and national identity.

Skip forward to January 2019, and the newly minted Brazilian president Jair Bolsonaro has promised to stop the “ideology of gender” being spread in schools. The Catholic Church began referring to the problems of “gender ideology” in the 1990s, and the expression has spread internationally among the conservative right. The most surprising development, however, is that the same language is now being used by some feminists who consider Butler and those who share her views to be a threat to feminism and women.

Also in January, Judith Butler published a response to the backlash against “gender ideology” in the New Statesman. In reply, the Cambridge Radical Feminist Network outlined the dangers of Butler’s ideas for feminism in Medium, reflecting its view that a “transgender agenda” is undermining feminist achievements. Low-level suspicion of gender theory has existed among radical feminists for some time, but as transgender rights have gained visibility the debate has coalesced into a more obvious division.

This debate highlights the evolution of a peculiar divide in feminist circles: a schism between gender theorists, such as Butler, and self-identified “gender-critical” feminists who reaffirm an immutable biological basis for the category of female. This debate has created an impasse: how do we determine who is an authority on feminist issues, and who is included and excluded in gender-focused policy matters?

The debate raises a number of other questions, too. Is gender theory really so dangerous for feminism? What do theorists such as Butler actually argue? Is there any merit in gender-critical claims? And can a common feminist ground be found?

Judith Butler is best known for her 1990 book, Gender Trouble: Feminism and the Subversion of Identity, which has become a mainstay of many women’s and gender-studies programs across the world. Gender Trouble arrived during the AIDS crisis, when a new language was emerging around the word “queer” to describe sexual practices and identities that rebelled against the discrete categories of “gay” and “lesbian.” Within this social context Gender Trouble has played a central role in precipitating a new way of thinking about the relationship between gender and sexuality in the academy.

First, though Butler identifies as a feminist she challenges the traditional feminist distinction made between sex (as biology) and gender (as culture). Feminists have long argued that biology does not determine capacity. As Simone de Beauvoir proclaimed in her 1949 book The Second Sex “One is not born, but rather becomes, a woman”. Feminist sociologist Ann Oakley explicitly theorised this idea as the sex/gender distinction in her 1972 book, Sex, Gender and Society. Many feminists have since separated gender from sex as a strategy to emphasise that women’s lower hierarchical status in society is not innate.

But many feminists and gender theorists have always maintained that bracketing off supposedly biological sex as a fixed given is limiting, and that we need to look at how these categories are themselves socially constructed and maintained. For example, feminist biologist Myra Hird emphasises that only relatively recently have Western cultures understood biological sex as two discrete binary, complementary categories. That is, our current understandings of sex, which we take as a given, have a human-made history that is well understood by biologists.

In this vein, Butler suggests that the material can’t be separated from the social. For example, the pronouncement “It’s a boy!” on the birth of a child (or even a foetal scan) carries with it a weight of social expectations. Combinations of external genitalia, chromosomes and other bodily features are denoted as “sex” and cannot escape the social meaning that comes with the designation “boy” or “girl.” For this reason, many of these thinkers use the term sex/gender to denote that they are inseparable. From here, Butler argues, sex/gender becomes seemingly fixed or reified through repeated acts of gendered “performativity.”

This has often been misread as a suggestion that gender is a “performance,” but Butler is simply saying that gender only exists as a set of bodily acts and styles that appear natural but are actually informed by society. Importantly, Butler doesn’t think that anyone can easily transcend or escape the expectations of gender and sexuality when sex/gender is a key way through which people “read” one another. One cannot straightforwardly “choose,” because while gender and sexuality are expressed at a personal individual level, they are dictated and determined by a much larger social context. Butler argues that the gender binary system is violently enforced, and there are consequences of falling outside of gender expectations. Resisting gender norms is possible but also very dangerous. As Butler describes in Gender Trouble and in her New Statesman piece, her hope has always been to critique the systems of gender that limit possibilities for self-expression.

Because of this assertion that sex/gender is inescapable in contemporary societies, Butler is also a supporter of trans rights. For Butler, gender is a problem because of the constraints and expectations it puts on people. Her pragmatic position is that if there are more liveable ways for people to act and be “read,” such as transitioning to a gender different from your sex-assigned-at-birth, or self-identifying with a new gender category such as non-binary, then why not? This can only serve to expand the limits of selfhood and self-expression that the current gender order imposes. While she is radically deconstructionist of gender and biological sex, she is a supporter of trans politics and affirmation.

Some of Butler’s feminist detractors argue that in making the fairly radical argument that biological sex is not a fixed, binary thing, and also supporting trans rights, she must be claiming that gender is “innate” — that we have an internal, psychological sense of gender that we need to discover and reveal, which has nothing to do with biology. But Butler is actually suggesting we radically rethink what we understand as “natural.”

While Butler set out to critique the system of gender that sees bodies as locked into a rigid binary system, gender-critical feminists claim that she “is in flat earth territory when she argues that biology is socially constructed.” Gender-critical feminism developed out of radical feminism, a political movement that emerged in the 1960s and 70s. Radical feminists argue that women constitute a female class (sisterhood) and are oppressed by a male class (patriarchy). Gender-critical feminists are particularly focused on the biological as central to defining women as an oppressed class. The biological should not be subject to sociological and cultural inquiry, they argue, because doing so undermines the struggle for women’s equality.

Some gender-critical feminists also call themselves “gender abolitionists,” suggesting a surface commonality with Butler and feminist sociologists such as Barbara Risman, and trans studies theorists such as Kate Bornstein, who also call for the abolition of gender. The most explicit statement Butler has made on the matter was in Gender Trouble, when she suggested a “new sort of feminist politics… that will take the variable construction of identity as… a political goal.” But while radical feminists stop at the aim of abolishing gendered meanings attached to biology (the categories of which they see as fixed), these other gender theorists argue that it is the underpinning biological binary itself that keeps the myth of two gender categories going. That is, sex roles cannot be abolished while we still have the idea of two biological sexes.

Gender-critical feminists’ emphasis on biology has come to a head around discussions of transgender identity. Time magazine declared the “transgender tipping point” in 2014, but a backlash has come from conservative groups and from feminist groups alike, particularly in the United States and Britain. While some transgender scholars have in fact questioned Butler’s overly deconstructionist approach, gender-critical feminists see Butler’s work as actively challenging simple definitions of “sisterhood.”

Representative of this criticism is the recent use of the term “adult human female” to describe cis-women — women whose gender identity matches the sex that they were assigned at birth — to draw a distinction between those assigned female at birth (who gender-critical feminists claim should be the only subjects of feminism) and those who come to identify as women later in life. The argument is that if we challenge the idea of biological sex too much, we lose the capacity to challenge sexism. But knowing that something is a social construct (like “race”) doesn’t mean we don’t know it has very real social impacts.

Prior to radical feminists using the term “gender critical”, feminists who insisted on the biological basis of sex were (and still are) often described as “Trans Exclusionary Radical Feminists,” or “TERFs.” In response, some radical feminists described themselves as “trans critical,” which eventually morphed into “gender critical.” The debate and the new language of gender-critical feminism herald a conceptual and semantic mess. This has serious policy implications, given that gender-critical feminists claim that their cause is undermined by the gains of transgender rights activists, and that the two groups’ interests are mutually exclusive.

Ultimately, feminists of all conceptual persuasions agree that gender is political and deserves political action. The issue that remains is how to theorise gender — whether we follow Butler, gender-critical radical feminism, or new trans feminist approaches.

Conceptual impasses aside, it should be of great concern that some of the ideas espoused by radical/gender-critical feminists are closely allied with ideas being promoted by the conservative right. While both see Butler and trans activists as a threat, the conservative right is more broadly trying to wind back gains made by feminists and reinstate “family values.” Why would gender-critical feminists ally themselves, however inadvertently, with those who actively, openly and sometimes violently reinforce gender roles, rather than those who wish to interrogate the sex/gender system?

A more generous reading of both the utopian and the pragmatic politics of many gender theorists could reduce the intensity of the reaction among gender-critical feminists. While gender theorists undermine some of the easier conceptual givens of some earlier feminisms, such as the reality of biological sex, they are not denying that we live in a world where binary ideas shape opportunities and expectations. In the words of original radical feminist Shulamith Firestone, “we are talking about radical change. And though indeed it cannot come all at once, radical goals must be kept in sight at all times.”

Lived experiences of gender are much messier than any neat theoretical divisions suggest. Rather than hyper-focusing on trans activists as a problem for feminism, feminists could unite pragmatically on specific issues, such as violence, reproductive rights and harassment, around a common ethos such as the reduction of harm. This would not require complete consensus but would focus on real threats to liberation rather than imagined, abstract ones. •

Hannah McCann is Lecturer in Cultural Studies in the School of Culture and Communication at the University of Melbourne, and tweets at @binarythis. Lucy Nicholas is Senior Lecturer and Coordinator of Sociology at Swinburne University, and tweets at @drloocy. 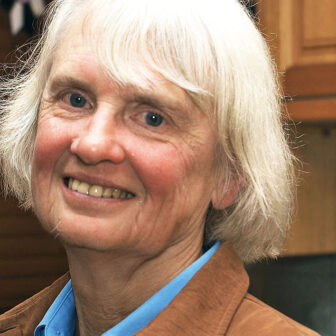 Essays & Reportage What we owe the past, and what we owe the future Tim Oakley 21 October 2022 A former colleague pays tribute to philosopher and Inside Story contributor Janna Thompson 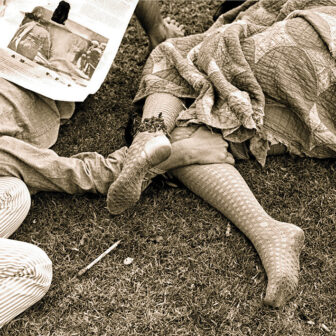