Getting ahead of ourselves

A new OECD report adds to the evidence about why some countries are more “mobile” than others, writes Peter Browne 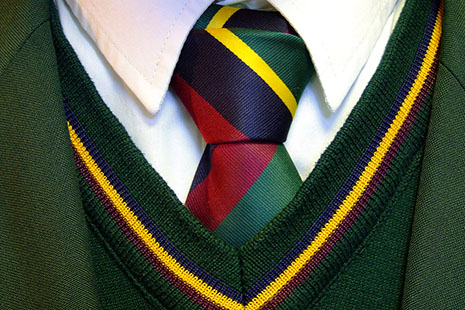 LAST MONTH, after Barack Obama invoked the American Dream at Wakefield High School in Virginia, Inside Story looked at what the statistics show about social mobility in western countries. Although a family’s socioeconomic status inevitably influences children’s prospects, the data revealed the influence to be especially large in France, Italy, Britain and the United States. In Denmark, Norway, Finland and Canada, by contrast, family background plays a much smaller role in determining adult incomes. Australia falls somewhere in between, closer to Denmark than to Britain. But the United States falls squarely in a group of countries that has long been regarded as class-bound and restrictive of social mobility.

Our main source was a report by Anna Cristina d’Addio, a researcher in the OECD’s Directorate for Employment, Labour and Social Affairs. Now, two researchers in the organisation’s Economics Department, Orsetta Causa and Asa Johansson, have released a report that takes account of additional research and analysis. Although they approach the problem from a different perspective, their broad conclusion is very similar to d’Addio’s. The more equal the socioeconomic and educational backgrounds of children in a given country, the greater the degree of social mobility. And that, from an economist’s perspective, is not only fairer but also more efficient.

Causa and Johansson use three main indicators – wages, secondary school achievement and post-secondary education achievement – to compare mobility across countries. Although the rankings are not identical for each indicator, these differences don’t cut across the clear messages coming out of the data.

Causa and Johansson identify education as the key factor. “Across European OECD countries covered by the analysis there is a substantial wage premium associated with growing up in a higher-educated family, whereas there is a penalty with growing up in a less-educated family, even after controlling for a number of individual characteristics.” This relationship is particularly pronounced in southern European countries and in the United Kingdom, Luxembourg and Ireland.

This leads into what seems to me the most interesting of the report’s findings. According to the authors, the evidence suggests that “increasing the social mix within schools may increase performance of disadvantaged students with neutral or in some cases with positive effects on overall performance. Thus, policies aimed at encouraging such mix in neighbourhoods may, therefore, play a role in mitigating inequalities.” This means that policies to encourage students from a range of backgrounds to attend the same schools (the opposite of much government education policy in Australia over the past decade) will not only improve the performance of the least able students without lowering average performance, but could increase the overall performance of a classroom or a school.

Causa and Johansson return to this point in the closing paragraph of their report:

According to these estimates, in countries suffering from high levels of school socioeconomic differences, low-skilled or disadvantaged students would benefit more from interacting with more able or socioeconomically advantaged students, than the latter would lose from interacting with less able students. Moreover, estimates also show that in most OECD countries there is no adverse influence and in some cases also favourable effects of the social mix on average student performance. These results are only suggestive, but they would indicate that there is no trade-off between social mix and overall performance. Hence, implementing measures aimed at reducing school socioeconomic segregation through educational policies, but also through housing policies, could help promote social mobility without hampering and perhaps even improve educational efficiency.

Government policies have added to the problem in some cases, and helped to alleviate it in others, and not necessarily intentionally. Where enrolments in childcare and early childhood education are high, for instance, secondary school test results (this study uses the OECD’s PISA results) show that students are less bound by their socioeconomic background. On the other hand, grouping students into different programs according to their proficiency correlates “with a stronger influence of parental socioeconomic background on teenagers’ cognitive skills” – in other words, with less mobility. Causa and Johansson explain this in more detail:

Systems that start grouping students early in their educational curricula tend to be associated with larger socioeconomic inequalities, with no associated gains in average performance. Results from cross-country regressions confirm these findings, suggesting that the influence of parental background on their offspring’s performance at secondary school tends to be lower in countries where tracking takes place at a later stage and/or where ability grouping within schools occurs to a lesser extent (so called “comprehensive systems”), as compared to countries in which tracking and ability grouping occurs earlier… For example, regression estimates would suggest that moving from a system that separates students into different schools at age ten (as is done in Germany and Austria) to a system that separates students at age sixteen (as is done in half of OECD countries) would reduce the effect of the school’s socioeconomic environment from 77 to 27 PISA score-points.

Separating students into different schools at age ten sounds a bit like the growing Australian trend to separate students into different schools – via the private–public school divide but also increasingly within the public system – at age twelve. Causa and Johansson suggest an alternative: “[A] better matching of school resources with needs, as well as a steeper progression in teachers’ wages over their career, are associated with a lower influence of parental background on students’ achievement, possibly by attracting experienced teachers to disadvantaged areas. Likewise, a larger share of qualified teachers on the school’s staff correlates with lower inequalities transmitted by family background.”

Causa and Johansson also see a role for urban planning and housing. “The presence of residential segregation and large school environmental effects is associated with significant socioeconomic inequalities, presumably leading to higher education and wage persistence across generations,” they write. “Thus, policies aimed at increasing the social mix in neighbourhoods (for instance, by improving housing quality in deprived areas in order to attract middle-class families) could be instrumental for improving social mobility, especially in countries where the influence of the school socioeconomic environment on student performance is relatively large.”

Finally, two more observations that might be causing consternation among the authors’ colleagues in the OECD Economic Department:

More progressive income taxation and higher short-term unemployment benefits are associated with a looser link between parental background and both teenager’s cognitive skills and wages. This may reflect the tendency of well-targeted redistributive and income support policies to lower cross-sectional income inequality and poverty rates.

Labour market institutions that tend to compress wage distributions, such as a higher degree of unionisation and a greater coverage of collective wage agreements, appear to be associated with a looser link between parental educational achievement and children’s wages.

Causa and Johansson are saying that any measure that reduces inequality will make it easier for individuals to break free of the constraints of their backgrounds. It’s an enormous challenge for the United States and another warning for Australia. •