What can past pandemics tell us about the practicality of eliminating Covid-19? 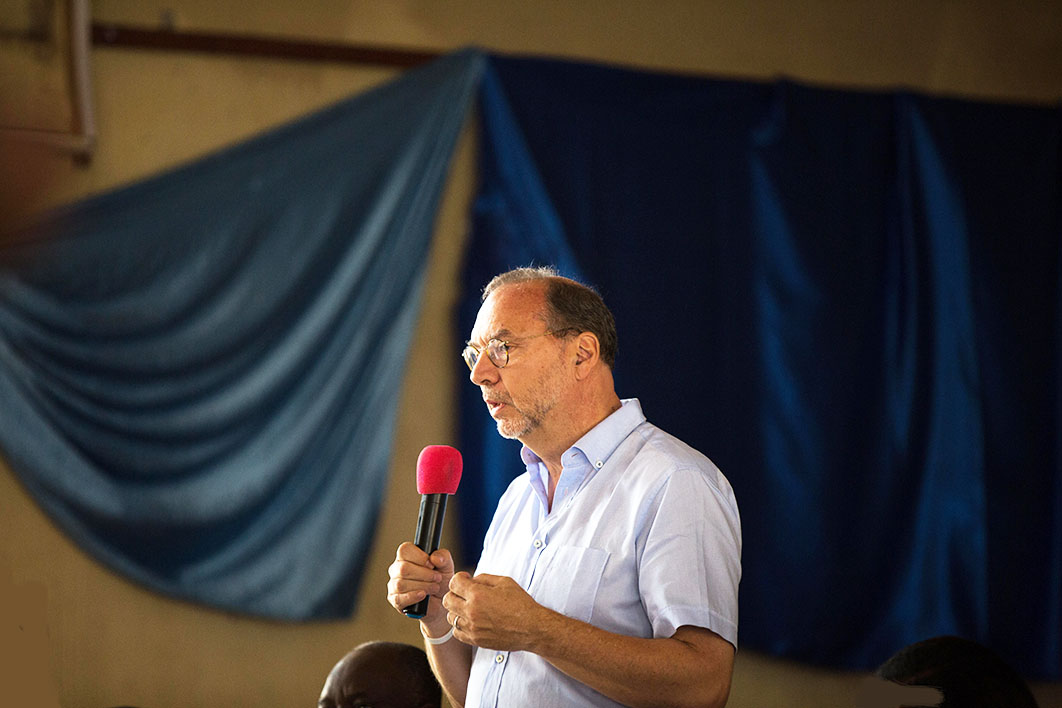 At Mont Pèlerin, perched high above Lac Leman and looking towards the Alps, UNAIDS executive director Peter Piot convened a meeting of the wise and the good in May 2001 to chart the course of the global AIDS response. The purpose was to create a scientific and political consensus in the lead-up to the UN General Assembly’s Special Session on AIDS, the first time the General Assembly had convened such a gathering on a health topic.

Two things stick in my mind from that meeting. One was the call by economist Jeffrey Sachs to imagine what an AIDS response would look like if no resource constraints existed. At the time, estimates of the funds needed to tackle AIDS in low- and middle-income countries diverged wildly — the World Bank thought US$300 million was as much as countries could absorb; the price tag from some activist scientists went as high as US$40 billion. To cut through this fog, Sachs insisted that the first task was to specify what was needed without thinking about the cost, and only then make estimates of the necessary outlays.

The second notable presentation was by leading British epidemiologist Sir Roy Anderson. Epidemics always proceed in waves, he advised, with the first wave peaking as the most susceptible are affected. Thereafter, the overall curve may decline but it is actually made up of innumerable individual waves, as the virus colonises and passes through a new group or territory. The crucial question, therefore, is the steepness of the decline on the other side of the first peak, and how much the curve stays down as the further waves hit.

Fast-forward to December 2010, when UNAIDS introduced a new strategy and a new slogan: getting to zero. It called for zero new HIV infections, zero AIDS-related deaths and zero discrimination. The germ of this idea came from Laurie Garrett, world-renowned oracle of emerging pandemics. Why not put a great big zero on your next report, she suggested to UNAIDS. The slogan struck the right note, and proved very popular at country level. (It sometimes got lost in translation, though: I remember receiving a fancy document holder from a national AIDS authority proudly emblazoned with the message “Getting Zero.”)

The new goal inaugurated a debate about “the end of AIDS” that continues to be controversial, with some people — including Piot, post-UNAIDS — arguing that the goal remains so distant it is misleading to raise the hope. It also focused much closer attention on the concept of disease elimination.

Epidemic management has a hierarchy of terms. At one end is mitigation, when efforts are made to reduce the worst effects of the disease without any hope of modifying its spread. Then there is control or suppression, when the drivers of the disease are sufficiently understood and the capacity exists to manage its spread, slowly bringing the number of new cases under control. Then there is elimination, when the disease is so tightly controlled in a given territory that health authorities can assert with confidence that new cases of the disease are not present. And finally there is eradication, when the virus or pathogen that causes the disease dies out because it has no human hosts — a feat achieved with smallpox and almost with polio. (Getting rid of the last hundred cases takes about as much effort as the previous million.)

Malaria provides a good example of elimination efforts, and island nations have been ideal test cases. In 1867, a few years after the disease was introduced into Mauritius, a virulent epidemic killed one-in-eight islanders. Control efforts and quinine distribution gradually limited its spread, and a major elimination campaign from 1948 to 1951 reduced cases by more than 95 per cent. Eventually, in 1968, the last local case was detected, and WHO certified Mauritius malaria-free in 1973.

But when Cyclone Gervaise devastated the island in 1975, the combination of new mosquito habitats and an influx of reconstruction workers allowed a new malaria epidemic to take hold, peaking in 1982. The elimination effort began all over again, with the last case of indigenous malaria recorded in 1997. Even now, Mauritius maintains constant vigilance, with a multimillion-dollar program of surveillance, incoming passenger screening, and obligations on residents to participate in environmental management.

Eliminating malaria with a combination of vector control, effective treatment and cheap prophylaxis is a doddle compared with the task we face given our current knowledge of Covid-19 (and the fact that no fully effective malaria vaccine exists even after generations of effort gives pause for thought). That history, and the history of other epidemic responses, suggests that health authorities in Australia and New Zealand are right to be cautious about declaring a goal of elimination. They know that even were elimination to be achieved, its cost would be eternal vigilance.

As we have all become aware, public health judgements are exercised in conditions of uncertainty, even after all the expert parameters are taken into account. My gut feeling is that elimination is not achievable in current conditions in Australia, and even as reported new cases sink to zero, patches of undetected transmission will still occur, waiting for the right conditions in which to bloom into a renewed spread.

Seasons look likely to play a part. A Harvard team’s modelling of the post-pandemic spread of Covid-19 draws attention to seasonal dynamics that could affect transmission. Not only do they conclude that social distancing measures will be needed until 2022, they also suggest that recurrent wintertime outbreaks will continue to occur, with the greatest severity when outbreaks are established in autumn/winter. That possibility will no doubt propel Australian authorities to an even more cautious approach as winter approaches the southern states.

Meanwhile, the United States has proposed a robust set of criteria to be applied before phased “comeback” can take place. As well as reductions in symptoms and cases over a fourteen-day period and the capacity to treat all patients routinely, it includes a measure to determine “downward trajectory of positive tests as a percent of total tests within a fourteen-day period (flat or increasing volume of tests).” This metric cleverly gets around the incentive to reduce case detection as a means of decreasing the apparent size of the epidemic.

However robust, these criteria may be moot if civil disobedience becomes the main modality of epidemic coping. What may emerge instead is a de facto natural experiment. It will provide rich material for retrospective analysis but no comfort at all to those whose loved ones are lost.

Civil disobedience goes hand in hand with the negative spiral of blame shifting, which means that phylogenetics might be taking over from epidemic modelling as the next fad in armchair science. You can pick Nextstrain.org or choose Cambridge, with very different conclusions. While phylogenetics provides interesting insights into disease origins, it isn’t much use in responding to a pandemic as it is unfolding.

We know that perfect hindsight is no superpower in an epidemic. The first AIDS bestseller, Randy Shilts’s 1986 book, And the Band Played On, included a breathless account of Gaëtan Dugas, labelled as AIDS’s “patient zero.” Shilts garnered plaudits for his robust account of US government indifference and infighting, but even at the time his search for patient zero was questioned. That part of the book holds up even less well now that we know that the origins located at the time were way off track and provided no help in ramping up the AIDS response in the United States and globally.

Much more pertinent is close attention to the spread’s shifting dynamics alongside likely types of treatment. Here, one of the past week’s more interesting papers on the clinical management of Covid-19 suggested that a “disease tolerance” perspective was needed: “Instead of asking ‘how do we fight infections?’ we might start asking ‘how do we survive infections?’” Rather than targeting the pathogen, this perspective changes to ways of limiting damage to the host.

As Susan Sontag cautioned, rendering diseases in terms of metaphor is always dubious. But bearing this caution in mind, it is not far-fetched to say that our focus really needs to be on how we survive this pandemic in the weeks ahead, rather than on rehashing the steps that led us to where we are now.

“If we only knew then what we know now” is a forlorn cry. Back in 2001, if the world had known how much of the AIDS epidemic was still to come, there would have been no hesitation in adopting Jeffrey Sachs’s resource-unconstrained response. Let’s not make the same mistake today. •

A second selection of the best locked-down television 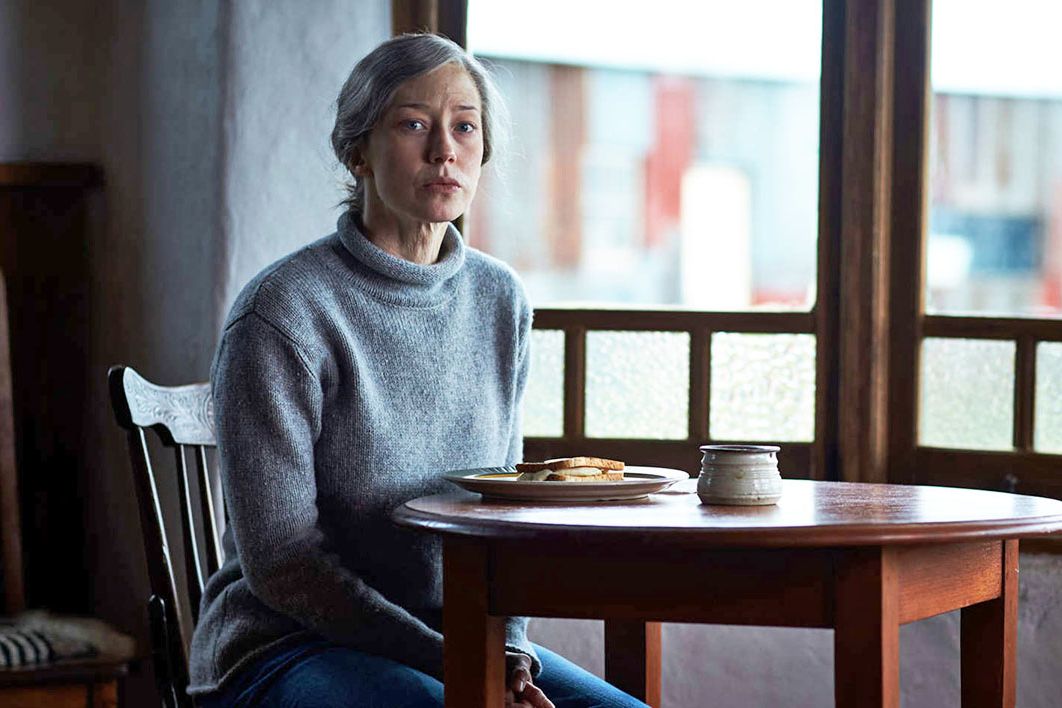