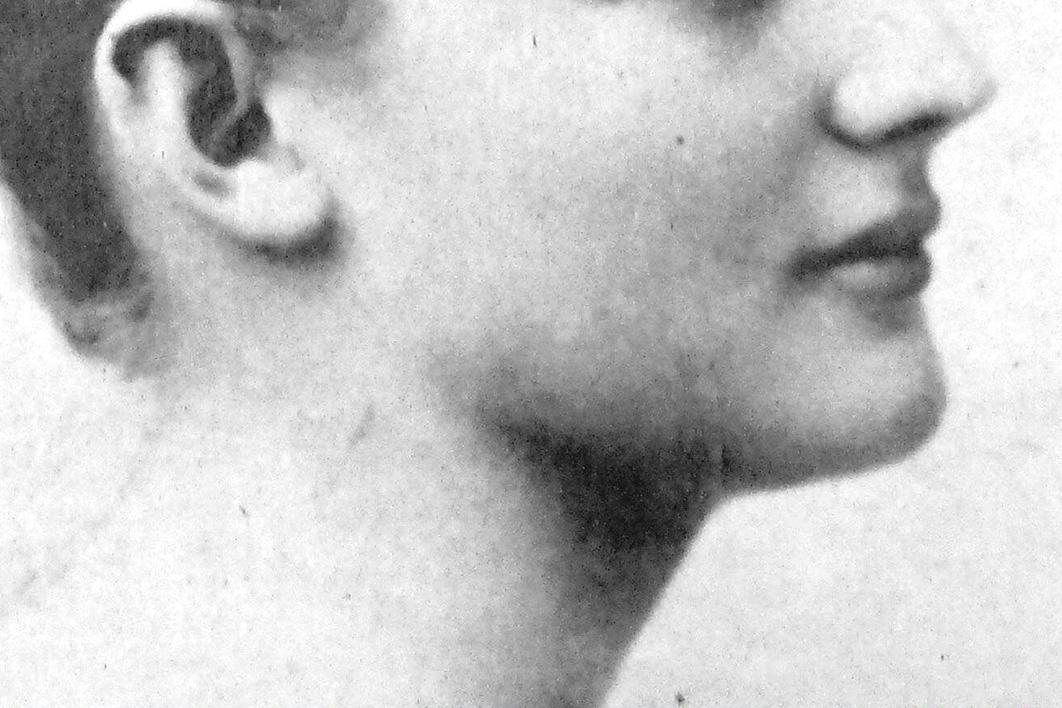 Jessica White was nearly four years old when a bout of meningitis left her almost completely deaf. She came from a proud family, with artists and intellectuals — and not just a famous distant cousin, Patrick — among them. Her family’s response to Jessica’s disability was to make every effort to help her participate in the world as well as any hearing child.

The family saw sign language as a form of exclusion from mainstream life, an admission of weakness and defeat, and so Jessica kept away from it. Her childhood was one of speech therapists, lip-reading, support teachers and hearing aids. As a child, she even managed to come second in the elocution section of the local eisteddfod. “The deaf part of myself had been ghosted,” she writes, “to the point where no one knew that I was deaf until I told them, to the point where I barely even knew it myself.”

I have heard White speak at conferences and can vouch for the skill with which she covers her disability. But the decision to avoid appearing disabled, well-meaning though it may have been, consigned her to a solitary life — a life of learning and intellectual achievement, a life of books and writing rather than of social connection. In Hearing Maud she explains how great the price of “passing” has been. She details the immense energy needed to lip-read and the effort to modulate her voice to an acceptable level without any certain knowledge of how it sounds. Her family’s, and her own, resolve has brought exhaustion and a degree of misery.

Yet this is not a memoir of the trials of one deaf woman — or it is not only that. It details the implications of such a decision not just for White but also for a counterpart a hundred years ago.

In the course of White’s research in Australian literature she discovered that Rosa Praed, the Australian novelist who spent much of her life in Britain, had a daughter, Maud, who also became deaf as an infant. Born in 1871, Maud spent the earliest years of her life with Rosa on Queensland’s remote Curtis Island, where no medical help was available when she suffered an ear infection and other childhood diseases. Her parents realised that she had become deaf when she, too, was four years old.

White’s research into Maud’s life provides her with a comparison point for attitudes to deafness over a hundred years. It gives an objectivity to this memoir that leads the reader away from White’s personal life to a meditation on the place of the deaf in a society that can’t see their difficulty and expects them to behave like everyone else.

Maud’s father, Campbell Praed, didn’t have the application to succeed as a grazier in Queensland or as a brewer in Northamptonshire. But his prosperous background meant that the family was able to live a comfortable life in England during Maud’s early years. Rosa’s biographer, Patricia Clarke, believes that Maud was fortunate to live there at a time when the education of the deaf was taken seriously, but White isn’t so sure. Maud was sent to board at Benjamin St John Ackers’s school in Ealing, where the German “oralism” method was used to drill lip-reading and speech into deaf children, and sign language was dismissed as primitive. Ackers believed that this approach would provide his pupils with lifelong communication skills, but White has unearthed an account by a sympathetic clergyman who visited Ackers’s own deaf daughter later in her life, living silently alone and losing her oral skills.

At home, Maud was taught drawing and shared her family’s social life. But by the time she was twenty-one her eighteen-year-old brother, Bulkley, was finding her a social embarrassment, advising his father after a party that “it is an awful mistake letting her go to these things at all.” For a few years, she had a close relationship with her mother, travelling back to Australia and to Japan with her in 1894 and recording her impressions in a series of illustrations that show she had artistic talent.

That changed a few years later, when Rosa met the spiritualist Nancy Harward and quickly developed an infatuation. Maud was left at home while the pair travelled on the Continent. She seems to have had a breakdown after her father’s death in 1901 and spent the rest of her long life in asylums. White finds several of her letters begging to be brought home, but accounts by her rare visitors indicate a growing paranoia, no doubt exacerbated by deafness and her inability to communicate with those around her.

Rosa Praed’s life had been almost as extraordinary as the sensational romantic novels that kept her at the centre of literary and social life in London. She grew up in pioneering Queensland with a politician father who participated in the retributive massacres of Aboriginal people after the attack on the Hornet Bank station. In Britain, she knew figures like Oscar Wilde and Arthur Conan Doyle and mixed with the Blavatsky spiritualist set. But she shared the eugenic views of the time about racial hierarchy, which also regarded the non-speaking deaf as lower forms of humanity. With her three sons having died before her — Humphrey in a car accident in California, Geoffrey after an attack by a rhinoceros in Rhodesia, and the depressive Bulkley by suicide — there was no one to rescue her daughter Maud.

Hearing Maud shifts back and forth between White’s and Maud’s lives, digressing when the historical story suggests an experience of White’s own, then returning to the task of research. White tells us about her own struggles to find love and a place in the world. Her accounts of loneliness and depression in wintry London will strike a chord with many Australian readers — think how much bleaker it would be without occasional jokes with a garrulous Kiwi or Irishman. She shows remarkable courage and determination in finding satisfying relationships. Eventually, she learnt sign language and, at last, began to participate easily in a social community. She has not embraced Deaf culture but is content to have “come out” as deaf.

For a reader ignorant of deaf life, this book is a revelation and a salutary lesson in understanding that invisible disability. Apparently, “You don’t look deaf!” is a comment frequently directed at deaf people. Given that so many friends and relatives experience deafness with age, it is too easy to dismiss it as a social inconvenience. Sign language offers another mystery to most of us, though I recall an episode of ABC TV’s Employable Me in which a bright young man with Tourette syndrome found regular social meetings with a group of signers the one place he could relax. Perhaps sign language should be a regular part of everyone’s education.

Hearing Maud is a memoir rather than a technical study of deafness and desirable methods of education. White is a novelist and her account sometimes reflects on small incidents or shifts quickly from one idea to another. It leaves behind many questions about our dependence on speech and the judgements we make of each other on the basis of the sounds we produce. As people walk the streets talking into their mobile phones or texting their every move to friends, the evidence that we rely on communication to reinforce our sense of self appears more overwhelming than ever.

Indeed, it seems an obsession. Speech clearly takes priority in our society, but written language in English functions as a record of that speech. Can sign language have a literature? White enjoys the physical expressiveness of sign language, but I would like to know more about how it changes perception and the nature of communication.

Certainly, White’s life of reading and writing seems intellectually deeper than that of the people yakking on their phones. It also means that this book is quietly introverted, observing the small details of the physical world rather than social interactions. It is a voice calling out from that silent world to remind us how important expressive social communication is to mental health and happiness. •

Has Trumpism taken hold among US-aligned countries in East Asia? 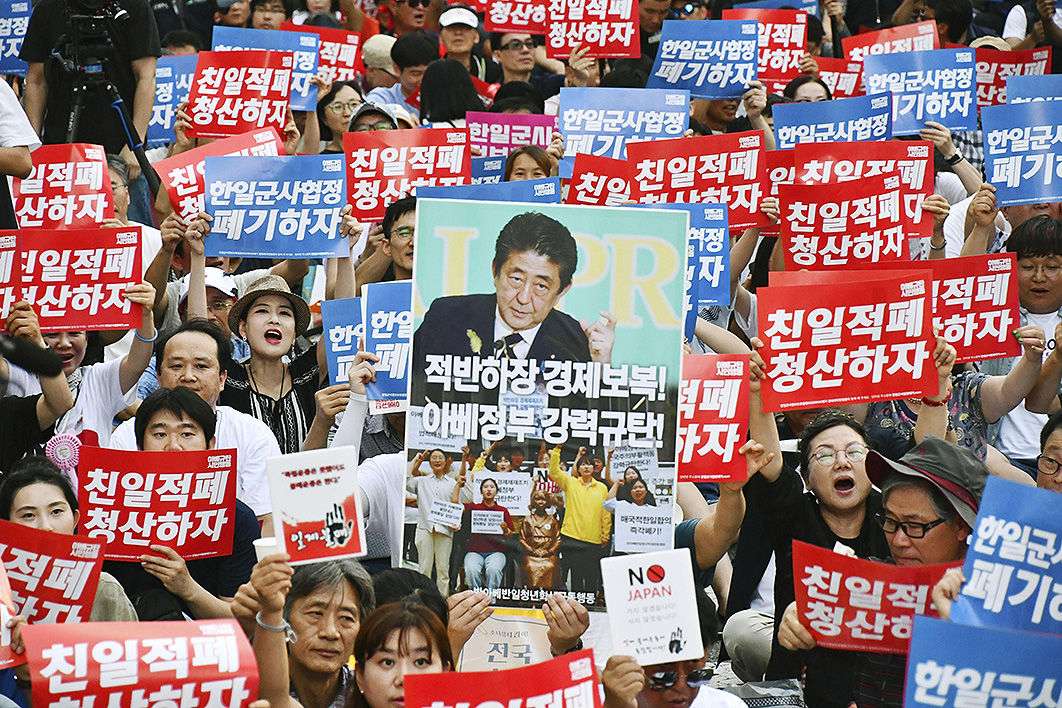