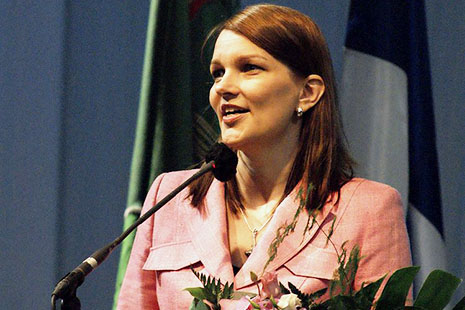 “NATION wakes to a new dawn” was one of the headlines late last week suggesting that Australia had entered a new era when Julia Gillard became prime minister. But some commentators were quick to assure us of the opposite: that having a woman as PM means that gender is irrelevant in Australian politics and that women are already well-represented in political leadership roles.

So which is it? To begin with, we need to be clear about what’s being compared with what. The lists of “women leaders” used in media coverage over the past few days appear to come from American sources that treat anyone who is called “president” as if they are an executive president and head of government as well as a head of state. The Sydney Morning Herald, for example, published a graphic showing eighteen current “women leaders around the world,” which included the presidents of Finland, India, Ireland and Lithuania. All of these countries operate under systems in which the prime minister, not the president, is head of government, even though the president is directly or indirectly elected.

The Herald ’s chart also included the president of Switzerland, which constitutionally has neither a head of state nor a head of government. The position of president rotates annually among members of the Swiss Federal Council (who constitute a collective head of state), and carries no additional powers.

So Julia Gillard is one of a smaller group of women who actually are heads of government. The most prominent of these, Angela Merkel, is in her second term as German chancellor. Finland also has a woman prime minister, elected by parliament just two days before Gillard’s ascension. Like her Australian counterpart, Mari Kiviniemi was sworn in by a woman head of state, in this case President Tarja Halonen. As with Gillard, Kiviniemi’s mission was to rescue a government in trouble.

But there the similarities end. In the Finnish case the troubles include a two-year campaign-funding scandal, an economy in recession, and revelations about the former prime minister’s private life. (A recent book, The Prime Minister’s Bride, included steamy scenes in the sauna – the sort of thing we’ve fortunately been spared in Australia.) While Australia was the first country to give women the right to stand as well as to vote for the national parliament, Finland was the second. And Finland immediately elected nineteen women to its parliament (in 1907) while Australia had essentially given women the right to stand but not to sit. It was not until 1943 that the first women took their seats in Australia’s national parliament.

In line with Finland’s longer tradition of women in parliament, Kiviniemi is Finland’s second woman prime minister. And her cabinet, like her male predecessor’s, has a majority of women. In contrast, only a fifth of the members of Gillard’s cabinet (four out of nineteen) are women.

Finland is not the only country Australia is lagging behind. Women make up a majority of cabinet members in Spain, for example, and about half in Norway and Sweden, 37 per cent in Germany, and a third in New Zealand and France. It would be easy to assume that higher proportions of women in cabinet simply reflect a greater presence of women in parliament, and indeed 40 per cent of Finnish parliamentarians and 33 per cent of members of the German Bundestag are women. But in both cases women are “over-represented” in cabinet relative to their presence in parliament.

In Australia women make up 30 per cent of the federal parliament. Instead of being over-represented in cabinet, however, they are under-represented. And if we look at the actual pool from which cabinet ministers are drawn – the government benches – then women are even more under-represented. Women make up 36 per cent of the Federal Parliamentary Labor Party (caucus), but only 21 per cent of cabinet. Nor is it the case that women in caucus are disproportionately newcomers and hence less eligible for front-bench appointments; in fact, the 2007 election saw a slight drop in the proportion of women in Caucus.

While Australia might stand out because women are under-represented in cabinet, the gender stereotyping of portfolios is similar the world over. In Mari Kiviniemi’s cabinet, men hold all of the economic portfolios as well as foreign affairs and defence, and this is also true of the cabinets of Angela Merkel and Julia Gillard.

Does this gender typecasting of portfolios matter? Holding “social” or “nurturing” portfolios clearly doesn’t prevent women from rising to leadership positions. What it does do, in times of public sector cutbacks, is hand women the responsibility for making the painful cuts that will disproportionately affect women in the community. A well-known example was Harriet Harman’s being given responsibility for cutting sole-parent benefits within the Blair government in Britain.

Women continue to be disproportionately dependent on the welfare state for employment, services and income support. So gender does continue to be an issue in government, both for policymakers and policy takers. It is central to matters such as the undervaluing of work in childcare and other community services and the current equal pay test case for community sector workers. So it is fortunate that industrial relations is the forte of Australia’s new prime minister. The fact that she is a woman may well be of substantive as well as symbolic importance, at least in this policy arena. •

Marian Sawer is Adjunct Professor in the School of Political Science and International Relations at ANU.

“If you can reach that point of almost nonchalance in playing, that’s a different level of creativity again” 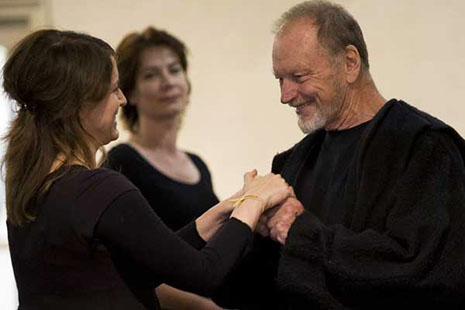