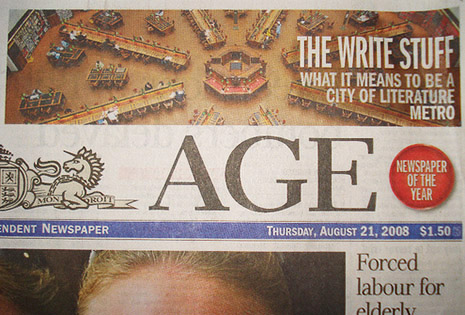 The Age’s coverage of the City of Literature announcement. Peter Renshaw

THE VICTORIAN government has invested considerable effort in securing the UNESCO designation, City of Literature, for Melbourne. Infrastructure and staff are now being assembled to help the city match the title with reality. A new literary hub, the Wheeler Centre, has been established in a renovated wing of the State Library of Victoria on the fringes of the city’s university precinct, which contains RMIT University and the University of Melbourne. Other resident literary organisations – including the Melbourne Writers Festival – are moving in.

Cultural observers remember how tough it has been for the Australian Centre for the Moving Image, based more centrally at Federation Square, to capture the popular imagination and loyalty. At the Wheeler Centre, the two people facing the challenge of meshing their vision and funding clout with the existing literary and cultural life of Melbourne are director, Chrissy Sharp, and head of programming, Michael Williams. They told Peter Clarke about their plans. 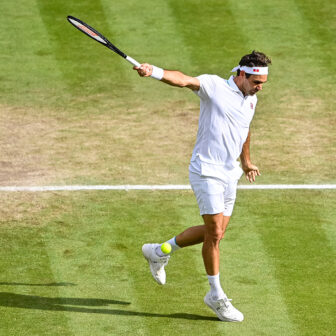 Books & Arts On quitting Jock Given 5 September 2022 Does bowing out involve a kind of “self-discipline normally associated with persistence”?