China is looking to its west for trade in goods, services and ideas, writes Kerry Brown, and cities like Xi’an could become the new Shanghais 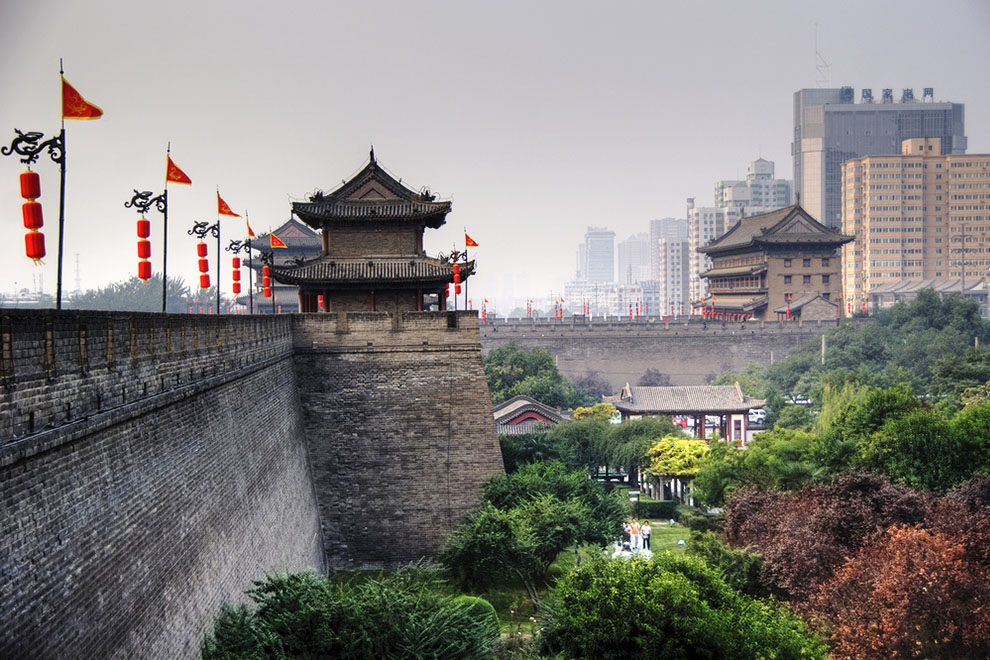 Around the turn of the century, the Chinese government announced one of its more eye-catching initiatives, the Great Opening of the West policy, a series of preferential investment, development and trade measures for eleven of China’s western provinces. (It was originally ten, but Inner Mongolia, in the northern border area, successfully demanded to be included as it was the only Autonomous Region left out of the original group.)

The philosophy of the Great Opening was simple. The Reform and Opening process that began in 1978 had succeeded in creating wealth and development in the eastern coastal regions of the country, and to some extent the central provinces had enjoyed flow-on benefits. But the vast western regions, including the Tibetan Plateau and the Xinjiang central Asia region, still suffered from inefficient transport, a lack of educational infrastructure, brain drain, poorer governance and sub-optimal developmental conditions. Opening of the West was focused on doing something about this.

About a year after the policy was announced at a series of grand meetings in Beijing, I remember spending a winter week travelling through four of the regions. Qinghai, with a mere five million people, was icy cold and looked much like it must have during the previous three decades – Soviet-style boulevards in the capital, Xining, harshly angular and plain public buildings, and the streets largely dominated by cycles. Ningxia, geographically tiny, followed the same pattern; one of the ancient burial sites near its main city, Yinchuan, served as a tourist site with just a battered fence and a scratchy explanatory sign in Chinese. Gansu was at least in the throes of putting up a grand new airport in the provincial capital, Lanzhou; the officials of the local investment and trade bureau, who were my hosts, were so glad of a visitor from Beijing that they arranged a small accompanying party for the two days I spent there.

Then, late one night, I took a small plane down to Xi’an. Capital of Shaanxi province, the city stood at the self-proclaimed centre of the whole western region, even though Chengdu further in the south also claimed this distinction. Still haunted by its period of imperial splendour centuries before, when it had served as the seat of power for the Qin, Han and Tang dynasties, Xi’an is so rich in archaeological treasures that the airport serving the city had to be located almost an hour and a half away to avoid disturbing various priceless treasures still hidden under the earth.

Despite this history, Xi’an typified the problems of the western region. Its officials were regarded as corrupt and complacent, its infrastructure (apart from the airport) was poor, and its environment polluted. Although it was home to some of China’s finest universities, most of its best graduates left as soon as they could to pursue better opportunities in Beijing, Shanghai, Hong Kong or abroad. Modest investments in the city came from companies including Rolls Royce and Boeing, but they seemed to have hardly developed from the time of their establishment decades before. Echoing Charles de Gaulle’s caustic comment about Brazil, Xi’an had a lot of potential, and always would have.

The city hosted a vast conference celebrating the Great Opening of the West in 2001, but it was pushed from the front pages of even the Chinese newspapers by the more attention-grabbing news that China was about to join the World Trade Organization. When I made return visits over the years I saw more new roads, hotels and science zones, but despite Xi’an’s eight million people and increasing fame, the city never seemed to rank as global trade or finance hubs in the way Shenzhen or Guangzhou did.

Until now, that is. With last year’s announcement of China’s New Silk Road initiative by Chinese president Xi Jinping, the ancient city of Chang’an (Xi’an’s name in dynastic times), the historic starting place of the Silk Road, was suddenly back in the news. The logic of Xi’s statement was that China, having concentrated on its great sea-trading routes, and on its eastern regions linked to developed markets like Japan and the United States, can now shift attention to countries to its west. It can focus on the land borders that historically were so important to its stability as an evolving state and were its main source of material wealth for large stretches of history. Along the various Silk Road belts ran the merchandise, imports and exports that made the great Tang dynasty, a millennium ago, one of the world’s most splendid, open and wealthy. This was not just about physical openness, either: these were the routes along which ideas were carried, among them Buddhism, which was to have such a profound effect on China’s culture and worldview.

A modern western route for ideas and trade has powerful strategic logic. Wang Jisi, one of the key relations thinkers in China in recent years, has talked of the need for the country to develop its western region capacity and its network of partners there. American scholar Robert Ross argued over a decade ago that, historically, China has been a far stronger land power than a sea-based one; its brief adventures in maritime glory five centuries ago under admiral Zheng He were stopped by imperial edict because they were regarded as costly and of little real value.

Looking back to the land routes has added urgency because Xi’s government is trying to diversify away from the vulnerability of its sea routes, which carry most of its imported oil and gas. Everyone knows that the Malacca Straits are like a windpipe for China – a body of water through which most of its economic air and nutrients flow. But the bottom line for China is that the world’s key waterways are still overwhelmingly policed by the mighty US navy, and there is little sign of this changing any time soon.

A Beijing-based Chinese official I spoke to recently highlighted how important the New Silk Road policy is. The simple fact is that while the Opening of the West policy did allow wealthier coastal provinces to assist in the economic development of their western counterparts, it is no longer enough. Even on the coast, growth is stalling, maintaining momentum is challenging, and sticking to a charitable relationship with the west of the country is an expensive luxury. The central government, too, can see that pouring in more money only goes so far. After all this infrastructure is built, who are the western beneficiaries going to do business with?

With these challenges in mind, the New Silk Road – along with the Chinese leadership’s super-proactive diplomacy in India, Pakistan, Russia and Central Asia – starts to make sense. Western China is right next to the emerging opportunities of India. It has great potential as a land supply route for goods and energy from the Middle East and Eastern Europe. And the more these opportunities are developed, the more stable and secure, in theory, are the western regions.

At the moment, the attention of much of the outside world is largely absorbed by China’s actions along its maritime border areas in the South and East China Seas. In some ways, though, these have far less long-term meaning than the geopolitical shift China is making towards its western land borders and the opportunities that lie beyond then. Through investment, diplomacy, and free-trade protocols, it is building up an extraordinary network in a region that has historically been the zone for European, Russian or American involvement.

This “pivot” by China echoes the United States’s shift from its interests in Europe and the Middle East towards its Pacific realm. Oddly enough, for both China and the United States, as we go into the twenty-first century, the core opportunities and challenges are not in their east, but in their west. In that one area alone, they show remarkably similar behaviour. •

Kerry Brown is Director of the China Research Centre at the University of Sydney. His latest book, What’s Wrong with Diplomacy? The Future of Diplomacy and the Case of China and the UK, is published this month by Penguin.