Gustav Klimt and the end of the Habsburg Empire

How is Austria marking the centenary of the end of the empire? 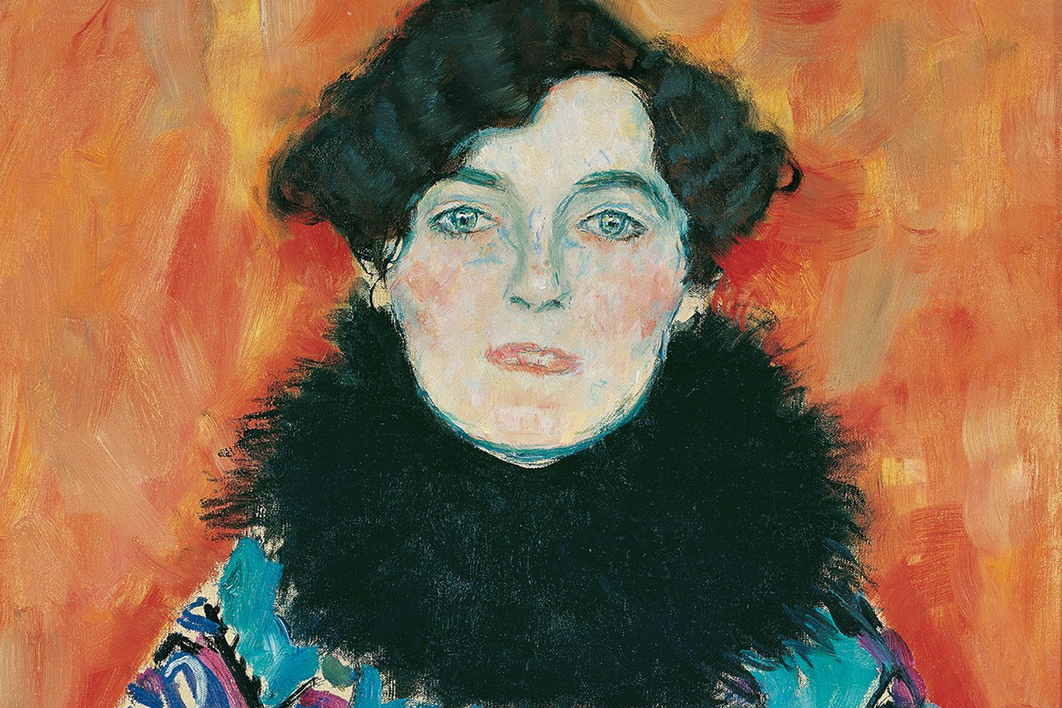 The Austro-Hungarian Empire’s role in the first world war was already over by 11 November 1918. During the previous month its forces on the last front, in Italy, had collapsed as units deserted to protect their national constituencies in Hungary and the soon-to-be-created Czechoslovakia and Yugoslavia. The armistice of Villa Giusti was signed on 3 November; the “winner” was none of the original combatants but rather the collection of states that replaced the empire as it fell apart.

Further east, the Ottoman Empire — recently an ally but for centuries a challenger of Habsburg authority in central Europe — had also collapsed, not without help from the Australian Light Horse. Like its Habsburg counterpart, it broke into several new political entities, with consequences that are still playing out today.

On the day of the armistice between the Western powers and Germany, the last Habsburg emperor, Karl I, Emperor of Austria, King of Hungary and King of Bohemia, among many titles, “renounce[d] all part in conducting the business of the State.” Suddenly, a dynastic empire that had dominated much of central and eastern Europe for 600 years was no more. Karl was exiled to Switzerland in 1919, from where he made two failed attempts to reclaim the Hungarian crown before being sent by the Allies to Madeira, where he died soon after, aged thirty-five.

The collapse of empires is invariably accompanied by calamities: the sack of Rome, the partition of India, the routing of the French at Dien Bien Phu, the chaos in the former Soviet Union. In this case, Hungary was invaded by Romania and lost large amounts of territory, including the homeland of the ethnic Hungarian population of Transylvania. Bratislava, which had been the Hungarian capital when Hungary was largely occupied by the Ottomans, became part of Czechoslovakia; Polish and Ukrainian armies battled over Galicia and its very Habsburgian capital, Lviv. A brief and brutal communist regime appeared in Hungary in 1919. Despite efforts to assure minority rights and prevent “unmixing,” large numbers of displaced people were on the move.

The day after Karl’s renunciation, the rump of the German-speaking population declared the creation of the German-Austrian Republic, covering just over a tenth of the prewar population of the empire and an eighth of its territory. The German-speaking majority in South Tyrol went to Italy; fresh borders with Yugoslavia were decided by plebiscites; and the new country was cutting off from its food basket, Hungary, its industrial heartlands in Bohemia and Silesia, and its access to the sea at Trieste. Where once South Slav, North Slav and German settlements chequered the Danubian plains, many now found themselves as minorities in foreign countries. The large German-speaking populations in Silesia and the Czech lands fell outside the new borders, sowing the seeds for crises twenty years later.

In those days, Vienna had a population of two million, greater than today. It was an imperial capital of palaces, museums and theatres, with a massive bureaucracy but no emperor and no empire. Today’s telephone book still shows how cosmopolitan the city had become. After the traumas of loss of international reach, and after partnering in another monstrous imperial fantasy, the city has recovered to again be perhaps the most liveable city in the world.

But today all is not well in Austria. Since elections last year the country has been led by a coalition of conservatives and the extreme right under the charismatic young conservative leader, Sebastian Kurz. Over the past sixty years Austria has been generous to waves of refugees from Soviet dominated Eastern Europe, the collapse of Yugoslavia, and the conflicts in the Middle East. But there is growing concern that the numbers are unsustainable. Media discusses the “Australian solution.” Tapping anti-immigrant populism, Austria now increasingly aligns with those challenging European integration and promoting identity checks within the once virtually borderless Schengen community.

Having once lived in Vienna for several years, this northern summer I visited with a particular goal in mind: to find out how Austria was marking the centenary of the end of the empire. I went armed with a copy of Australian scholar Tim Bonyhady’s Good Living Street, a richly perceptive account of the fortunes of his Viennese family, the Gallias, through the war and the collapse of the empire, in Vienna and then, after they were driven out by the Nazi regime, in Australia.

Wohllebengasse (Good Living Street) is much as it was when the Gallias built their handsome five-storey apartment block there in 1912. Just up the street is the Belvedere Palace, which in 1903 was turned into the home of the Moderne Galerie, an imperial institution celebrating Austria’s turn-of-the-century artistic explosion. Still prominently displayed is the painting donated “anonymously” by the Gallia family, Giovanni Segantini’s haunting The Evil Mothers. With that donation, the Gallia family’s standing in Vienna’s cultural circles was sealed, and an imperial title followed.

My search for reflections on the end of the empire was not fruitful. Although some have identified a new surge of interest in the Habsburg experience, Austria seems far more comfortable with the cultural dimension, preferring to leave the still-sensitive social and geopolitical issues to others. The focus is neither the end of the Great War nor the lessons to be learned from the empire; rather, it is the centenary of the deaths of the artist Gustav Klimt, the designer Koloman Moser, the architect Otto Wagner, and Klimt’s protégé Egon Schiele, the latter from the 1918 war-related Spanish flu that killed as many as the war itself.

The Belvedere’s summer exhibition was Klimt ist nicht das Ende (“Klimt is not the end” — or, as the museum rather less pointedly translated it, “Beyond Klimt”), continuing its exploitation of the Klimt mania that has grown wildly since the 1960s. In fact, the Belvedere has turned The Kiss into a rock star of art.

Also unable to resist the temptation is the once staid imperial Kunsthistorisches Museum, or Art History Museum. In 1890, Klimt was commissioned to produce paintings for the museum’s imposing central dome, and this year a Stairway to Klimt has been built to allow the visitor to come eye to eye with those works. It doesn’t end there: to boost interest in little-visited parts of the museum, Klimt’s Nuda Veritas now adorns the Greek and Roman gallery!

It is a similar story at the nearby and richly endowed Leopold Museum, where the lead exhibition is Gustav Klimt: Artist of the Century, and at the once quiet Café Griensteidl, which has become Café Klimt. But when I came across Klimt’s grave while looking for the Gallia family crypt in the Hietzing Cemetery, it was remarkably modest for such a flamboyant cultural icon.

While Habsburg rule was relatively enlightened and tolerant during the nineteenth century, dissent and reaction mounted in the lead-up to war. Faced with the stresses of fighting on four fronts, the centre could not hold: the empire ran aground on its inability to resolve the “nationalities question.” Emperor Karl sought to satisfy the tenth of the fourteen points advanced by US president Woodrow Wilson to guarantee postwar peace and justice. “The peoples of Austria-Hungary,” it read, “whose place among the nations we wish to see safeguarded and assured, should be accorded the freest opportunity to autonomous development.” By mid 1918, though, Wilson and the Allies had been persuaded that nothing short of full sovereignty would allow that autonomous development.

Yet the empire might offer lessons for current efforts to protect multinational institutions in Europe. Its armed forces were genuinely multinational, not unlike NATO; the population’s spiritual needs were tended to by chaplains, rabbis and imams. In attempting to forge a multinational “commonwealth,” Europe is again buffeted by nationality issues — the most spectacular of which is Brexit — especially in countries once part of the Habsburg Empire, which are railing against the loss of autonomy, the inefficiencies of bloated bureaucracies and the challenge of refugee flows. Austria and others should be looking beyond Klimt to understand what allowed the Habsburgs to rule so long, and how the European Union can avoid a similar disintegration. •

John Tilemann is a former Australian diplomat and international civil servant. He is Research Director of the Asia-Pacific Leadership Network for Nuclear Non-Proliferation and Disarmament, based at the Australian National University.

Would the real Malcolm Turnbull please stand up?

As a politician, the former prime minister remains an enigma that Q&A couldn’t crack 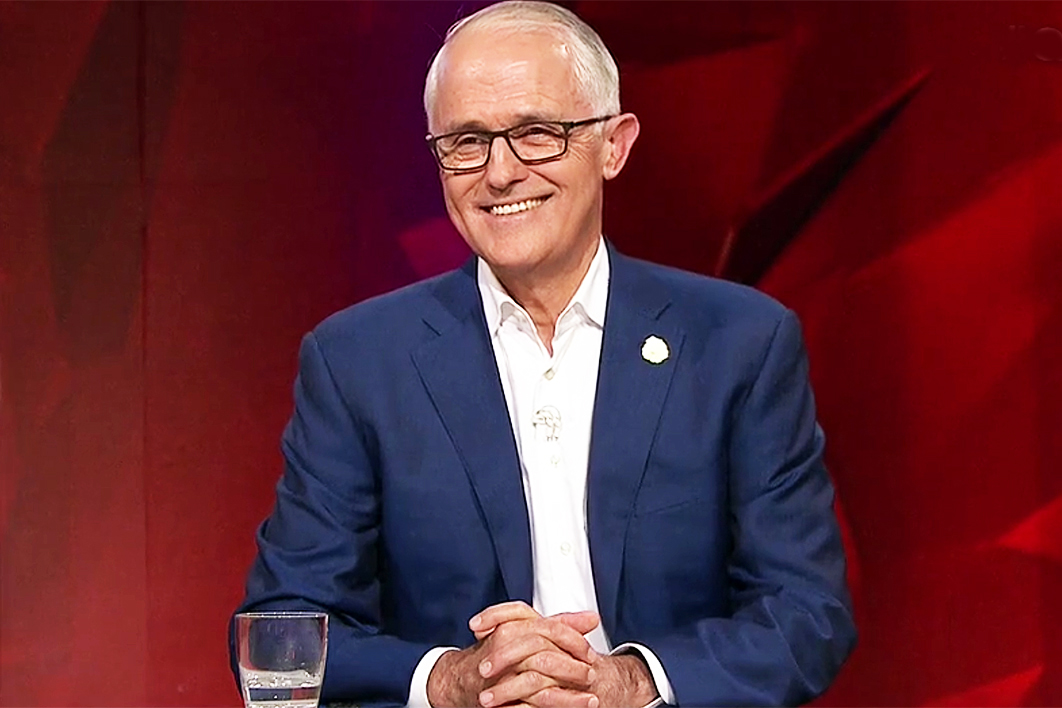