Is this the secret of successful slowing?

Books | Declining growth is inevitable in a maturing economy, according to economist Dietrich Vollrath 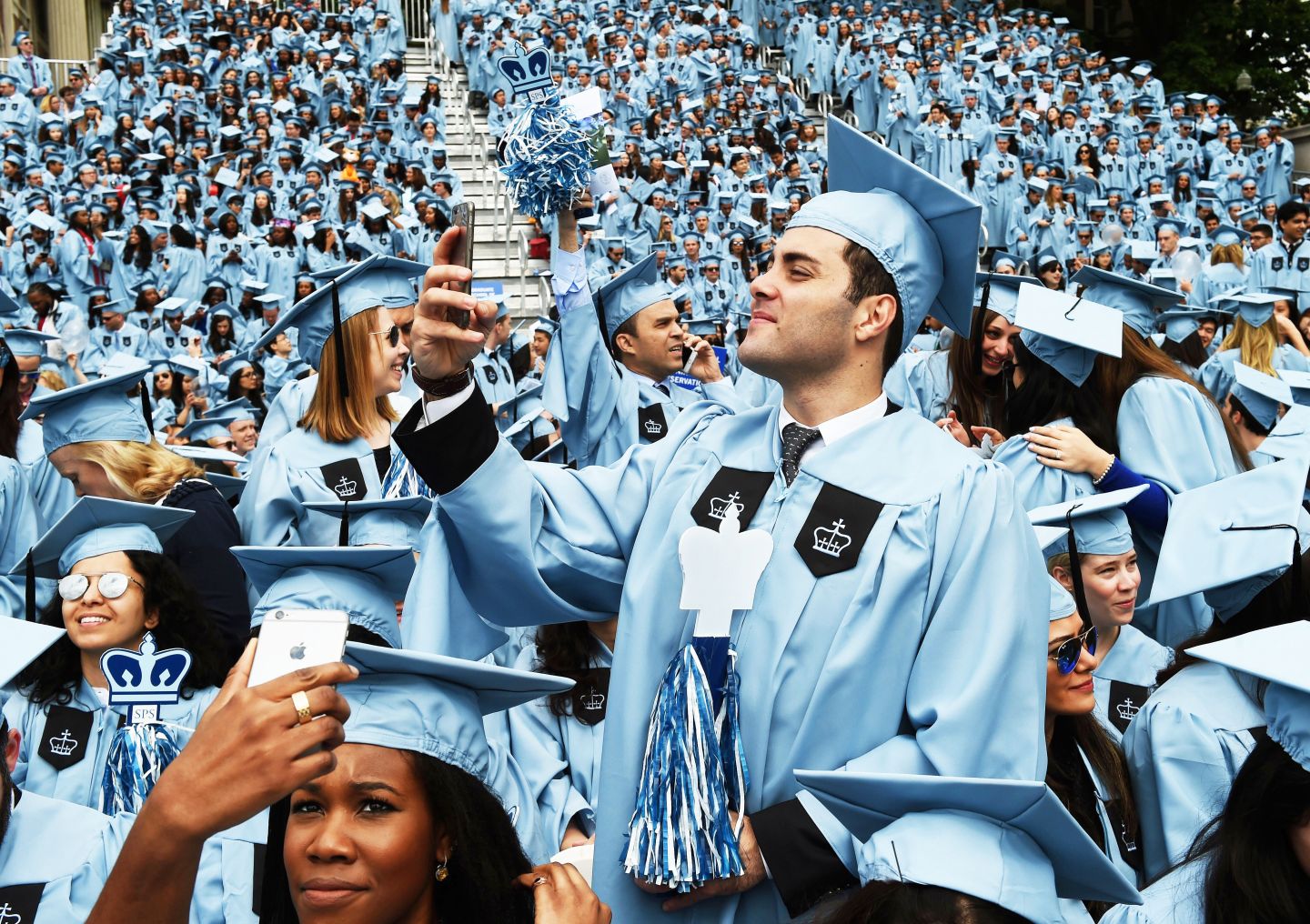 Economic success increases the importance of service sectors, like education, where productivity is growing more slowly. Timothy A. Clary/AFP via Getty Images

Full Grown: Why a Stagnant Economy Is a Sign of Success
By Dietrich Vollrath | University of Chicago Press | $67.99 | 296 pages

From the title of his stimulating book, Fully Grown, one might expect University of Houston economist Dietrich Vollrath to argue that Americans have all the stuff they need, an idea also prompted by his subtitle. But Vollrath’s argument is actually more subtle, more interesting and more useful.

It amounts to a case that the growth slowdown in the US economy in recent years, and perhaps the slowdown in other advanced economies like Australia’s, reflects a slowdown not in demand but in supply. Specifically, a slowdown in the growth of labour and capital, and a parallel slowdown in productivity growth. Vollrath argues these slowdowns are pretty well inevitable and arise from success, not failure. If he is right then it doesn’t matter much what central banks or governments did or didn’t do because the slowdown would have happened anyway.

His case can be summed up in a few straightforward propositions.

The first is that output per head in America has grown more slowly on average in the twenty-first century, compared with the preceding twenty years.

The second is that a surprisingly large share of the slowdown is due to a slowdown in the growth of the quantity and quality of the workforce, or “human capital.”

The third is that the diminished contribution from human capital to per capita income growth can be thought of as an American success. Because they are richer, Americans have fewer children, and because their health is so good they live longer.

With fewer children, the rate of growth of the workforce has slowed. And with longer lives come more old people who consume but don’t work and therefore drag on income growth per head.

Part of the slowdown in human capital growth also reflects the fading influence of earlier successes. There is only so much formal education people need for their jobs, and Americans today are much closer to that frontier than Americans of a couple of generations ago. The rate of increase of education levels and of experience in the workforce has slowed, so the quality of workers is not improving as rapidly as it did before.

Women joined the workforce in a big way in earlier decades. This was partly because machines lightened household work, and partly because of birth control, which allowed women to choose how many children they had, and when. That trend, another success, has now crested.

Yet Vollrath accepts that not all of the slowing growth in output is the result of a slowing contribution from labour. The change in output that is not attributable to either human capital or physical capital is what we call “productivity.” That, too, has slowed. Vollrath argues that the slowdown in productivity growth reflects the increasing share of services in the economy, and services in the United States have lower productivity growth than manufacturing. The expansion of services, he argues, is largely because of the fall in the price of manufacturing, which frees up income to buy services. The expansion of the services sector and the associated slowdown in productivity growth is thus another instance of American success.

Part of the interest of this “growth accounting” approach is that by implication it queries other explanations for slower per head income growth in the United States. It implicitly rejects explanations based on insufficient demand, such as “secular stagnation,” or a claimed tendency for intended saving to be higher than intended investment. The slowdown can’t be blamed on excessive debt, China or globalisation.

Using the same techniques of simple quantification, Vollrath shows that while the expansion of government activities may or may not have hindered growth, the overall impact is probably very small. So, too, the increase in corporate market power in the United States may have increased output growth or lowered it, but either way not significantly. Though it is often said (and in Australia as much as in the United States) that an increase in research and development spending would increase productivity, Vollrath shows that research and development spending has increased but productivity has not.

There is a lot to reflect on in Vollrath’s approach, though to my mind it is a little too dependent on long-term averages. The slowdown of GDP per head from 2000, for example, is demonstrated by changes over ten-year periods converted to annual growth rates. The effect is to smooth the GDP per head data and produce what appears to be a clear turning point at the beginning of the twenty-first century.

In the annual data, however, we can observe the impact of the recession of 2000–01, from which the United States then recovered. Later we see the huge impact of the 2008–09 recession on real income growth per head, from which the United States has again recovered. Together these slumps go some way to explaining the downturn in trend growth of income per capita, yet they are demand- rather than supply-driven changes. This is the typical problem of a growth accounting approach. It needs long periods and smooth data, but the longer the period being smoothed, the more information is lost.

Nor can the slowdown be described as “stagnation,” though this is what his title suggests. Using World Bank constant US dollar data, GDP per head in the United States increased 22 per cent between 2000 and 2018. That is not as good as the 58 per cent increase in the eighteen years to 2000, but it is far from stagnation.

Vollrath treats the decline in the contribution of human capital as a major success for the United States but doesn’t deal with an obvious signal of unsuccess. From 2000 to 2020, the period he examines, the participation of Americans aged fifteen to sixty-four in the workforce fell by over four percentage points.

Had participation remained at the 2000 share, the US workforce would now be 5 per cent bigger than it is and the contribution of human capital correspondingly higher. Far from signalling success, some of the fall in the participation rate more likely signals a failure to equip workers no longer employed in manufacturing for other jobs. Some also reflects the lingering impact of recessions in discouraging workforce participation.

These criticisms aside, Vollrath sets up a clear framework and expounds it lucidly. While the analytic approach is useful in looking at the Australian experience over the twenty-first century, the American pattern is not replicated here. Australian per capita income growth (in constant Australian dollars) has exceeded America’s over the last twenty years. Per capita income growth has certainly slowed in recent years, but a slowdown in human capital growth doesn’t seem to be an important cause.

Participation in the Australian workforce has risen to a historic high, as has the ratio of employment to population. On Australian Bureau of Statistics numbers, the quality of the workforce has continued to improve. While the unemployment rate is higher than in the United States, overall hours worked have continued to increase firmly (until the virus struck).

Australian growth has been far more affected by a slowdown in investment (and the associated slowdown in the rate of growth of capital stock) and by a slowdown or stagnation in productivity growth. But the latter doesn’t appear to be caused by increasing output of services. Vollrath reminds us of useful ways of analysing our own problems, but they are not America’s and America’s are not ours. •

John Edwards is a Senior Fellow of the Lowy Institute for International Policy and an Adjunct Professor with the John Curtin Institute of Public Policy at Curtin University. He is a former member of the Board of the Reserve Bank of Australia.