Health and healthcare: what Greg Hunt must do 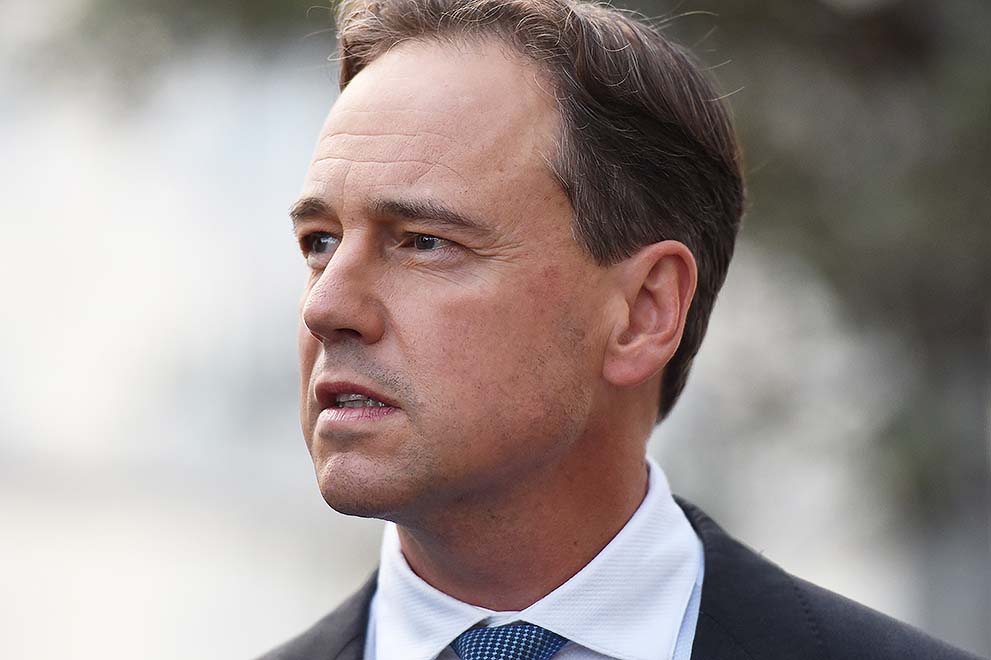 Malcolm Turnbull’s appointment of Greg Hunt to the vacancy created by the resignation of Sussan Ley has prompted more than the usual opinions and suggestions about the health minister’s role and priorities. The portfolio is always a key one for voters, but concerns among consumers and health organisations are more potent than usual for several reasons: a growing awareness that significant changes are needed to the delivery, integration and funding of health and healthcare services; frustration at the failure of the Abbott and Turnbull governments to propose and implement coherent policies; and suspicions that the government’s stealth agenda is to undermine the universality of Medicare through further privatisation and higher out-of-pocket costs.

Minister Hunt comes to the task with a mixed record in his previous portfolios and has already sent mixed messages about his new portfolio. He has a substantial task ahead, and little time to get up to speed on the issues. Ley left many issues in the too-hard basket, work on the 2017–18 budget is already under way, decisions must be made about increases in private health insurance premiums for 2017, and public trust in the ability and willingness of the Turnbull government to protect Medicare is eroding.

I have written previously that the ideal health minister is someone with enthusiasm for the task at hand who will listen to and make the effort to understand the needs and concerns of consumers and professional groups, and who recognises that investments in health and healthcare deliver returns in productivity and social equity. He or she needs to be someone who can forcibly make the case to those who control the budget and can work across portfolios and levels of government to better deal with the needs of the population. Is this a description of Greg Hunt?

His record reveals a political chameleon. As environment minister he implemented Tony Abbott’s program of eviscerating the portfolio, abolishing the Climate Council, dismantling Labor’s carbon pricing scheme and supporting the coal industry. Famously, he resorted to Wikipedia to support the government’s position on climate change. But then, as industry, innovation and science minister under Malcolm Turnbull, he was credited with pushing innovation and providing a vision for CSIRO that includes a clear focus on “pure public good” science and climate research (albeit without additional funding).

Last week, in his first statements as health minister, Hunt was pledging a “rock solid commitment to the future of Medicare” even as the media were reminding him that his 2002 maiden speech had called for the expansion of employer-provided healthcare (funded through tax breaks) to free up government funds for spending elsewhere. Do these dichotomies reflect a willingness to toe the party line, a lack of policy acumen, or a whatever-it-takes approach to the task of the day? Now, as the designated minister for damage control, he will need a consistent grip on a policy more aligned with community interests.

Sussan Ley will be remembered primarily as the minister for incomplete actions, largely because she was unable, unwilling or not permitted by higher authorities to make decisions. She failed to deal with the consequences of the Medicare rebate freeze or to complete a deal with the pathology industry over budget cuts to that sector; her tenure saw no action on the changes recommended by the Medicare Benefits Schedule, or MBS, Review; nothing significant has been done to make sure that taxpayers, directly through their premiums and indirectly through the private health insurance rebate, get better value for private health insurance; the energy and enthusiasm that once supported the Health Care Homes proposal has dissipated as a consequence of poor consultation and an unsustainable funding mechanism; and mental health reforms are languishing.

These issues now sit on Hunt’s desk. He would do well to recognise that they are not unrelated and must be addressed as part of a strategic approach to much-needed healthcare reform. No more policy on the run, no more tinkering at the margins, no more pushing decisions off for committee review.

Mental health would be a good place to start, and here the minister’s personal experiences can serve to guide him. He and his family will know about the need for stepped care, the frustrations when the right services are not available, how important support for family and carers is, the need to integrate physical and mental health services better, and how essential it is to enable people with mental illness to preserve their rights and dignity.

The fifth National Mental Health Plan has been out for consultation and there is general agreement that it needs a lot more heft to be a useful and strategic plan for mental health reforms and services over the next five years. The next iteration is due in February, although there has been a push to delay this to deal with the large number of concerns. In the meantime, the Primary Health Networks are struggling to commission mental health services with constrained funds and little guidance, and to integrate services for those with severe and complex mental illness with the rollout of National Disability Insurance Scheme services.

On another critical issue, the Health Care Homes trial was scheduled to be up and running by July; that looks less and less likely. While the primary reason for the stalled progress is doctors’ concerns about the poor levels of reimbursement for the care of chronically ill patients, other sticking points include e-health support, and data collection and analyses. The underlying approach needs to move from that of an all-the-eggs-in-one-basket, time-limited experiment to a model or models that can be tested, refined and scaled up in a culture of continuous improvement, evaluation and expansion.

The work of the MBS Review must continue at an increased pace and its recommendations implemented quickly if Australia is to have a Medicare system that matches the medical needs of the twenty-first century. So far, despite its inherent promise, there is little to show for two years’ work by the experts engaged on this task.

This review is essential to ensuring that Medicare delivers better outcomes and better value. Its importance was highlighted by a series of papers (with substantial Australian input) published earlier this month in the Lancet revealing the extent of overuse and underuse of medical interventions and the prevalence of low-value procedures. Another set of Australian studies has recently shown that both doctors and patients do a poor job of estimating the benefits and harms of treatments, screening and tests.

The solution to this complicated dilemma must be multifaceted: linking the work of the MBS Review with that of Choosing Wisely, more patient engagement, and rewarding doctors for the time spent in communicating with their patients. The MBS Review should recommend reimbursement levels for approved MBS items commensurate with the time and skill (both technical and cognitive) involved, and look at areas where bundled payments would be appropriate. This work would help deal with the growing gaps between what Medicare pays and what doctors and allied health professionals are charging, and thus limit patients’ out-of-pocket costs.

All of this work requires greater efforts to move to a patient/consumer-centred system. It is important to listen to and consult with all stakeholders, not just the Australian Medical Association, the Pharmacy Guild and the private health insurance funds. So it was disconcerting to hear Hunt describe himself as the “minister for GPs” and laud these professional bodies, all of which are already pushing him for action on their particular priorities.

In many ways, though, these are the easiest of the issues confronting the health minister. Sooner or later the Turnbull government must confront the realities Tony Abbott tried to dismiss. The first is that real reforms in healthcare services and financing require federal, state and territory governments to work together. Most of the major National Partnership Agreements in health and related portfolios have lapsed, despite the fact that the Gillard and Rudd governments showed they can work to the benefit of all stakeholders.

The second reality is that Hunt must recognise and make the case forcibly to his colleagues – especially those who control the budget – that his portfolio is about health. That takes the scope of his responsibilities well beyond healthcare and hospital funding, Medicare and doctors – important though these issues are. As the individual charged with overseeing the physical and mental health and wellbeing of the Australian population and the financial sustainability of the healthcare budget, Hunt can’t ignore issues such as obesity, climate change, and health and healthcare disparities, especially for Indigenous Australians.

Improvements in health and wellbeing among all Australians will require substantial and long-term investments in prevention, and a real effort to deal with the social, economic and environmental factors that influence health. In particular, managing the obesity crisis and its consequences should be a national economic priority.

Done well, these prevention initiatives will ultimately deliver pay-offs in healthcare costs and productivity, and reductions in health disparities. It’s ironic that the argument that “treatment without prevention is simply unsustainable” needs to be made in Australia, a country that has succeeded admirably in reducing tobacco use and protecting against skin cancer. Hunt’s best ally in this work should be Ken Wyatt, the newly appointed Indigenous health minister.

Hunt, Wyatt and the government’s Expenditure Review Committee must look at the lessons to be learnt from the current funding crisis (fast becoming a political crisis) in Britain’s National Health Service. Those problems highlight perfectly how bandaid healthcare solutions that focus on waiting times in emergency departments do nothing to meet long-term demands for care or improve health outcomes. What is required are investments in community and social services and increased support for primary care.

Australia’s systems for delivering and funding health, healthcare and social services need realignment, reform and integration inside and across all levels of government. Doing policy well is hard work, and implementing it effectively is even harder. But one more report, one more committee or advisory group, and delayed responses and actions will not make these tasks any easier. Is the new health minister – and his department and colleagues – up to the task? •

Lesley Russell is an Adjunct Associate Professor at the Menzies Centre for Health Policy at the University of Sydney. She has been a health policy adviser to the federal Labor Party, a Visiting Fellow at the Center for American Progress and a Senior Adviser to the US surgeon-general. 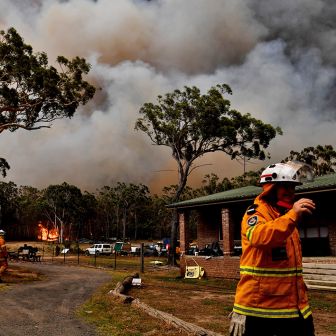 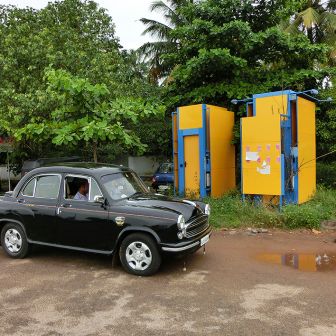 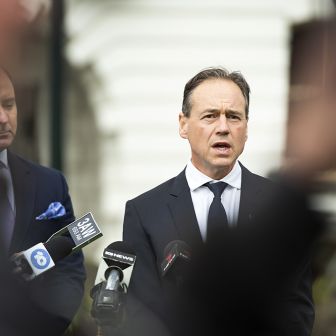 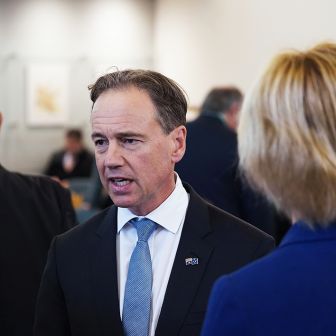 National Affairs Three ways of looking at private health insurance Jennifer Doggett 7 September 2019 Hooked on subsidies, the system is failing. The government needs to move beyond its prejudices about public and private financing
Close

He’s president now, with a record-breaking minus-fifteen favourability rating, and the argument about why it happened continues. Rodney Tiffen has been sifting the evidence 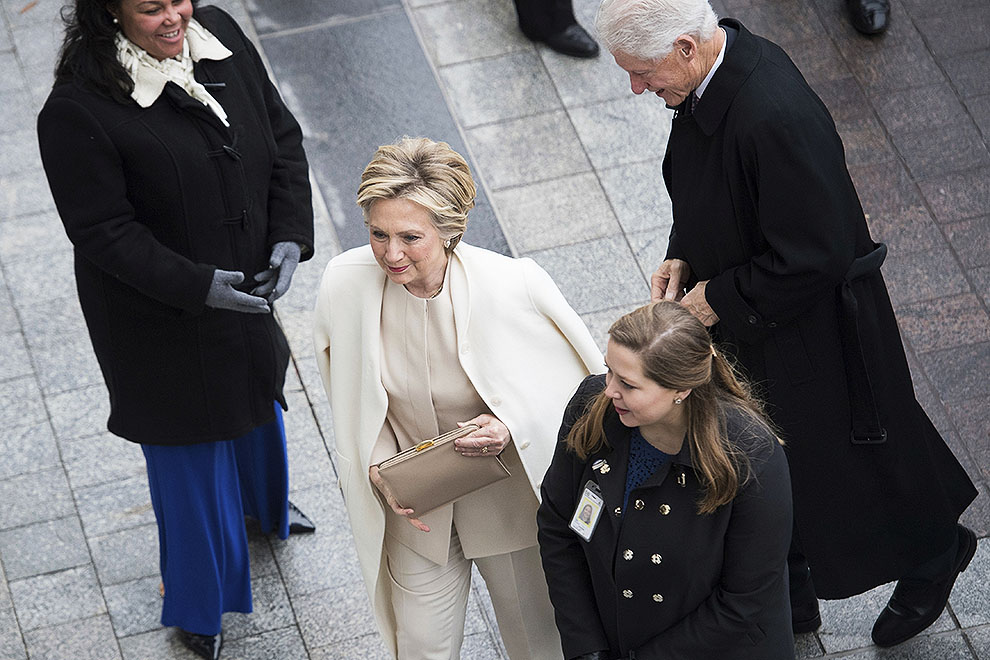