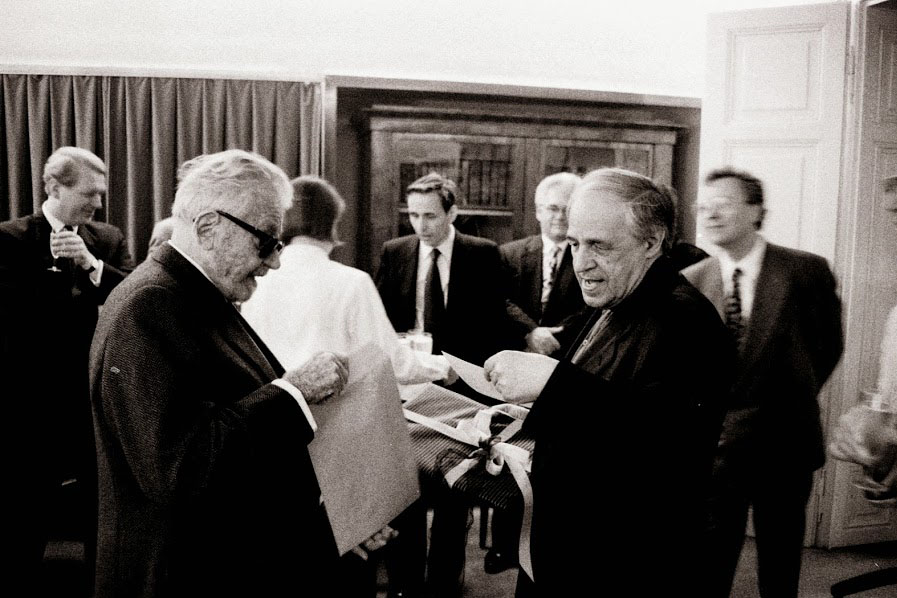 Hundreds of thousands of words have already been written about the recent deaths, five days apart, of Pierre Boulez and David Bowie. Some writers – especially those on social media – even attempted to compare the relative importance of the two musicians. It’s not as crazy as it sounds.

Both men had early success. The twenty-year-old Boulez composed his first acknowledged piece, the twelve piano miniatures he called Notations, in 1945. Two years later, the year of Bowie’s birth, Boulez began his massive second piano sonata, dazzlingly virtuosic, sometimes abrasively violent, finally limpid and calm. It is still regarded as a cornerstone of the postwar musical avant-garde. Bowie, likewise, was twenty when he grabbed attention with “Space Oddity,” and what an oddity that seemed at the time.

In short order, both musicians had created bodies of work that influenced a generation, and then another generation. They were self-critical, too. The music didn’t always come easily, and often not at all. And, importantly, they changed. It is hard to hear the Boulez of that second sonata in the tolling, hieratic Rituel (1975), and harder yet to anticipate the hectic glitter of sur Incises (1998); similarly, the Bowie of Hunky Dory (1971) is scarcely the Bowie of Let’s Dance (1983), let alone of The Next Day (2013) or Blackstar (2016).

The comparison is a little tortured, I realise; the differences between the two musicians are greater than any similarities. But there is one more sense in which their deaths, at least, seem to belong together. Both Boulez and Bowie were part of a dwindling list of musical heroes, figures at the forefront of their professions, names known to every other composer or rock musician in the world, purveyors of music about which one was obliged to have an opinion. There are fewer and fewer musicians like this.

I am not suggesting, as some are wont to do, that there are fewer great musicians in the world. I’d guess there are probably more than ever; clearly, there’s no shortage of famous musicians. My point is all to do with reach and focus.

I remember the composer Richard Rodney Bennett, who eventually became Boulez’s first student (also one of his last), describing how, as a young student in London in the 1950s, he and his friends would hitchhike to the new music summer school at Darmstadt in Germany; how they would spend time in the library there, copying out piano pieces by Stockhausen, because it was the only access they had to the scores; how, once they were home again in England, they would sit up half the night listening to Stuttgart radio in the hope of hearing new pieces.

Most young artists are obsessed – there’s nothing remarkable about the passion Bennett felt; what seems remarkable, sixty years on, is how hard it was for him and his fellow young composers to hear the music they had to hear, and how urgent the quest became, as a result.

In the 1970s, if you didn’t own the LP of Hunky Dory or Aladdin Sane, you would either have to wait for the songs to come on the radio (and you’d be lucky to hear anything other than the singles), or you’d have to borrow someone else’s copy. It was certainly harder to steal music in those years before file sharing, and perhaps this is a further reason that music was more valued. Perhaps the relative difficulty of simply gaining access to the music also made it seem more important. With the internet, all music is ubiquitous. A song can be uploaded to YouTube one day on the other side of the world, and you can hear it by accident a short time later. No effort is required.

None of this is necessarily a bad thing (apart from the stealing), but when all music is instantly everywhere, it does make it hard to know what’s what, and harder still to know what might be important; and it is far less likely we will all value the same things. It’s a paradox: the more the world is our musical oyster, and the more promiscuous our tastes, the less we feel a strong connection to individual figures. Succeeding generations will have fewer musical leaders.

Yet if the days of universal heroes are numbered, perhaps the end result will be that music becomes local once more; the important composers and singers, the ones that form our tastes, will be our neighbours. Then, as Bowie predicted, we can all be heroes. • 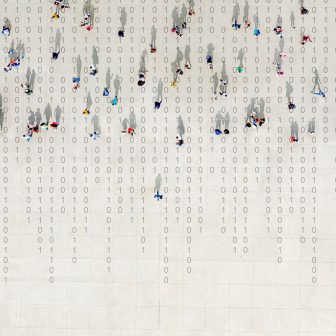