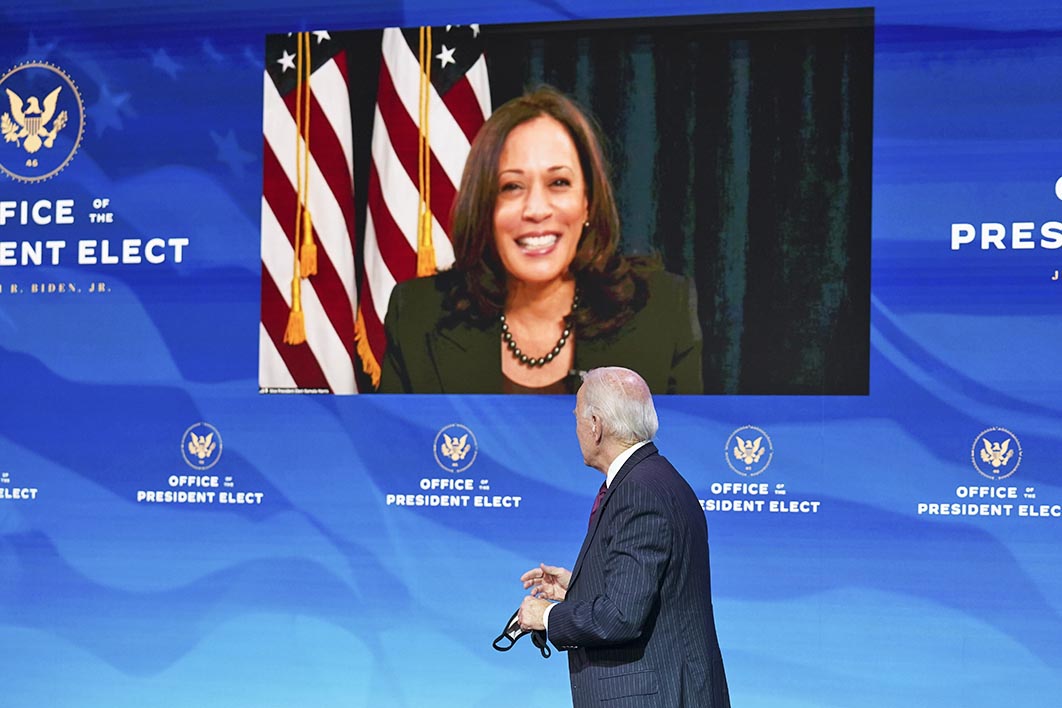 This time last year Chinese health officials were investigating an outbreak of a pneumonia-type disease in the city of Wuhan that had sickened some twenty people and seemed linked to a seafood market. Even then, alert epidemiologists might have worried about the infection’s potential to spread, but few would have foreseen the pandemic that emerged so quickly. And even fewer would have predicted that the country most afflicted — perhaps the only country unable to exert any real control over the virus — would be the United States.

Plenty of blame can be sheeted home to different government agencies and jurisdictions and some specifically American risk factors, but just one individual stands at the apex of the pyramid of failures.

Donald Trump leaves office with a legacy and under circumstances that will engage historians and political and social analysts for decades. He is one of only three presidents to be impeached, he sought to overturn the results of a presidential election that he clearly lost, and he refuses to acknowledge his rightfully elected successor, Joe Biden. But these strikes against him will be secondary to the swathe of illness and death he knowingly failed to prevent.

He will forever be known as the man under whose presidency the richest and most powerful country in the world, a country that abounds in scientific and medical innovation, was brought to its knees by a viral foe. Trump’s “America First” slogan and his oft-touted American exceptionalism are being measured in daily death numbers that surpass those of the bombing of Pearl Harbor and the terrorist acts of 11 September 2001.

Other countries much less well-endowed with the means to deal with a pandemic — countries like Vietnam, Mongolia, Malawi and Fiji — have shown how a shrewd combination of public health measures can control this virus. How and why did the United States fail so badly?

The seeds were planted long before the arrival of the pandemic by what Christine Todd Whitman, who headed the Environmental Protection Agency during George W. Bush’s presidency, calls “an orchestrated war on science.” Trump and his administration rolled back public health regulations, dismantled the agency charged with tracking and preparing for pandemic threats, undermined other scientific institutions, and suppressed and censored government scientists.

For reasons that remain obscure but probably relate to concerns about the economy, and hence the November election, Trump lied about the dangers posed by the virus and undermined efforts to contain it. Too many Americans — including state governors and mayors, who must take a share of the responsibility — joined in with his belittling of masks and his encouragement of public protests against lockdowns.

His appointees made political pawns of key agencies including the Centers for Disease Control and Prevention and the Food and Drug Administration, ordering them to issue inaccurate information and ill-advised health guidance, and tout potentially harmful treatments. This was “not just ineptitude,” as one epidemiologist remarked, it was an effort to “sabotage” the quest to keep people safe.

The damage has been compounded by the socioeconomic and racial inequalities that riddle the nation, the prevalence of risk factors such as obesity, diabetes and heart disease, poor access to healthcare services for many (aggravated by Trump’s efforts to destroy Obamacare), and little in the way of safety nets to protect those who lose jobs or must quarantine. Meanwhile, Trump and those members of his circle who tested positive to coronavirus used their privileged access to the best, most expensive treatments to drive home their message that the infection was inconsequential.

Trump has revelled in his ability to bestow (or withhold) needed funds, equipment and therapeutics. Too often this has been done in accordance with political ideologies and favouritism, if not wilful carelessness. Figuring prominently in the growing revelations about mismanagement is the president’s son-in-law, Jared Kushner, whose Project Airbridge, set up to deliver testing supplies and protective equipment, operated outside the standard federal channels for competitive bidding, disclosure and transparency. How the products were sold has gone undocumented, as have the way prices were determined and which facilities received supplies. Kushner hired his college roommate over credentialed medical experts to develop a national testing plan that never eventuated.

The list goes on. The administration mismanaged a contract for the manufacture of ventilators and ended up paying US$500 million more than necessary for 43,000 breathing machines. It’s not clear how many of these were received and distributed. Trump claimed he had inherited a Strategic National Stockpile with “bare” cupboards, but we now know the stockpile had 16,660 ventilators available in March but the administration had distributed considerably fewer than this by June. Reports suggest that ventilators were being sent overseas to countries that didn’t need or couldn’t use them.

Just as disturbing, the former head of the Biomedical Advanced Research and Development Authority, Rick Bright, made a detailed whistleblower complaint about how he was pressured to approve unproven chloroquine drugs and award contracts to friends of the administration.

Meanwhile, most of the US$525 billion from the Paycheck Protection Program, designed to help small businesses retain their employees, instead went to larger businesses. The Brookings Institution has detailed how Trump family businesses, Trump associates and Trump allies benefited from these funds. Numerous other reports have revealed cronyism, corruption and conflicts of interest, extending as far as the White House coronavirus task force and Operation Warp Speed, set up to deliver coronavirus vaccines.

This shocking litany serves not just to highlight Trump’s mendacity and his administration’s criminal negligence, but also to underline the task ahead for Joe Biden and his team.

Faced with the policy vacuum around the pandemic and the erosion of trust in government and scientific experts, Biden is running an active transition. His overarching election commitments on the coronavirus were to listen to science, ensure public health decisions are informed by public health professionals, and restore trust, transparency, common purpose and accountability to government. Within a week of election day he announced a bipartisan coronavirus task force. Later, speaking immediately after the electoral college sealed his victory, he highlighted that his attention remained firmly on the pandemic.

Biden comes to the presidency with more inside knowledge of the presidency and its interactions with other federal and state jurisdictions than perhaps any of his predecessors. His selection of key staff is reinforcing that advantage: Ron Klain as chief of staff, Xavier Becerra as health and human services secretary, Dr Vivek Murthy to an expanded role as US surgeon-general, Dr Rochelle Walensky as head of the Centers for Disease Control and Prevention and, of course, Dr Anthony Fauci as his chief medical adviser.

Recognising the need to heal the divisions exacerbated by Trump and the coronavirus, he has pledged to tackle the pandemic’s impact on minorities, to deal with the socioeconomic divides that mean many Americans must risk infection or lose their jobs, and to acknowledge and reward the work of carers. His planned structural reforms depend on reining in the pandemic and delivering immediate relief.

Biden’s economic team includes Neera Tanden as head of the Office of Management and Budget, Janet Yellen as secretary of the Treasury, and Jared Bernstein and Heather Boushey as members of the Council of Economic Advisers. Each has the background and commitment to carry out Biden’s program with skill and dispatch.

Those who charge that Biden is attempting to recreate the Obama years fail to recognise the value of having an experienced team made up of people who know how the systems and levers of government work, and who know each other. Biden is choosing a team that is ready to go from day one — indeed, a team that is already at work.

These people will bring their own histories and conflicts of interest to their positions, but the vetting and ethical and legal concerns will undoubtedly be better managed than under the Trump administration. Lawyers for the presidential transition are drafting new rules for White House staff that are likely to be more restrictive than those that governed the Obama administration.

Despite all the planning, two key external issues will shape how Biden’s agenda is implemented.

The first is whether the Democrats can win control of the Senate. If not, they will face the continuing obstinance of Senate majority leader Mitch McConnell and his conservative caucus. Winning both of the Georgia run-off races will be an enormous challenge for the Democrats, but a bigger task might be persuading McConnell not to cripple the Biden presidency by disrupting his legislative agenda and blocking his nominees for positions that need Senate approval.

The second is the enormous challenge of getting the coronavirus vaccine out across the nation in an equitable manner. Biden has called vaccine distribution a “huge, huge undertaking.” Fretting when his team was initially denied access to the Trump administration’s distribution plan, he commissioned his own plan in consultation with state governors.

To date Trump has been the loudest cheerleader for his administration’s role in getting vaccines developed through what he correctly proclaims to be “one of the miracles of modern medicine.” But he has shown much less interest in getting the vaccines where they are most needed. In the final days of his presidency, a focus on this effort, which currently lacks a detailed national plan and any sort of communication and education strategy, could have helped buff his legacy. Instead, he has chosen to undermine public trust in the vaccine by ordering Food and Drug Administration officials to approve it or be fired.

Trump was not present at the first vaccinations in Washington, DC, and issued no statement beyond a tweet saying “First Vaccine Administered. Congratulations USA! Congratulations WORLD!” His inner circle and officials are looking to jump the vaccine queue, regardless of their vulnerability.

In this vacuum, Biden has assumed the mantle of chief vaccine communicator. He has pledged “one hundred million shots in the first one hundred days” of his presidency, promising that this will change the course of the disease, and has emphasised the vaccine’s safety. But he also acknowledges that his first hundred days will not end Covid-19 and continues to plead with Americans to wear masks and obey public health guidelines.

Will Americans, now so cynical, weary and divided, listen to the very different message Biden is sending? Will they start to follow the example set by Biden, Harris and their people and wear masks, practise social distancing and limit gatherings? While the president-elect lacks the authority to mandate such measures, recent research offers some reassurance that communicating the importance of social distancing is only marginally less effective than imposing distancing measures by law.

The release of the first vaccine (with more likely to be approved) has signalled to Americans that there will be an end to the pandemic. If the rollout falters — because supplies are limited, because required services are not available, because there are disagreements over priority groups, or (disastrously) because of unanticipated side effects — then public confidence will be shattered.

Managing these challenges will require Biden and his team to communicate clearly and with one voice. Trying to persuade those who believe in conspiracy theories is generally a wasted effort, but strategies exist for limiting the spread of misinformation in the first place.

Casual employment can be fixed, but not the way the government wants to do it 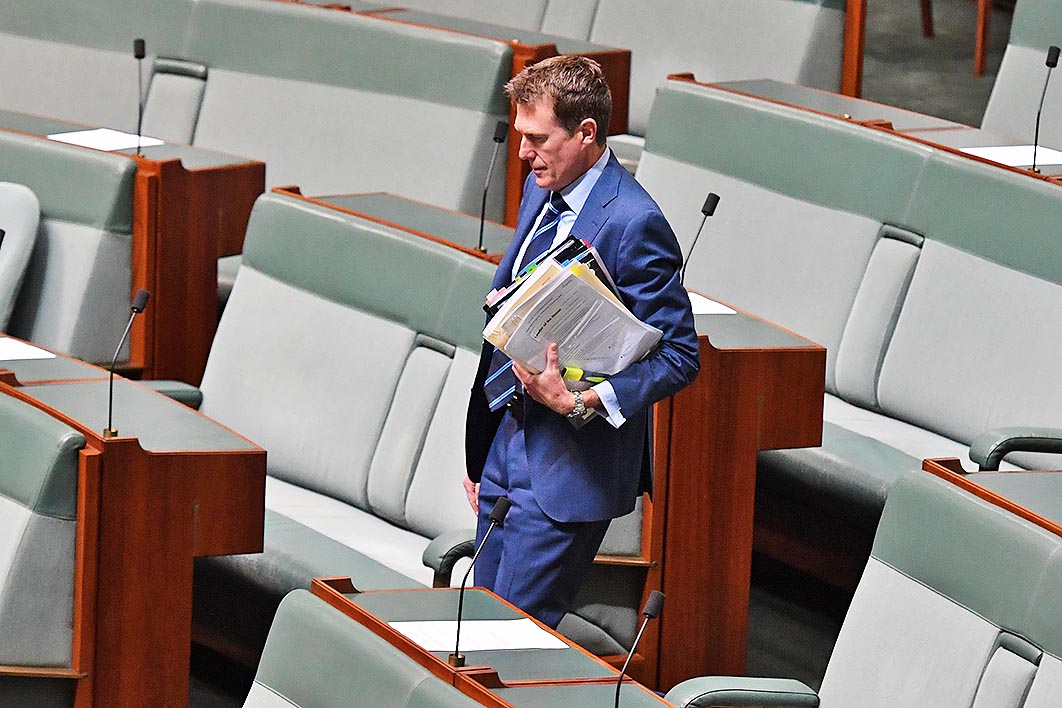