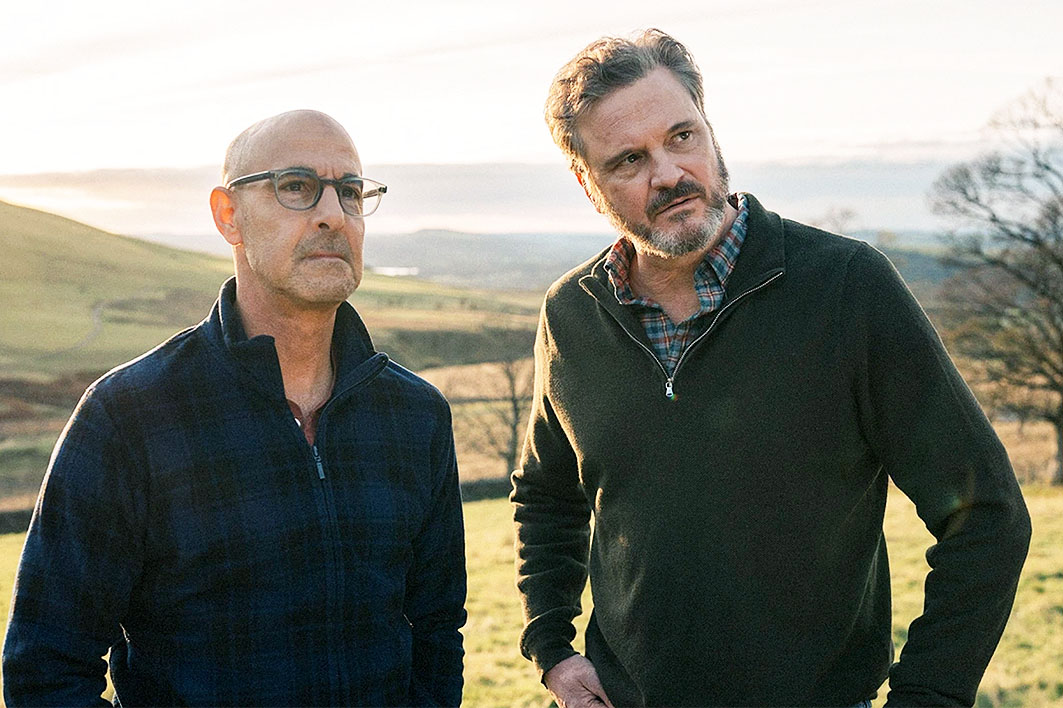 Although dementia may seem an uninviting cinematic subject, the on-screen result can be satisfyingly challenging and not necessarily cheerless. How the viewer responds will depend on how the filmmaker has gone about representing dementia — not a particularly original observation, perhaps, but one that is crucial to coming to terms with three recent films on the subject.

This is not to say that dementia is new to the cinema. Among the films dealing with the condition and its effects over the past couple of decades have been Iris (2001), which recorded the writer Iris Murdoch’s decline; Away from Her (2006), the Canadian-set drama of relationships tangled by the advance of dementia; and Still Alice (2014), a touching study of a linguistics professor’s experience of early-onset Alzheimer’s. Perhaps to ensure healthy box office returns for a problematic subject, each had A-level stars: respectively Judi Dench, Julie Christie and Julianne Moore.

The makers of the latest films all took the same precaution — if that is the apt word. I mentioned that these films are challenging, and it may well have been the acting challenge that attracted such notable performers. But the makers of The Father, Supernova and June Again have adopted notably different narrative procedures in their dramatisation of the condition’s progress and its influence on the lives of those who have to deal with the protagonist’s painful symptoms.

First, the award-winning British/French co-production, The Father, the first feature for director Florian Zeller, who is also co-author. His screenplay, adapted from his own stage play, moves with remarkable fluidity in a film that eschews linear narrative. The viewer is not always any more certain of location than is the film’s protagonist, the eighty-odd-year-old Anthony (Anthony Hopkins). The essential location of the film’s drama is really his mind, which varies wildly in its grip on reality.

Though the film is adapted from a stage play and most of the action is confined to an apartment, with a brief sortie into a hospital, Zeller’s direction ensures that it is never “stagey.” Along with the direction, the cinematography and the editing create a wholly persuasive fluidity between the here and the there, the real and the imagined.

The film opens on a shot of Anne (Olivia Colman) rushing in to visit her father (Hopkins), who greets her with “What are you doing here?” She’s anxious and he’s fractious, and the film quickly develops a powerful sense of the tension between father and daughter. She’s devoted to him and concerned about his welfare, but with marital difficulties of her own to deal with she’s planning to go to Paris with a new partner. Anthony’s most recent carer (awful word!) has left, claiming he’d unjustly called her “a little bitch,” a charge he denies, insisting that she stole his watch, which of course she didn’t.

Anne tries patiently to deal with his vagaries, including his repeated objection to France because “they don’t speak English there,” and his anxious query, “What’s to become of me?” He knows just enough to realise that, if Anne goes to Paris, he will be on his own. The film offers a wonderful sense of Anthony’s utter confusion and does so without resort to melodrama or sentimentality.

Viewers may also be confused (whose flat are we now in?), but we are encouraged, indeed required to enter the father’s mind, as the film creates his real world and the other he imagines he is in from time to time. This uncertainty does not detract from viewers’ involvement in the action from moment to moment — this moment, for example, eliciting sympathy for Anne in her attempts to help her father, that moment requiring empathy with a mind losing its grip.

Supernova is also essentially concerned with the relationship between a dementia sufferer and the person responsible for his wellbeing. Here, it is a study of two elderly men — one losing control over himself, and the other, his long-time partner, having his patience sorely tested by often-irrational demands but never losing the affection that has governed their decades together.

Unlike The Father, in which the narrative enacts the eponym’s disordered state of mind, Supernova, written and directed by Harry Macqueen, opts for more linear storytelling. It records the journey round northern England of these two men: Sam (Colin Firth) is a pianist whose next performance the film is leading up to; his partner Tusker (Stanley Tucci) is a novelist trying to write his last book in the knowledge that he is unlikely to finish it.

Tusker’s dementia is the more moving because he has moments of lucidity. Sam, for the most part bearing patiently with his partner’s fluctuating state of mind, has organised their campervan trip as a sort of last journey, but the film is never sentimental about this. In fact, Sam can sometimes be irritated with Tusker’s messing about and forgetting things.

Supernova may sound like a road movie, but in this journey the glorious northern England scenery, in veteran Dick Pope’s luminous cinematography, is more an observer than something to observe. The relationship between the men may be changing, but these hills and valleys are oblivious.

And whereas in most road movies the protagonists have idiosyncratic encounters along the way, the encounter here is limited to a party at Sam’s sister’s house. She and Tusker have arranged it as a surprise gesture, partly as thanks for Sam’s longstanding love and care. Tusker has prepared a speech for the occasion but finds he’s not up to reading it and asks Sam to do it for him; the fact that much of it is about Sam gives it a special poignancy.

As director, Macqueen never loses sight of the experience at the heart of the film. As screenwriter, he was wise to conceive of the film as essentially a two-hander, with the one lively stopover accentuating the quiet restraint of the rest. And of course he has the benefit of possibly career-best performances from Firth and Tucci, who constitute a wholly credible pair. As co-stars, they achieve a sense of interconnectedness not often equalled in film.

Like the other two recent films, the Sydney-set June Again has a strong central performance. This is the feature debut of its director, New Zealander J.J. Winlove, who is also, like the directors of The Father and Supernova, the author of the screenplay. I’m not sure what this dual role means, but perhaps it suggests a serious commitment to exploring these disrupted lives.

In the role of June, now in a “home” for those similarly afflicted, is Noni Hazlehurst. While perhaps not an international name on a par with the stars of the other two films, she is one of the surviving stalwarts of the Australian cinema revival of the 1970s and over four decades has never faltered on screens large and small. In June Again she has one of her most challenging roles, and though the film occasionally strains credibility, she never does.

The film opens and closes on a large close-up of June, which perhaps suggests a clearer, more formal structure than is borne out by the rest of the film. We see her wandering the corridors, trying to open doors, and a sympathetic doctor explaining her condition; but she is somewhat improbably able to exit the institution and take a taxi to what she thinks is her own house, where she steals some clothes. From then on her memory comes and goes: she finds that her son Devon (Stephen Curry) and daughter Ginny (Claudia Karvan) have fallen out; she discovers she’s no longer part of the firm she once managed; she leaps into a car and drives off to the country, where she weeps at the pain of memory.

And so on: the film develops a straggling narrative, but unlike The Father doesn’t use it to persuasive effect. In fact the story is overcrowded with events, some of which tell us about the family but shift the focus from June’s decline. There are touches of wit in the screenplay (as when two sullen grandchildren are dispossessed of their iPads), and Curry and Karvan offer astute support.

June Again is not unenjoyable but it lacks the powerful dramatic fluidity of The Father and the persuasive interaction of the two men in the more straightforward Supernova. But it is good to see, in all three, so serious a matter being given such careful attention. •