Home is where the mind is 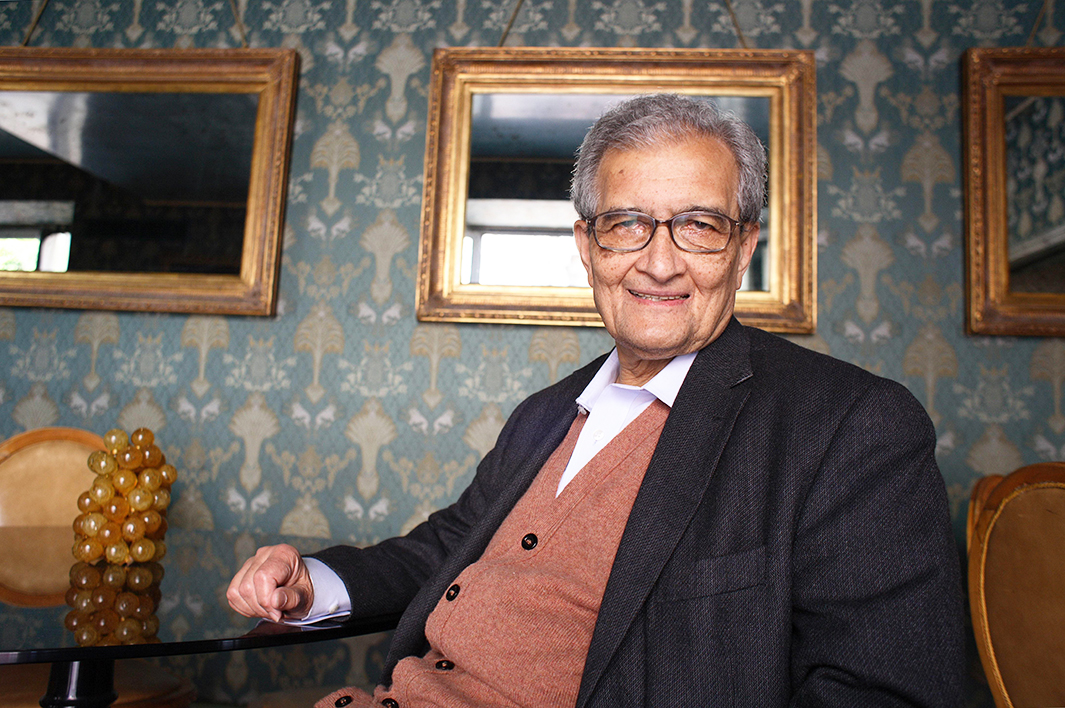 In the months following the attack on Pearl Harbor in December 1941, two small boys were among the millions of children in Asia who were bombed. It was nothing personal. The air forces of imperial Japan had not taken out a contract on nine-year-old Amartya Sen in Kolkata (Calcutta in those days) or eleven-year-old Wang Gungwu in Ipoh in northwestern Malaysia (Malaya then). They were simply part of the British Empire.

The boys grew up to become two of the most accomplished scholars, writers and administrators of their generation. Contemporaries in age — Wang Gungwu will be ninety-one in October and Amartya Sen eighty-eight in November — they both recently published absorbing memoirs of their lives as outstanding scholars and exemplars of a humble cosmopolitanism that is becoming increasingly rare.

Amartya Sen won the Nobel Prize for Economics in 1998 and has been an international public figure ever since. He has been a faculty member of Cambridge, Oxford and Harvard, Master of Trinity College, Cambridge, an adviser to governments and sought-after speaker.

There are many eminent Professor Wangs in the world, but anyone who has read into the history of Asia soon discovers there is only one “Gungwu.” As well as being an immensely productive and wide-ranging historian, Wang Gungwu has been a distinguished scholarly leader at the Australian National University and the National University of Singapore, and for nine years was vice-chancellor of the University of Hong Kong.

The professional lives are public knowledge. Many readers, however, will find the early lives of the two men tantalising. They provide an opportunity to ponder two questions: how the British Empire in its declining years affected two clever children; and the extent to which practices and traditions of China and India shaped two outstanding intellectuals.

As the titles of their books indicate, each has grappled with “identity” and the need to reconcile the values of family and mother tongue with the English language and the legacies of the British Empire. Wang was a national of China until 1949, when he became a citizen of the Federation of Malaya; later, in 1979, he became a citizen of Australia. Sen has remained an Indian citizen, in spite of being “very used to standing in long queues at passport checkpoints.”

Wang was born in 1930 in Surabaya in today’s Indonesia (then the Netherlands East Indies), where his father was headmaster of the town’s only Chinese high school. The Depression impoverished the school, and the family moved to British Malaya where his father became an inspector of Chinese schools in the town of Ipoh. When Wang was growing up in Malaya, “home” was China.

Sen’s experience of “home” was more certain and omnipresent. It was Bengal, perhaps the proudest region of India, and there was no dispute that Bengal was within India. His father, a PhD in chemistry from London University, taught at Dhaka University, but Sen was born at his mother’s home at Santiniketan in western Bengal. Until the age of eight, his family lived in Dhaka in eastern Bengal (today the capital of Bangladesh).

Three aspects of their childhoods contributed powerfully to making them the men they became. Their early experiences also highlighted similarities and differences between being Chinese or Indian in the last days of European empire.

First, both boys delighted in embedding themselves in the culture and languages of their families. “For many years,” Sen wrote, “Sanskrit was close to being my second language after Bengali.” He learned Sanskrit from an adored maternal grandfather, a teacher of Sanskrit and philosophy at Santiniketan, where the Bengali polymath Rabindranath Tagore had begun a progressive school before the first world war. 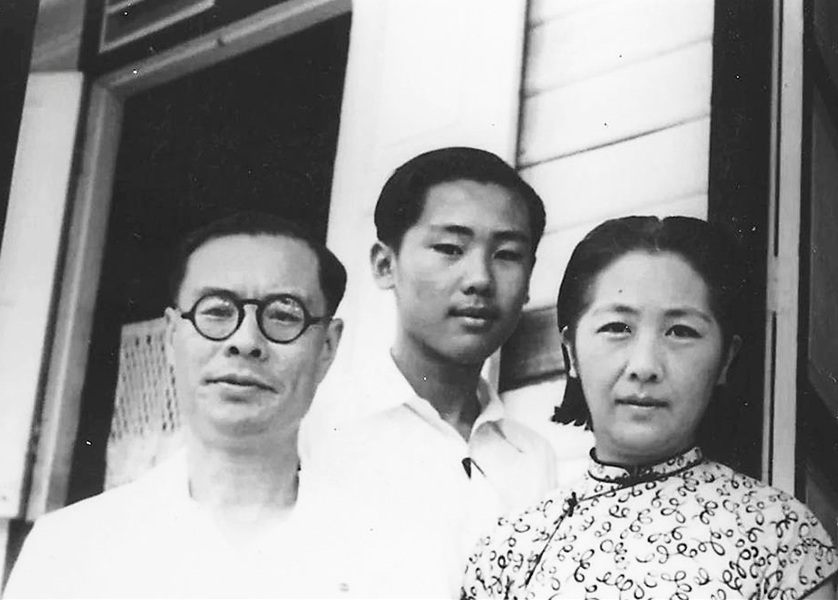 Out of empire: Sixteen-year-old Wang Gungwu with his parents, Wang Fuwen (left) and Ding Yan in front of their home in Green Town, Ipoh, Malaya, on the eve of their departure to China. From Home Is Not Here.

Wang Gungwu’s first language was “a variety of Mandarin,” and he soon learned “that there were many kinds of Chinese” — Hakka, Hokkien and the Cantonese he learned from the family’s servant. His father, a trained teacher of languages from what became Nanjing University, “decided to teach me classical Chinese himself.” Father and son sat together each night to read classical texts. “My father wanted me to learn a language that was not spoken and rarely used except in formal documents.”

It proved sound preparation for a scholar of Chinese history. Sen experienced a similar but less direct augury of his future when he discovered that “there was a strong complementarity between my interest in Sanskrit and mathematics.”

A second important element of the two childhoods was the encounter with English. Here their experiences differed, but the outcome was the same: both became masters of their third or fourth language.

In Sen’s family, there had been English speakers for at least three generations. It seems to have been expected that he would become fluent simply from lessons at school and occasionally hearing English spoken around him.

Wang’s father, on the other hand, was the first in the family to learn the foreign language. He had studied English in high school because he felt “he knew enough Chinese literature and needed to improve his understanding of the outside world.” He determined that his son should also learn and sent him to an English school in Ipoh. By early adolescence, with the help of lots of movie-going, “at a very basic level, I was now comfortable in both languages, Chinese and English.”

Sen, however, felt “my progress in English was very slow,” and even on the ship to Britain when he was twenty, he was perplexed by the question, “Would you care for some chocolate?” which, for a budding philosopher, opened up various possibilities about what caring for chocolate might entail.

The third great impact on both children was the second world war. For Wang it was close and personal. After the Japanese landed in Malaya and occupied Ipoh in December 1941, he and his parents fled the town and for a few weeks hid on remote rubber estates and in caves. When the fighting passed on, they returned to town, and eventually his father was absorbed back into the education system, now overseen by the Japanese.

To make ends meet, Wang and other children sold soap and small items in the bazaar. “One day, the Japanese came to the market entrance and placed several human heads on a high stand not far in front of our stall.” It was to warn looters. Later, he was part of a crowd that witnessed a beheading. “I was horrified and had nightmares.”

Sen’s experience was grim and insidious. In 1943 the “Bengal famine” killed up to three million people. In Calcutta, Sen saw human skeletons “dying on the streets.” Even in distant Santiniketan “perhaps 100,000 destitute people had passed through… on their long journey to the big city” where they hoped to find food. “The continuous cries for help… ring in my ears even today.”

His maternal grandmother told him to give one can of rice to anyone who came to the door, but only one — we “have to help as many people as we can.” As an economist, Sen earned a large part of his fame from his work on the causes and prevention of famine.

The war, however, had a curiously beneficial effect on both lives: it freed them from the regimentation of colonial school systems and from the rote-learning that had been part of classical education in China and India.

For Wang, these were wonderful “years of unfocused learning,” He mixed with people of all sorts — Malays, speakers of various Chinese dialects and Indian labourers with whom he occasionally drank toddy. In the two disorganised years after the war, he indulged his passion for movies, saw 400 films and, like a diligent historian, made notes about many of them.

For Sen, the war meant that he was sent away from Dhaka and Calcutta to the safety of Santiniketan. His education from the age of eight was “at the remarkably progressive school” founded by Tagore. The school’s emphasis was “on fostering curiosity rather than competitive excellence… I loved it.”

Moves to great colonial cities marked the end of childhood for both men. Wang left Ipoh for Singapore and the University of Malaya in 1949. Sen left Santiniketan for Calcutta and Presidency College in 1951. By coincidence, they both arrived in Britain in 1954 — Sen on the way to Cambridge, Wang Gungwu to the School of Oriental and African Studies in London.

There is much, much more in these memoirs than childhood reflections, and it would take a far longer essay to do them justice. They trace personal lives, careers and the circumstances that shaped research. Wang Gungwu’s two volumes include sections written by two of the women in his life — his mother and his wife Margaret, who co-authored Home Is Where We Are.

Sen’s is a great portmanteau of a book — the sort of suitcase you’d pack for days on the road with entertainments, lectures, historical visits, formal dinners and philosophical reflections. At one pole, there is a delightful dry humour and personal tales of ill health and undergraduate life. At another, there are exchanges with economists and philosophers, mini-essays on Indian history and ruminations on the research questions, such as social-choice theory or the economics of famine, that have occupied a lifetime.

Both men appear to have resolved the contests about where “home” is in favour of being “at home in the world,” concluding that friendship, respect and “home” can be found wherever we are — if we are curious and open to learn. It’s an enviable attitude in the current world of closures. •

That fella from Down Under

An accident? Treasurer Scott Morrison with prime minister Malcolm Turnbull on 23 August 2018, the day the House of Representatives was suspended  following Peter Dutton’s declaration of a second bid for the prime ministership. Sam Mooy/AAP Image 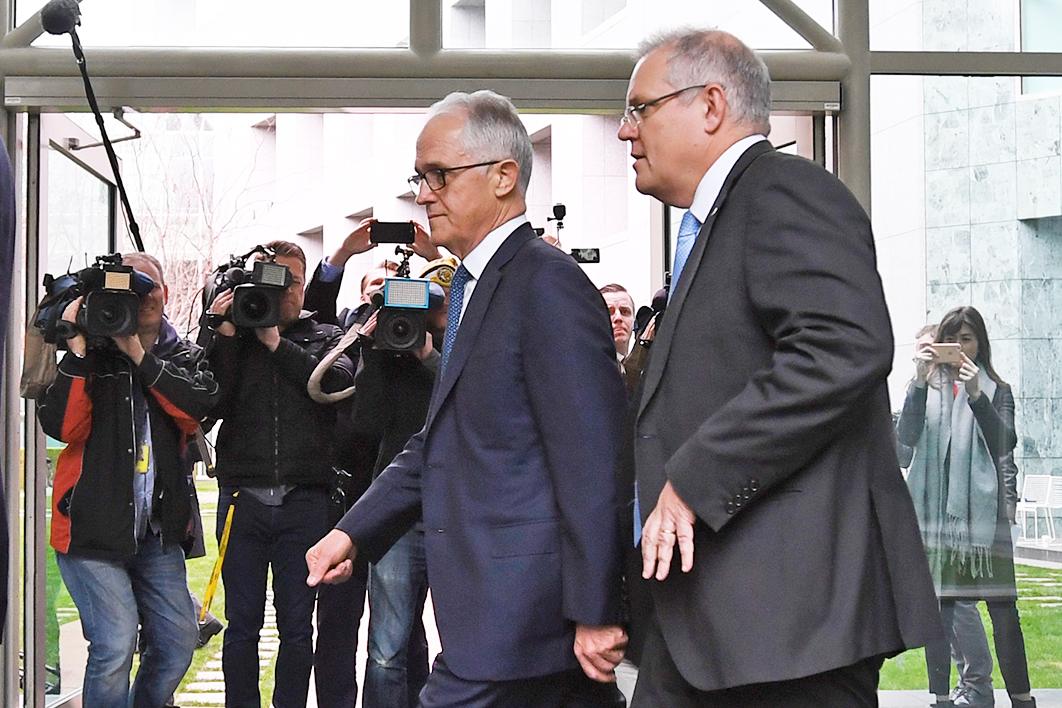 An accident? Treasurer Scott Morrison with prime minister Malcolm Turnbull on 23 August 2018, the day the House of Representatives was suspended  following Peter Dutton’s declaration of a second bid for the prime ministership. Sam Mooy/AAP Image