Television | At heart, Homeland is a drama of loyalty and betrayal 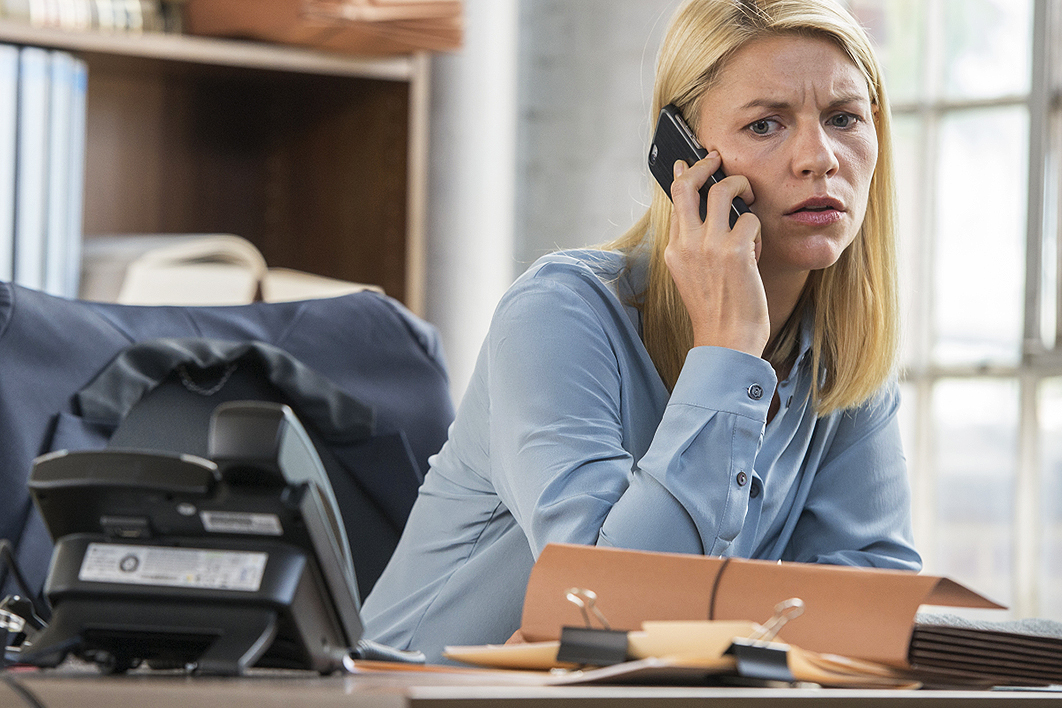 Entering its eighth and final season, the American spy series Homeland (currently streaming on SBS) carries with it a formidable reputation for dramatic cogency and a rusted-on following of viewers with an appetite for stories that engage with the sterner realities of the world.

A close-knit team of writer/showrunners has been credited with astute anticipations of events in the real world. Threats to security have come from within the homeland as well as from the sinister heartlands of al Qaeda. Season seven featured a crazed shock jock planning a reprise of the American civil war and a president with a propensity for exercising military control when she feels herself threatened.

Since its debut in October 2011, soon after the tenth anniversary of the 9/11 attacks, the series has reflected the evolution of American political culture in ways that bring out the ironies of its title. The Department of Homeland Security, formed in response to the attacks, immediately attracted cynicism, not least for the choice of its name. In the Wall Street Journal Peggy Noonan commented that the word “homeland” was “un-American and creepy.” But she also urged that Rudy Giuliani be appointed its inaugural head. “He is the symbol of Sept. 11 leadership and Sept. 11 suffering, of Sept. 11 success and American toughness,” she wrote.

That statement, like Giuliani’s public standing, has not aged well. Nor has the reputation of Giuliani’s own favoured candidate for the position, Bernard Kerik, who was subsequently imprisoned on an assortment of federal charges including tax fraud and making false statements. The cynicism vector has magnified over the eight years in which Homeland has been spinning its storylines. Have we reached a stage where the very project of “national security” is a self-defeating fantasy?

What keeps the series going is that the lead characters still somehow continue to believe in it, and yet each season brings events that brutally assault their belief. At the start of this one, Mathison has just returned from 213 days in detention in Russia at the hands of intelligence agents who withdrew the medication for her bipolar condition, reducing her to a state of prolonged psychosis.

Now in recovery and under the eye of her longstanding mentor, Berenson, she appears to be experiencing a state of amnesia, interrupted by sudden flashbacks. But when she fails three questions on a polygraph test, the inevitable question arises: has she been turned?

According to the series showrunners, having a central character with bipolar disorder was designed to introduce a fundamental dramatic instability. Mathison’s condition would make her unreliable in the eyes of the authorities, yet they would depend on her as a uniquely skilled agent with a critical role to play in the security of the nation.

For all the ambitious global canvas of its storylines, Homeland remains at its heart a drama of loyalty and betrayal. It was John le Carré who perfected the art of rendering the spy story as a psychological thriller in which the destiny of a nation hinges on the loyalty of an individual. In obvious ways Mathison is the antithesis of le Carré’s enduring protagonist George Smiley. She’s volatile, driven, ruthless and frequently incoherent, yet, as with Smiley, there is a bedrock of consistency. However bizarre her actions may seem, she is never in the business of betrayal.

At least that’s how the story has played out thus far. In this final season, the original team of writer/showrunners has been reassembled to create a storyline mirroring that of the first season, broadcast in October 2011. Again, we have the repatriation of a heavily traumatised American who may (or may not) have been turned by captors. In season one, US Marine sergeant Nicholas Brody (Damian Lewis) had indeed been turned. Back in the homeland, he struggled unsuccessfully to resume an identity founded in patriotism.

The question of what underpins loyalty and what motivates betrayal is of the essence in all spy dramas. In the real-life cases of Burgess, Philby and Maclean, the inspirations for the figure of “the mole” in le Carré’s Tinker Tailor Soldier Spy, there was a kind of integrity in betrayal. Over the course of decades, these embedded agents remained loyal to a foreign power. Why? In the context of mid-twentieth-century cold war politics, the answer was ideology. Traitor-spies were profoundly convinced that the political system of their own nation was morally bankrupt.

In the twenty-first century, we are no longer dealing with a bifurcated picture. The storylines of Homeland explore the multilateral tensions arising from American involvement in the Middle East. Although characters are often motivated by ethical convictions, every situation is so loaded with complexities that any judgement is compromised.

There are loyalties to home and family, but these don’t always take precedence. “I have a wife and two kids who I love,” declares Brody in the video he has prepared for broadcast after a planned suicide bombing. “I love my country,” he goes on, but the true terrorists are the vice-president and his national security advisers “who I know to be liars and war criminals.” The bombing plot is derailed, but Brodie remains on a suicide mission that can’t be impeded. The very certainty of his convictions, and his overriding need for that certainty, will inevitably have fatal consequences.

Mathison and Berenson, the two characters who have remained at the centre throughout the series, are survivors — political hardheads, virtuosos of the tactical manoeuvre. Whether or not they love their country, they love their work. And that, essentially, is what makes the series so compelling.

As a psychological thriller, its weave of action and motivation is as sophisticated as any that might be encountered in the real world. A high commitment to accuracy in the portrayal of secret service operations has been sustained by annual “spy camp” retreats for the showrunners and leading cast members. Here they put in fourteen-hour days with an intense schedule of question-and-answer sessions with former CIA operatives, ambassadors, military strategists, foreign correspondents and security advisers. It is, they attest, “an avalanche of unsettling information.”

Actors often bring special knowledge of their own. One of the showrunners recalls being interrupted in an extended briefing to a new cast member playing a Mossad agent to be told, “I was in Mossad.”

Action scenes on the streets in Kabul, Tehran or Peshawar alternate with dialogue scenes in Washington. Writers and actors seem in perfect coordination, creating razor-sharp enactments of how people versed in every strategy of deception try to read each other.

“The art of it was to forget everything except the ground you stood on and the face you spoke from at that moment,” says Magnus Pym, the central character in le Carré’s A Perfect Spy. Pym learns this art early in life, but for Carrie Mathison, battling to regain some form of orientation after her ordeal in Russia, the problem is remembering where and who she is. That might be a dilemma shared by a nation whose quest for homeland security is a chimera. • 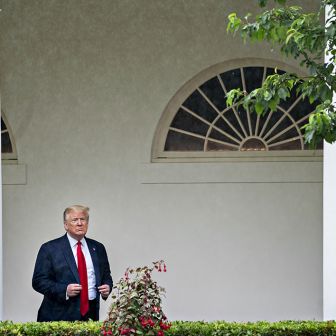 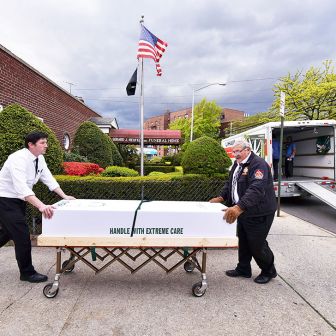 Essays & Reportage Which side are you on? Michael Bartos 18 May 2020 Is the Trump administration using the pandemic to reorder the international landscape? 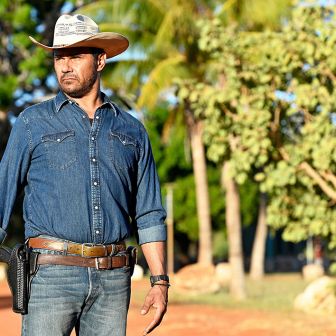 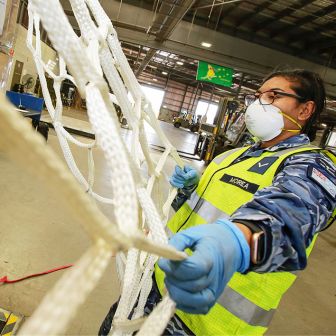 International Geopolitics meets pandemic in the Pacific Nic Maclellan 6 May 2020 As Pacific island nations reel from Cyclone Harold and the coronavirus, US–China tensions are complicating the path to recovery
Close

Less than two years after its historic election win, Malaysia’s ruling coalition is in chaos. How did it come to this?

Man in the middle: Mahathir Mohamad (centre), now Malaysia’s interim prime minister, arriving for a press conference at his office in Putrajaya yesterday. Parliament will pick a new prime minister after the king failed to establish who has majority support following the collapse of the ruling coalition. Vincent Thian/AP Photo 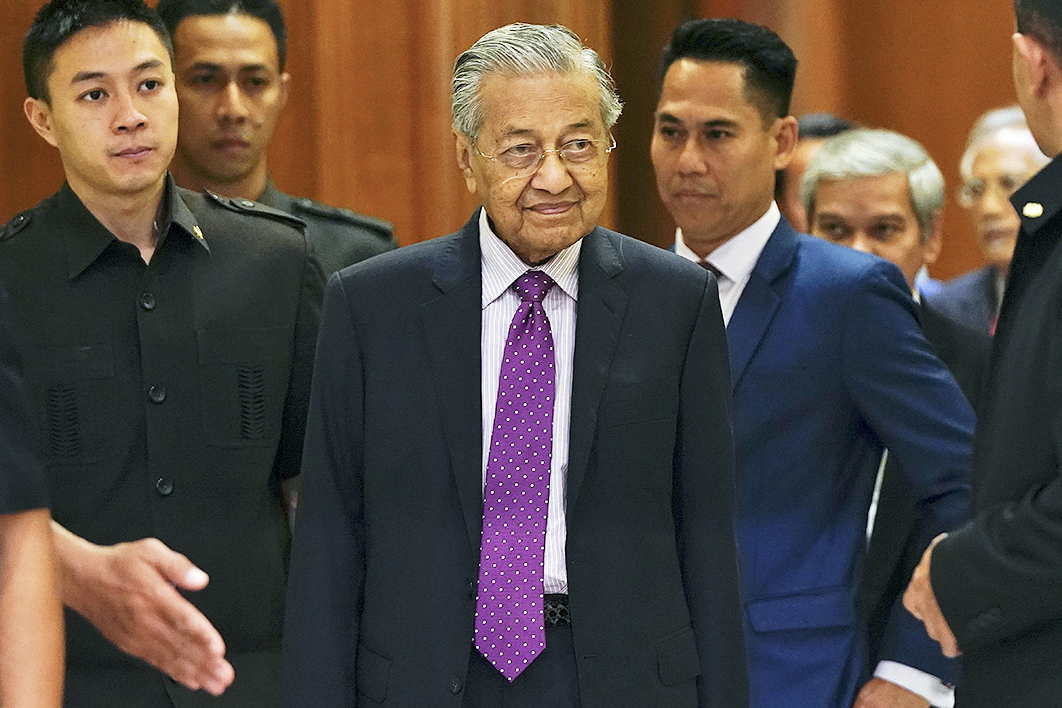 Man in the middle: Mahathir Mohamad (centre), now Malaysia’s interim prime minister, arriving for a press conference at his office in Putrajaya yesterday. Parliament will pick a new prime minister after the king failed to establish who has majority support following the collapse of the ruling coalition. Vincent Thian/AP Photo