Hong Kong is testing the limits of a hybrid system tailored to the needs of Mainland China, writes Kerry Brown. And the results will be closely watched in the West 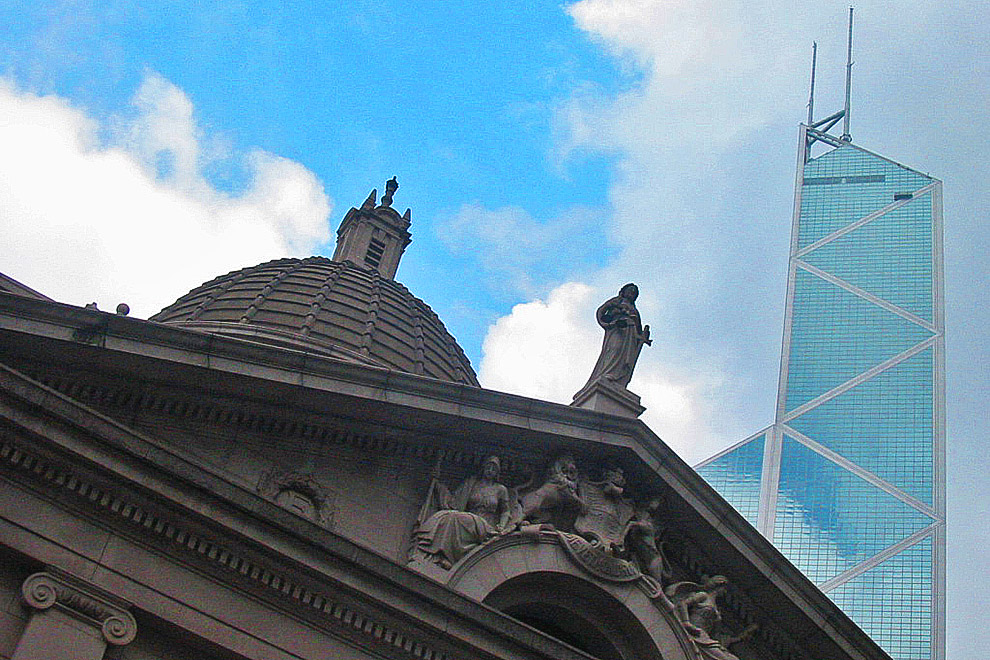 Stability and risk: the Legislative Council and Bank of China buildings in Hong Kong. ElphHK/Flickr

A decade and a half ago, the late Gerald Segal wrote a celebrated article simply entitled “Does China Matter?” For all the hyperventilating in the mid 1990s about its economy and global position – the fact that its population made up a fifth of humanity was the most cliched way of encapsulating this – China would never overcome its huge internal problems, Segal argued, and would never become the global force people were expecting. A similar argument had been used by the playwright George Bernard Shaw about the Soviet Union over half a century earlier.

Recent years appear to have proved Segal wrong. China does matter, economically, politically, environmentally. Its clout is great enough to have inspired a series of preemptive actions by the United States over the past few years. Its influence is considerable, and no one disputes this much anymore.

Even so, there is an aspect of Segal’s argument that is worth recalling. China does matter, but it matters in terms of how it competes on terms that the outside world – particularly the European Union, the United States and the other multi-party modern democracies – have already established. Despite some valiant attempts to highlight the merits of China’s governance system – most recently from political scientist Daniel Bell in his book The China Model – the countries considering replacing their own governance system with a sinified hybrid-Marxism are, to put it mildly, few and far between. Electorates in Europe, North America and elsewhere might be increasingly irritated by their governments, but precious few credible voices are proposing China’s model as an alternative.

Even in China, the consensus is that while “socialism with Chinese characteristics” might be working okay, its title gives a clue to its relevance to the rest of the world. This is a model for the Chinese, and it would be eroded if it were to be used elsewhere. Tellingly, the most fervent believers in the Chinese model and its wider relevance – people like Bell – are largely non-Chinese.

Not that elements of China’s past three decades haven’t been interesting to other countries. China’s ability to build infrastructure quickly and to energise parts of its economy through tactical government funding have been looked at and, in some places, adopted as a template. But the brute answer to part of what Segal was getting at – does China’s vision of its governance and politics matter? – is simple: only to itself.

This makes the question of Hong Kong more interesting than it first looks. To most observers, Hong Kong’s recent travails have been a story of colonial abandonment by the British in 1997 (albeit done decorously and politely) and gradual annexation by Beijing. Segal himself opined on this issue a couple of years before the 1997 handover when he argued, probably correctly, that the British had no real negotiating power with the Beijing government in the lead-up to the reversion of sovereignty, and were largely operating within China’s understanding of its own best interests. For Beijing, the financial and trade value of Hong Kong meant that its stability was important. When the British talked to this set of self-interests, it raised few problems for their interlocutors.

But the British failed to convince their Beijing counterparts that Hong Kong’s economic prowess was intrinsically tied to its becoming a full, multi-party, universal-franchise democracy. Over the past year, we have learned that Beijing remains as unconvinced of this today as it was then. It still subscribes to the view that a free-market economy, rule of law and a relatively free press can operate without full-on democracy. Hong Kong seems to be proof of that, at least so far.

The real importance of Hong Kong is located precisely here, in this question of just how durable and sustainable this model of partial democracy and economic vitality really is. Among liberal democracies, the consensus would be that free speech, rule of law and public participation through multi-party elections are all ultimately part of the one package that enables the economy to thrive. Even Singapore, the usual exception to this logic, seems to be following the logic by gradually allowing much more competitive elections.

Much of Hong Kong’s importance for Mainland China, and for the rest of the world, lies in the stability of the legal system underpinning the services sector – mainly finance – that accounts for 90 per cent of its economy. Since 1997, the idea (at least subliminally) has been that gradually, in order to preserve this economic model, Hong Kong would need to develop into a full democracy, with direct elections for the chief executive and Legislative Council rather than the limited system that prevails now. During 2014 and into 2015, this narrative has been disrupted. In fact, the most we can now say is that if Beijing buys into this story, it does so within a much longer time frame. It mandated only the most modest of developments for 2017, and these were rejected by the Hong Kong Legislative Council this year.

Some commentators might interpret Hong Kong’s recent travails as evidence that it will fade into irrelevance in the face of the rising Mainland. But that would be to fundamentally misread the strategic importance of the city and its significance to the China story. In this story, the important thing is not so much the future of the city as an economic and trade centre, or even as a portal into the Mainland, but the insight it gives into what full Chinese modernity might look like. Hong Kong occupies the front line in China’s struggle to modernise; it has been given a privileged status largely in order to show in a controlled way how this might work, and how elements could be emulated in China itself.

In this struggle, stability and risk clash with each other, with preservation of the former taking precedence over the benefits the latter might entail. Beijing might want to reform and innovate, but it also desires to control, and it spends most of its days trying to think how best to square this circle. For all the potential benefits of more radical political reform in Hong Kong, fear of contentious local politics proved too much. Beijing set narrow parameters for what sort of electoral reforms were allowed, and a significant proportion of Hong Kongese were unconvinced by what was offered. For the time being, the status quo prevails, but it is hard to see this lasting very long.

Hong Kong is so important because it shows the clash of two worldviews. On one side is the set of assumptions left by the British – that a modern economy with free markets needs the rule of law, a free media and some kind of political competition. Against this is Beijing’s belief that such an economy can develop, with controlled freedoms, only under the unifying umbrella of a single party. Rule by law can exist, and the media can be free to report within clear red lines that it violates at its peril. Ahead of anywhere else on the Mainland, notably Shanghai, Hong Kong’s development will test just how realistic Beijing’s preference for control rather than Western-style modernity really is. Hong Kong matters less as a finance and trading centre than as the battleground on which to prove the viability of a set of ideas about politics and governance. •