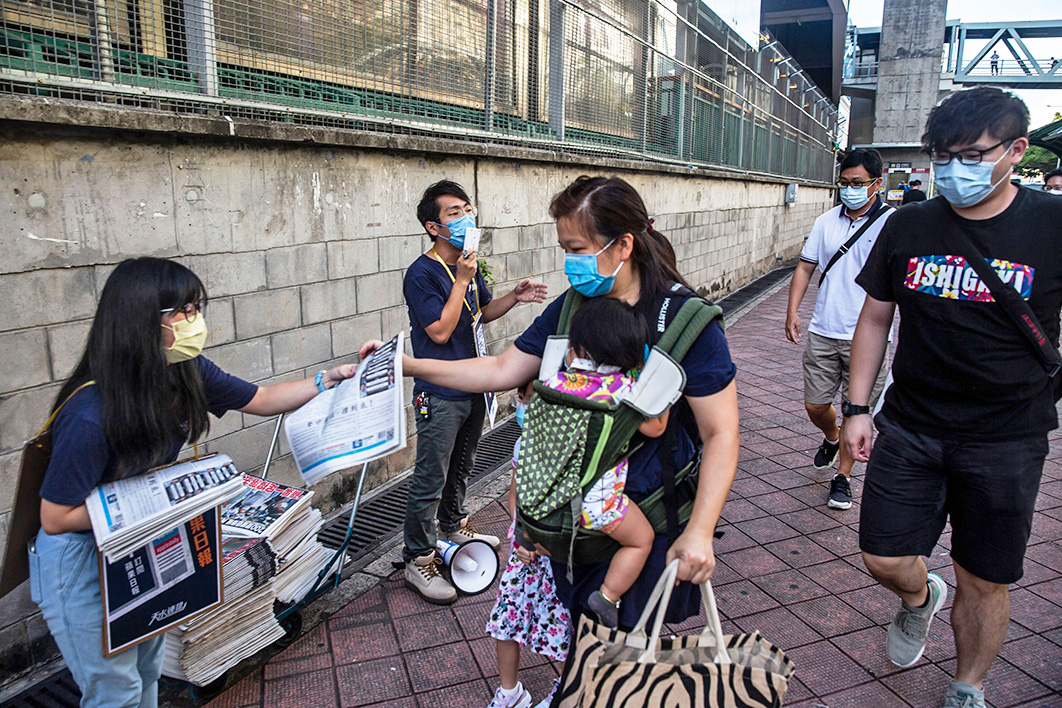 The last British governor of Hong Kong, Chris Patten, famously called the city a place of “liberty without democracy.” Patten’s phrase captured Hong Kong’s unique position — which would bring with it unique problems.

Under Hong Kong’s unusual post-handover political and constitutional arrangements, democratic participation is severely constrained. The chief executive, who heads Hong Kong’s executive-led government, is elected by a 1200-person committee dominated by pro-Beijing business interests. Only half of the seats in the city’s legislature, the Legislative Council, are elected by universal suffrage, the remainder again going to small special-interest groups called “functional constituencies.” Yet extensive rights and freedoms are guaranteed by Hong Kong’s constitution, the Basic Law, including freedoms of expression and assembly.

It’s an unusual combination. Most countries that enjoy a similarly broad range of civil and political rights do so within the context of liberal democracy. When citizens disagree with their government, they are free to protest; but they may also, as the saying goes, vote the bastards out. Likewise, most countries that don’t have democratically elected governments also circumscribe rights and freedoms, making public protest impossible. Under those authoritarian regimes, you can’t vote the government out, and you also can’t criticise or protest against it.

Hong Kong’s unique dynamic explains why it became — to borrow the title of my first book — a city of protest. If the people of Hong Kong were unhappy with government policy, they couldn’t vote out their government, and nor could they participate meaningfully in the policymaking process. But they could exercise their freedoms of expression and assembly. So they protested.

In turn, political protest proved to be an effective means of forcing political change, from stopping the enactment of the Article 23 national security law in 2003 to forcing the government to abandon a compulsory patriotic education curriculum in 2012. This held true for the 2019 protests, which successfully stymied chief executive Carrie Lam’s proposed extradition bill.

But this unique arrangement left Hong Kong in a state of disequilibrium. Indeed, its very uniqueness attested to the fact that this precarious balancing of a high level of rights and freedoms against a low level of representative democracy was not a natural state. As I wrote in the conclusion to City of Protest, in the aftermath of the Umbrella Movement, “As long as the disequilibrium between rights and freedoms and representative democracy prevails in Hong Kong, the competing pressures to right that imbalance will also persist.”

Both the Umbrella Movement and the protest movement of 2019 aimed to tackle that disequilibrium by pushing for increased democracy. At the same time, though, as I also noted in 2016, “there is also another way to address the disequilibrium: reduce the rights and freedoms that Hong Kong enjoys.” I envisaged measures such as a continuation of the government’s “lawfare” campaign — the politicised use of Hong Kong’s legal system to target opposition politicians and dissidents — as well as efforts to undermine the electoral system, attacks on the free press, “rectification” of the education sector, and deeper penetration of society by united front groups.

Now, some four years later, we are seeing that strategy come to fruition, for the national security law seeks to do all of these things.

The new law is not simply about creating four criminal offences to close a “loophole” in Hong Kong’s law, or about dealing with risks — real or phantom — to China’s national security. The law is about systematically criminalising dissent and dismantling the legal structure that has enabled past protest movements, putting a permanent end to Hong Kong’s cycle of protest.

This is why so many of the law’s provisions appear to have been crafted precisely to target the strategies of past protest movements. Occupying roads and blockading government buildings, as they did in the Umbrella Movement or in 2019, would now constitute criminal subversion. Interfering with transport systems, whether by blocking the cross-harbour tunnel, vandalising MTR stations or cutting traffic lights, all of which they did in 2019, is now an act of terrorism.

The list goes on. Ordinary citizens supporting protesters by donating money or goods, offering to drive them home from protests or even providing them with information would now be committing the crime of assisting terrorists. Even simply chanting protest slogans and waving banners would invite arrest for secession or subversion, or a ban on running for public office. The law appears specifically targeted to end political protest, once and for all, in Hong Kong.

Yet the city’s ever-adaptable dissenters are finding new and creative means to protest. When authorities declared that certain protest slogans were “inciting secession” and thus illegal, protesters held up blank sheets of paper representing the banned characters. When pro-democracy cafes and restaurants were told their decorative Lennon Walls — collections of colourful Post-it notes bearing protest slogans — were “inciting subversion,” they replaced them with walls of the same colourful notes, devoid of slogans. The semiotics of protest is so strong in Hong Kong that the message is unambiguous, even without the slogans. Some stores cheekily turned to displaying posters and slogans from China’s Cultural Revolution, with one favourite being a quote from Mao Zedong: “Wherever there is repression, there will be resistance.”

This past week, when authorities arrested pro-democracy media tycoon Jimmy Lai and sent hundreds of police to search the newsroom of his paper, the Apple Daily, the community engaged in activism with their wallets, buying up copies of his newspaper in the hundreds of thousands and buying shares in his Next Media Group on the Hong Kong Stock Exchange, sending the price soaring more than tenfold.

Hong Kong’s dissidents must hope that they can use these creative forms of activism to continue their push for increased democracy while navigating the minefield of the new national security law. If they don’t succeed, then Hong Kong’s unique, delicate disequilibrium of “liberty without democracy” may finally be resolved. And it won’t be in democracy’s favour. •

Antony Dapiran is a Hong Kong–based writer and lawyer, and the author of City on Fire: The Fight for Hong Kong, published earlier this year by Scribe.

Here is the news (good and bad) for local readers

Despite the shaky business model, the thirst for local news hasn’t gone away in regional Australia 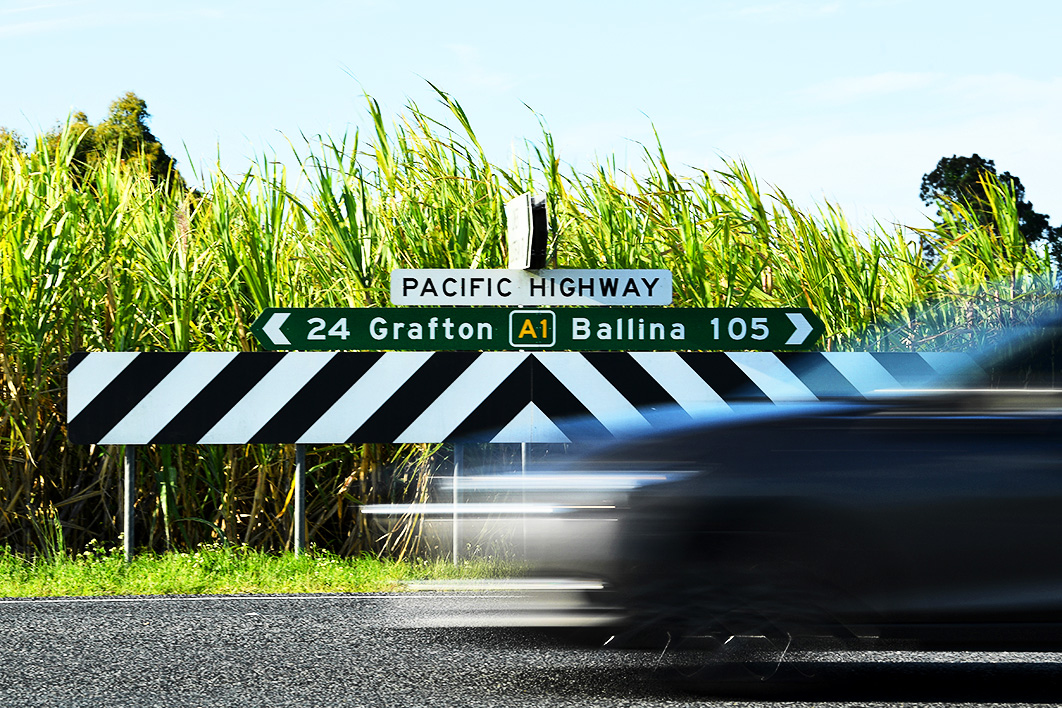