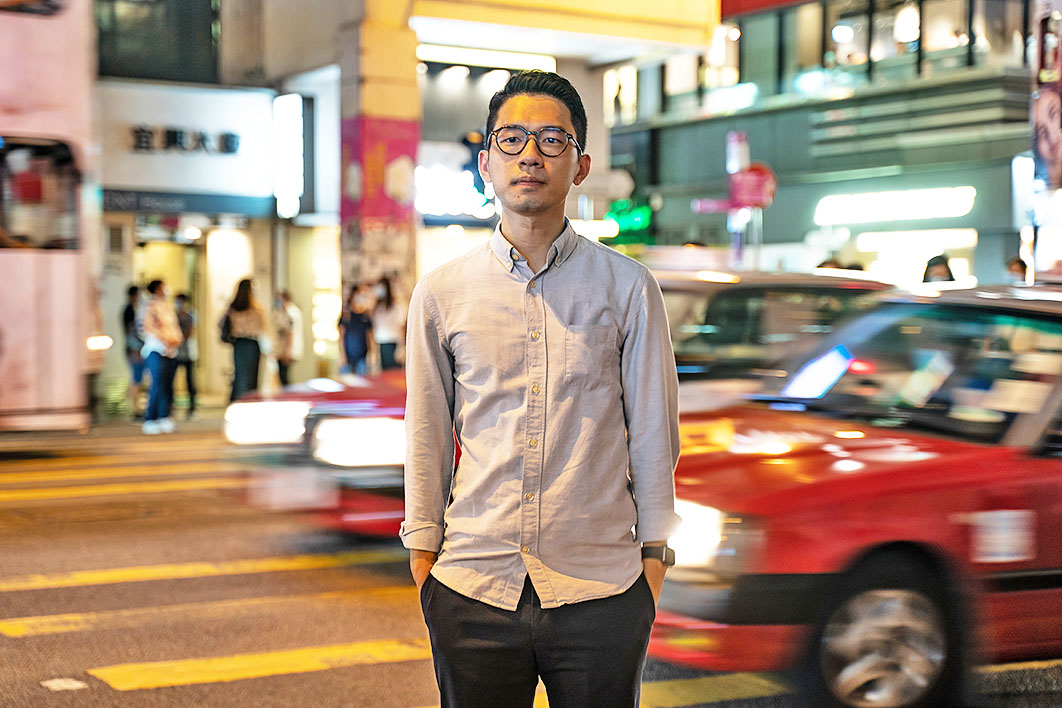 When Beijing imposed its sweeping new national security law on Hong Kong last week — twenty-three years after the British handed control of the territory to China — it felt like a repeat of that dramatic shift in power. At a stroke, the new law remade the political and legal order in Hong Kong, introducing four broadly defined criminal offences — secession, subversion, terrorism and foreign collusion — adding national security branches to the police and public prosecutor’s office, and opening the door for the mainland’s state security apparatus to operate in Hong Kong.

Amid the extensive criticism of the new law, though, one group of voices has been conspicuously quiet: that of the broad alliance of Hong Kong’s pro-democracy, anti-government politicians, referred to as the “pan-democrats.”

This alliance secured a landslide victory in local council elections in Hong Kong last November, winning majorities on seventeen of eighteen district councils. Coming after half a year of sometimes violent anti-government protests, those elections were seen as a referendum on the protest movement. With record turnout, the overall sentiment of the Hong Kong people was unambiguous.

This September will see much more significant elections for the Legislative Council. The pan-democrats had hopes of another strong showing, with some even hoping they might win a majority in the heavily gerrymandered legislature for the first time ever. This would put them in an unprecedented position to put pressure on the government’s agenda. Some had even suggested they might attempt to push their case for democracy by blocking supply to force a constitutional crisis.

But now they find themselves at a crossroads, with their future relevance called into question.

They have good reason to be cautious. The new law requires candidates for public office to swear to uphold Hong Kong’s constitution, the Basic Law. Given that the national security law is itself incorporated into the Basic Law, some pro-government figures have suggested that merely criticising the new law would break this oath, barring the critics from office.

Beyond this, though, the national security law rewrites the rules of the game for the pan-democrats, fundamentally challenging how they campaign and how they behave in office.

The pan-democrats have always fought elections on an explicitly anti-government, pro-democracy platform. Their key policies have traditionally included opposition to a national security law and the promotion of universal suffrage — the first overruled last week by Beijing, the second increasingly difficult to achieve as the mainland tightens its grip on this inappropriately named “autonomous” region.

The structure of Hong Kong’s political system places the pan-democrats in the position of permanent opposition. Only half of its legislature, the Legislative Council, is elected by universal suffrage. The other half is elected by a small circle of special interest groups called “functional constituencies,” which represent various industry, professional and business bodies, and are dominated by the pro-Beijing parties. As a result, the pan-democrats consistently win a majority of the popular vote but only ever occupy a minority of seats.

In their opposition role, the pan-democrats have traditionally organised and engaged in protest actions, both on the streets and inside the legislative chamber, including filibustering and other procedural tactics. The result has been some wild scenes in recent months, as pan-democrat legislators fought (sometimes physically) to prevent the pro-Beijing parties wresting control of a key house committee. After noisy protests and scuffles saw pan-democrat legislators forcibly ejected from the chamber, the pro-Beijing side prevailed and pushed through a controversial law outlawing insults to the Chinese national anthem.

Similar disruption would now place the pan-democrats at risk of prosecution under the new national security law. Among other offences, the broadly defined crime of subversion includes the use of “unlawful means” to “seriously interfere in, obstruct or harm” the functions of a Hong Kong government body. That’s a wide enough definition to catch many of the pan-democrats’ recent protest actions in the legislative chamber as well as the “occupation” strategies of the street-level protests led by their key figures.

Last June, a proposed extradition bill was effectively stopped when tens of thousands rallied to blockade the Legislative Council building, preventing legislators from convening their meeting. Pan-democrat lawmakers were on the frontlines of those protests, wielding megaphones to cheer on the crowds and mediating between protesters and police. That protest would now constitute criminal subversion.

To the extent that protesters damaged transport infrastructure, including traffic lights — again, a frequent occurrence during last year’s protests — they could be prosecuted for terrorism offences under the new law, with anyone inciting or supporting such activities also criminally liable. Pan-democrats will now be forced to reconsider their role in the street protests, especially when the protests risk becoming violent.

Pan-democrats had also been active in international outreach, travelling the globe to meet with foreign governments to solicit their support for Hong Kong democracy. It has been particularly galling to Beijing to see anti-government activists meeting with US congressional leaders, courting the US administration and cheerleading for sanctions.

Those activities will now constitute the crime of colluding with foreign governments to endanger national security, forcing pan-democrats to step back from this role. Indeed, prominent young activist Nathan Law last week announced that he would be going into voluntary exile in order to continue his international advocacy for Hong Kong out of reach of the law.

Beijing has also added one final wrinkle: anyone who is convicted of any offence under the new law, no matter how minor, will be disqualified from running for public office, apparently permanently. Any sitting member or public servant so convicted will be removed from office.

It is hard not to conclude that one of the aims of the national security law is fundamentally to redraw Hong Kong’s political landscape. This was suggested by an unnamed mainland political expert who told the state-owned Global Times that the new law would “change the psychological expectations of pan-democratic groups” in Hong Kong.

As Hong Kong heads towards September’s elections, pan-democrat candidates are likely to feel demoralised. Forced to second-guess the acceptability, or even legality, of their campaigning, they may find themselves having to speak in code to their supporters among Hong Kong’s residents.

Even if successfully elected, they will be deprived of their traditional tools and will need to rethink their role as opposition legislators. We may see them go the way of opposition parties in other Asian states, relegated to the position of an irrelevant and marginalised sideshow, ignored by the government as a minor irritation, their views deprived of oxygen in the mainstream conversation.

Despite its structural democratic deficit, Hong Kong has for decades been characterised as one of Asia’s most vigorous polities, with a strong civil society. The smothering of pan-democrat political parties would be a sad, retrograde step. If it is accompanied by a plunge into the self-policing mindset of an authoritarian state, then it suggests a dim future for the people of Hong Kong. It will take courage — and considerable personal risk — for Hong Kong democrats to stand their ground. •

Antony Dapiran is a Hong Kong–based writer and lawyer, and the author of City on Fire: The Fight for Hong Kong, published earlier this year by Scribe.