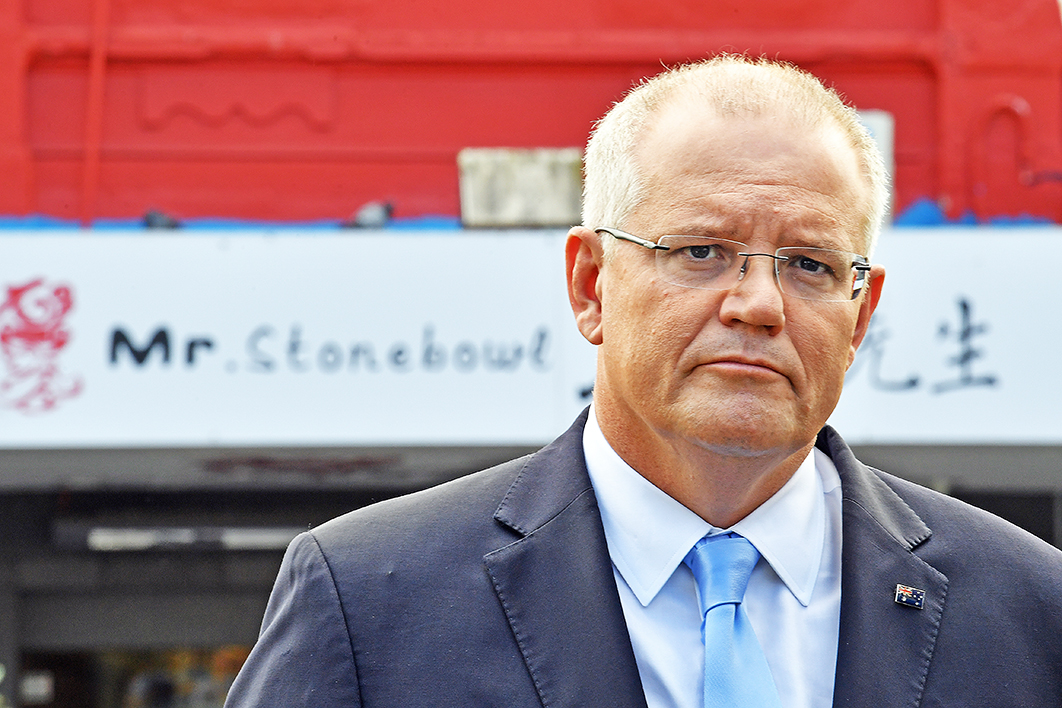 Speaking on Ten’s The Project last week in the wake of the Christchurch massacre, Waleed Aly quoted from a 2011 article by Lenore Taylor alleging that Morrison, the Coalition’s shadow immigration minister at the time, had “urged the shadow cabinet to capitalise on the electorate’s growing concerns about ‘Muslim immigration,’ ‘Muslims in Australia’ and the ‘inability’ of Muslim migrants to integrate.” A few days later the prime minister was on The Project telling Aly that, yes, he had brought up the subject in that 2010 meeting, but with a quite different aim. He had been “acknowledging that there were these fears in the community and that we had to address them, not exploit them.”

The explanation was patently absurd, and believed by not one soul in the country. Even so, the original account of that event eight years ago never really made sense. For a Liberal tactician in 2010 to urge his party to “capitalise” on community “concerns” would have been like suggesting a campaign against the “carbon tax” — in other words, utterly redundant.

The Coalition had been picking at migration fears in general, and Muslims in particular, on and off since a certain toxic election campaign seventeen and a half years ago. That campaign, which culminated in a win, had removed a “no go” sign from that particular political strategy.

The 2001 election has polluted our politics ever since, particularly on the conservative side. Decisions by Liberal apparatchiks to letterbox fake Labor–Muslim pamphlets in Greenway in 2004 and Lindsay in 2007 (both in western Sydney) didn’t arise in a vacuum. And only this month a Liberal senator bombastically linked boats with terrorism on the ABC’s Q&A. (As far as I know, not one refugee or asylum seeker who has arrived here by boat has ever been even accused of involvement in subsequent terrorism.)

Under Tony Abbott, leader at the time of Morrison’s alleged remarks, the rhetoric was ramped up to 2001 levels. Most likely Morrison pushed the limits by suggesting something explicit, like stopping or limiting Muslim immigration. Coincidentally, the Sydney Morning Herald’s Peter Hartcher reported this week that in 2014 Morrison, now in government, proposed a “multibillion-dollar program to build new mass detention facilities in Australia for asylum seekers who were living in the community on bridging visas” — that is, a mass round-up and incarceration.

The plan had to do with the government’s freeze on protection visas, and the fear that people might disappear when their bridging visa expired. Prime minister Abbott eventually vetoed it.

It’s reasonable to say that Morrison would not be prime minister today had he not been so aggressively divisive in the immigration portfolio. His tenure there as shadow and then as minister elevated his persona in the Liberal party room from suspiciously leftish Christian semi-entity to hero of the hard right.

Neither Peter Dutton nor Morrison was going to ride a wave of public adulation to the top; it could only be done internally, in the party room and the wider Liberal movement. And for one of them it worked.

Nor did Morrison’s later, juvenile stunt with the lump of coal in question time do him any harm where it mattered at the time: among Liberal MPs. Remember, he only defeated the even-more-right-wing Dutton 45–40 in last September’s leadership spill. But with the government now eager to convince of its bona fides on climate change, images of that event have become embarrassing.

I suspect Morrison is as upset as most Australians are about the monstrous Christchurch event and would love to be the prime minister who unifies his nation in its time of horror. His words and actions since then, taken in isolation (when he hasn’t been on the defensive) have been appropriate. (Even before his New Zealand counterpart, he labelled the atrocity right-wing terrorism.) He might now regret his past behaviour — while realising he would not be where he is without it.

Nasty rhetoric from politicians and sections of the media obviously does influence people’s behaviour. It probably encourages harassment of women in headscarves, for example. But to blame it for the actions of an obviously suicidal individual with a barren personal life who immersed himself online, plugged into a global sewer, is a stretch.

If Brenton Tarrant hadn’t been “radicalised” he might have followed Martin Bryant’s example in Port Arthur instead. He went to New Zealand because of their gun laws. That’s more important. As is the role of social media.

But nine years ago Morrison was handed the job of immigration spokesman during a particularly toxic period in the Liberal Party — the Abbott years — and he rolled up his sleeves and followed the duty statement.

And because of that, no matter how much he wants it, he can never be that unifying mourner-in-chief. •