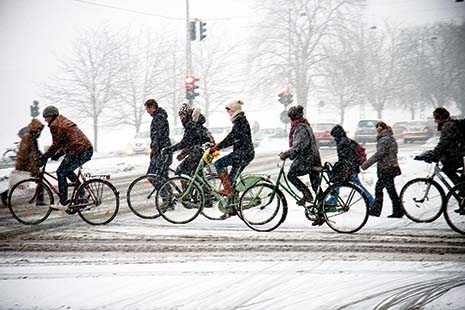 THE Danish political drama Borgen tells the story of Denmark’s first female prime minister as she moves inexorably from sanguine idealism to expedient pragmatism. To an Australian viewer this narrative arc might seem mundane, but a few things about the series really do astound.

For starters, prime minister Birgitte Nyborg rides a sturdy-looking bike to work in her office clothes, her briefcase nestling in a wicker basket attached to the handlebars. (Tony Abbott take note: she doesn’t wear lycra and she’s never followed by TV news photographers.) Secondly, all the political interviews on television are conducted standing up – no comfy studio chairs for these fit, bike-riding Danish politicians. And lastly, the appropriateness or otherwise of minority government is never questioned – the Danes just get on with it.

Like a real-life Danish PM, Nyborg’s days are mainly taken up with forging and reforging coalitions with Denmark’s other parties to keep her party, the Moderates, in power. In this country of just five-and-a-half million people and nine significant political parties, there hasn’t been a majority government since 1901. And even though it has weakened in recent decades, Denmark’s famously social-democratic tradition seems hardwired into the brains of all its politicians, even, it would seem, the ones from the centre-right Liberal Alliance. Never mind Monopoly – the really popular board game in Denmark, you won’t be surprised to learn, is called Konsensus.

Borgen, which is the Danes’ nickname for the Christiansborg Palace where their parliament sits, is a sort of Nordic West Wing with subtitles; and like other recent Danish drama series, such as the police procedurals The Killing and The Bridge, it’s been successfully exported around the world to great critical acclaim.

These TV shows are just the most visible emblems of Denmark’s intriguing cultural renaissance. From its restaurants to its furniture designers, this inoffensive Scandinavian country has become a globally admired cultural maven-state. If nations were global brands then Denmark would be the equivalent of Apple. Over the last few decades, Denmark has become Way Cool. How did this happen? To try to answer this question, Patrick Kingsley, a feature writer at the Guardian, spent some time among the Danes researching How to Be Danish, a short, entertaining take on Denmark’s surprising rise to global prominence.

YOU would think that a national cuisine that relies on tantalising its diners with dishes made from beech nuts, sea urchins and mould (yes, mould) would have a bit of trouble attracting anybody but the really, really hungry. Yet the New Nordic Cuisine movement has reinvented what good food should be in Denmark, not by writing a prescriptive recipe book but by proselytising a shared set of values: make it local, seasonal and Nordic. Indeed, the world’s best restaurant for the third year in a row, according to Restaurant magazine, is Copenhagen’s Noma, which serves just seventy people at a sitting and is booked out three months in advance.

Back in 2004 the men who created Noma – chef René Redzepi and food entrepreneur Claus Meyer – set out to “create a new Nordic kitchen” by issuing a manifesto that called for an overhaul of Denmark’s frankly boring food culture. Somehow they convinced their fellow Danes that there was more to Danish food than mass-produced dairy products and microwaved dinners. And today, the in-house chef at the Nordic Food Lab, which conducts experiments on behalf of Copenhagen’s top restaurants, can cook up a slab of fried barley mould and call it breakfast.

All this might just be a niche market for dedicated foodies, of course, but for the fact that Denmark’s agriculture and food industries have been swept along by the movement’s wave of culinary innovation. Food producers that once relied on price and volume in international markets are now increasingly relying on diversity and quality to make sales. Once famous for the uniformly unexciting character of its food, in less than a decade this has become a nation with an exciting food culture – and the change shows up on its balance of trade.

Understanding how Denmark’s mini-revolution in food came about tells you a lot about how the vibrancy of twenty-first-century Danish culture has been created. In areas as diverse as furniture design, urban development and TV drama production, a small group of Danes became frustrated with their nation’s stodgy traditions and set out to shake things up. They took a Danish problem, gave it a Danish twist, and created something new and exciting.

When the nation’s public broadcaster, DR, for example, set out to produce high-quality TV drama, it sent its producers and writers to the United States to study how things were done in Hollywood. But although they came back loaded up with the American production techniques of writers’ rooms and show runners – these are the executive producers who also write and shape a program over the long term – they didn’t slavishly follow the American Way by trying to make something “international.” Instead, they wrote stories drawn from Danish life. And today a million Danes sit down every Sunday night to watch shows like Borgen. Finding an international audience was just a bonus.

Kingsley’s book explains that all this ceaseless innovation rests on the firm base of the Danish Way of doing things. As a recent special report on Scandinavia in the Economist explained, the Nordic countries “are probably the best governed in the world.”

IT IS often forgotten that Denmark was once a vast medieval empire, “a Baltic sprawl that housed several states and a Babel of languages.” By 1864, when it ceded the Schleswig–Holstein region to Prussia, the Danish Empire had shrunk to its modern-day borders. “It was a moment,” Kingsley explains, “of huge national trauma.” Almost overnight Denmark was reduced to a tiny monoculture. It was time for the country to reinvent itself.

The father of modern Denmark is the nation’s greatest national hero – a priest, politician and visionary called Nikolai Grundtvig. As Denmark shifted from absolutist monarchy towards democracy, Grundtvig saw the need to create a sense of Danish citizenship. Humble subjects would be transformed into good democrats. Under Grundtvig’s guidance the education system would be extended to all, preaching a Danish philosophy of tolerance, openness, liberalism and dialogue. And 150 years later these ideas remain as strong as ever. Consequently, the Danish attitude to government is very different from that of Anglo-American-influenced countries like Australia.

Whenever they hear the word “Denmark,” free-market economists must surely reach for their revolvers. Consider some statistics. Tax revenue as a proportion of GDP is the highest in the world – 48.2 per cent in 2010. Public servants made up 31.5 per cent of the labour force in 2008. And government spending as a proportion of GDP in 2011 was a staggering 57.9 per cent. And all this after the impact of the global financial crisis and some unavoidably tough Danish budgets. For paying high taxes and supporting big government, the Danes get plenty of crash for their krone. Denmark has the lowest income inequality in the world, free tertiary education and generously subsidised childcare, which allows a whopping 70 per cent of Danish mothers to work.

Like its Nordic neighbours, Denmark has weathered the financial crisis pretty well. According to the Economist, not a noted cheerleader for the Danish Way, it ranked substantially higher than Australia in 2012 in terms of global competitiveness, ease of doing business, global innovation and prosperity. Plucky little Denmark must be doing something right. Its cultural traditions mean that it can accept the benefits of government intervention in the economy without sacrificing creativity and innovation. A pretty neat trick in the globalised, and frequently unstable, world economy of the twenty-first century.

In international relations a nation’s “soft power” – its cultural successes, its brand recognition, if you like – should never be undervalued, particularly for small to middle-sized powers like Denmark – and Australia. Britain may have James Bond, Australia might have Crocodile Dundee, but Denmark has Birgitte Nyborg. And she seems to be paying dividends. •

The man who wasn’t there 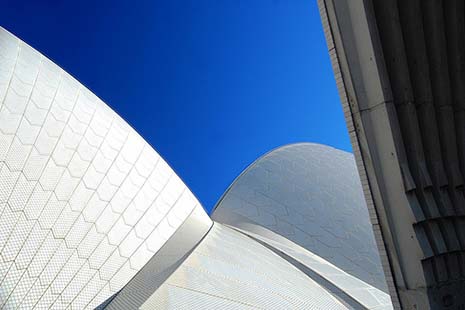