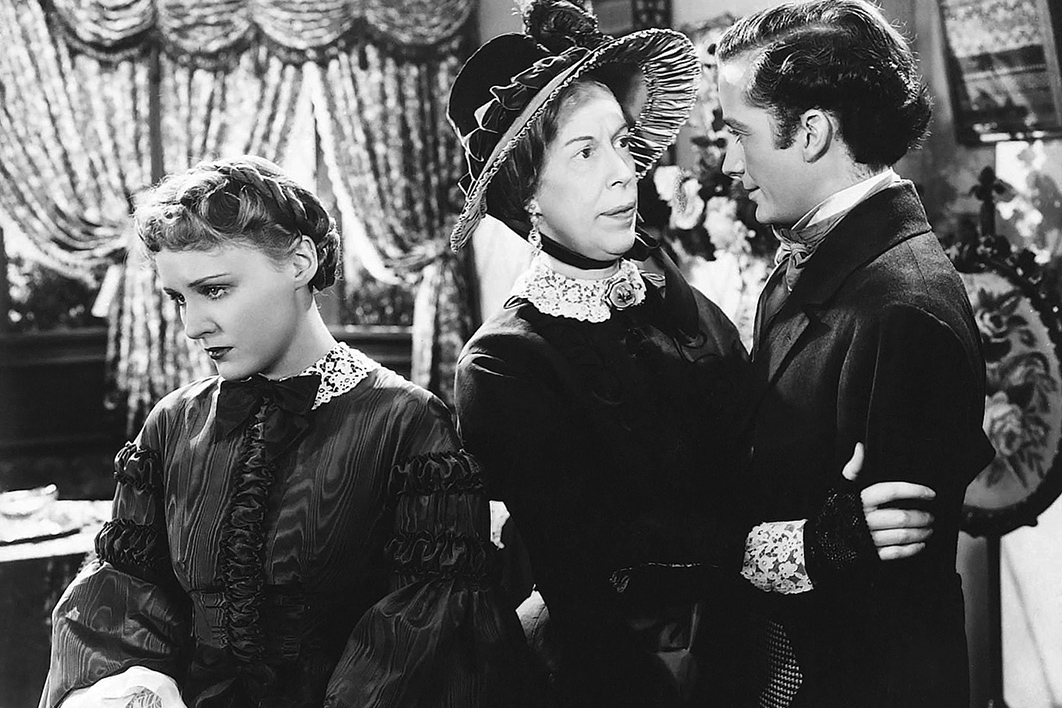 Hollywood and the Invention of England: Projecting the English Past in American Cinema, 1930–2017
By Jonathan Stubbs | Bloomsbury Academic Publishing | £72 | 213 pages

Think of Greer Garson bravely dealing with a Nazi escapee in her “English” kitchen, or the little boats headed off for the evacuation of Dunkirk, in MGM’s Mrs Miniver (1942). Or all those classy Oscar-winning American adaptations of English literary works — Cavalcade (1932) and Rebecca (1940), for example — or how American finance ensured the brief efflorescence of England’s Swinging Sixties films. Hollywood always needed British markets, and that influenced how Britain, and England especially, was depicted in films “projecting the English past,” as Jonathan Stubbs puts it in his subtitle.

The idea of film as a source of historical information, different from what can be found in novels and other art forms, let alone what is usually thought of as historical research, has led to some provocative studies over the years, so it is probably no more than coincidence that two other such volumes have come my way in very recent times.

One of them has this to say on the subject: “film is unrivalled in allowing the historian to observe the minutiae of everyday life, what they wore at home and at work, what they ate and how their homes were furnished.” That is the view of Philip Gillett in his Film and the Historian: The British Experience. In examining an extraordinary range of British films over six decades, Gillett persuasively suggests that the “popular art” of film inevitably reveals much about the nation’s life both at the time of production and, in the case of the historical film, the time of setting, but that the former is the more pertinent — to the historian anyway. Kent Puckett’s War Pictures: Cinema, Violence, and Style in Britain, 1939–1945 explores the ways in which three archetypal British films of the early 1940s (Henry V, The Life and Death of Colonel Blimp, Brief Encounter) may be viewed in the broader cultural context of the war years.

Jonathan Stubbs sets out not to make a close reading of the films he is concerned with — though more of that would sometimes have helped his case — but rather to consider how Hollywood dealt with aspects of English history. This recalls an earlier book, Mark Glancy’s When Hollywood Loved Britain: The Hollywood “British” Film 1939–45 (1999), which considered in detail the wartime period that scarcely figures in Stubbs’s book, but also echoes Hollywood’s ongoing concern — thematic and commercial — with Britain.

Stubbs chooses to limit his concern to “England” on the grounds that Hollywood dealt less prolifically with Scotland or Wales. His aim is “to explain the prevalence and the apparent popularity of Hollywood films set in England’s past… and why films of this type have resonated with audiences in America.” He proposes four perspectives from which to consider this phenomenon: practices of representation (mainly of the past rather than the English present); how the historical films reflect the contemporary conditions of their production; the relationship between popular culture and the broader historical context in which it is circulated; and the question of who gains from American film’s “projection of English oldness.” By “historical film,” he means one that in some way engages with the past, a definition that he realises embraces a wide range from detailed engagement with a specific period to the more informal manner in which some films simply reflect it.

What distinguishes Stubbs’s book from the other two I’ve mentioned is that he is at least as much concerned with film as an industry as with the individual films he has chosen to consider in his seven chapters. He is particularly interested in how the box office needs of American films (and the effect of Academy Awards on box-office potential) have influenced the films of his choice.

His first chapter, “The Uses of Literature: Adaptation and Englishness in the 1930s,” takes on screen versions of Dickens (David Copperfield, 1935), Shakespeare (A Midsummer Night’s Dream, 1935), Emily Brontë (Wuthering Heights, 1939) and Austen (Pride and Prejudice, 1940). With the imminence and then outbreak of war, films like the latter two took on a new significance: as well as making an appeal to middle-class sensibilities, they assumed importance for their deference to the literature of the nation that would become the US’s prime ally.

Other chapters include reflections on how, in the lead-up to the war, US filmmakers engaged with English imperialism in such films as The Charge of the Light Brigade (1936) and Gunga Din (1939). Stubbs identifies “a growing closeness between representation of the British Empire and the American Wild West,” both seen as white incursions into territories where indigenous ways of life were under threat. With war looming, he points out, the sites at which English imperial adventures were examined tended to move to, say, Africa, whose “imperial locations proved to be less contentious than Indian settings.” Stanley and Livingstone (1939), for example, was released just before the outbreak of war and, while it returns to England’s imperial past and its heroes, it can also celebrate the American reporter who found the missing American missionary-doctor (“Dr Livingstone, I presume,” as the famous one-liner has it).

Other chapters focus on postwar medieval adventure films such as Ivanhoe (1952) and The Knights of the Round Table (1953), in both of which Robert Taylor swashbuckled his way heroically against threats to “merrie England.” Stubbs also looks at how Hollywood-funded “epics” such as Around the World in Eighty Days (1956) and Lawrence of Arabia (1962) echoed changes in American attitudes in the cold war era. With the films now less overtly at one with the notion of British imperialism, the political context of these co-productions was apt to be more ambivalently realised.

The chapter on the Harry Potter franchise is almost entirely concerned with the business of getting the films made, and indeed my main issue with the book as a whole is that, thoroughly researched as it is, it becomes so preoccupied with the machinations involved in putting such productions together that it tends to lose sight of how “the English past” is being represented. This tendency, along with the films’ placement in their contemporary political climates, accounts for much more of the book’s length than interest in their artistic achievement.

This is essentially a book for film historians rather than buffs. The latter will want a bit more about the films as artefacts; the former will find some valuable resource material. All readers may feel that Stubbs’s concluding chapter attempts to reiterate the premises the book was based on, some of which seem to have been sidetracked along the way. •

Brian McFarlane is an Adjunct Professor at Swinburne University of Technology. His latest book is Four from the Forties: Arliss, Crabtree, Knowles and Huntington (Manchester University Press, 2018).

Does Canada still love a Trudeau?

The polls might not favour the Liberals to win this year’s election, but don’t count them out 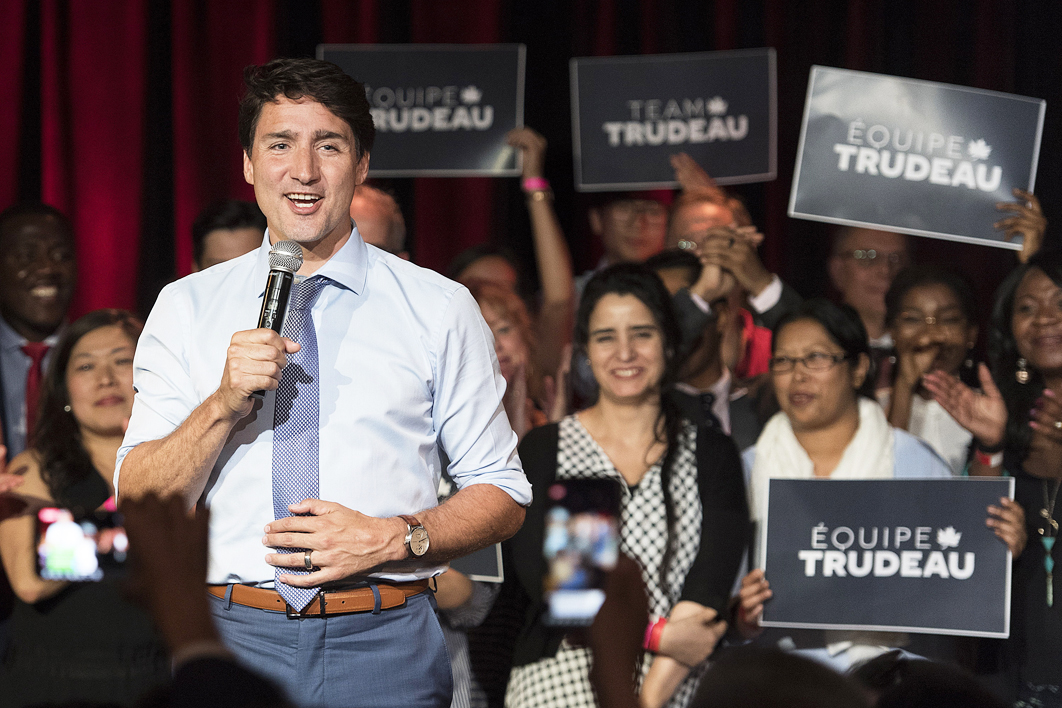