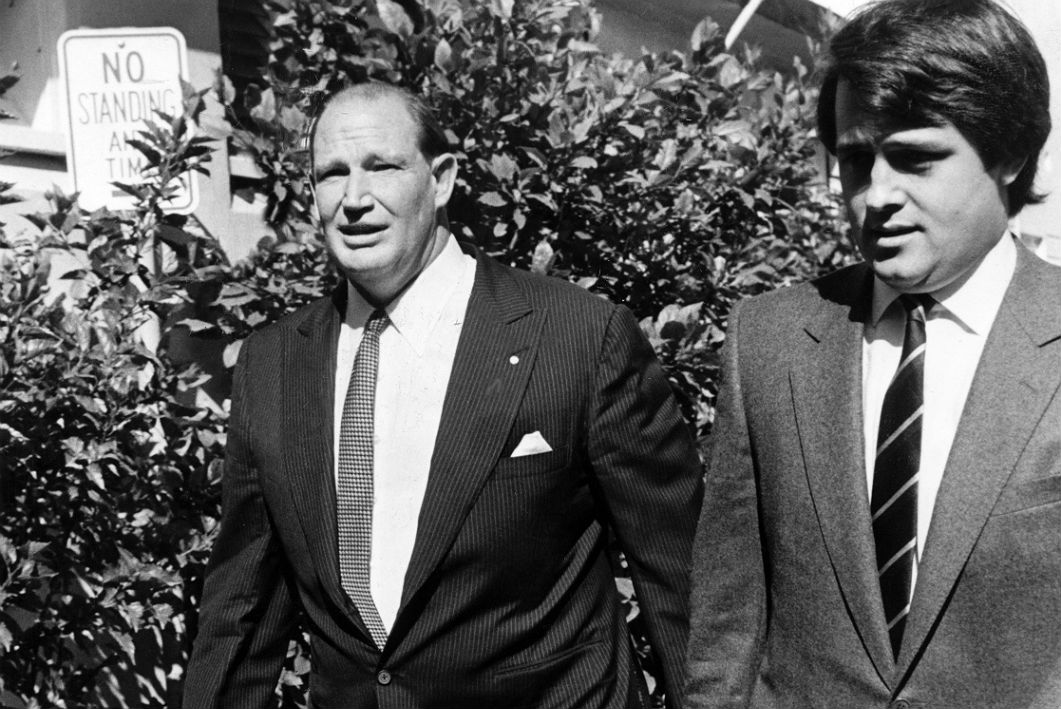 Few if any media issues in Australian history have provoked such a widespread and intense public response as Kerry Packer’s 1991 bid to buy 14.99 per cent of Fairfax as part of the Tourang syndicate he had organised with Canadian press proprietor Conrad Black and the American private equity group, Hellman and Friedman. Packer saw the stake as big enough to exercise effective control over the newspaper group.

Gough Whitlam and Malcolm Fraser had barely spoken to each other in the sixteen years following the vice-regal dismissal of Whitlam’s government in November 1975, but now, for the first time ever, they shared a political platform to oppose this threat of yet further media concentration. Both former prime ministers signed a protest letter organised by one-time National Party minister Peter Nixon, as did former Nationals leader Doug Anthony and a range of other former senior politicians. Large rallies were held in Melbourne and Sydney.

All Packer’s opponents stressed the negative consequences of the bid for Australian democracy. With Rupert Murdoch already dominant, press ownership was more highly concentrated than anywhere else in the democratic world. But there is no doubt personal antipathy to Packer also played a major part. As his biographer Paul Barry later reported, Packer “appeared to hate journalists, had a record of punching cameramen, and was ever ready to sue reporters who wrote about him.” At times, he had been an interventionist proprietor who enjoyed throwing his corporate weight around, and he had sometimes compromised journalistic professionalism.

Realising that he was losing the public relations war, Packer appeared on his channel’s A Current Affair, where he said that the idea of owning part of Fairfax “amused” him. Members of parliament were less amused. The following afternoon, within a matter of hours, a bipartisan petition gathered 128 signatures of the 224 federal MPs.

Public opinion itself was insufficient to stop the bid, but it was becoming increasingly unpalatable for the government to do nothing. A House of Representatives inquiry was called, with the Labor government holding a majority of positions on the committee. Packer’s appearance at one of its hearings was televised live and immediately entered Australian folklore. Viewed retrospectively, many of his assertions before the committee were at the least questionable, but more than the content it was the commanding tone that impressed. He overwhelmed the MPs’ questioning by both fair means and foul, simply ruling some areas out of bounds, for example, and sometimes treating the elected representatives with contempt.

“Packer was not just frightening, he was frighteningly smart,” writes Paul Barry. “As a public performer he was quite breathtaking.” Indeed, it was such a riveting performance that it was mentioned many times in the paeans of praise following Packer’s death, and surrounding his memorial service. Rarely mentioned, however, was the fact that just three weeks after this apparently wonderful performance, Packer had to abandon his quest for Fairfax.

When the chairman of the Australian Broadcasting Tribunal, Peter Westerway, appeared before the same committee a few weeks later, he announced an inquiry into the takeover. It would look at whether, as a member of the Tourang syndicate, Packer would be in a position to exercise some control over Fairfax and so be in breach of the cross-media laws. Two days after Westerway’s statement, Packer announced his withdrawal from the bid.

In crucial ways, Packer had mismanaged his attempt. Apart from the issue of media monopoly, and the hostility based on his own record, Packer’s major political problem was the central involvement of two people perceived to be doing his bidding. The Tourang consortium’s designated new chief of Fairfax newspapers was Trevor Kennedy, who had worked for the Packers for almost two decades. Also publicly prominent was Malcolm Turnbull, who had worked many years for Packer before becoming a merchant banker.

Ironically, despite the public perception that these two were Packer stooges, what eventually caused Packer’s failure was the internal pressure on them, and Packer’s failure to support them. The two executives from Tourang’s foreign partners, Brian Powers and Dan Colson, took command of many aspects of the bid, and sought to overturn agreements Packer had earlier reached with Kennedy and Turnbull. Packer conspicuously failed to stand up for them.

The first to go was Kennedy, who unexpectedly resigned in mid October. Publicly, he blamed the “McCarthyist” campaign against Packer, but this hid the tensions inside the camp, which were the real reason for his departure.

Turnbull was involved in the bid as a result of a shrewd tactical move he had made. Sinking under the self-inflicted debt incurred by Warwick Fairfax’s privatisation, Fairfax had sold junk bonds in the United States. Turnbull saw that the bondholders as a key to the future control of the company, and had the entrepreneurial vision and energy to secure control of them. Then he teamed up with an initially reluctant Packer and the other Tourang partners.

Like Packer, Turnbull had been a vocal critic of Fairfax journalists. But the other Tourang partners saw Turnbull as a political and managerial problem. At the parliamentary inquiry, Packer had been insultingly dismissive about Turnbull’s participation, saying there would be no future role for him, despite his desperate desire to be a director of Fairfax.

When the Tourang partners were putting pressure on Turnbull in November, Packer refused even to return his telephone calls. Turnbull later told Four Corners that he no longer considered Packer a friend — that Packer’s behaviour had ended seventeen years of friendship. Eventually Turnbull resigned. Westerway’s appearance in parliament came a few days later; what sealed Packer’s fate was the precision with which he identified the documents the tribunal would subpoena.

Kennedy had made notes at key moments during the enterprise, including a long record straight after his resignation. These notes revealed that he had exactly the opposite understanding of Packer’s planned role from what he (and Packer) had said publicly, including to the parliamentary inquiry. In Kennedy’s notes, Packer did intend to exercise control.

It was clear that Westerway must have had an internal source to know that these documents existed. He has refused to publicly identify this “prominent public figure,” except to say it wasn’t Kennedy. In addition to Paul Barry’s account of these events (The Rise and Rise of Kerry Packer), Neil Chenoweth’s book (Packer’s Lunch) adds some graphic detail.

Westerway waited in a parked car in a darkened street in North Sydney on a Sunday night to meet this source, who had said that “he, his wife and his family were all at risk.” In these melodramatic circumstances the key documents were handed over. Having received them unofficially, Westerway was able to demand them officially to use as evidence.

Although not identified by Barry and Chenoweth, the circumstantial evidence clearly points at Malcolm Turnbull, a prominent public figure with inside access, who had resigned the day before. According to Barry, Packer later accused Turnbull and Kennedy of “treason.” But in fact the whole attempt to gain control of Fairfax, and its failure, betrays more of his own born-to-rule arrogance, and his dishonesty.

Three weeks earlier, he had emphatically and repeatedly denied to the parliamentary inquiry that he would exercise any control over Fairfax. You are either going to have to believe me or call me a liar, he said. It was riveting television, silencing his questioners, and spoilt only by the fact that he was lying.

Moreover, just three weeks later, he was effectively caught out. Luckily for him, the extent of his dishonesty never came into public focus. But the tribunal’s demand for the key documents was enough to undo him.

When Packer’s hagiographers talk of his triumph before the parliamentary committee, it should be recalled that it was no coincidence that his quest for Fairfax ended in failure. ●

This article first appeared in the Age in late 2006. Malcolm Turnbull later conceded that he had provided the material about the Tourang bid to Peter Westerway.

Inside Story contributor Rodney Tiffen is Emeritus Professor of Politics at the University of Sydney.

Activists placing a life vest bearing the words “Open Arms” on the Christopher Columbus statue in Barcelona, Spain, last month, to draw attention to the loss of lives in the Mediterranean Sea. Emilio Morenatti/AP Photo 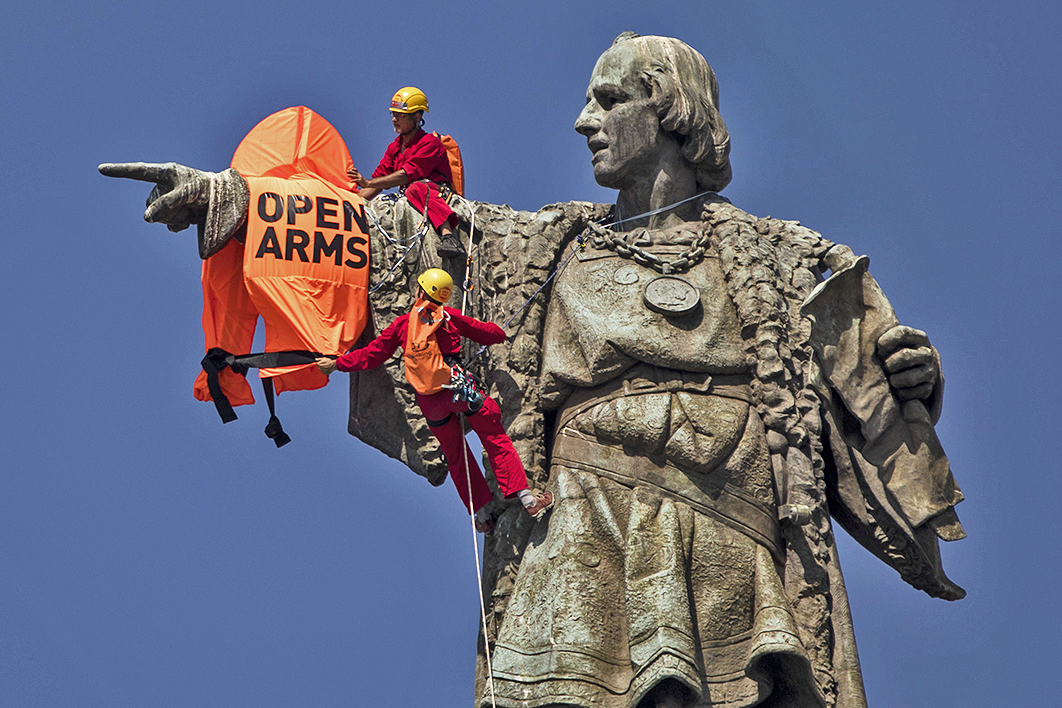 Activists placing a life vest bearing the words “Open Arms” on the Christopher Columbus statue in Barcelona, Spain, last month, to draw attention to the loss of lives in the Mediterranean Sea. Emilio Morenatti/AP Photo