How to kill a leadership

Under pressure, the prime minister should consider the case of Kevin Michael Rudd 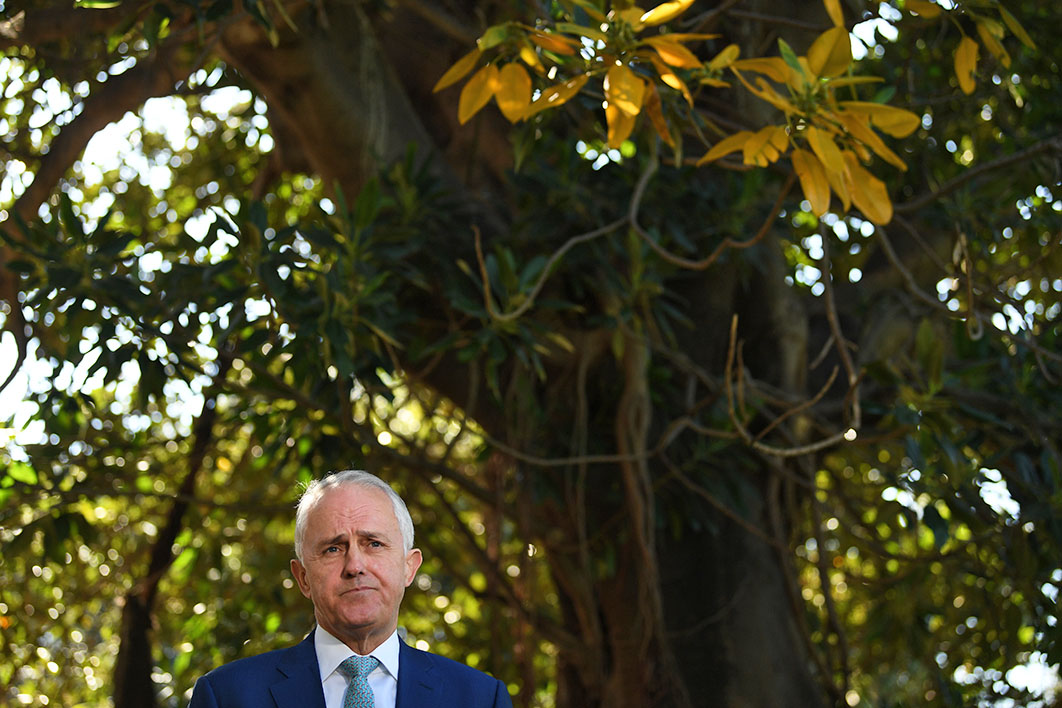 Voters wondered what on earth this guy stood for. Yes, it had long been apparent he was an uncourageous prime minister, overly obsessed with being liked, spinning his wheels for the nightly news… but climate change at least had been a constant.

Now the signature policy he had been crowing about for years, wielding as a weapon to split the opposition, insisting was absolutely necessary for the country — no ifs or buts — was suddenly dispensable.

The manoeuvre had all the hallmarks of Sussex Street operators who know everything about polling and nothing about earthlings, who believe it’s as simple as asking voters what they want and giving it to them.

As Labor found out, these big decisions can have unforeseen consequences.

In the opinion polls, Rudd’s announcement (leaked to a journalist first) produced a big drop in his approval ratings, dragging down his government’s voting-intention figures so that, for the first time, they dipped below 50 per cent after preferences. When caucus lopped him down two months later Labor was back ahead (just) in the polls, but it was too late. It is no exaggeration to say that dropping the CPRS led to Rudd’s demise as leader.

I bring all this up because a chorus is gathering for today’s prime minister, Malcolm Turnbull, to perform a U-turn on his big business tax cuts. The reason, apparently, is July’s by-election result in Longman, which saw a 3.6 per cent swing to the Labor Party off a 9 per cent drop in the Coalition’s primary support.

All of a sudden it seems the government is facing a likely loss at the next election! As if that wasn’t the general expectation before Super Saturday. Meanwhile, softly softly, national surveys have the Coalition in the best sustained position since 2016.

Turnbull’s position and Rudd’s contrast in many ways, but common to both is a high-profile government policy with negligible prospect of becoming law until, perhaps, after the next election, when (in July of the following year) a half-new Senate will sit. In both cases the government probably wishes the issue would just go away, to clear space for that poll.

Turnbull’s public persona is not as tightly tied up with business tax cuts as Rudd’s was with action on climate change. And in electoral terms, the policies themselves are very different. At the end of Labor’s first term, the idea of an emissions trading scheme (which the CPRS was) had lost much gloss but was still popular; soon after it was dropped, an ACNielsen survey found 58 per cent supported “an emissions trading scheme for Australia” and 30 per cent opposed. But it was susceptible to creating grief when voters heard that it would mean utility price increases. Tony Abbott’s “great big new tax on everything!” had some bite.

(At that stage, describing the scheme as a “tax” was just hyperbole. The following year, when Rudd’s successor Julia Gillard allowed it to become universally referred to as a “tax,” Abbott couldn’t believe his luck.)

The Coalition’s big business tax cut, by contrast, is unpopular in the community because it strikes people as unfair. It’s even likely that some voters on 28 July were sending a message to the government about exactly that. A by-election allows people to vote on issues that wouldn’t affect their decision at an actual general election, when the vast majority are expressing which side they believe should hold the reins for three years.

And you could say that the business tax cuts policy helps sustain the image of a government led by a squillionaire that knows little and cares even less about the struggles most Australians face.

But its potential as scare campaign fodder is close to zero. People might lie awake worrying about a possible hike in electricity bills, but no one tosses and turns at the thought of big business getting a tax windfall. In itself, it’s simply not a potential vote-changer at a general election.

It might soon be time for the Coalition to stop trying to ram this through the Senate. The fun derived from banging their heads against that wall should have ended a while ago.

So it would make sense for the government to announce that while it remains committed to this policy, and will attempt to legislate it again, if re-elected, it is letting it go for now. We’ve stated the reasons dozens of times (they can say) and of course we still believe this is right for the country. Here we stand, we can do no other. But the Senate is what it is.

But to proclaim that this is no longer government policy, and never will be, ever, as some seem to be advocating — because “we’ve listened to the voters” — would be diabolical for Turnbull’s standing. Voters don’t expect their leaders to agree with them on everything, and they don’t expect their prime ministers to be weathervanes.

And, as Rudd found, dumping a policy doesn’t necessarily negate its potency; instead, it can create a vacuum, because when you’ve spent so long arguing for it, it’s easy for voters to suspect you have a secret agenda to implement anyway.

In preparation for the 2016 election, the Labor opposition had to make a decision about climate change policy. The issue had so bruised them in the past, but it wasn’t going away. They wisely decided, against an avalanche of generous commentariat advice, that promising not to introduce an emissions trading scheme would make them a laughing stock — and no one would believe them anyway.

Turnbull has nailed his persona to the big business tax policy. Announcing that it wasn’t so important after all would deplete his authority in the electorate.

For politics-watchers it would make opinion polls and leadership speculation fun again, and potentially set in train a familiar sequence of events. ● 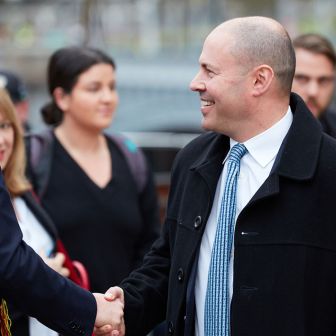 Paying the piper, but not quite calling the tune

The finance industry is over-represented among political donors. But hedging your bets only gets you so far 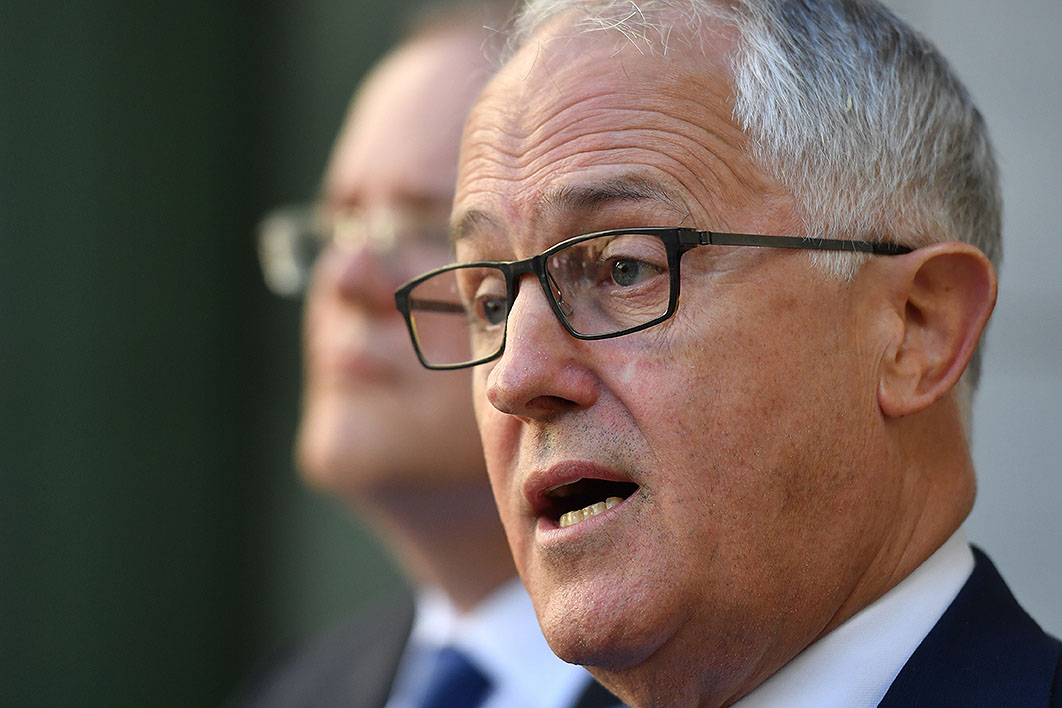